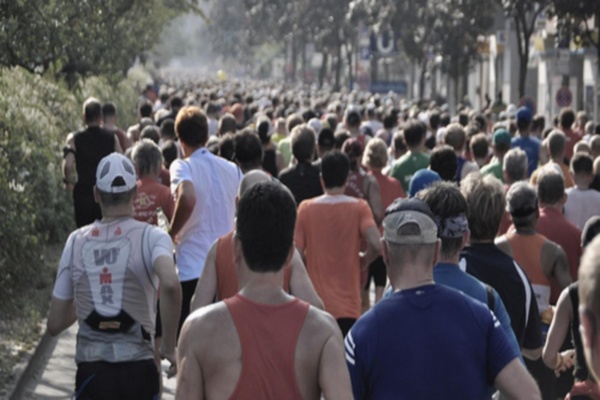 Forty-two countries. Fifty-two weeks. One marathon a week. Tristan Miller and Darren Foss of Run Like Crazy have some serious goals.

TRISTAN MILLER AND Darren Foss have already begun their journey around the world, during which Miller plans to test himself by running 52 marathons in just one year.

Run Like Crazy kicked off in Zurich, Switzerland on January 1, 2010. By the end of the year, Miller will have run just over 1,363 miles (2194.14 kilometers), not counting training. Foss is a newbie marathon runner who plans mostly to document the journey, but will also run in at least two marathons. 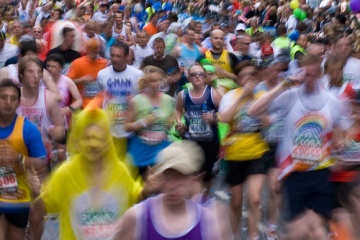 Why are they doing it? Besides hoping to raise $100,000 to pledge to UNICEF, Miller says:

“How often do we sit around with our mates and wonder what it would be like to jump on a plane and do all the cool things you dream about, all the things that a friend of a friend enjoyed on his/her holiday? To do it all you’d need 4 weeks a year for the next decade to scratch the surface. If you’re a sports/rock/movie star, they pay you to be in these places and have these adventures. Well, Dazzler and I are none of those things, but we want to have those adventures too and in 2010 we’re gonna do it all!”

Their itinerary is impressive, jumping from the USA to Cyprus in one week, tearing through Europe and Africa, and then heading back to the USA a few weeks later for another race. It isn’t hard to see why they expect the trip to cost about $150,000.

Miller’s biggest fear is getting sick or injured. In an attempt to avoid nasty stomach bugs, the men intend to cook most of their own meals while on the road. Miller also has to watch his weight and muscle mass to avoid injuries like stress fractures, but he’s confident he can pull it off.

Set some marathon goals of your own with these 50 Walk/Bike/Run Events.

Tagged
Running Zurich, Switzerland
What did you think of this story?
Meh
Good
Awesome

For the perfect day of hiking and Colombian coffee, head to Jardín
Little-known places to get the most breathtaking views in Kauai
The most sustainable and thoughtful gift ideas for the whole family
The 11 hardest, most dangerous mountains to climb in the world
Walk through World War II history on these hiking routes around the world