ON AUGUST 23, 2011, Gerlinde Kaltenbrunner, with support from the National Geographic Society, summited her final 8,000-meter peak: K2, the second highest mountain on earth after Mount Everest. From her base camp on the Chinese side of the Karakoram Range, she and her teammates, which included her husband Ralf Dujmovits–who did not complete the summit–took seven days to complete her ascent. The other team members in the 10-week expedition included Maxut Zhumayev and Vassiliy Pivtsov of Kazakhstan, Darius Zaluski of Poland and NatGeo photographer Tomas Heinrich of Argentina, who also turned back with Dujmovits due to precarious snow conditions.

For good reason, Kaltenbrunner and her team remain stoked. “I can’t believe how lucky we were to reach the summit together in this fantastic weather, despite the difficult conditions during the ascent,” she said. “I would like to thank everyone for their ‘mental support,’ which I could clearly feel and which literally carried me to the summit.”

Before their feat, only 24 people had summited all 14 tallest mountains, including teammate Dujmovits, who ascended K2 in 1994, and only 10 of the 24 made the ascents without supplementary oxygen. During the back- and record-breaking climb, Kaltenbrunner’s team took a few moments to capture their excitement. All rights are reserved for the attached photos. 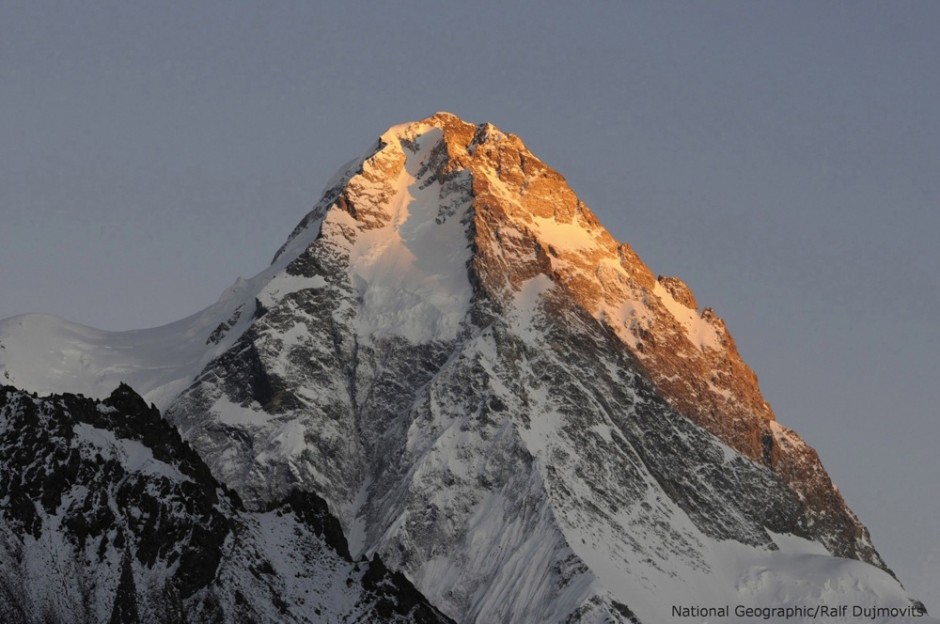 Sunlight on the north side of K2 during Gerlinde Kaltenbrunner's 2011 Expedition. Photo: National Geographic/Ralf Dujmovits 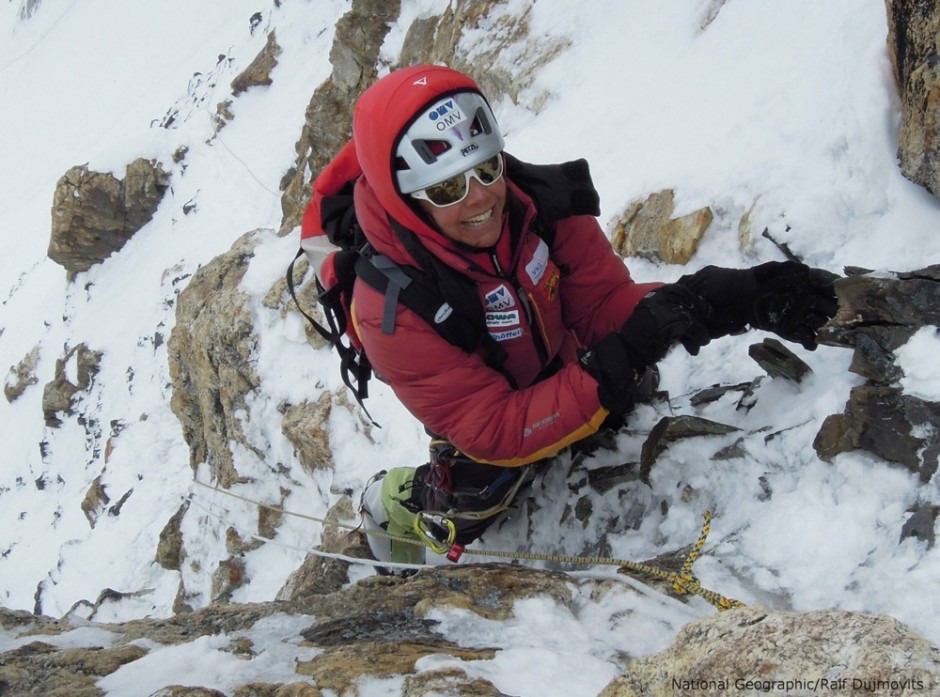 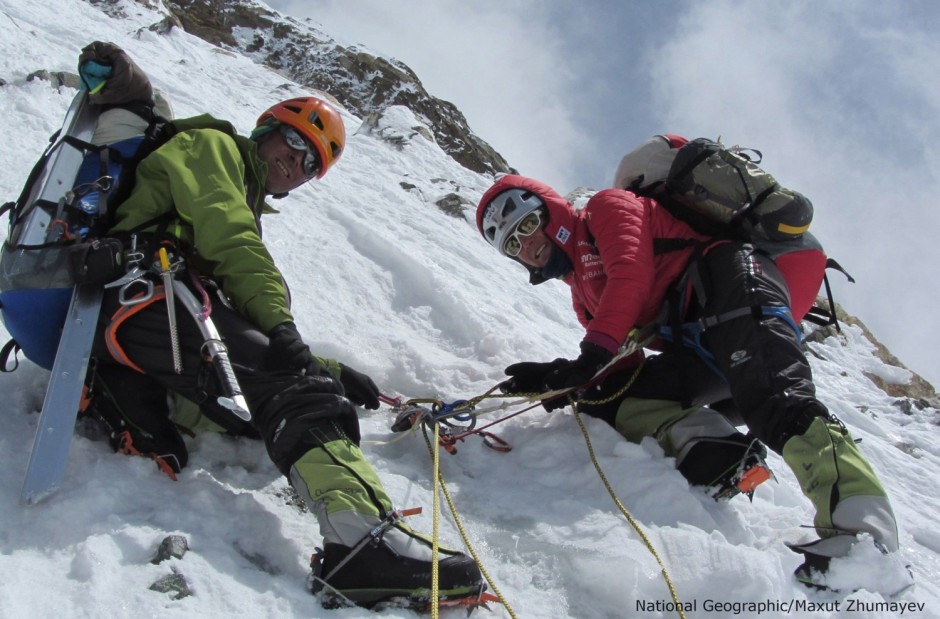 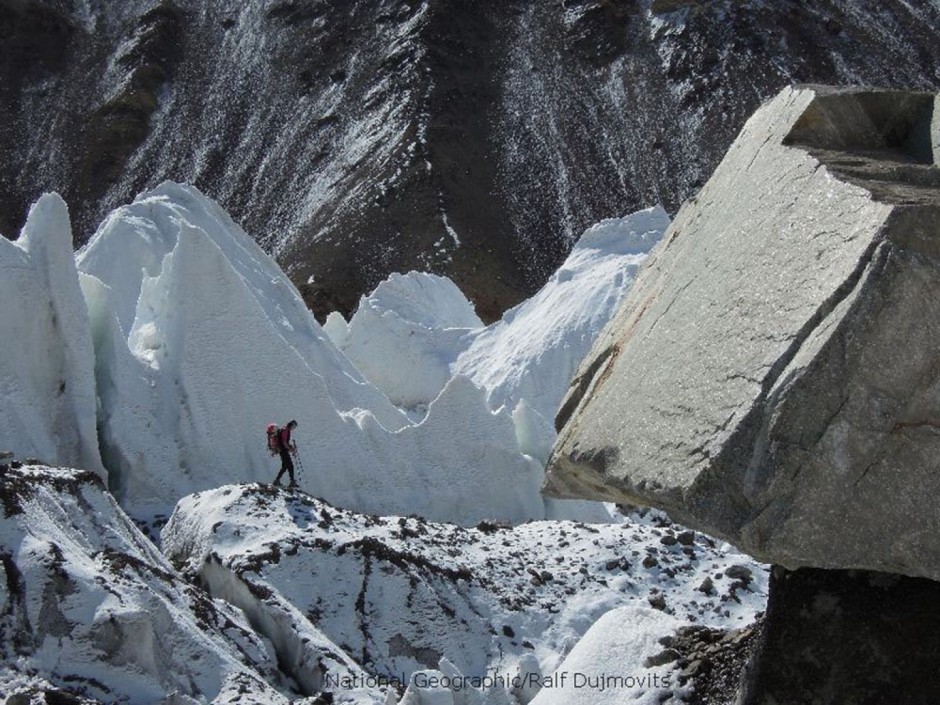 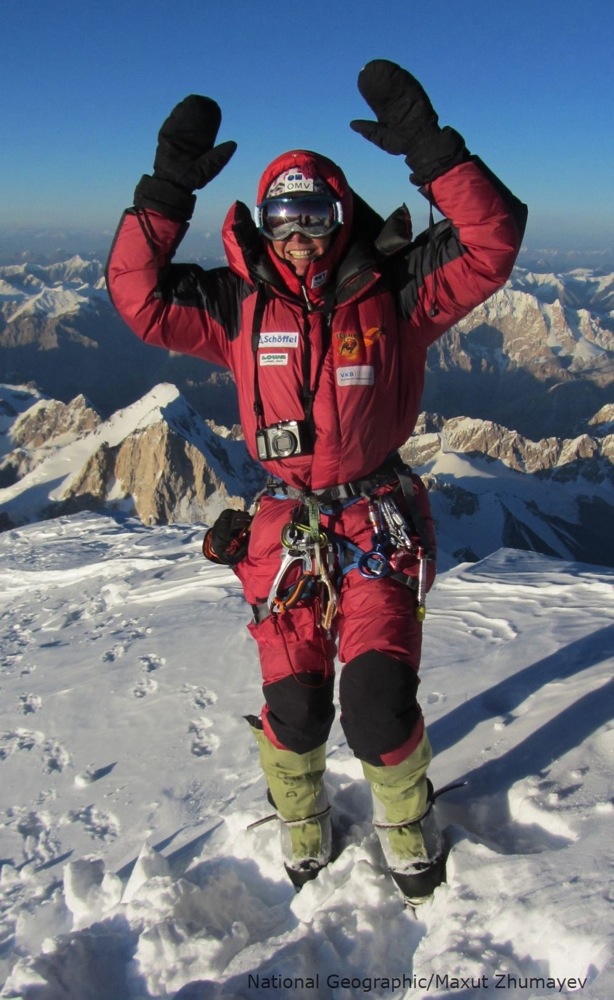 Kaltenbrunner cheers as she reaches the top of K2, becoming the first woman to summit all 14 of the world's highest peaks without using supplementary oxygen. Photo: National Geographic / Maxut Zhumayev 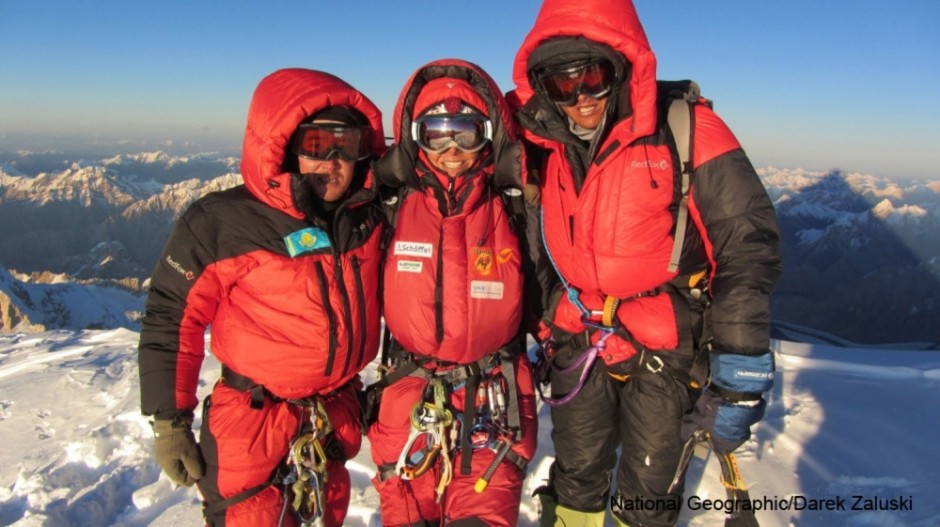 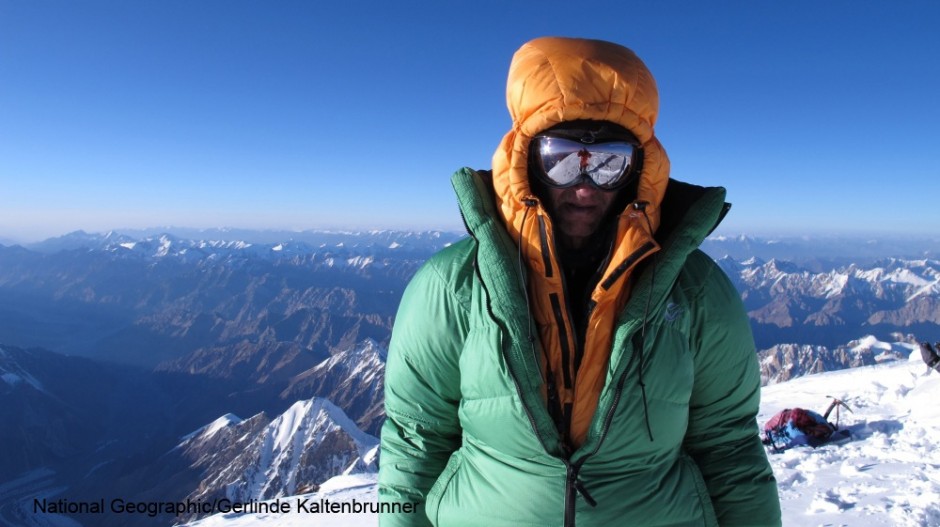