View all travel news
Top Destinations
Top CitiesView All Destinations
Trending Regions
Trending Cities
Load More
Having traveled Mexico’s Baja peninsula for over 20 years in search of waves and the simple life, Rusty Long reflects on what makes Baja so special and how many preconceptions of a “dangerous” Mexico have it all wrong.

I’VE BEEN TRAVELING through the Baja peninsula since I was 10 years old, when my dad piled my brother, sister and me into our family’s 1971 Volkswagen Van, puttering 12 hours down south to a remote point of land: a surfing/camping paradise. I learned a lot about life and the bigger world that trip and those that followed over the years. How “lots of the world gets by” as my dad told us as we passed the simple Baja towns with all sorts of improvised shelters and carts everywhere selling tacos that cost a dollar for three, tasted amazing and were tended with culinary mastery. 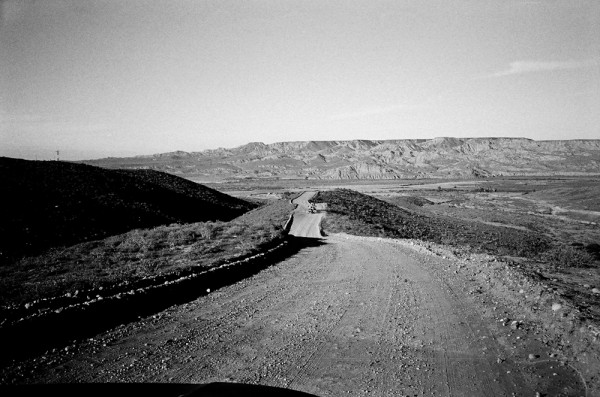 Most coastal access is all on dirt roads. Nothing better.

Opening our eyes was part of why Dad took us down there, for us to see first hand how fortunate we were in comparison to some of the struggling we saw, but also to show how simple life can be, and is, in many places without all the rapid pace stuff. One of the greatest lessons traveling teaches is the happiness that comes with that simplicity. 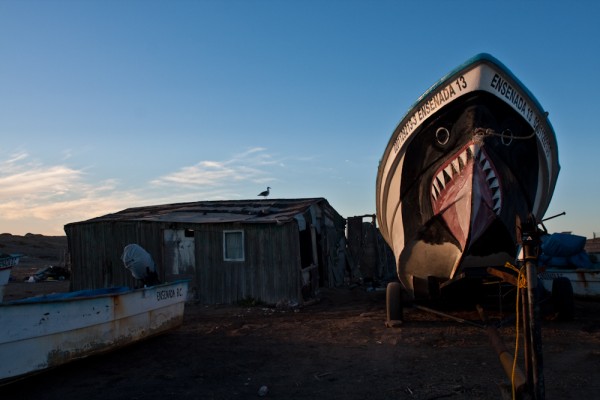 Panga and a shack, that’s how lots of people do it.

The overall experience was another factor, and I have memories of running around the expansive sand dunes which taper into the ocean, really learning to surf on the perfectly peeling waves, finding whole whale skeletons on coastal hikes, catching fish off the end of the points and having lavish taco dinners by the fire with the eclectic group of Baja surfers and local fisherman that also hung around this special place. 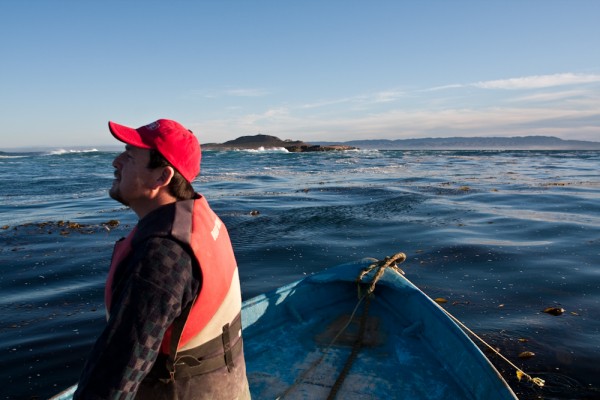 Jorge has been working these waters for years and is one of my go to guys at this area.

Since then so much of my surfing life and success has come from adventures in the big waves in Baja and Mainland Mexico. Many of these adventures involve going out to sea with local fisherman on their pangas to these remote, scantly traveled places, with large, powerful waves. The generosity and kindness of the local people in these fishing villages and all through Baja was something that struck me early on and continues to amaze me on every trip since. Simple kindness, willingness to help, deft ability, and mutual interest to have an adventure along the coastlines they know like nobody else. And in return we help with things they can use which come easier to us. I actually go there these days to have those real types of interactions with people, a bit of a soul refresher when living in Southern California. 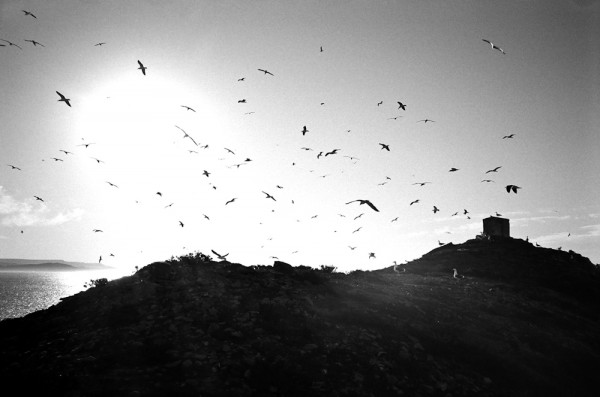 Some of the more remote spots I like to camp and surf are bird sanctuaries.

My last trip this past summer, I had one of these types of encounters with a local man. I was deep down, about 16 hours south of the border, with a couple buddies. We just had epic waves and were on our way home. You always hope things go smoothly on these long drives but usually expect some sort of incident. This time it was two blown tires within an hour on the dirt road. No choice but a hitchhike trip into town an hour away with a guy that had no engine cover over the center consol engine compartment.

The thing was about to blow up, that’s why he kept the cover off, keeping it just cool enough, while the hot, engine air filled the van as it limped along at 35 mph. My buddy and I had to zone out to get through that one but were gracious for the ride. 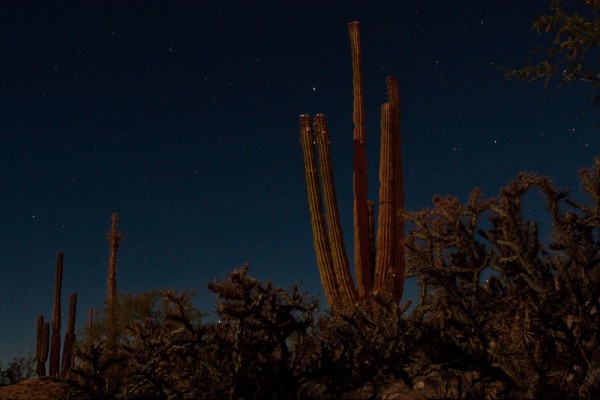 The cactus forests of central Baja are incredibly unique with many existing only here. Seen under a full moon.

He dropped us at a tire shop, I bought two tires and the owner insisted to drive us back to the car. I told him we were a bit unlucky at first when we went in his shop, and he asserted to us “NO, you are lucky!” and reminded us that two tires that could be replaced are no big deal. I didn’t understand the intensity of his statement until partway through the ride, when I asked about his children. His teenage son had just died months prior. He was in a place I cannot imagine, but was spreading kindness our way in a heavy dose.

Every time I go down into Baja, people are happy share what they have, whether it be a fish or a ride, or getting in the dust to help change a tire. Selfless acts of human decency, people with much less giving much more. It’s special. 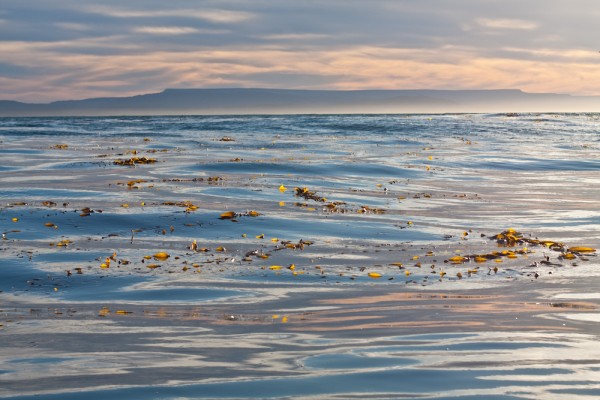 In this part of the world, the ocean is still very fertile, thanks to subsistence fishing practices, not pillaging.

That’s why all the current drug trade and the effects it’s had on everyday people has saddened me. It’s a heady, complicated topic, and the international media has, unfortunately, bottled Mexico as a whole into these border regions, where the action unfolds for the most part. Five years ago, Baja and Mexico were bustling with tourists, which created a viable income source for people. In return, the people created memorable and enjoyable experiences for those that visited.

The E-brake has pretty much been pulled since Calderon busted up the dominant cartels, backed heavily by U.S. financing. The flow of drugs has not stopped, and violence has prevailed. The current situation makes a strong case that order and high-level corruption was better than disorder, violence and high-level corruption. I really hope it is something that organizes itself out, so the 99.9 percent of people living in Mexico can once again have things back to normal and the misnomer of Mexico as a dangerous place can be removed. In my 20 years of traveling there, I’ve experienced nothing but kindness. 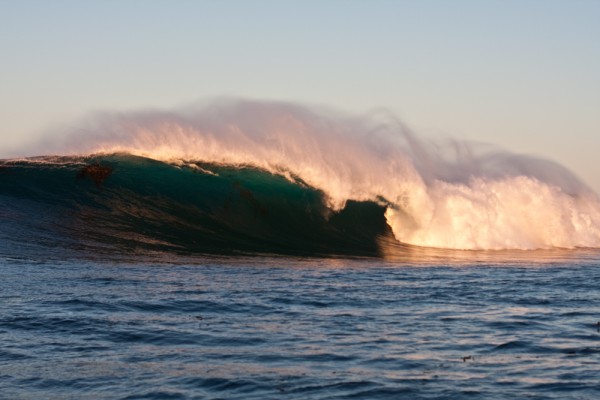 An early morning wave. Always worth it.

How To Become Mexican in 25 Easy Steps