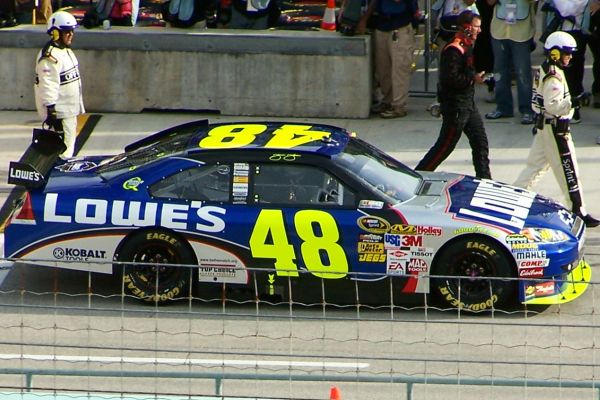 The biggest race of the NASCAR season falls on Valentine’s Day this year. What could be more romantic than high-octane gas, engine noise, and drinking beer from a can?

NASCAR season starts on the second or third Sunday of February every year with the Daytona 500, the biggest race in its ten-month season. Cars were wheeled back into the garage just last November, barely enough time to analyze what went right and wrong last season before qualifying starts.

Unlike older race circuits, which basically evolved from backwoods moonshine-running, modern NASCAR is a complex sport. It takes almost a million dollars a week to put a car on the track. Multiply by thirty-six races per year, then by three or four cars per team, and even the non-fan can sort out how big this slice of sports entertainment is. 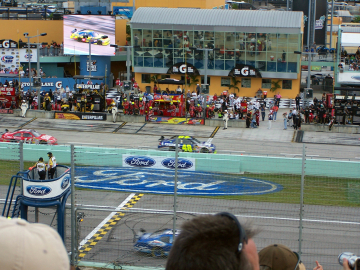 Three major series compete on any race weekend: Sprint Cup, Nationwide, and Camping World Truck. It’s the Sprint Cup most people envision when NASCAR comes up in conversation. The other two are essentially the minor leagues for aspiring stock car drivers.

There have been some interesting developments in Silly Season, the nickname for the time, usually as the season winds down, when speculation begins on which driver is going where and which teams are going to expand or fold. Danica Patrick is set to be the first high-profile woman to crawl inside a NASCAR rig. She’ll be driving in the Nationwide Series for JR Motorsports, Dale Earnhardt Jr’s team.

Junior himself has been a disappointment so far. He didn’t win a single race last year, though that fact hasn’t stopped fans from voting him “Most Popular Driver” seven years in a row. His fans are loyal, so loyal that if he doesn’t finish, they often pull down their #88 banners and head on home. 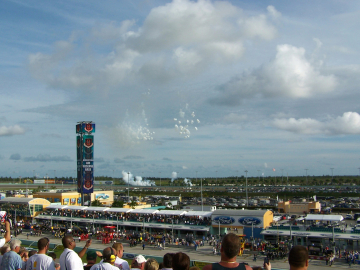 I’m heading to Bristol, Tennessee to see my first race this spring. My girls in the Middle Tennessee Mafia say it’s about time, me being raised in western North Carolina and all. These are the right women to go with, hardcore fans who wake up in their Jimmie Johnson and Ryan Newman pajamas on race day, drink their coffee out of NASCAR-sanctioned cups, and watch Speed Network for the pre-race analysis. I’ll need to pick a driver to support in the coming month.

Being a pioneering woman myself, I think I’ll go with the girl.

Books are a lot lower-maintenance than cars (or significant others, for that matter). Matador Goods shares their picks for 10 Sets of Sheets to Get Between on Valentine’s Day.