There’s a certain aesthetic attached to the oldest cities in the world: bustling souks beneath a bright blue sky, flowing garments made of whispery white cotton, stone masonry painted yellow by the sun.

In reality, however, the oldest cities in the world have faced deep unrest throughout their long histories. Tragically, some are still uninhabitable. The Syrian town of Aleppo, for example, is likely the oldest continuously inhabited city in the world but rages with civil war today. Damascus too is categorically off limits.

That’s not to say the ideal is lost. Some of the oldest cities in the world are flourishing. Places like Plovdiv in Bulgaria have adapted to modern society while preserving the beauty of times long past.

We examine below both sets of cities: those that flourish and those that still fight. 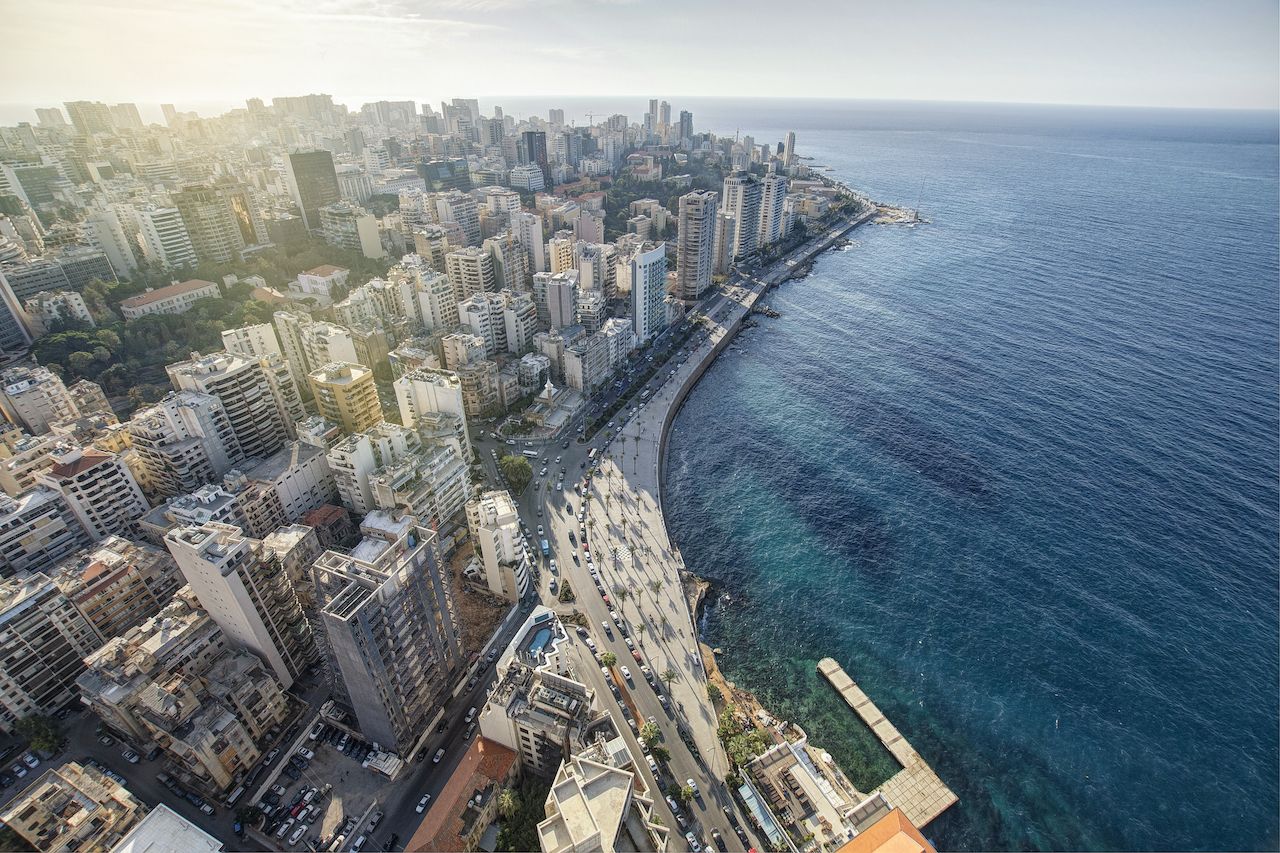 Beirut, often likened to a Phoenix, has been destroyed and rebuilt seven times. It’s mentioned in letters to the Pharaoh of Egypt as early as 14th century BC and archaeologists have unearthed flint tools dating from the Middle Paleolithic and Upper Paleolithic through the Neolithic to the Bronze Age.

Top sight: National Museum of Beirut — the city’s foremost cultural institution charts Lebanon’s history and features pieces from the Bronze and Iron ages as well as from the Hellenistic, Roman, Byzantine and Mamluk periods. 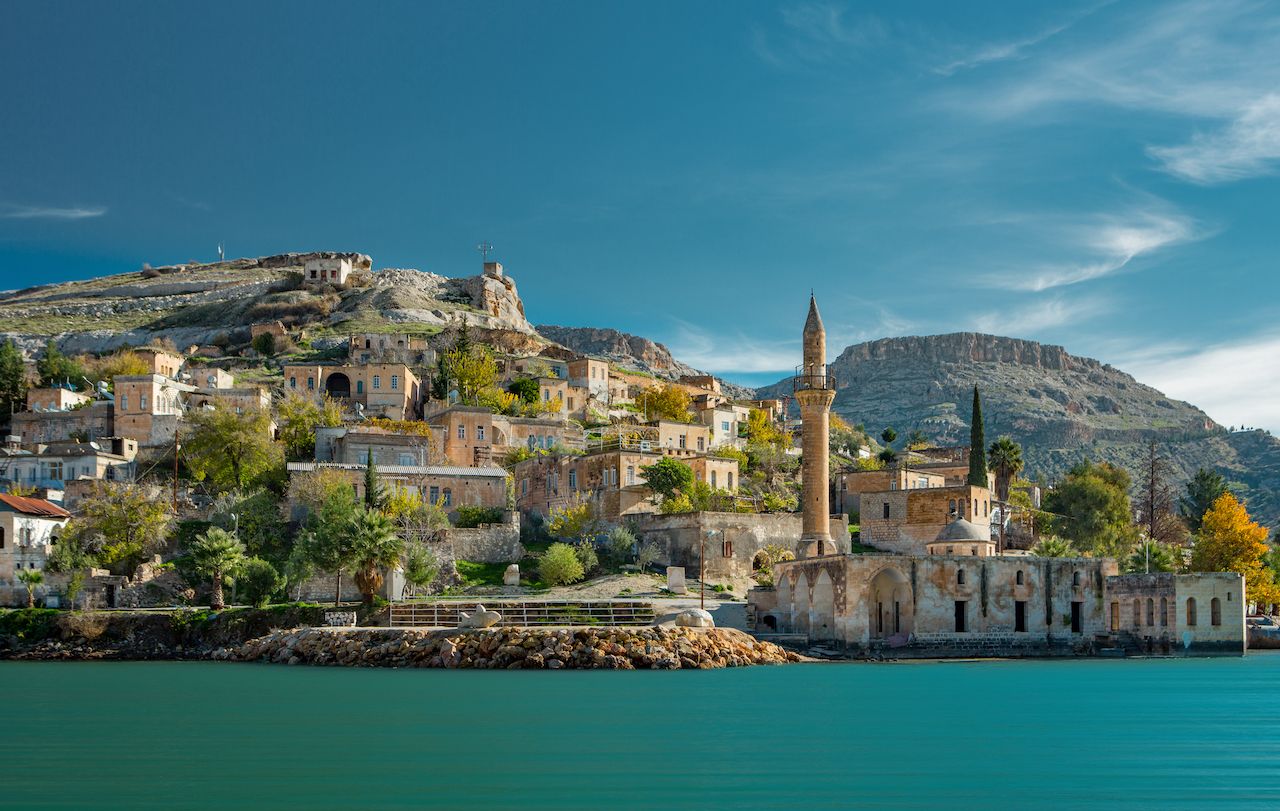 Gaziantep, like many of the other oldest cities in the world, has passed through many hands in its extraordinarily long history including the Byzantines, Crusaders and Ottomans.

Situated in southern Turkey, close to the Syrian border, it is today one of the leading producers of machined carpets, exporting $700 million of carpets in 2006 alone.

Top sight: Gaziantep Zeugma Mosaic Museum — the biggest mosaic museum in the world with 1700m² of mosaics, many of which were unearthed at the Roman site of Belkıs-Zeugma before the Birecik Dam flooded much of the site forever. 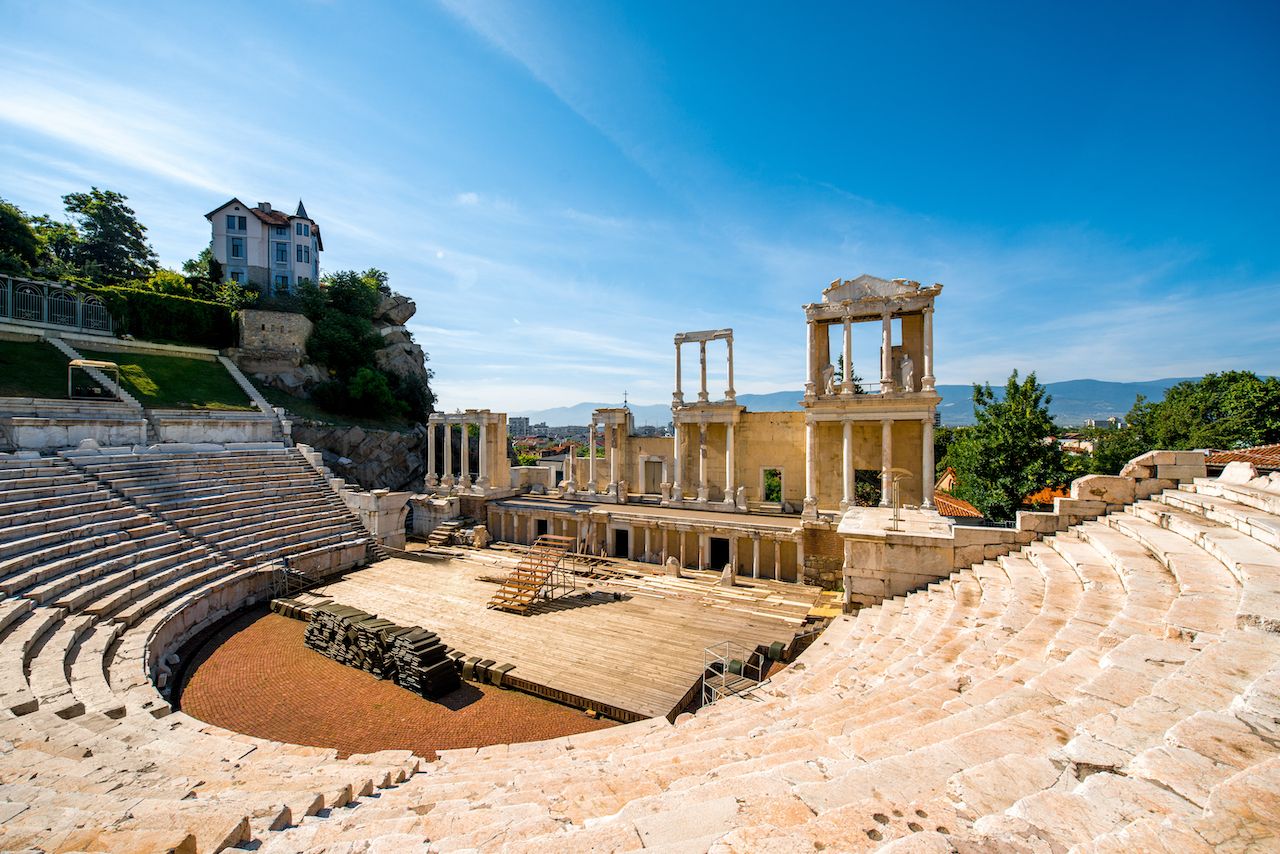 Plovdiv, the second-largest city in Bulgaria, has long competed with the capital, Sofia. Originally a Thracian settlement, it later became a major Roman city before falling to the Byzantines and Ottomans.

Today, it is an ethnically and religiously diverse city with a range of churches, mosques and synagogues as well as an Armenian church and Gothic cathedral. Its tolerant attitude and vibrant culture has won it the title of European Capital of Culture for 2019.

Top sight: Plovdiv Roman Theatre — constructed under the rule of Emperor Trajan, the theatre was only uncovered in modern times after a freak landslide in 1972. Now restored, it’s used as a venue for special events and concerts. 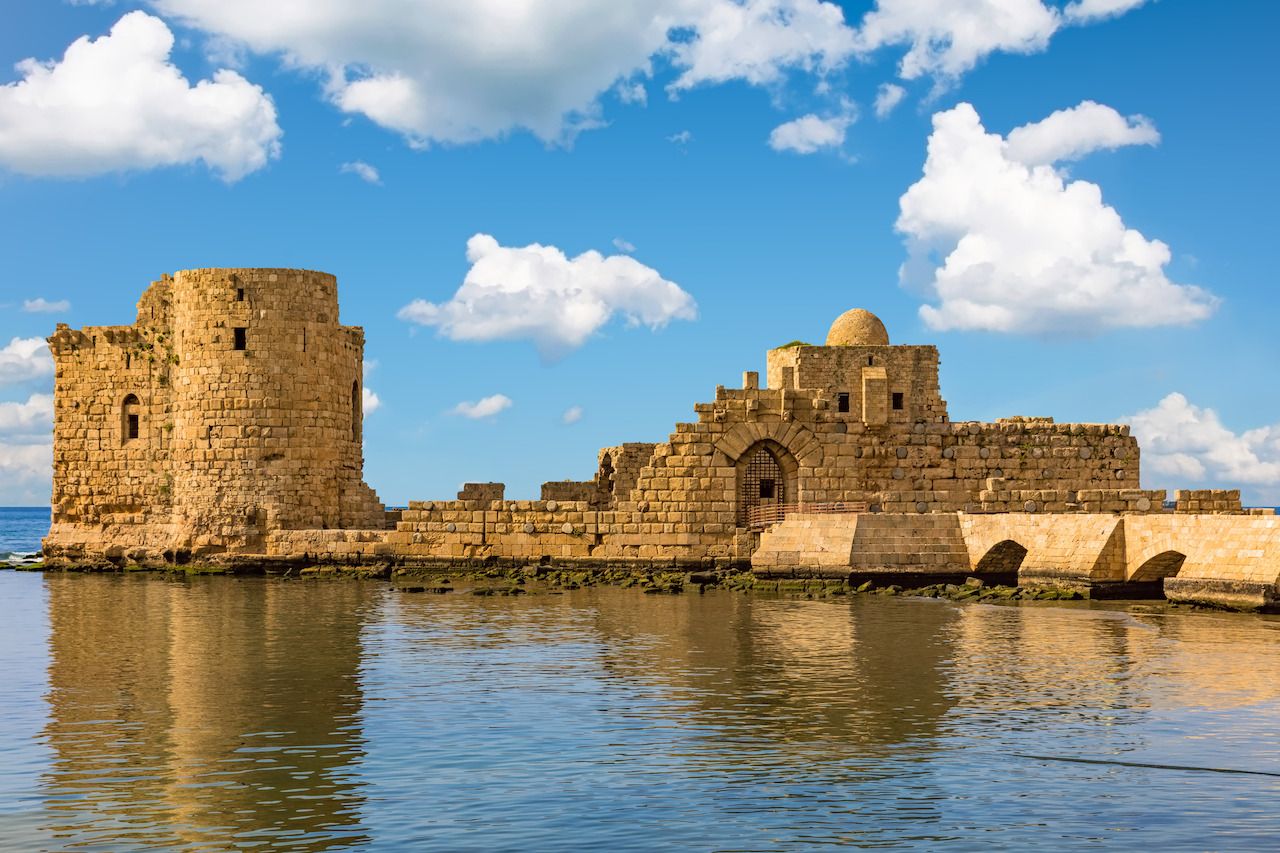 In Christianity, Jesus performed his first miracle of turning water into wine in Sidon. If not miraculous, then Sidon is certainly magical. Located on the Mediterranean coast, 40km (25 miles) from Beirut, Sidon’s Old City is a beautifully preserved maze of narrow alleyways, arched pathways and a number of mosques dating back to the Umayyad Era.

It’s said that St Paul once visited Sidon as did Alexander the Great who of course went on to conquer the great city.

Top sight: Sidon Sea Castle — constructed by the Crusaders, the sea castle sits on a small island connected to the mainland by a stone causeway. The castle was destroyed by the Mamluks to prevent the Crusaders returning to the region and later restored by Fakhreddine. 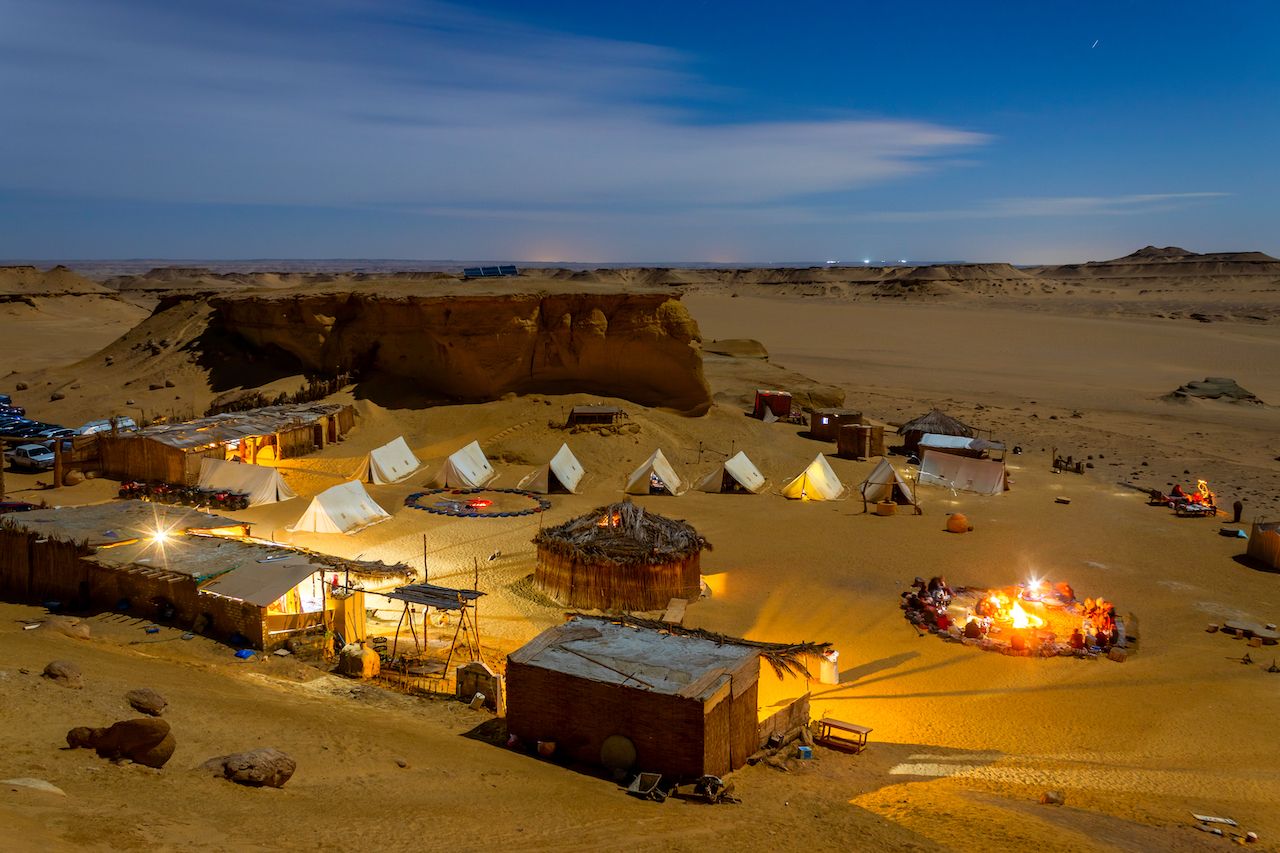 Located 100km (62mi) southwest of Cairo, Faiyum occupies part of what was Crocodilopolis, an ancient Egyptian city which worshipped a sacred crocodile named Petsuchos. (It sounds made up but we checked.) Petsuchos lived in a special temple pond and was fed by priests with donated food. When Petsuchos died, it was replaced by another crocodile.

Today, Faiyum comprises large bazaars, mosques and baths with the nearby Lake Qarun a popular vacation spot for city-swelling Egyptians.

Top sight: Wadi Elrayan — a natural depression in the western desert of Egypt comprising two lakes connected by Egypt’s only waterfall. Elrayan was designated as a protected area in 1989 to preserve the area’s biological, geological and cultural resources. 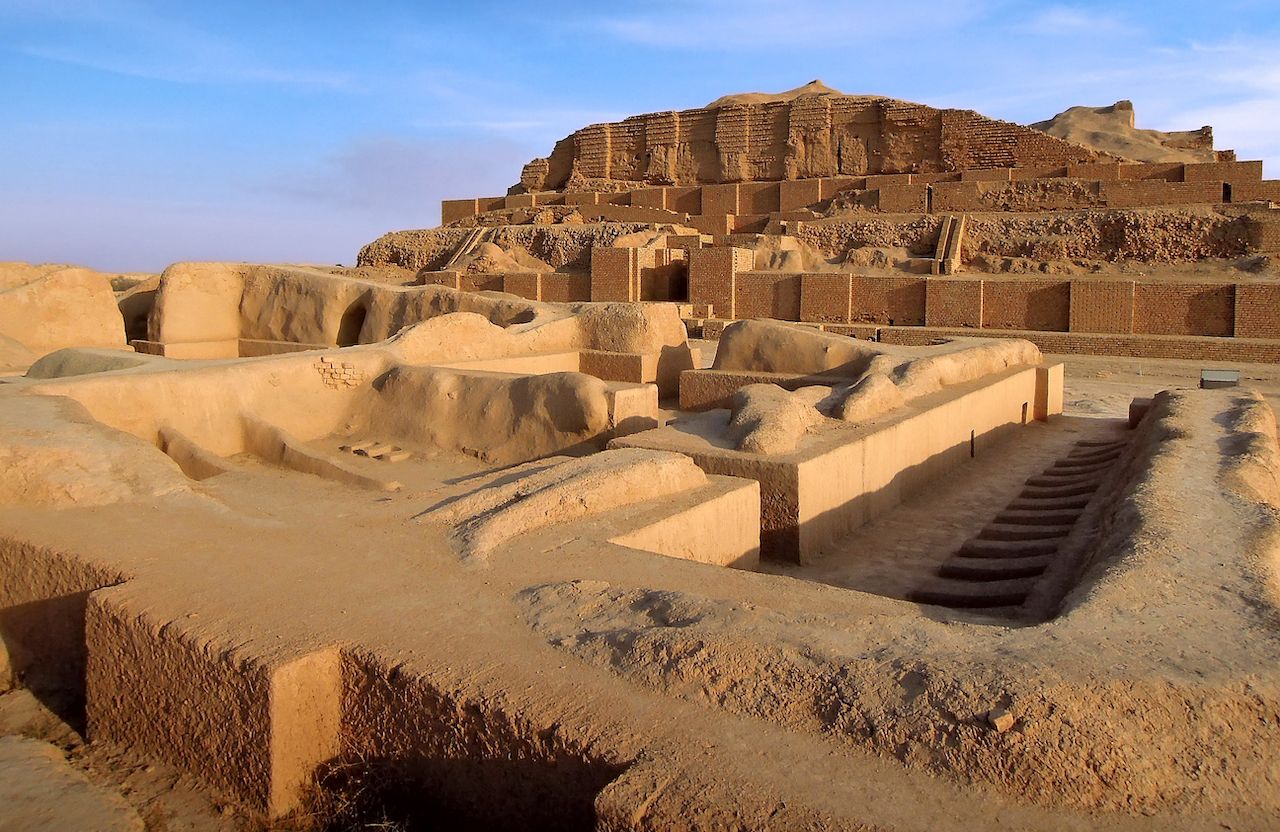 Susa is the setting of The Persians, a tragedy by Aeschylus and the oldest surviving play in the history of theatre.

Susa is mentioned by the name of Shushan in the Hebrew Bible, mainly in Esther, but also in Nehemiah and Daniel. It’s said that both Daniel and Nehemiah lived in Susa and that Esther became queen there, married King Ahasueurus, and saved the Jews from genocide. The city has since been renamed to the rather delightful Shush.

Top sight: Shush Castle — constructed under the leadership of French archaeologist Jean-Marie Jacques de Morgan in the late 1890s, Shush Castle is now open to the public as a museum. It was heavily damaged in the Iran-Iraq war of the 1980s but has since been fully restored by the Iranian government. 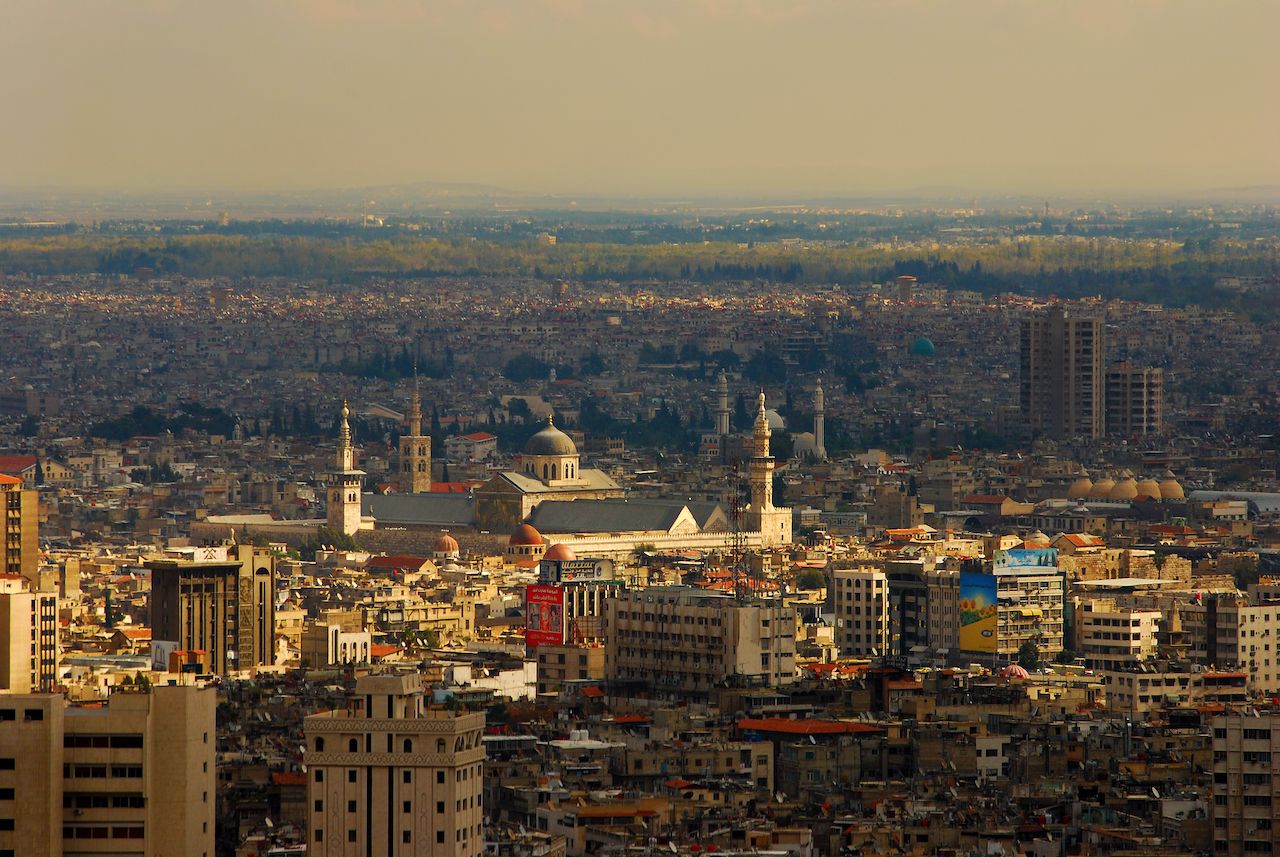 Named by some as the world’s oldest inhabited city, Damascus may have been occupied as early as 10,000 BC, although this is debated. One of the world’s great ancient cities, Damascus has been conquered by Alexander the Great and ruled by the Romans, Arabs and Ottomans.

The city became an important settlement after the arrival of the Aramaeans, a Semitic people from Mesopotamia who established a network of canals still used by the city’s modern water networks.

Top sight: Umayyad Mosque — the city’s greatest tourist attraction is said to be home to the head of John the Baptist. It also contains the mausoleum of Saladin and is believed by Muslims to be the place where Jesus (Isa) will return at the End of Days. 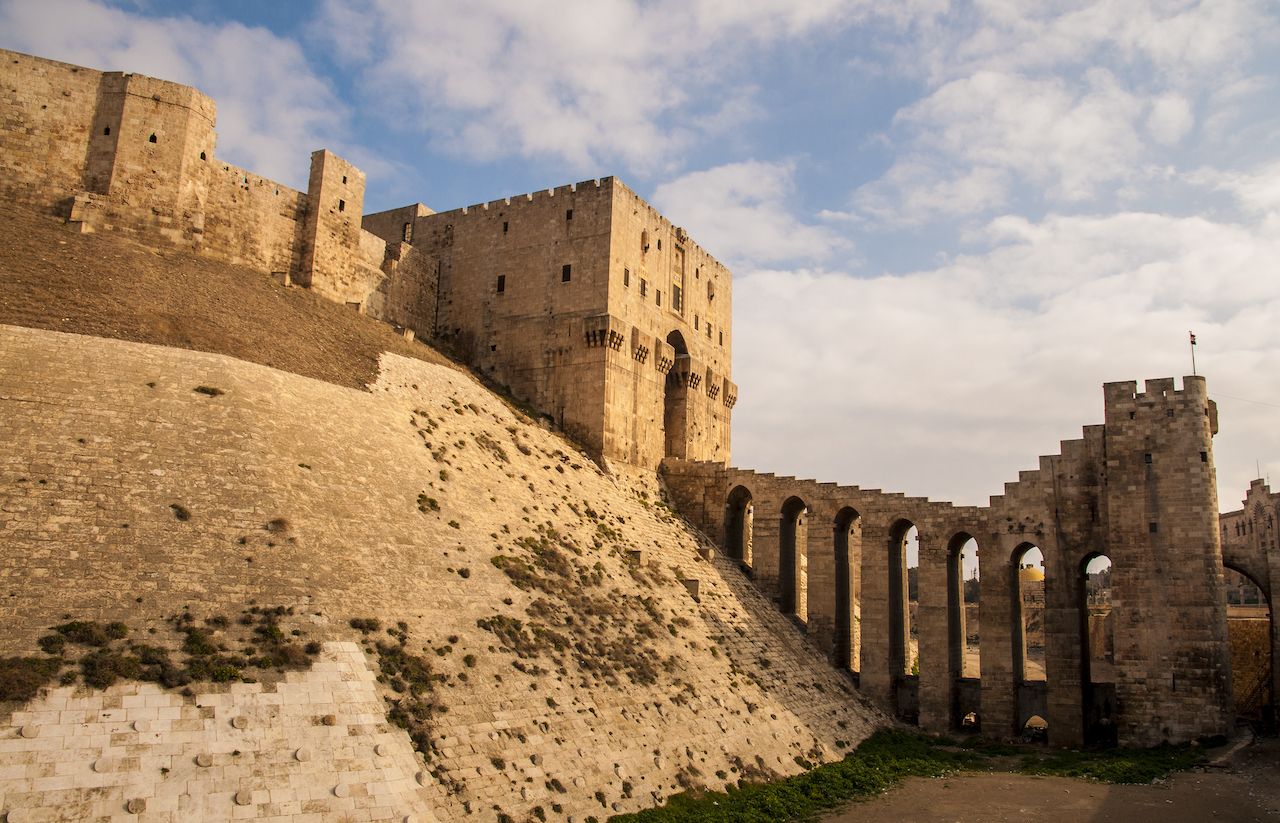 Situated at the crossroads of several early trade routes, Aleppo was ruled successively by the Hittites, Assyrians, Arabs, Mongols, Mamelukes and Ottomans.

Currently embroiled in civil war, the city has suffered a tumultuous history. Its earthquake of 1138 is commonly listed as the third deadliest earthquake in history after Shensi and Tangshan earthquakes in China, a result of its location along the northern part of the Dead Sea Transform fault system on the boundary of the Arabian and African plates.

Top sight: Aleppo Citadel — built in the 13th Century, the citadel overlooks Aleppo’s Old City and is ‘protected’ as a UNESCO World Heritage Site. Tragically, the citadel was damaged last year by bomb blasts. The BBC has reported that fighting on the ground and government airstrikes have destroyed more than 60% of the Old City. 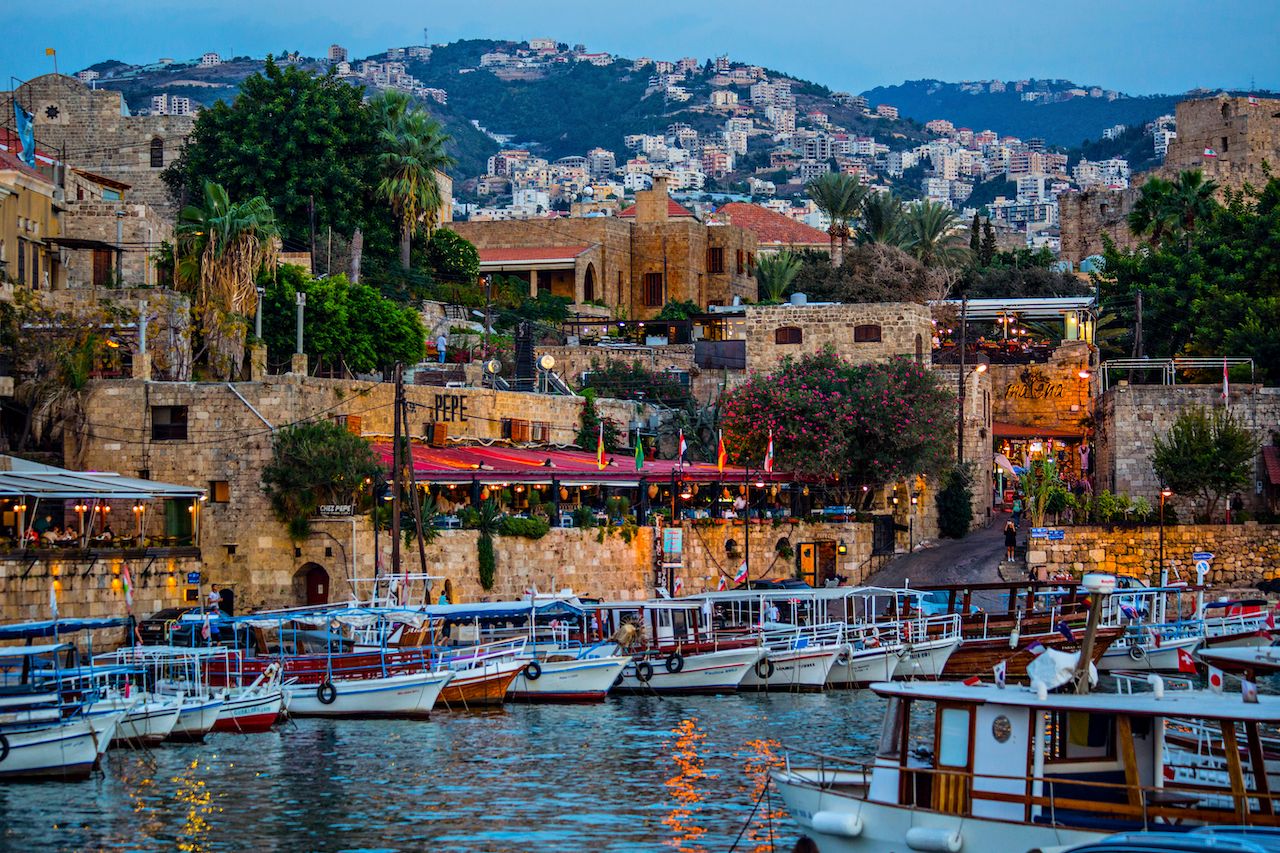 Byblos, as named by the Greeks who imported papyrus from the city, is home to the Phoenician alphabet, the world’s first widely-used alphabet.

Located on a cliff of sandstone 40km (25mi) north of Beirut, the city has been continuously inhabited since Neolithic times. Today, it is growing in popularity as a cultural tourist destination and offers a mixture of ancient ruins, sandy beaches and picturesque mountains.

Top sight: Byblos Castle — built by the Crusaders in the 12th Century, the castle was dismantled by Saladin in 1190 and then rebuilt in 1197 after the Crusaders recaptured Byblos. Today, it stands near a number of Egyptian temples, a Roman amphitheatre and Phoenician Royal Necropolis — a testament to the city’s rich and varied history. 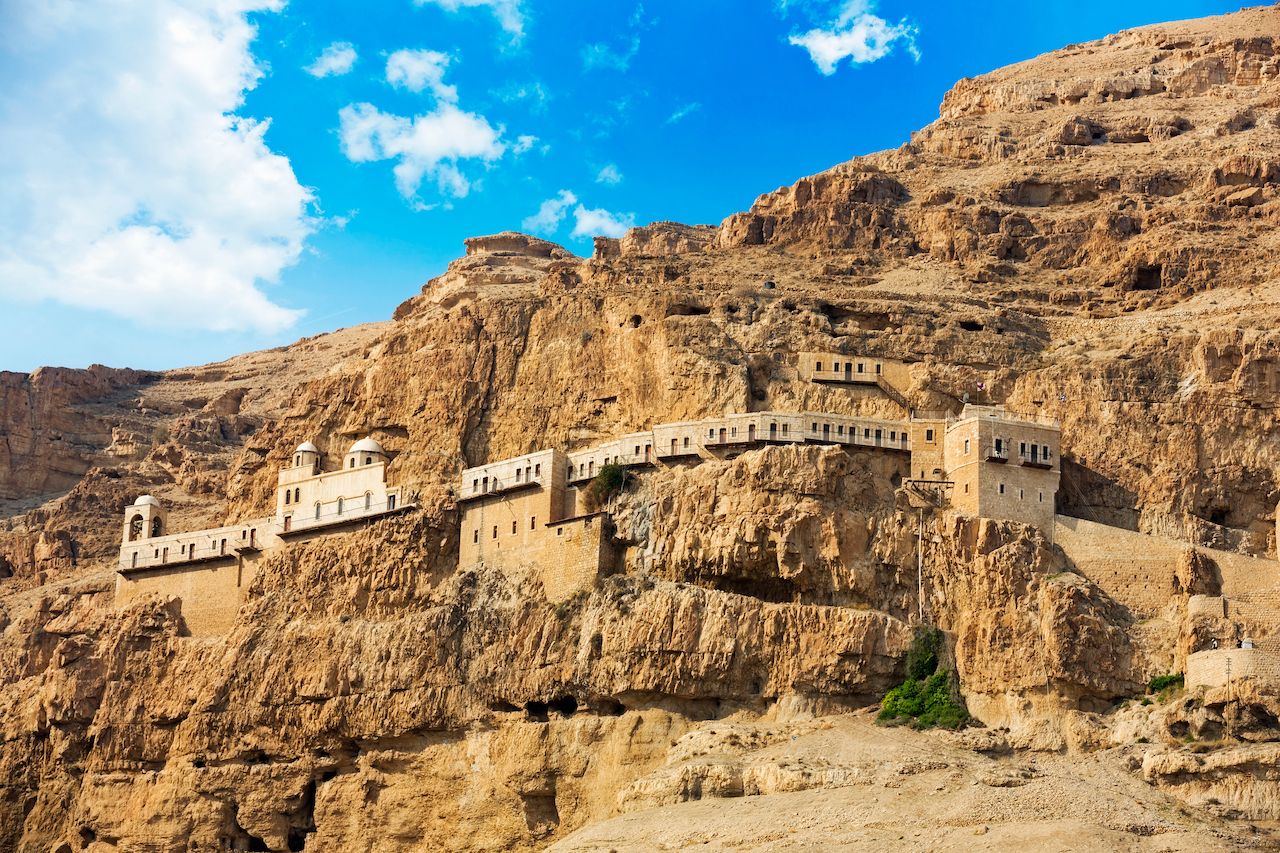 Seen glittering in the distance from the banks of the River Jordan, Jericho is likely the oldest city in the world. Archaeologists have uncovered the remains of 20 successive settlements, dating back 11,000 years, although it should be said that the city was abandoned for great periods in between.

The city was occupied by Jordan from 1949 to 1967 and has been held under Israeli occupation since 1967. In 1994, it became the first Arab town in the West Bank to be given administrative autonomy under an agreement between Israel and the Palestine Liberation Organisation.

Top sight: St. George Orthodox Monastery in Wadi Qelt — built in the late 5th century AD by John of Thebes, the monastery clings to the cliffs of Wadi Qelt. Like other sights across the oldest cities in the world, the monastery has been destroyed and restored across the centuries and is open today to pilgrims and visitors.