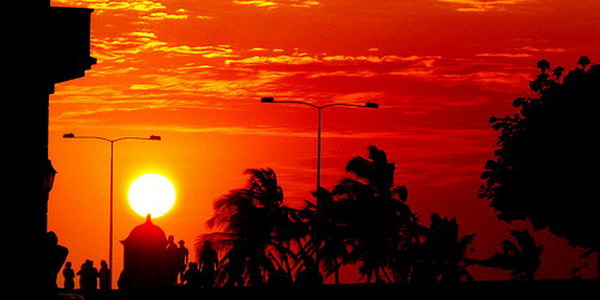 Photo by Luz A. Villa

COLOMBIA IS ALREADY a smoking hot destination for adventurous travelers, but few people have heard of destinations beyond Bogota, Medellin and Cartagena.

Look beyond the boutique hotels, get off the tourist trail and explore some of the lesser known gems of Colombia. These 10 incredible destinations aren’t on the international travel radar…yet.

The final portion of Colombian coastline before Venezuela, La Guajira remains an unknown destination. Swaths of desert run from the interior of the department right up to the Caribbean, and one of Colombia’s last functioning railways moves coal and salt from the mines at Cabo de la Vela to the rest of the country.

You won’t find a more spectacular sunset in Colombia.

Colombian coffee is famous throughout the world, but very few coffee lovers have even heard of the Colombian Cafetero (the Colombian Coffee Zone) and the delights of Salento.

Located in the department of Quindio, Salento provides the visitor with a glimpse into authentic rural Colombian life. Don’t miss the opportunity to explore the nearby Valle de Cocora and the towering wax palms (Colombia’s national tree) that can measure up to 60m in height. 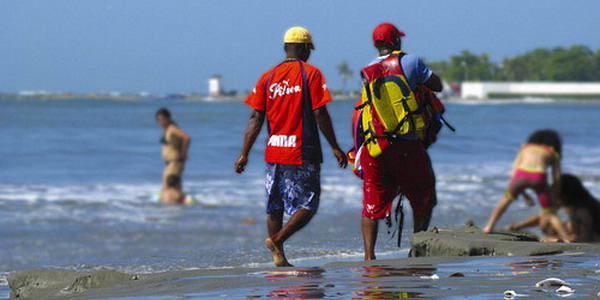 Photo by Luz A. Villa

The towns of Nuqui and Bahia Solano are relatively close to one another and offer similar treats. If watching humpback whales crashing down after their breach, surfing deserted breaks, hiking to clear waterfalls and diving to wrecks is your bag, then get to the Chocó coast double quick.

Largely put on the map by Shaun, the Australian born owner of the Macondo Hostel, San Gil is growing in stature as a tourist destination, and rightly so.

This balmy town lies at the centre of Colombia’s adventure tourism department of Santander. With up to Grade V rapids on its rivers, caving, abseiling and paragliding opportunities, combined with small perfectly preserved colonial towns found nearby, San Gil is an ideal base for adventure sports. 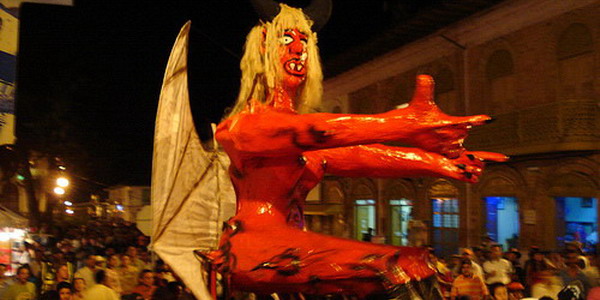 There are two Colombian festivals that deserve special note. The first is Carnaval de Riosucio which takes place in the department of Caldas every two years from the first Thursday in January. Devil-like effigies abound and the partying is hard here in center of the country.

Another incredible festival is Valledupar’s Festival de la Leyenda Vallenata. Held in the last week of April every year, the otherwise underwhelming city of Valledupar is awash with whisky and the beats and rhythms of the guacharaca, accordion and drums. Be ready to get your drink on; parties start late and finish when the last man is down. 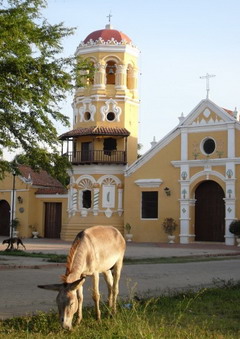 Colonial Mompos is a little gem. One trip here will reveal that Gabriel Garcia Marquez does not pen tales of fiction; his stories are in fact based on real characters from this region.

World renowned Mompos filigree silver can be picked up on the cheap as you wander the sleepy whitewashed streets in search of your next tropical juice, before finding a shady spot to string your hammock along the banks of the Magdalena River.

Capurgana, also in the Choco region, is found on the Caribbean coast. Brightly coloured houses contrast pleasantly with the forests of the Darien that lead up to the border with Panama.

Besides adventure sports, the Golfo de Uraba, where Capurgana sits, has its own tales of imperial follies and failures. Read up on Conquistador Alonso de Ojeda to learn of his ill-fated forays in Capurgana.

Not dissimilar to the Badlands National Park in South Dakota, Colombia’s Tatacoa Desert is totally undiscovered. The desert spans more than 330 square km and is the largest paleontological cemetery in Colombia.

Tatacoa’s exotic beauty can be reached from Neiva in a day, but is best explored from the nearby town of Villavieja. Camping is still free out in the desert, so you’ll save on accommodations. 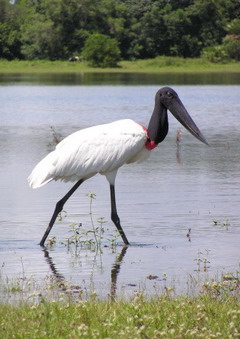 Meaning “river of hammocks,” the Amacayacu National Park is in the heart of the Amazon. The 293,500 hectares of National Park are home to over 150 species of mammals, some 500 species of birds and a large quantity of reptiles.

Not only is the Colombian Amazon more economical to visit than the Brazilian, it is actually reasonably well developed. Night-time canoe trips and walks over stomach churning high rope bridges are only the beginning of the adventure scene.

Some three and a half hours drive south from Bogota brings you to the heart of the Colombian savannah.

Head to Villavicencio and strike out on the Ruta del Amanecer Llanero, along the banks of the Meta River to the lakes of La Conquista, Santoya and Mozambique. Observe the vast array of wildlife in the Colombian Pantanal.

Gradually, some of the cowboy-run fincas are opening up for horse riding adventures and nature excursions.

Matador founder Ross Borden had a blast on his trip to Colombia earlier this year – check out his blogs Parque Tayrona: Beach hopping along Colombia’s rich, coastal rainforest and Cliff jumping in Colombia with Taganga’s very own cocaine cowboy. 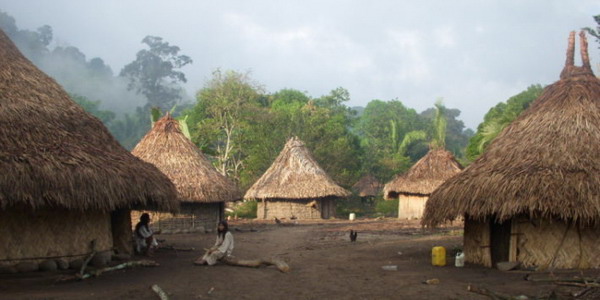 Richard McColl, author of this article and owner of a guesthouse in Mompox, is the guy to ask about his beloved adopted homeland. Check out his article on the 40th Vallenato Festival.

Volunteer opportunities in Colombia include work with The Healing Colombia Foundation in Bogota and Witness For Peace, an organization that seeks to expose delegations of American citizens to the horrific impact of the U.S. War on Drugs on rural Colombian families.

Wondering if Colombia is a safe place to travel these days? Check out 10 Reasons Why Colombia Is Not As Dangerous As You Think and set your mind at ease.

Have you been to Colombia? Have a question about a future trip? Please join the conversation by leaving a comment below.

What did you think of this article?
Meh
Good
Awesome
Bookmark
Posted In
Outdoor Trip Planning
Destinations
Colombia

How to visit El Peñon de Guatapé in Colombia

Bogota taxis 101: Everything you need to know

7 things the rest of the world can learn from Colombia

9 things Colombians can be proud of

23 Colombian foods the whole world should know and love

How to impress a Colombian woman on a first date

How to visit Caño Cristales in Colombia