YOU DON’T HAVE TO BE a monk or a nun, or even particularly religious, to appreciate the quiet that comes with a stay at a monastery. Some of the following remain in use as abbeys, while others have been fully converted into hotels or, in one instance, a studio retreat for artists. 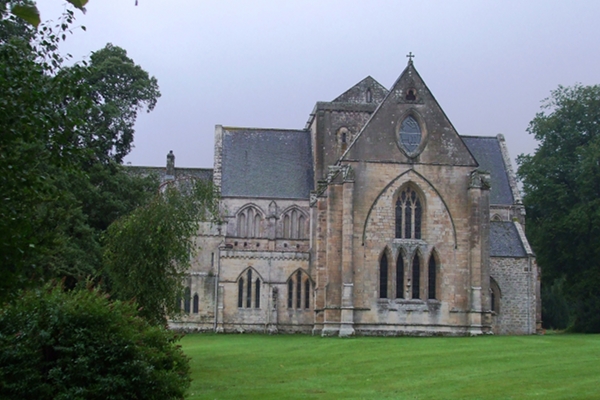 Located in the hills of northeastern Scotland, with hymns echoing off its gray stone walls, Pluscarden Abbey is the only medieval monastery in Britain still used for its original purpose.

Men stay in a wing of the abbey itself. I visited in 2008, and as a woman, I was assigned a room in St. Scholastica’s, down a short road that curves past the cemetery and through dense, overhanging trees.

I spent three days there, hiking and walking in the surrounding hills and attending services, and before I left I picked up some monk-made lip balm and a CD of Gregorian chanting in the gift shop. 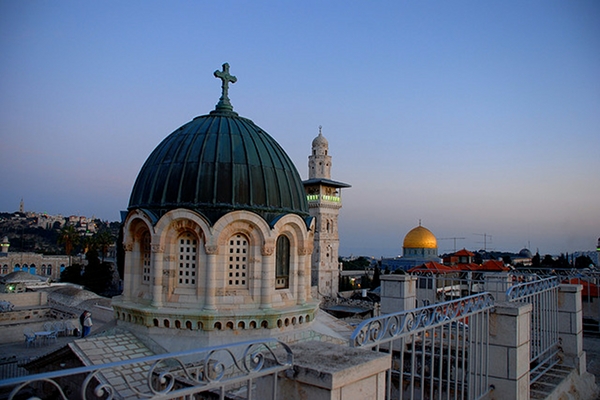 Inside the Old City Walls and near the Damascus Gate, the Ecce Home Convent features terraces where you can see the Dome of the Rock and hear the call to prayer echoing over the city. According to their website, you can volunteer to serve meals, prep the food, and welcome pilgrims. For 30 hours of work a week, you can stay for free. 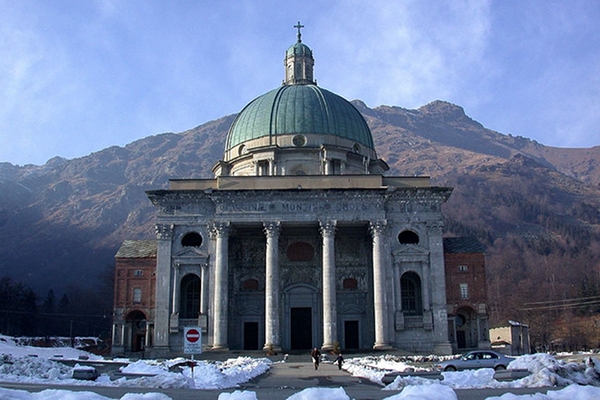 Set against a backdrop of the Italian alps, the Sanctuary of Oropa was the getaway of the Savoy royal family — their old apartments are available to tour along with a museum of royal artifacts. According to ITALY Magazine, the heart of the sanctuary is the Baroque Basilica Antica that is built around an ancient chapel containing a wooden sculpture of a black Virgin.

The sanctuary makes its own chocolate and biscuits in case the 13 restaurants in the area don’t have enough food for you. Rooms range from the austere to the opulent, with period furnishings and private suites. 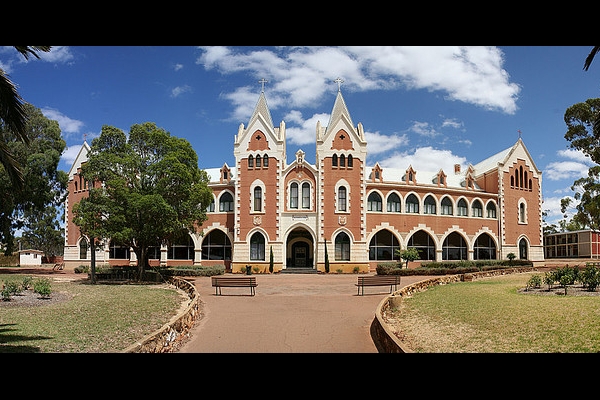 The monastery owns and operates the small town of New Norcia, in Western Australia. Yes, that’s right. It is a monastic town.

The guesthouse is tucked behind the southern cloister of the monastery. The architecture is influenced by Spain and seems out of place on the edge of the plains in Western Australia. 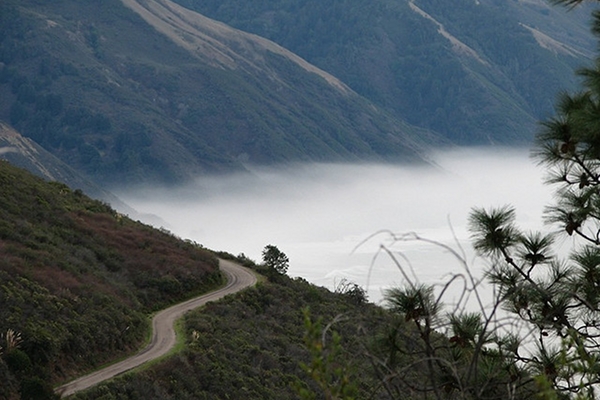 Founded in 1958 by two Italian hermits, the New Camaldoli Hermitage is in the heart of the Santa Lucia Mountains and has some beautiful views of the Pacific Ocean. Zak Erving, a student at MatadorU, spent time working there and said this about his experience:

I realize that to an outsider it may seem silly to substitute the schedule of our hectic lives with a rigid agenda of liturgy, but then again, there’s a reason monks have been around for as long as they have. We tend to want to do experiences when we travel and throw ourselves headlong into something brand new, always pulsing, always thriving, always moving.

My advice? Go for the sake of listening. Try taking a silent retreat at one, or at least use a few hours every day to be completely quiet. The best experiences there are spent in stillness and in silence, when your breathing slows and God whispers to you in the wind.

Cost: Suggested donation for the retreat rooms is $70/night, $80/night for the “trailer hermitages.” 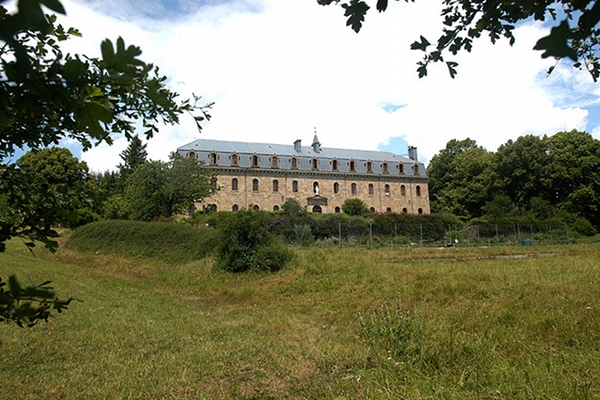 In 1878, Robert Louis Stevenson stayed in the Abbey of Our Lady of the Snows while writing Travels with a Donkey in the Cevennes. Hikers and pilgrims are still welcome to sleep here, near some of the best hiking in southern Europe — the abbey is along popular Gran Randonneé (GR) trails: GR 7, GR 70 (Stevenson’s Trail), and GR 72.

You can help with chores around the abbey or just relax and sip some of the monastic wine — Notre Dame des Neiges. 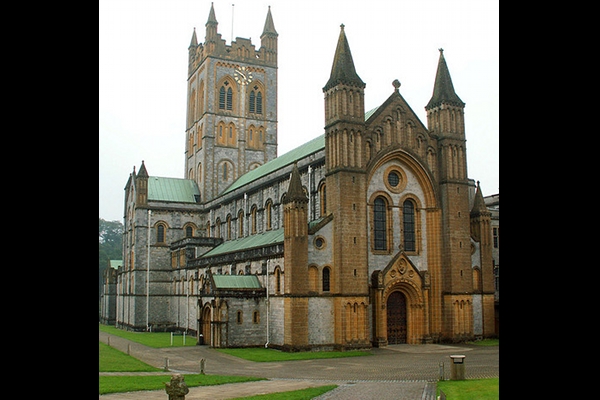 This abbey was established in the 11th century, and the name comes from the fact that the valley along the River Dart is a popular place with deer (“buck” is a male deer and “fast” used to mean “steadily fixed/constant”). Guests on private retreats are welcome to stay for up to a week at the abbey — women and couples will stay in Southgate, a building near the monastery.

Cost: Personal retreats are by donation. Group rates in nearby buildings start from £16.00/night. 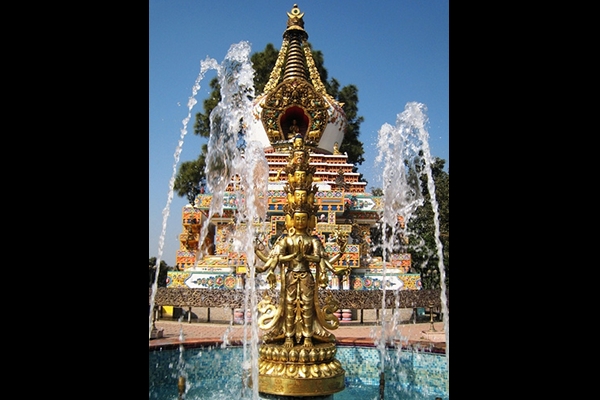 360 monks call Kopan Monastery home, and outsiders can do the same for up to a month for the popular meditation classes. No matter how long your stay, you must abide by the house rules: no killing, no stealing, no lying, no sexual conduct, and no taking of mind-altering substances.

Vegetarian food is served for all meals. And whatever you do, don’t forget your sleeping bag — bedding isn’t provided and the monastery is at 4,600 feet elevation.