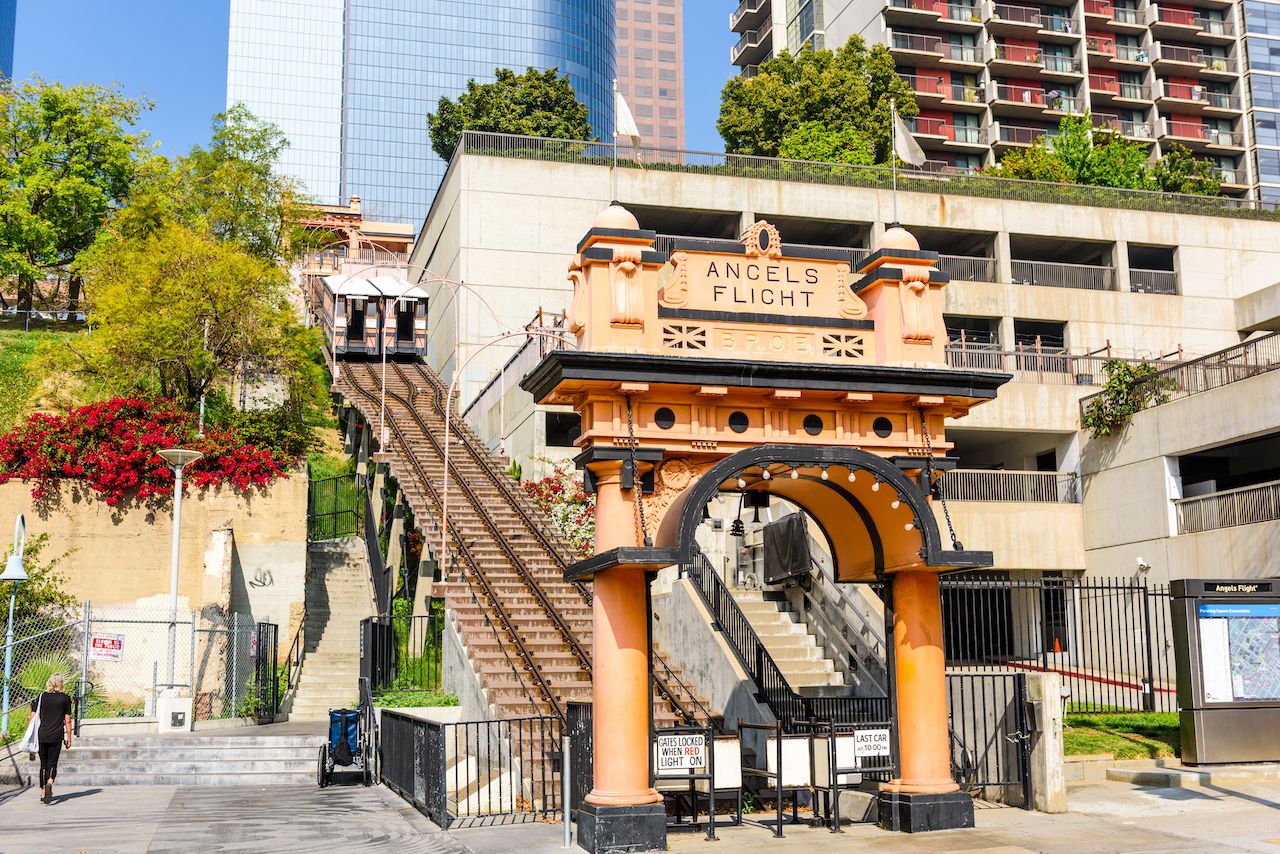 Public transportation is a sore subject in the City of Angels. The 405, the 605, the 10, the 110, the 101 — seriously don’t even get us started. But hidden in between all those winding and weaving highway overpasses is an itty-bitty funicular railway near Bunker Hill.

For decades, it’s carried uber-lazy travelers from Hill to Olive Street — a total of 298 feet — for a mere half a buck. It is the world’s shortest railway, is over a 100 years old (built in 1901), and may just be the most time-efficient ride you’ll ever take in your life. Plus the iconic little orange-and-black cars save about two minutes of cumbersome stair climbing. They pair quite nicely with the massive skyscrapers, cheap eats, and Grand Performances you’ll find at the nearby California Plaza. Added bonuses? The MOCA and the Omni Hotel. 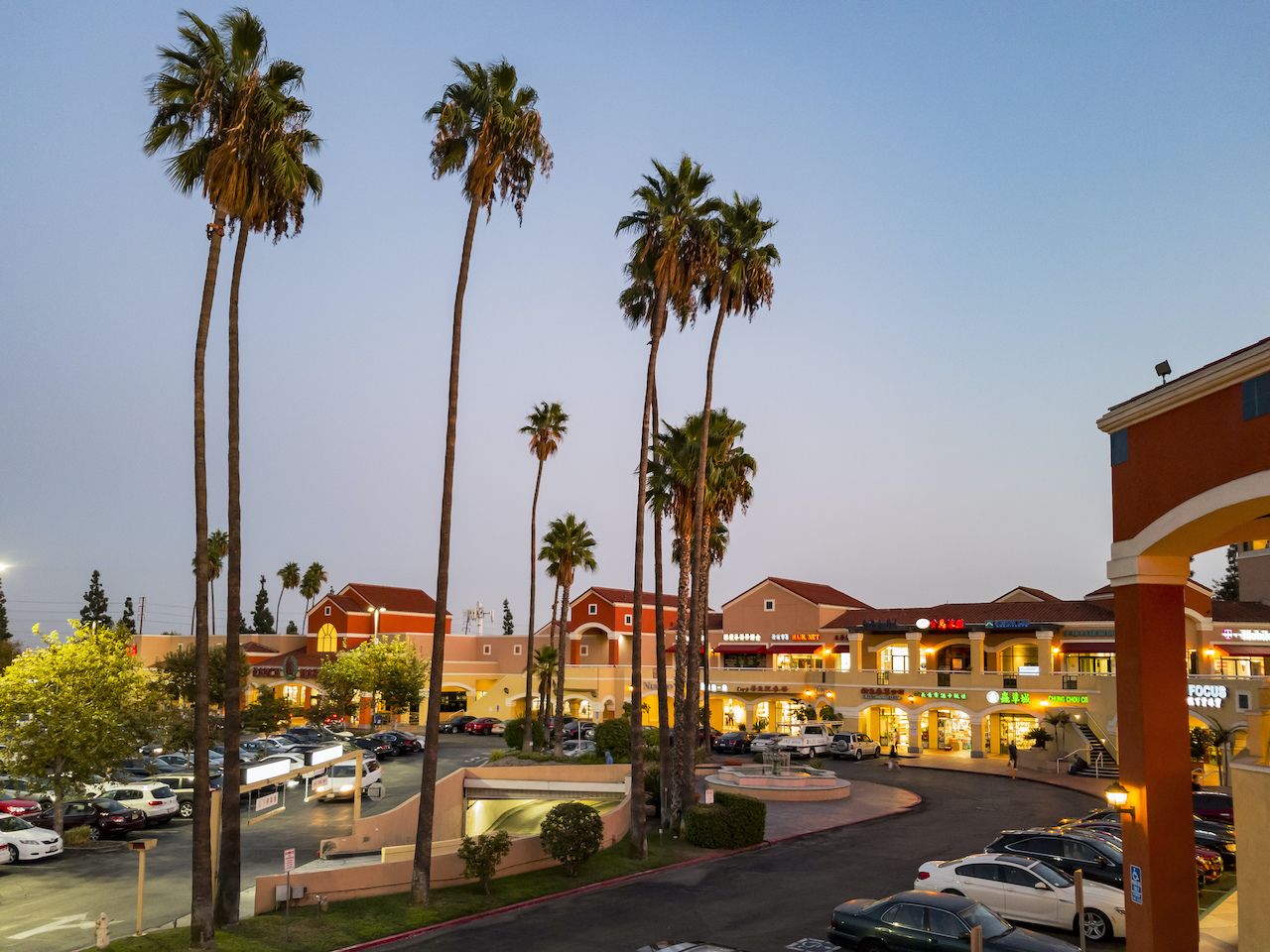 If you’re craving Chinese in LA, forget Chinatown. This SoCal “ethnoburb” may be unknown to most, but really, it’s the ultimate ethnic enclave.

On any given day of the week, people flock to this neighborhood for food and Asian culture. Valley Boulevard alone is filled with a sea of signs with complex Chinese characters, as well as specialty shops that are hard to find anyplace else. Eat dim sum to your heart’s desire at Lunasia, or sip on boba bubbles while munching on fresh-out-of-the-oven egg tarts from Kee Wah Bakery. Red and gold line the busy streets, especially during holidays like Chinese New Year and the Moon Festival — when you’ll find dangerously packed restaurants and no parking spaces whatsoever. 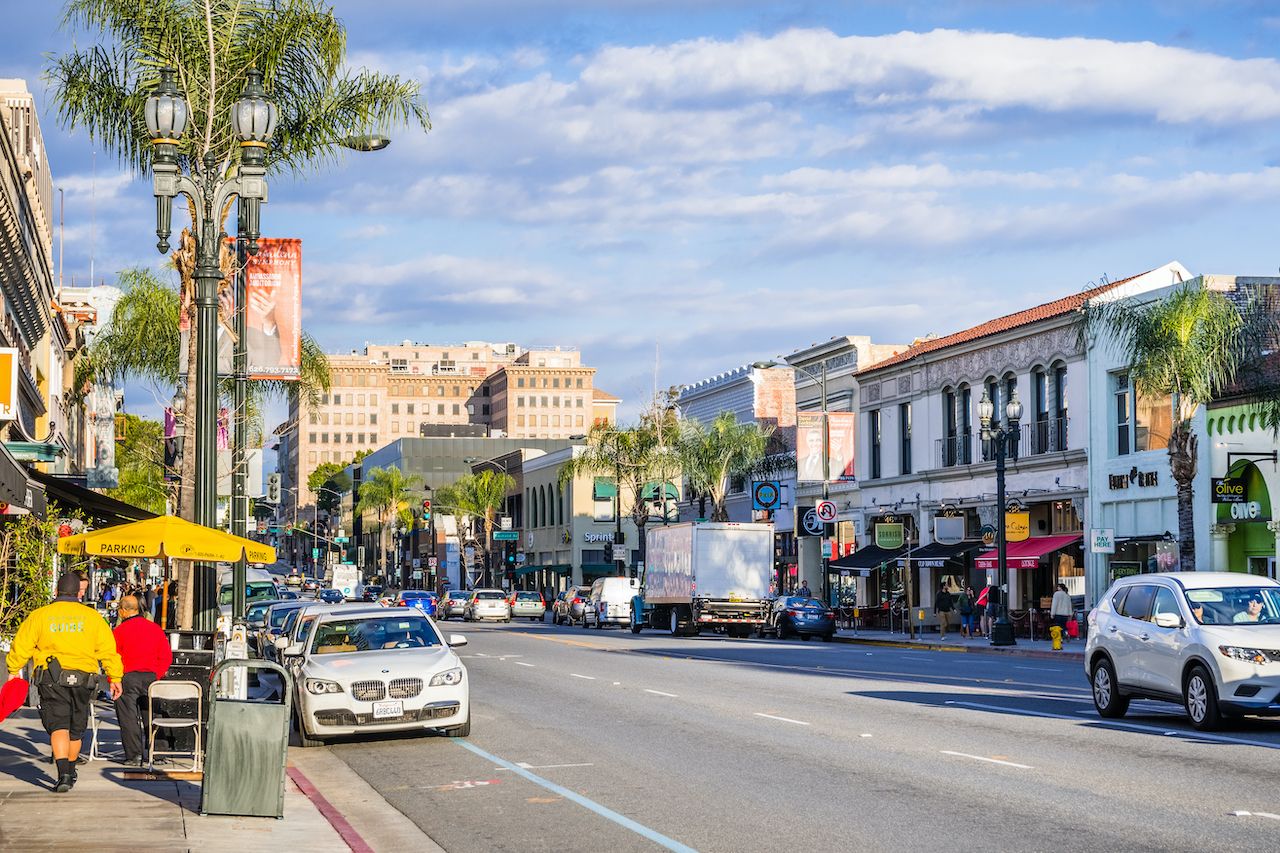 Even when it’s not New Year’s Day or the site of a rival Trojans vs. Bruins match, you’ll find packs of people crowded all along Colorado Boulevard. Plus, those friendly diagonal pedestrian “scrambles” make traveling on foot safer and a little more fun. Forget about walking in LA. Do it here, there’s rad architecture, shopping, dining, arts, culture, and of course, football. 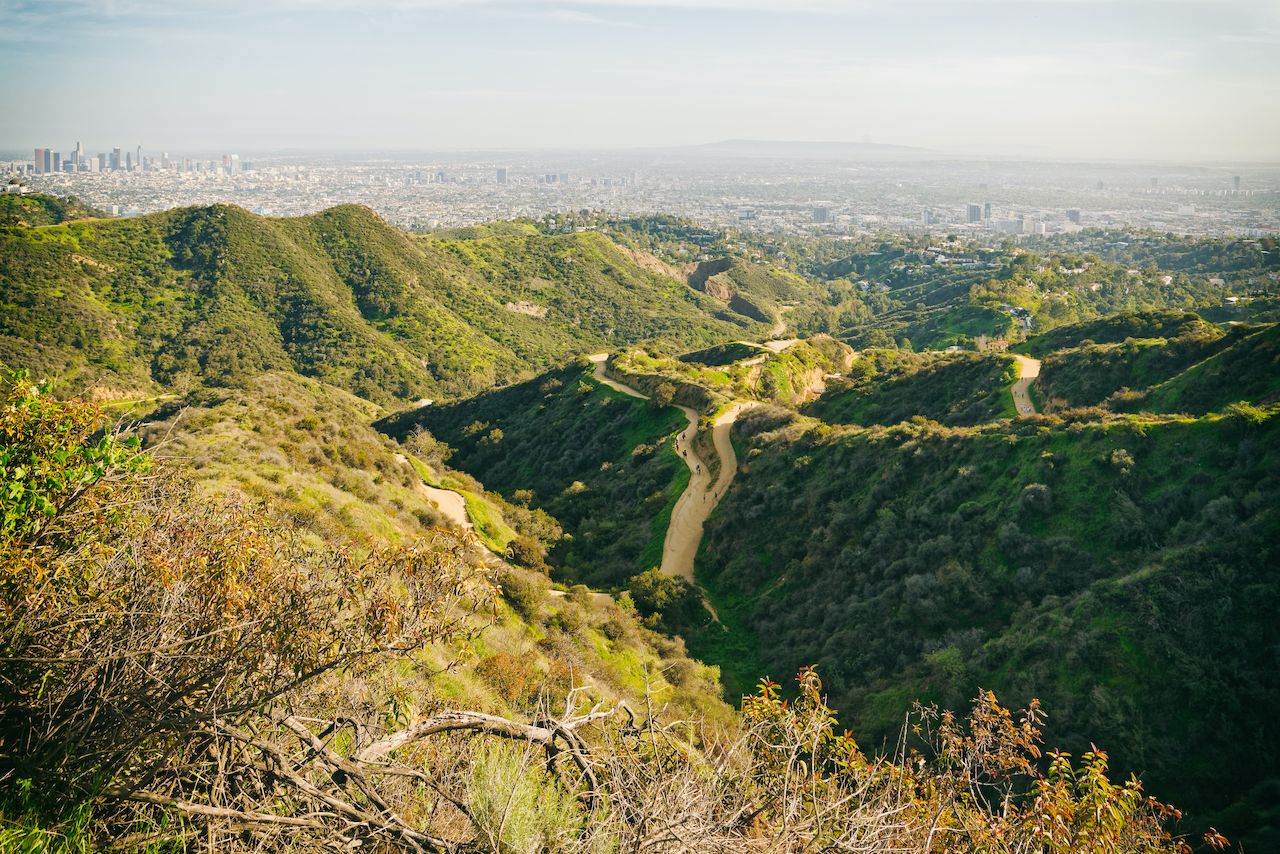 Some people call it the West Coast version of Central Park. But for us LA locals, it’s really just an all-around massive 4,000-plus acre space of untamed land. There are hiking trails, bike paths, and merry-go-round rides, but also live gigs thanks to the Greek Theatre. And, there’s a barn full of mouse-shaped memorabilia courtesy of Walt Disney himself. This is also the best place to cuddle up and stargaze. 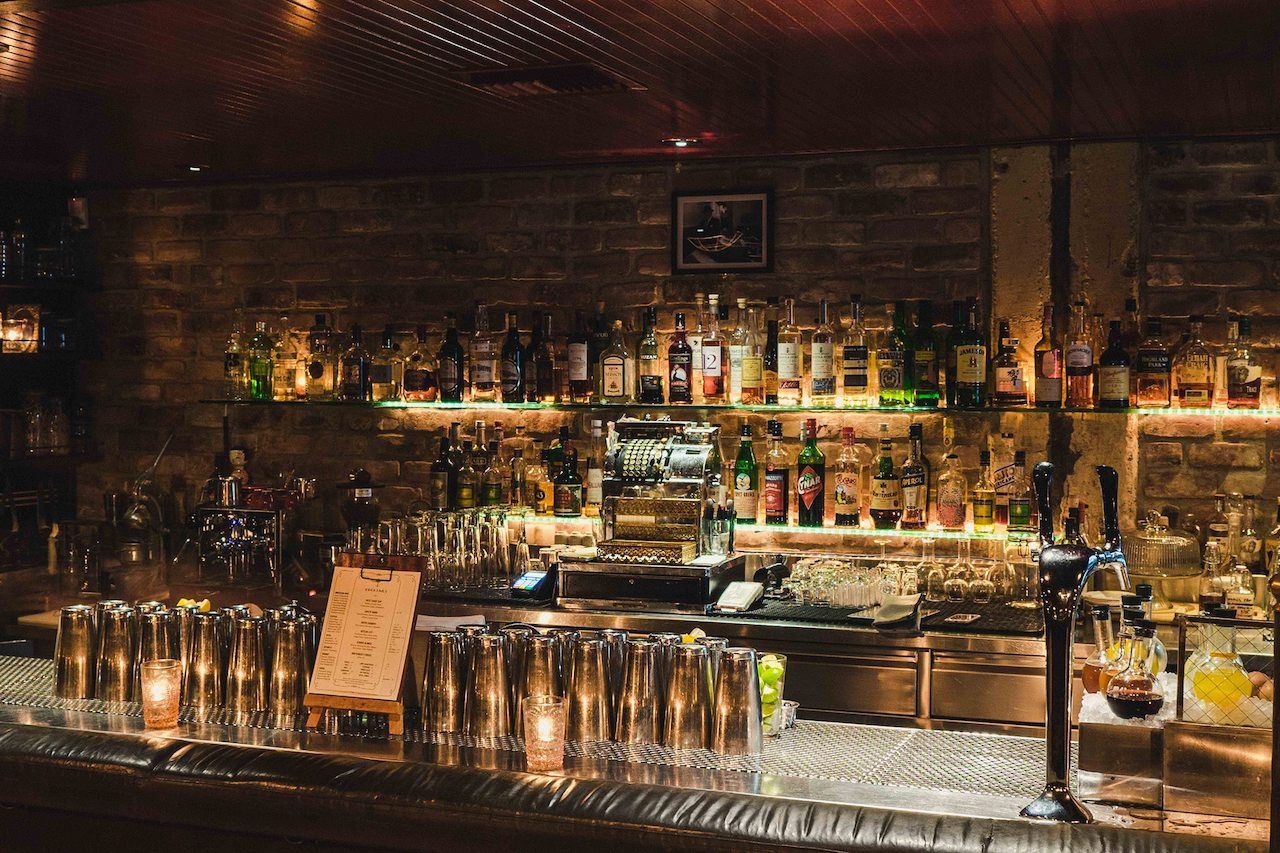 Tucked discreetly away in the historic core of downtown LA is a speakeasy lounge that contains everything from a classically refined five-star 1930s atmosphere to a full vintage-style bar, with wood-paneled booths, soft candle lighting, and immaculately handcrafted drinks and spirits made from the finest of well-chosen ingredients — think real juices, berries, and herbs. Cocktail culture definitely reaches new heights here. 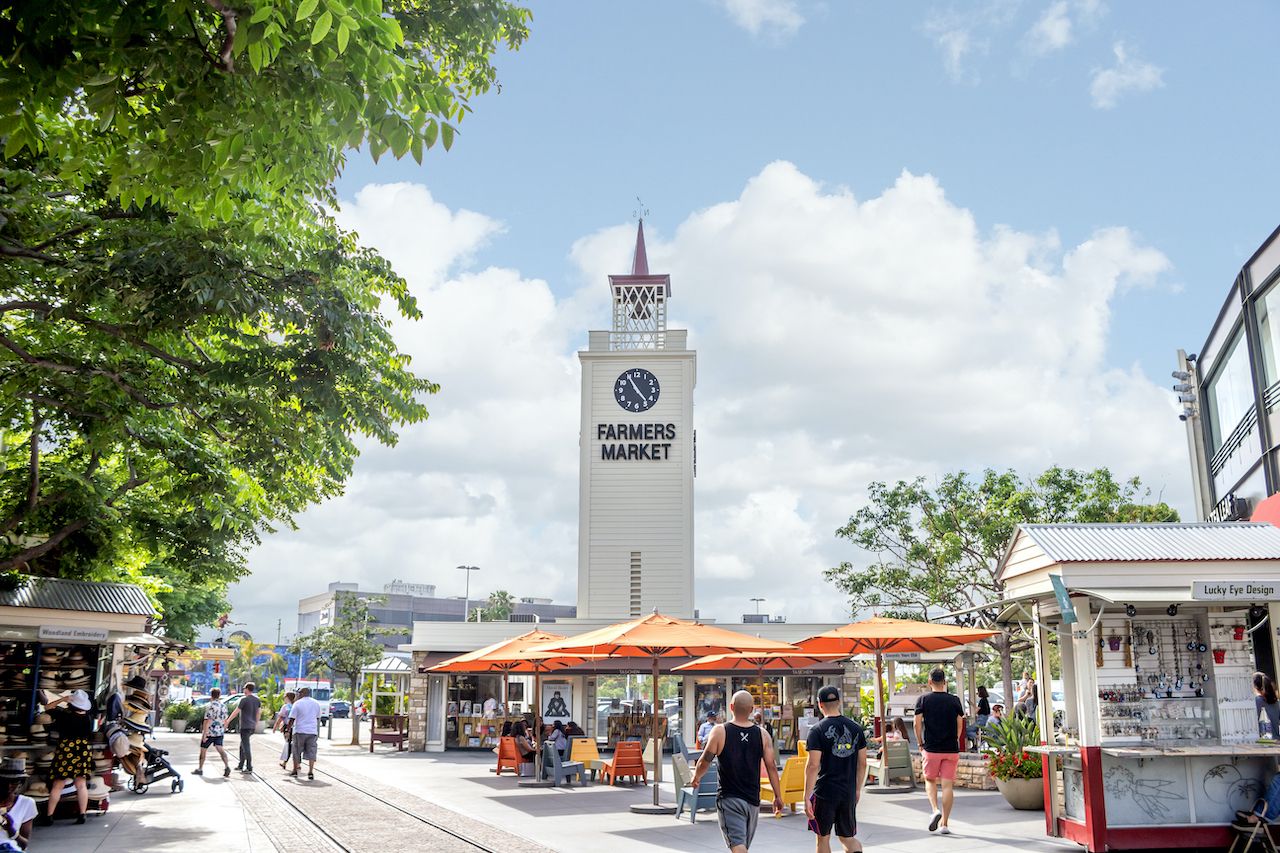 Only on West Third and Fairfax will you find the one and only original farmers market. It’s a convenient option for fresh produce and it’s the go-to grocery and goodies store for LA locals. It’s also one of the only outdoor markets that’s been feeding LA since 1934 with its rows and rows of stalls peddling things like juicy pomegranates, old-fashioned ice cream, and fresh daily catches. Sample, buy, nab, grab, and savor, all while hopping around to some free summer music. 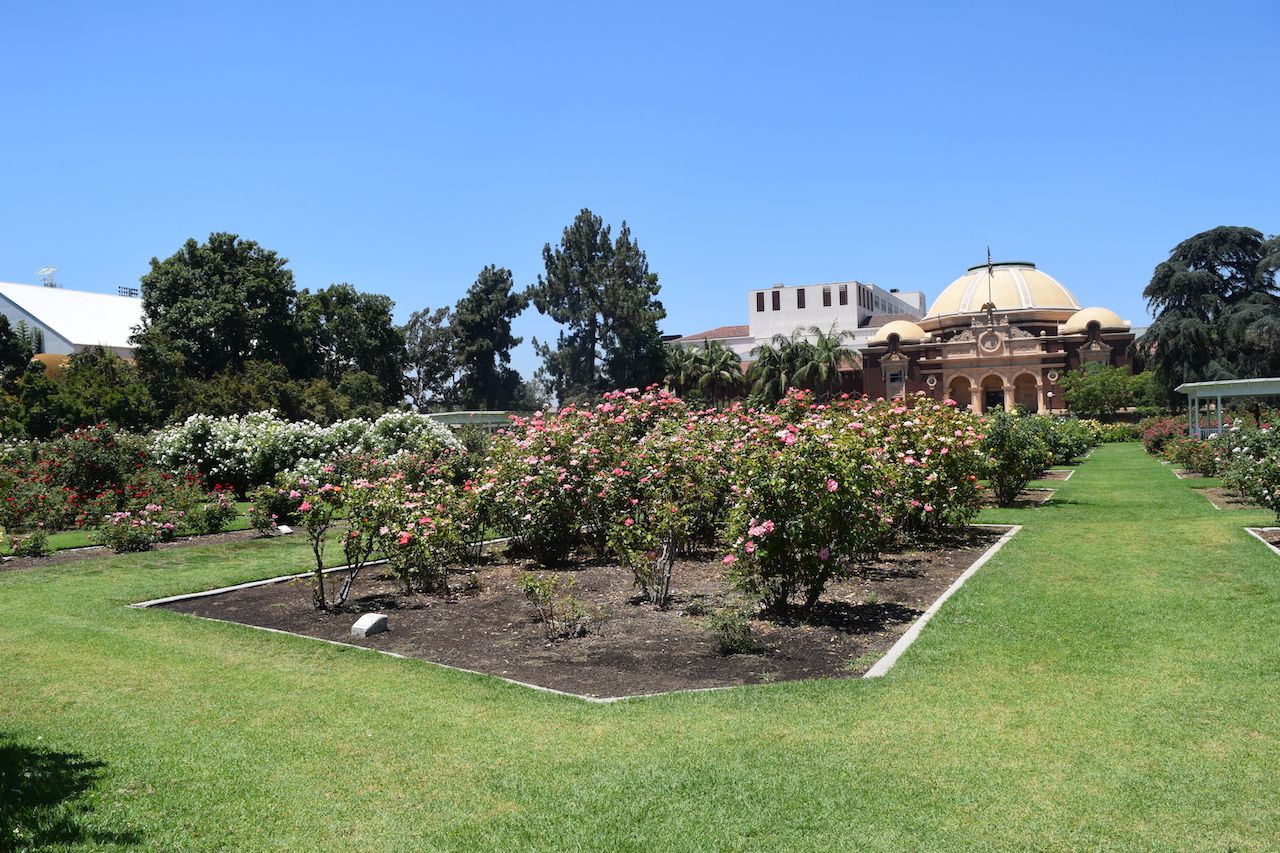 Just outside the Coliseum, in the heart of a traffic-rigged concrete jungle, USC fans and foes have the pleasure of breathing in the scent of freshly-budded roses, as well as feeling the violent sting of smog-congested fumes against their skin. It may not be the breeziest of paradises but bad air quality aside, this one’s really a botanical haven that far too many Angelenos are unaware of.

Think 200 varieties of roses and 200,000 bushes, a stunning water fountain, and just enough grassy space to have yourself some nice and natural photoshoot fun. 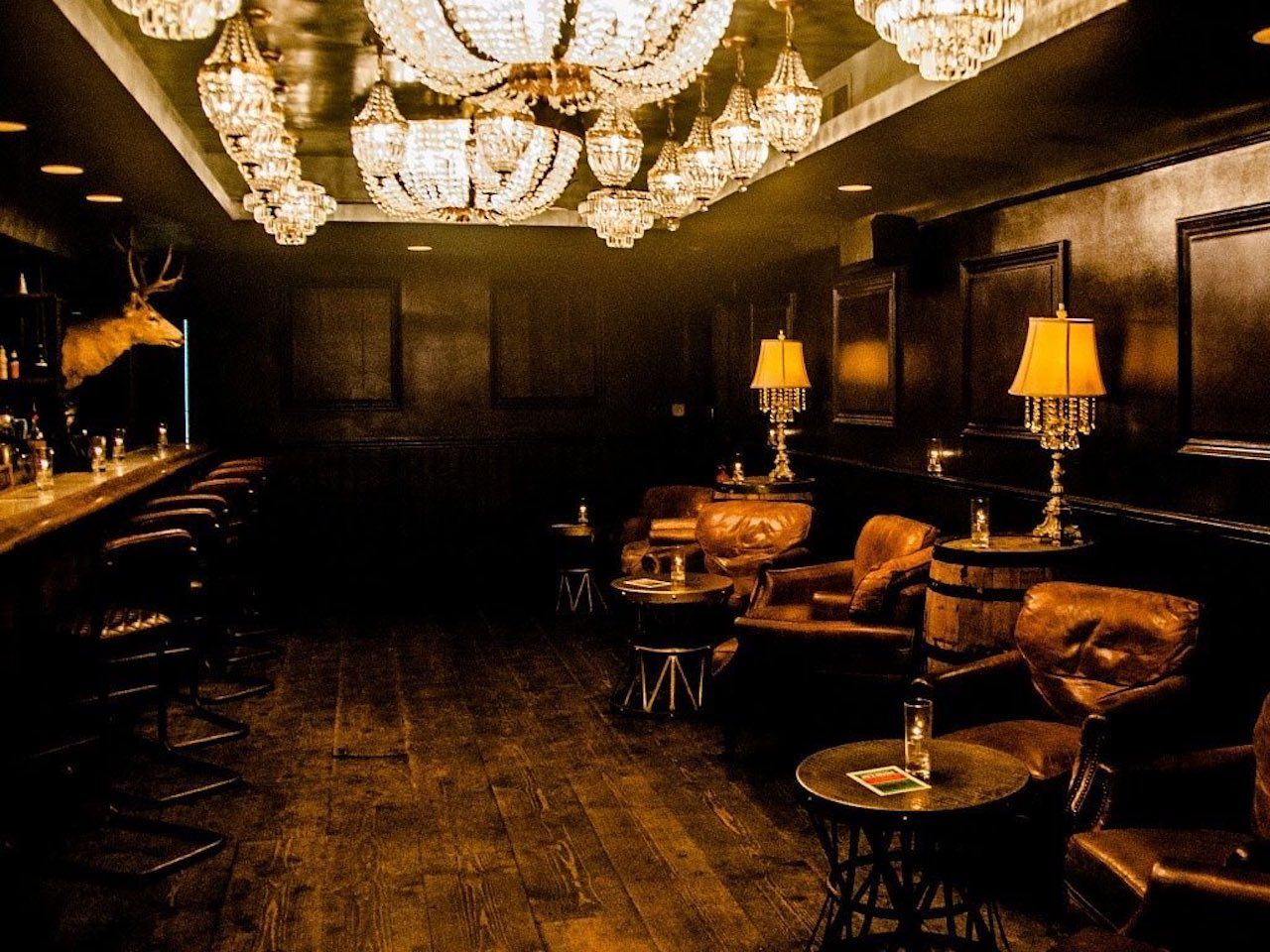 Hidden in the basement of the old Victorian and one of the United States’ top whiskey sellers, no one does it better than the Tavern.

Sushi and little boats unite in this all-too-underrated Old Pasadena shop. Sure, it may be geographically hidden — all tucked away under a green-colored canopy near the corner of Colorado Boulevard and Fair Oaks — but it manages to serve up a ripe array of Japanese dishes that are prepped with the utmost of care, as well as a creative flair. From classic California and spicy tuna rolls to deep-fried popcorn lobster and a banana tempura dessert, it’s sushi heaven on Earth.

Just a hop, skip, and a jump from downtown LA, in the City of Industry, this funky drive-in always has awesome throwback film showings to enjoy right from the comfort of your own plush seats. All seven days of the week. Shows start when the sun goes down, and for nine bucks, you can catch a double-feature.

11. The Rose Garden Tea Room at the Huntington 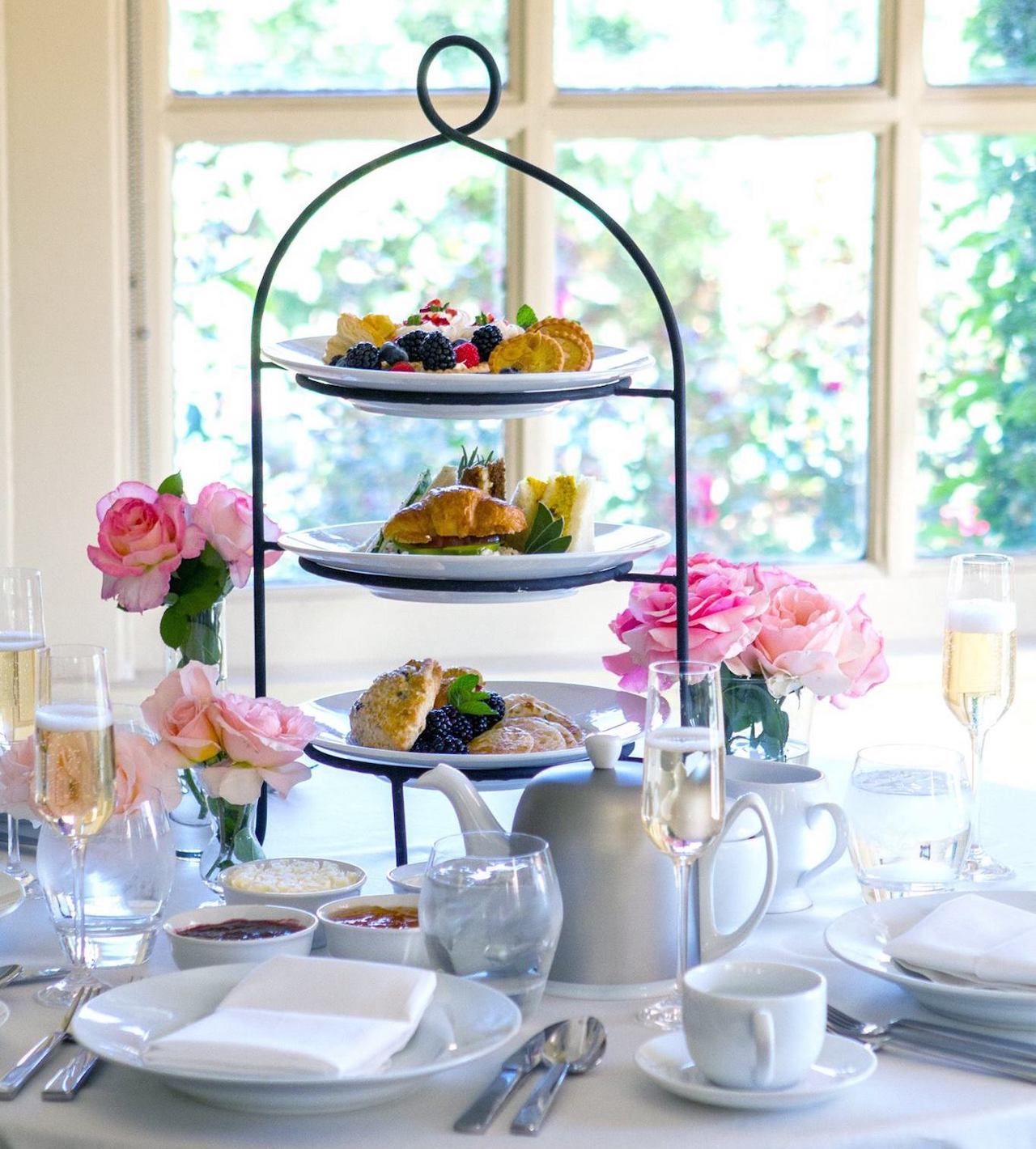 Nobody’s too old for a tea party. The buffet-style array of savory finger sandwiches, gourmet cheeses, just-toasted scones, and fresh-from-the-pot teas are definitely too hard to resist here. There’s a three-acre rose garden that’s just around the corner and some traditional Chinese and Japanese botanical gardens on site, so you can go for a walk after partying it up with your pinky finger. 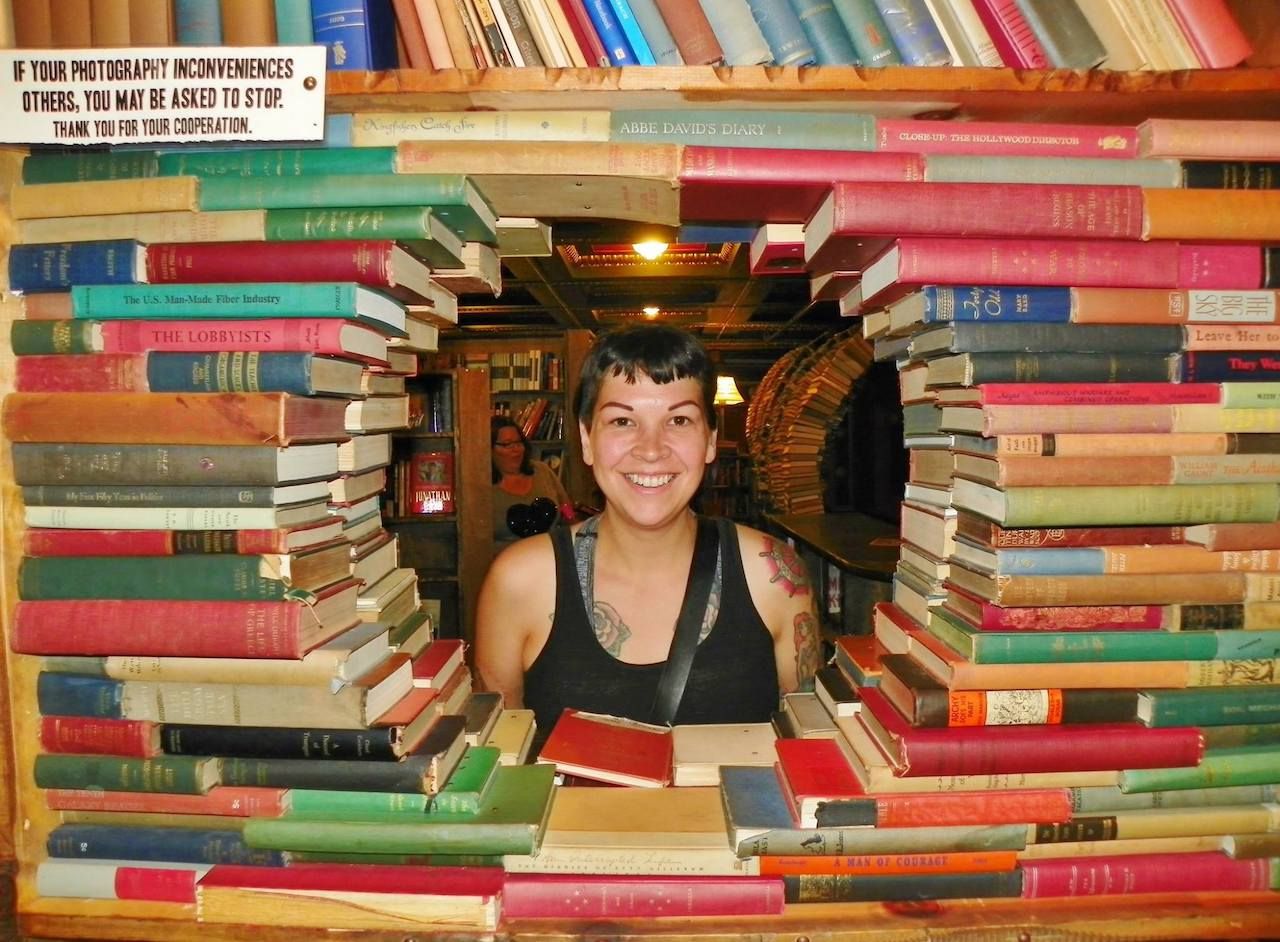 Bookshop plus art show equals this cool LA baby. There’s an ample array of unique decorations and pleasing aesthetics hanging around, as well as an all-around chill-to-the-core vibe.

Get funky in the hole-filled science fiction stacks, or bring out your inner Sherlock while exploring a real-life crime-book-filled bank vault. There’s even a maze of paperbacks and hard-bounds to get lost in on floor number two. There’s also a quality bargain section where books and vinyl records can be dug for and discovered for under a buck. You can even sell or trade in used books, CDs and DVDs for something from the store. 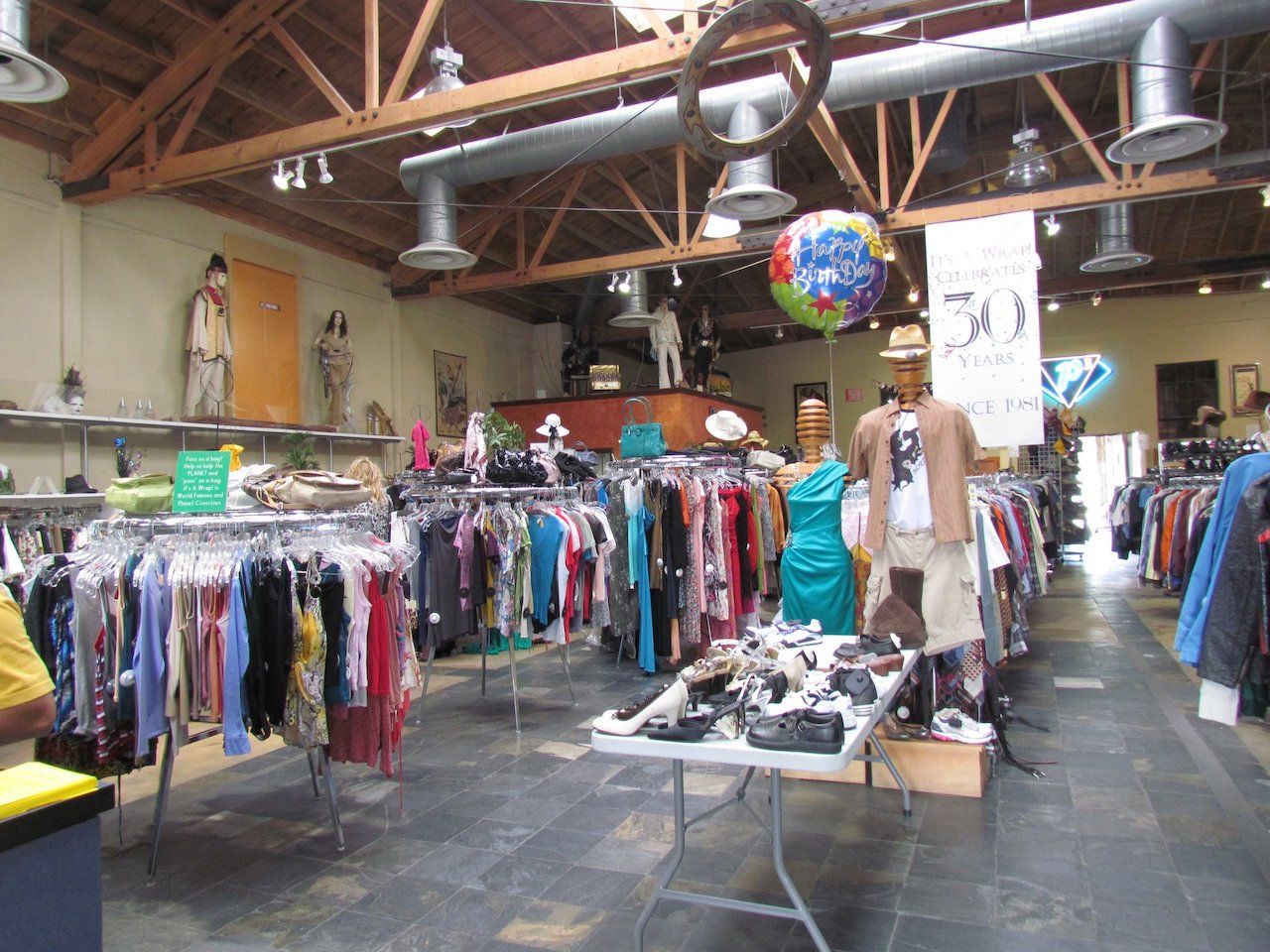 So where do old sets, costumes, and props go after they’ve had their 15 minutes of fame? Right here at this thrift store. It’s the only store of its kind anywhere, where you can look through and nab a whole bunch of gently-used, but still nice and nifty, movie studio hand-me-downs. 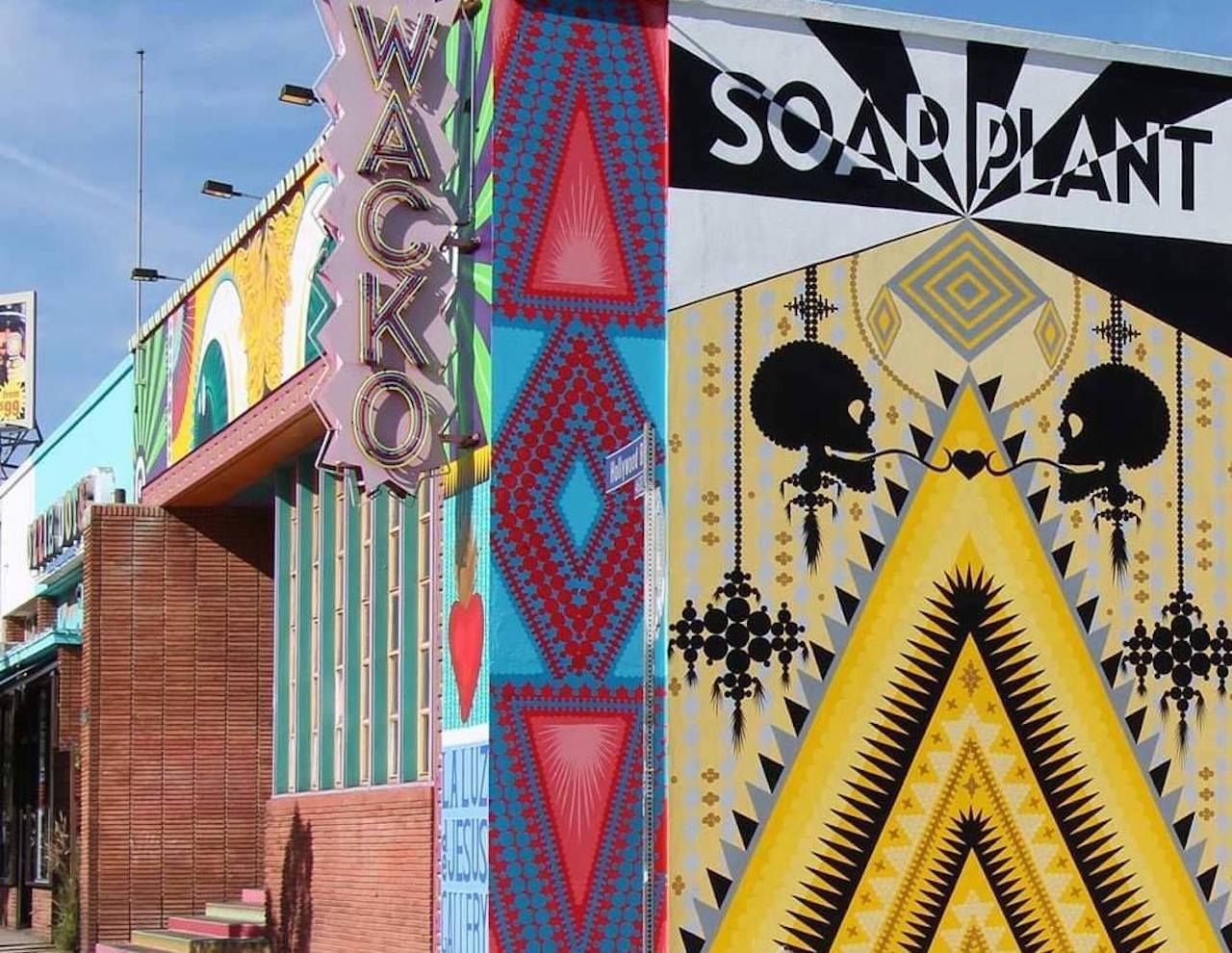 This Los Feliz shop opened modestly enough in 1971 as a small family-owned business doling out soaps, leather, and pottery goods. A little later on, it moved to Melrose Avenue and became known as “a pop culture toy shop with punk-rock attitude.” Now, it sits proudly on Hollywood Boulevard and houses everything from lava lamps to wacky knickknacks in more than 6,500 square feet of kitschy space. 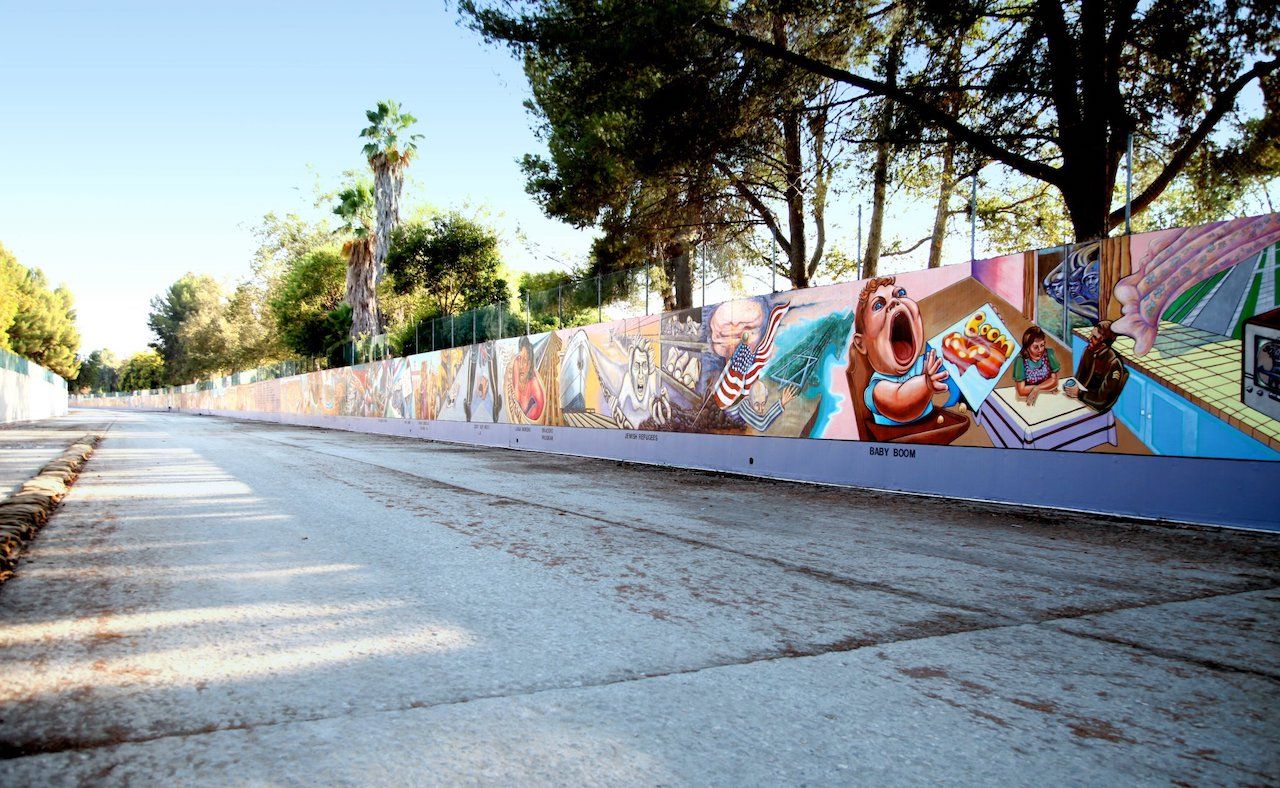 What was once a hideous and horrendous San Fernando Valley ditch now shows off emblems of California’s diverse past. It really is something every Angeleno needs to see, whether they’ve been a native since birth or are fresh-off-the-plane from LAX.

Celebrated Mexican artist Judy Baca described it as “a tattoo on the scar where the river once ran.” Enough said. 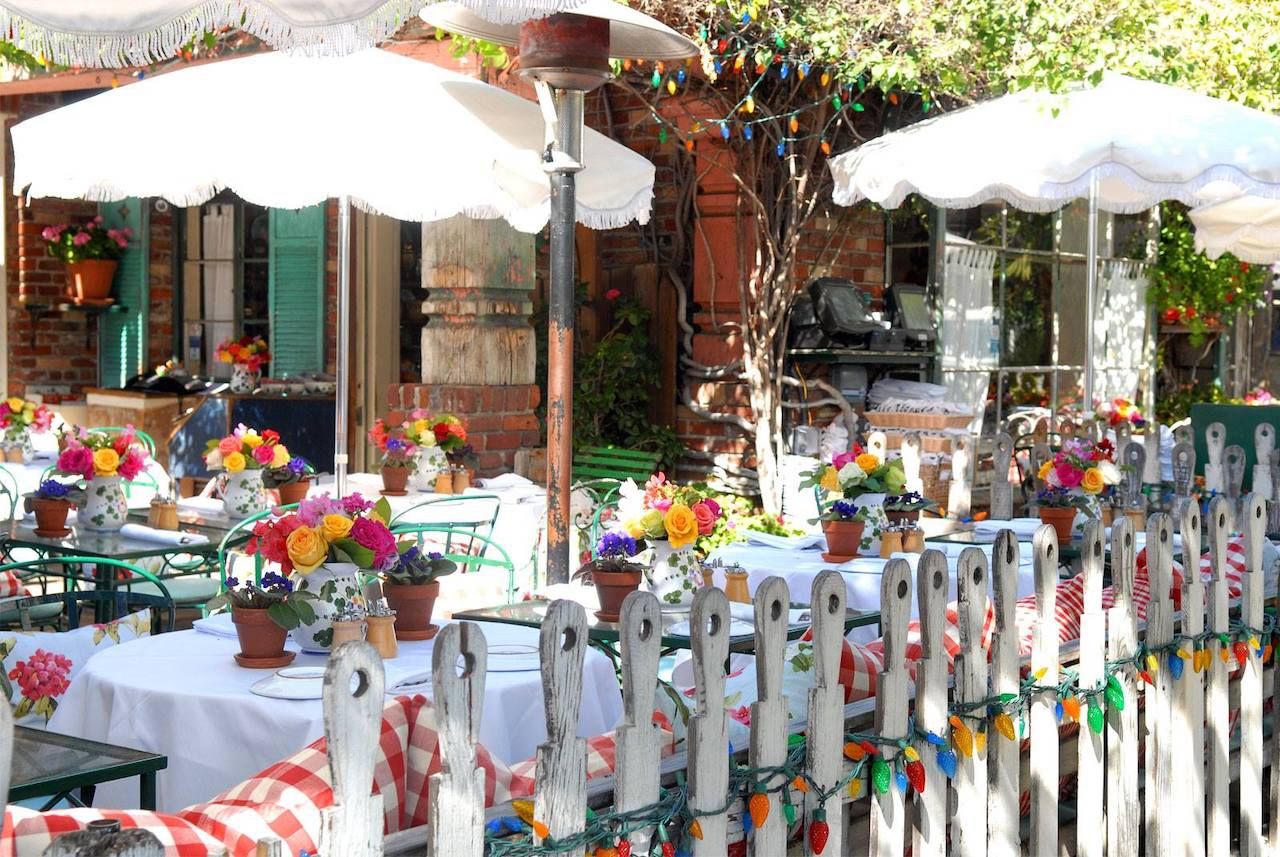 Everything’s better at The Ivy. Sure, there may be some way-overpriced food and all-too-displeasing floral prints. But it really is a spot everyone should visit at least once — if not just for the likely celebrity spotting, or the chance to feel super classy and stylish for a few hours.

You’ll be sipping freshly squeezed orange juice and nibbling on eggs Benedict while seated among industry professionals and famous faces. You’ll witness what a true paparazzi rush feels like. Feel oh-so-Hollywood and 90210 right in the thick of Robertson Boulevard. It’s worth the splurge at least once in a lifetime.