There are so many inspiring places and sights in our world — far more than the 23 listed here, most with names less widely known. Temples, fortresses, and art that dates back thousands of years. Landscapes that seem pulled straight from a fantasy novel. It’s all out there, all reachable provided you know which bus to hop, which trail to trek.

Matador teamed up with the travel addicts at Expedia to curate 23 amazing views around the world that have inspired us to travel. Enjoy these images, and let us know — what inspires you?

This post is proudly produced in partnership with Expedia. For more inspiration, check out their Viewfinder Image Library, with pictures from around the world. 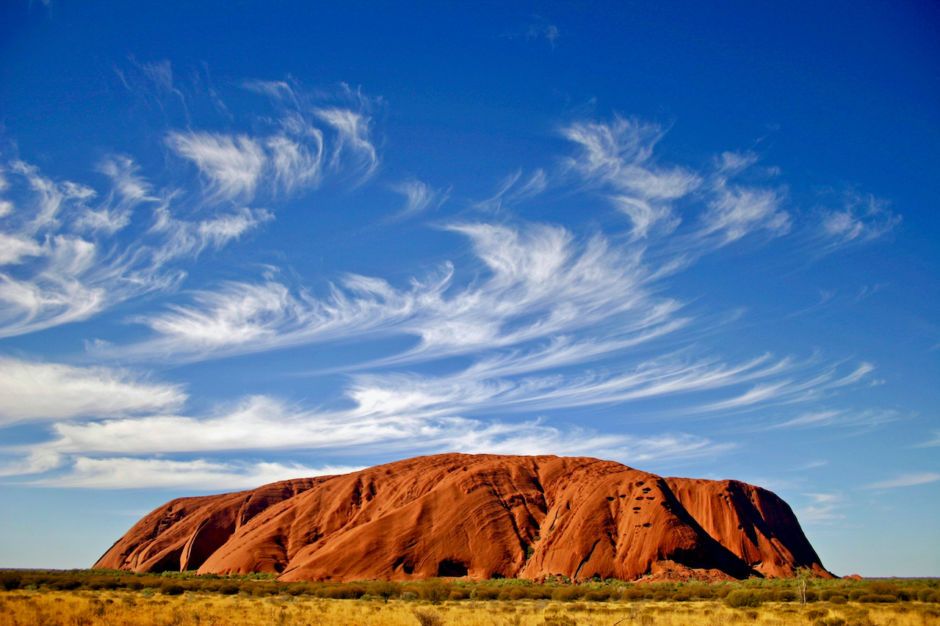 This massive chunk of sandstone rises 1,000+ feet above the scrubby plains of Australia's Northern Territory. It's this contrast that partly accounts for the rock's draw. Equally stunning is the fact that Uluru's sloping sides appear to change color depending on the time of day and how the sun hits them. Find it in Uluṟu-Kata Tjuṯa National Park, a couple hundred miles southwest of Alice Springs.Photo: Stickybeak TV/Shutterstock 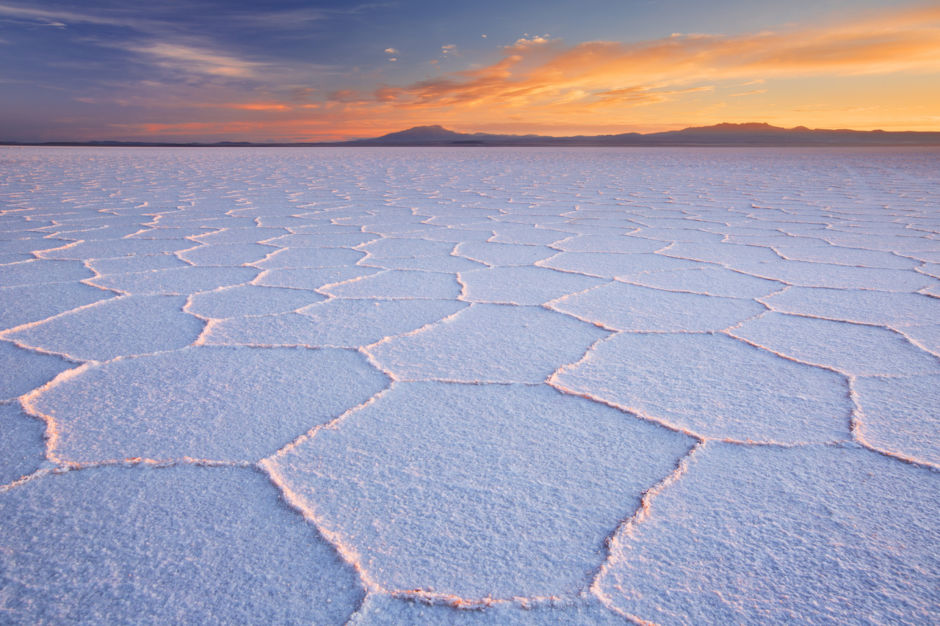 Bolivia's Salar, the largest salt flat in the world, lies in the southwestern departments of Potosi and Oruro. During the dry season, it looks like this; when it rains, the entire expanse is covered in an inches-deep pool that reflects the sky.
Photo: Shutterstock/Sara Winter 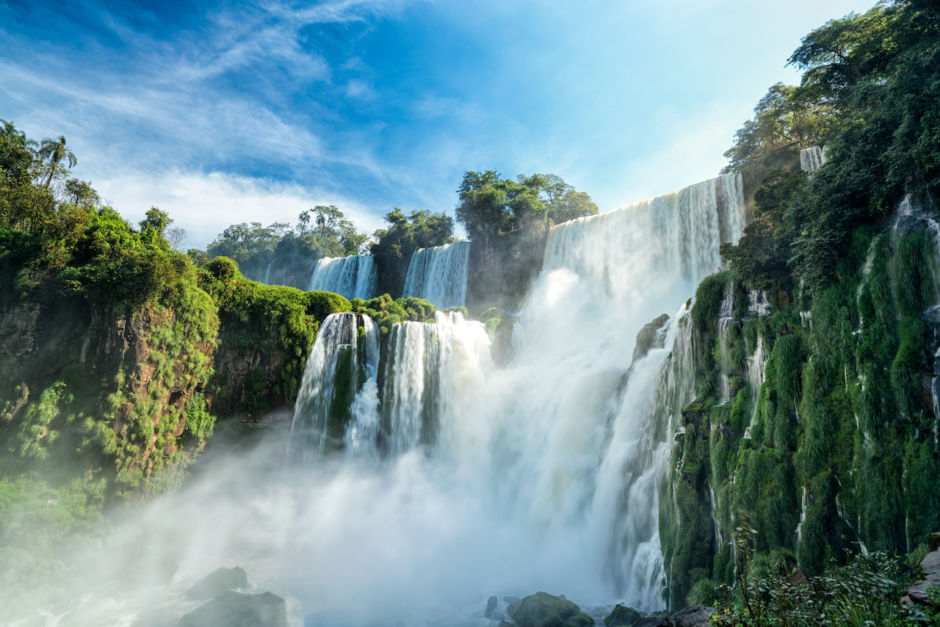 Three times taller than Niagara and (in total) wider than Victoria, Iguazú is probably the most inspiring waterfall in the world. Its 275 distinct fall-lets separate the Upper and Lower Iguazú River, as well as the countries of Argentina and Brazil. Get there by way of regional airports on both sides of the border.Photo: sharptoyou/Shutterstock 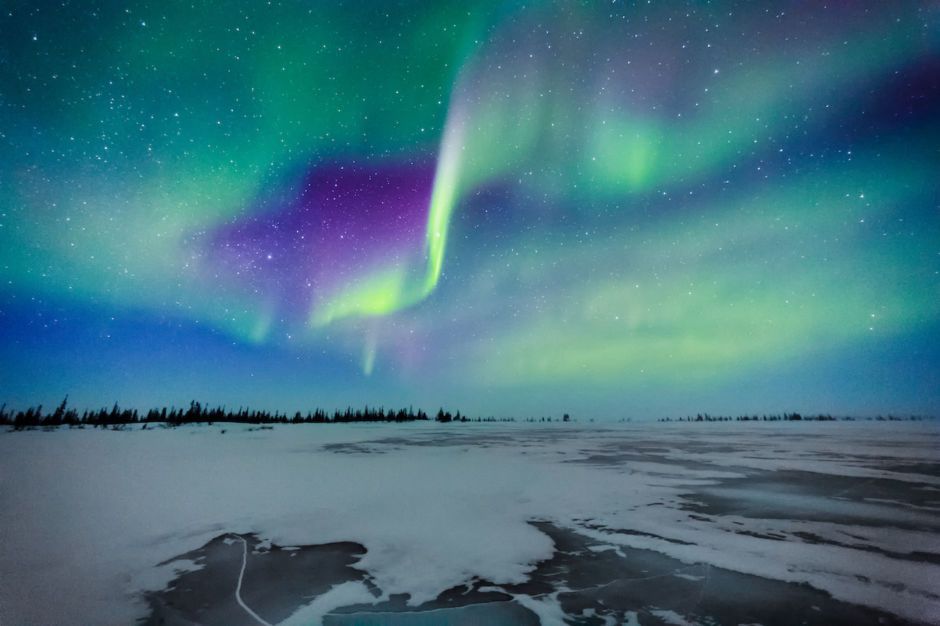 Charged particles from the solar wind collide with Earth's magnetosphere, reacting in complex patterns that produce whorls and curtains of incredible color. During certain geomagnetic events, you may be able to see the Northern Lights as far south as Washington, DC, but the wild coast of southwestern Iceland makes for an idyllic backdrop any night of the year.Photo: davidmarxphoto/Shutterstock 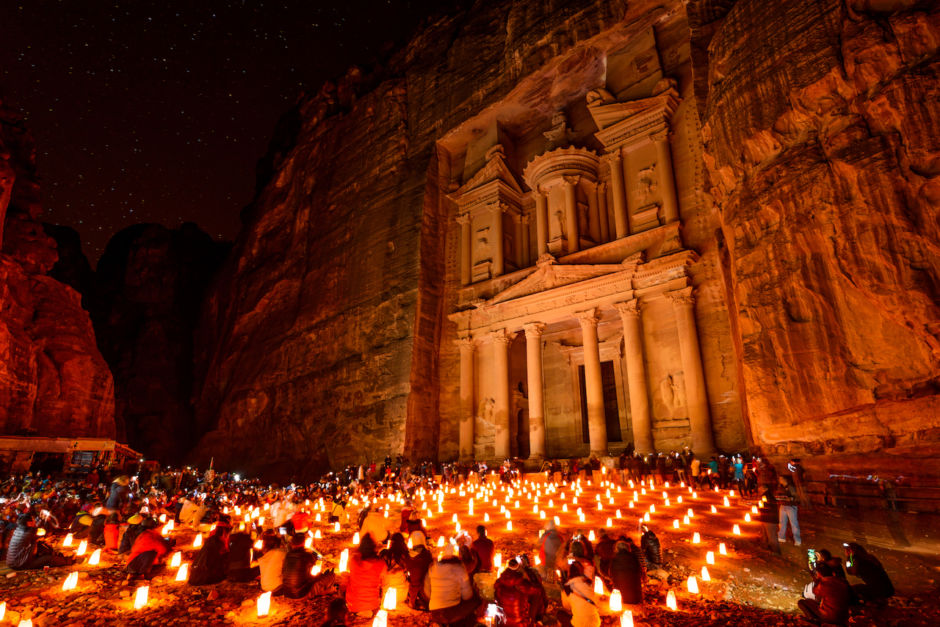 Not much can compare with the approach to Petra, when the narrow slot canyon walls draw back to give you your first look at the imposing facade of the Treasury. But making the pilgrimage at night, when both the canyon path and the Treasury itself are lit by hundreds of candles, is an inspiring experience. The cost is an additional $25 or so on top of your Petra ticket.Photo: Richard Yoshida/Shutterstock 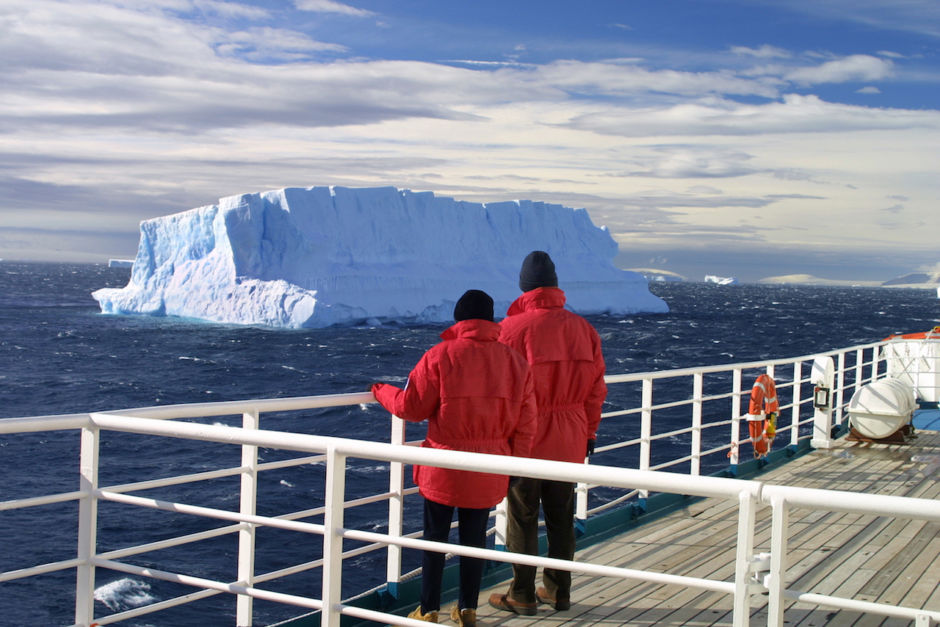 The floating masses of ice that litter the Southern Ocean make for a landscape you won't see anywhere else. Sometimes forming arches hundreds of feet high, sometimes playing host to a colony of penguins, the ice reflects an iridescent blue on account of its extreme compactness. See it on an Antarctic cruise out of Ushuaia, Argentina.Photo: Christian Wilkinson/Shutterstock 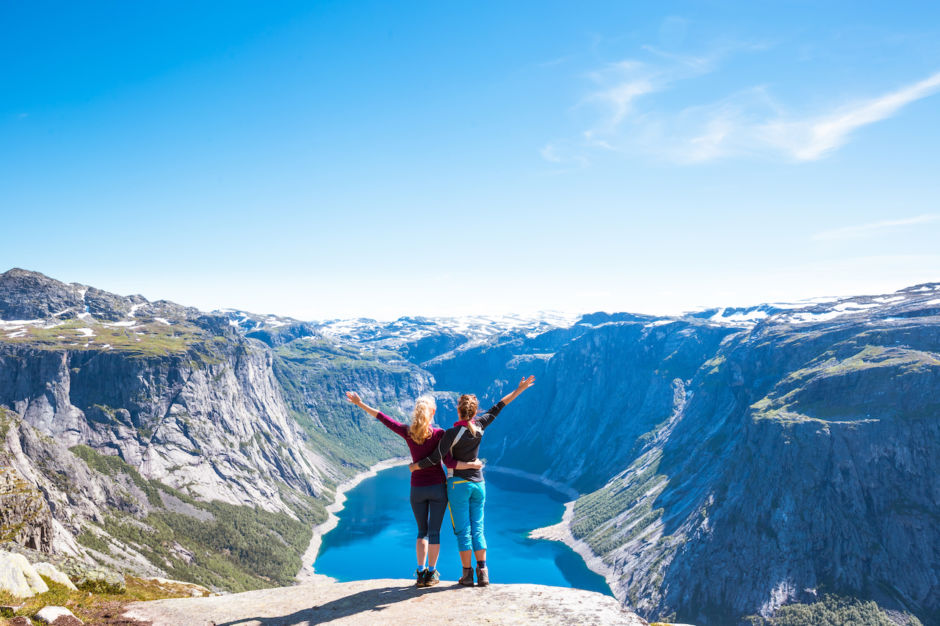 The rock ledge of Trolltunga (Troll's Tongue) puts you 2,300 feet above the lake of Ringedalsvatnet and gives you an incredible view over Fjord Norway. Get there on a summer hike from the city of Odda.Photo: Ikoimages/Shutterstock 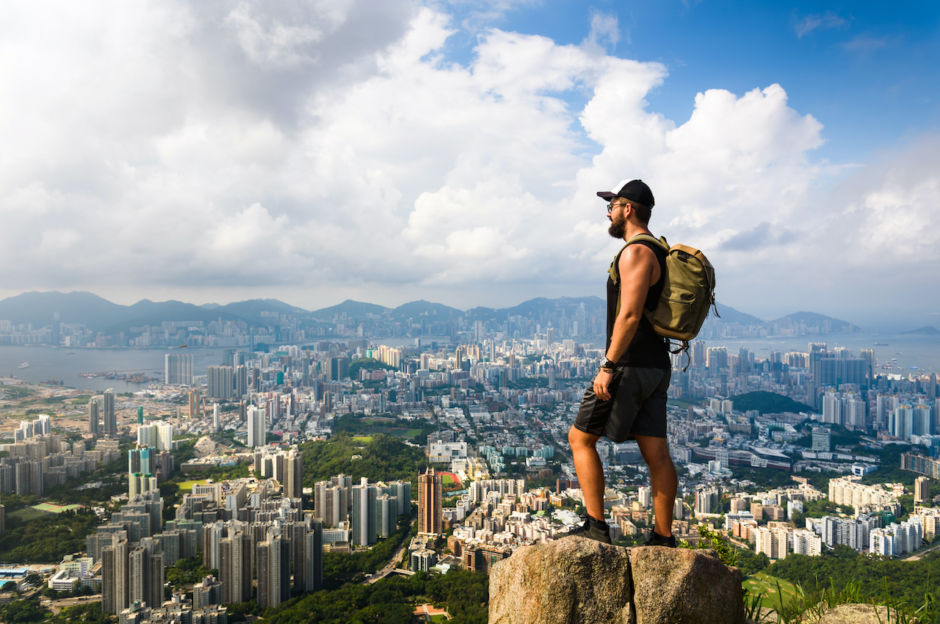 Hong Kong's skyline of skyscrapers backdropped by tropical mountains is not only aesthetically appealing, but also represents one of the most population-dense areas on the planet. By comparison, if the entire population of the US lived at this density, we could all fit inside Vermont and New Hampshire.Photo: Creative Family/Shutterstock 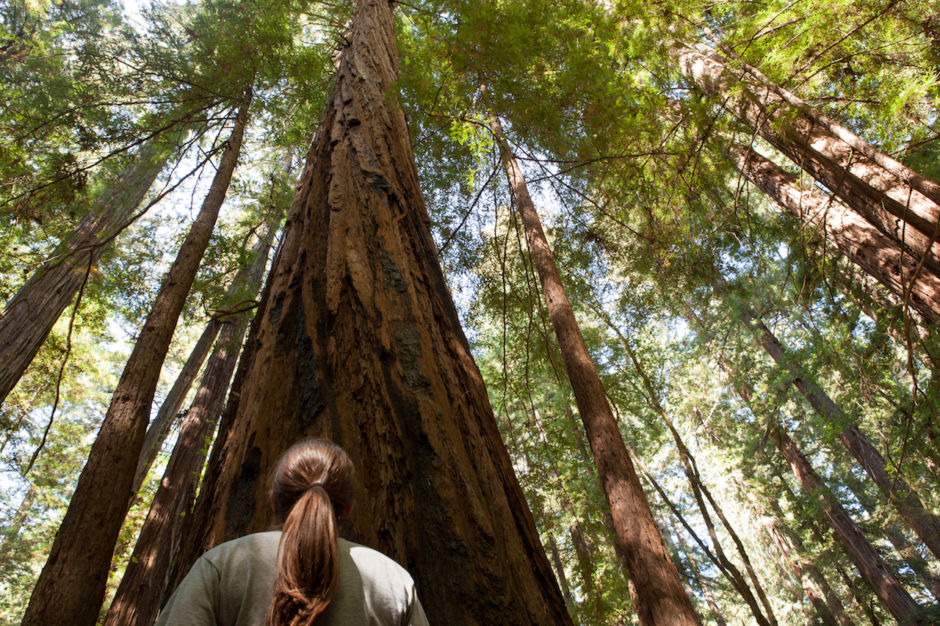 California's coast redwood is the tallest tree on the planet, reaching recorded heights of 379 feet. To stand within a grove of these giants is transporting. The shot above was taken in Humboldt Redwoods State Park, though for ease of accessibility of a truly inspiring grove, you might try Stout Grove in Jedidiah Smith Redwoods State Park.Photo: erinmalonemedia/Shutterstock 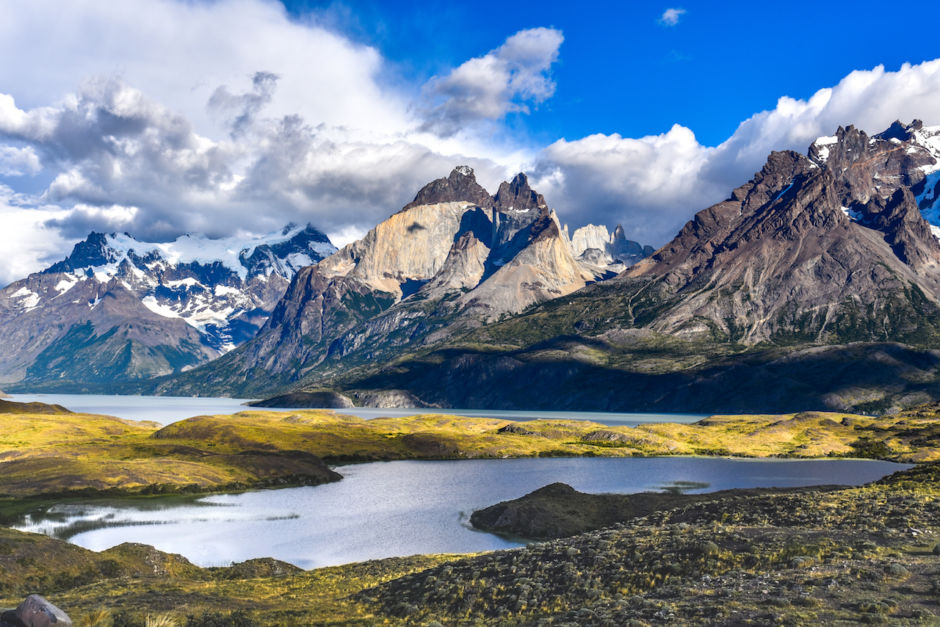 Torres del Paine National Park, located on the southern tip of Chile, is a prime spot for climbing and trekking. Though the weather can be severe, the views of the Cordillera del Paine, Fitzroy, and other mountains are unmatched. Travelers can explore the rivers, glaciers, and mountains of the park while staying in basic refugios.
Photo: Shutterstock/marktucan 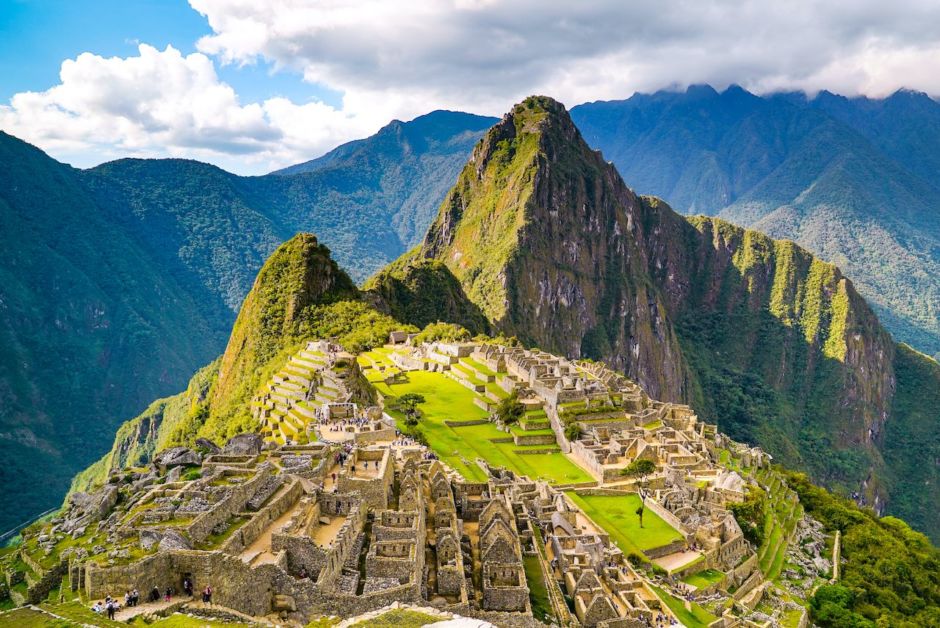 You may have seen this classic view of the ancient Inca ruins of Machu Picchu, with its stone structures and terraces and the pinnacle of Wayna Picchu in the background, so many times that it no longer serves to inspire. But when you're there, and you enter the complex and stand at this very spot, it'll be like seeing it for the first time. It's truly a special place.Photo: Seumas Christie-Johnston/Shutterstock

See more inspiring pictures of the 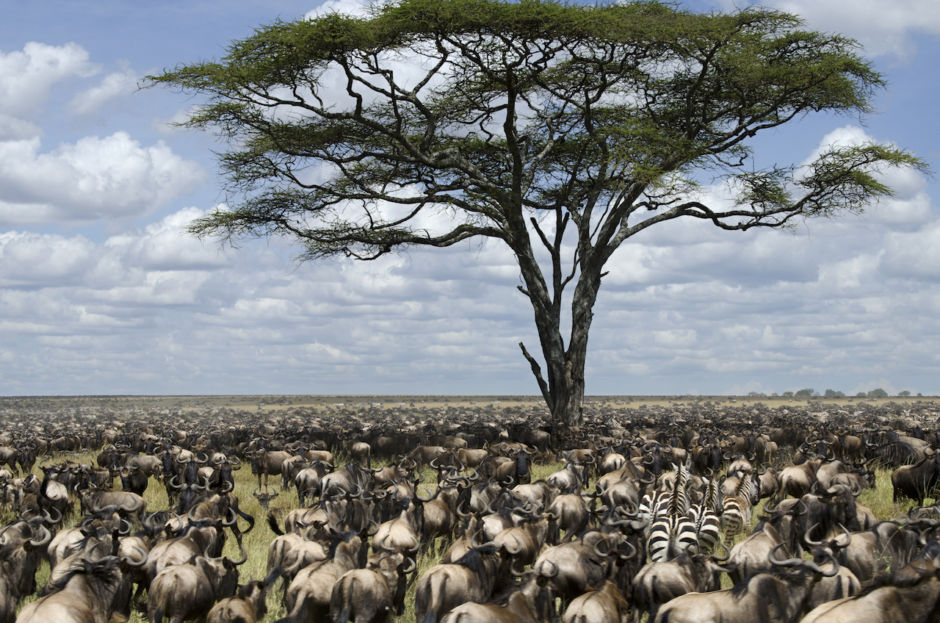 Every year from July to October, two million wildebeest make the journey from Serengeti National Park in Tanzania to the Maasai Mara National Reserve in Kenya. One of the most epic sections of this journey is the crossing of the Mara River, where the bottlenecked herds plunge into rushing water inhabited by crocodiles. Depending on when you visit (either Tanzania or Kenya), it should be easy to arrange a safari that allows you to see this inspiring natural phenomenon.Photo: Eric Isselee/Shutterstock 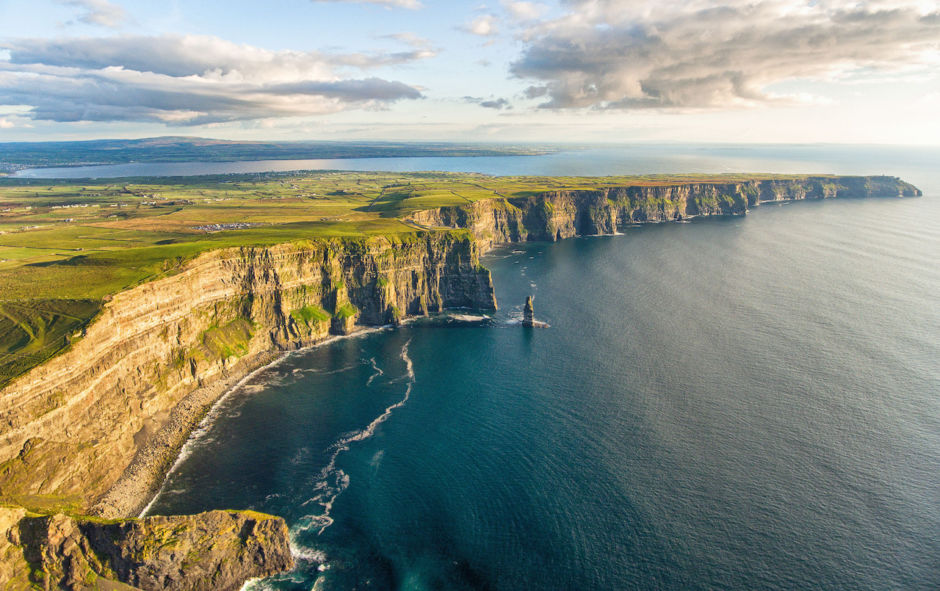 Where County Clare meets the North Atlantic near the village of Liscannor, the land falls away in a series of brooding cliffs. Chances are your visit will coincide with weather conditions that look like those above. Don't give up on account of rain, though—the clouds can break quickly, shifting from downpour to picturesque shafts of sunlight in a matter of minutes. The cliffs are an easy day trip if you're staying in the western hub of Galway.Photo: shutterupeire/Shutterstock 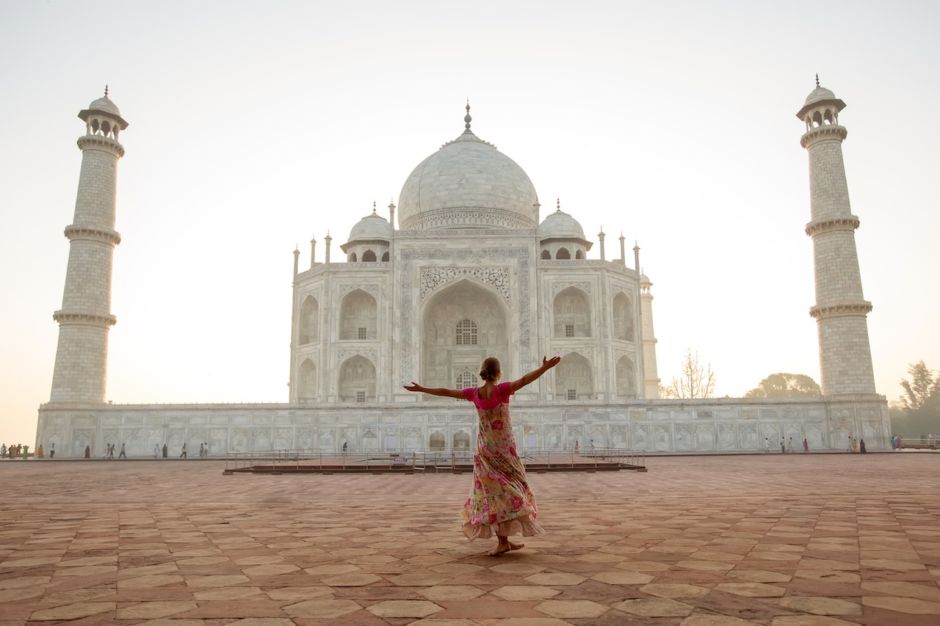 Each year, millions of people visit the Taj Mahal in Agra, India, the iconic structure commissioned in 1632 by a Mughal emperor as a tomb for his third wife (inspiring either as a tribute to true love, or the excesses of government spending, depending on your perspective). Get there quick if you want to see it—whether due to the air pollution that's slowly turning the exterior yellow, or the fact that the whole thing may collapse as a result of the decay of its wooden foundation, the Taj Mahal probably won't look like this forever.Photo: Shutterstock / My Good Images 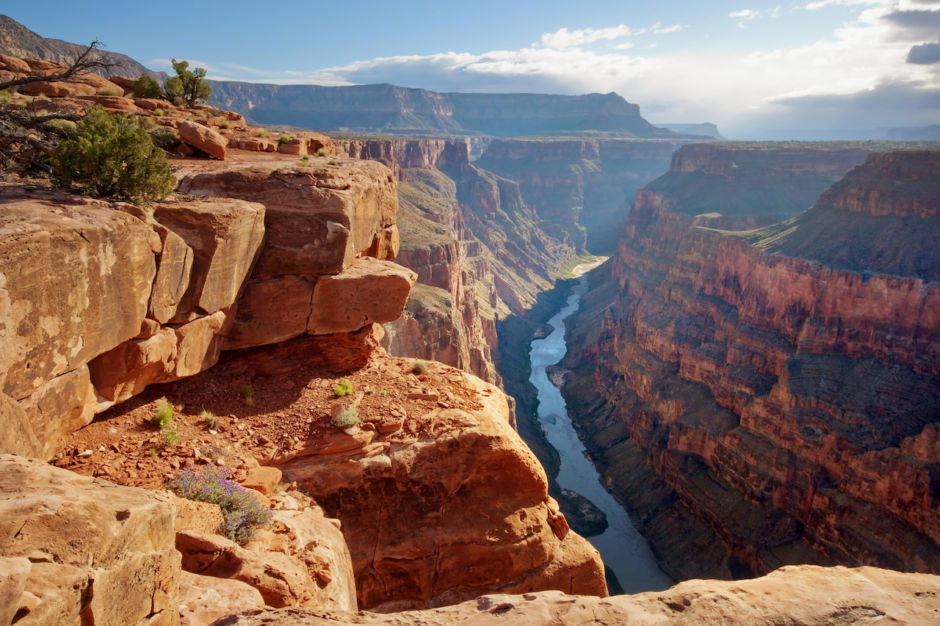 It's not the longest or deepest canyon on Earth, but it's definitely one inspiring view. Stand at Hopi Point, just past Grand Canyon Village on the West Rim Drive, at sunset and watch as the light paints the millions of years of geologic history contained within the canyon walls.Photo: sumikophoto/Shutterstock 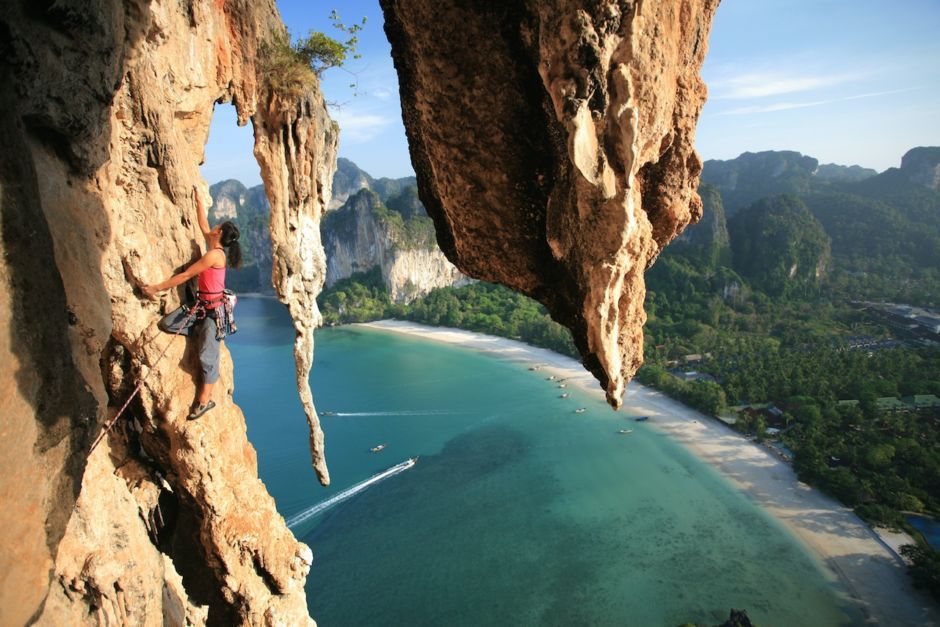 Just off the western coast of Thailand in the Andaman Sea, and particularly in and around Ao Nang Bay, the water is punctuated with numerous limestone karst formations that jut up at dramatic angles. The beach at Railay is probably the best known (and most photographed), bookended by towering cliffs, with more just offshore. It's reachable by longtail boat from Ao Nang, in the province of Krabi.Photo: Shutterstock/King Ropes Access 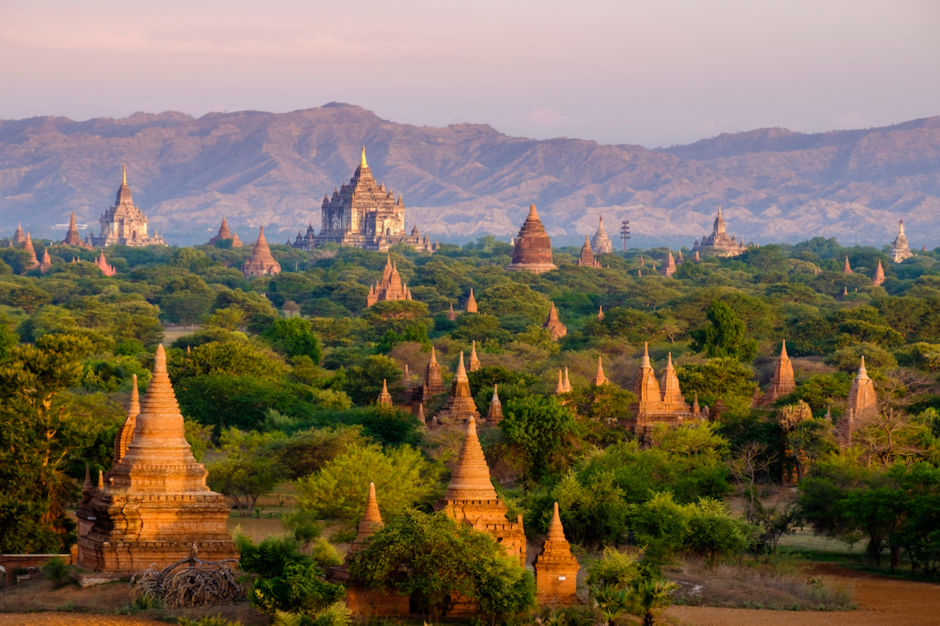 The complex of Bagan in central Myanmar is home to the remains of more than 2,200 temples, pagodas, and other structures (out of an original 10,000+ built at the site of this ancient capital). Catch it at sunset for a truly inspiring view, or go for a sunrise balloon ride over the plain. You can get to Bagan pretty easily on an overnight bus from Yangon.Photo: Martin M303/Shutterstock 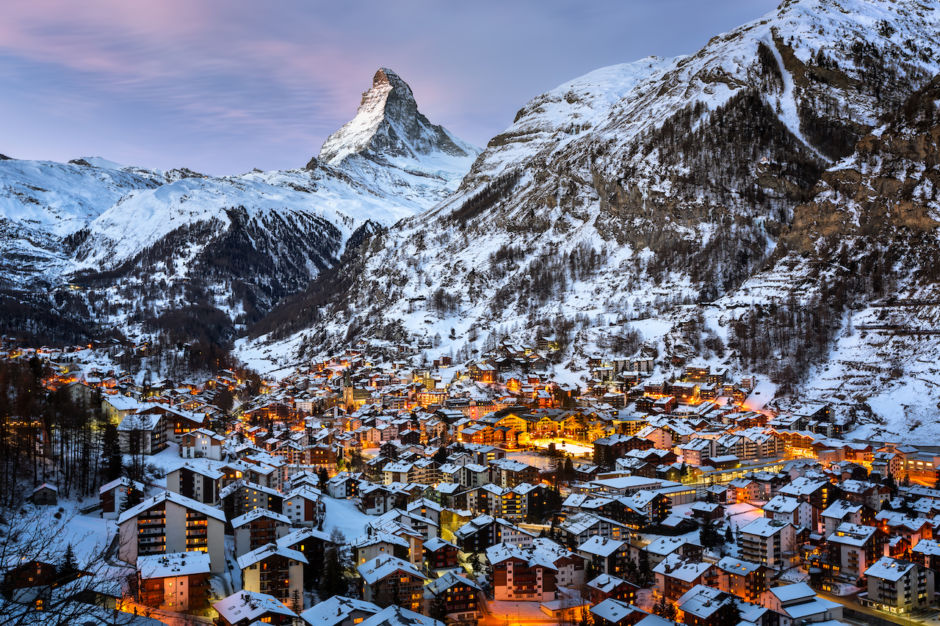 Many peaks make up the Swiss and Italian Alps, but none strikes quite as impressive a profile as the Matterhorn. At 14,692 feet, it's also one of the tallest, as well as one of the deadliest—500+ mountaineers have died attempting the summit in 150-odd years of climbing. For the best view, head to Zermatt, Switzerland, a small mountain town that's only accessible by rail.Photo: ansharphoto/Shutterstock 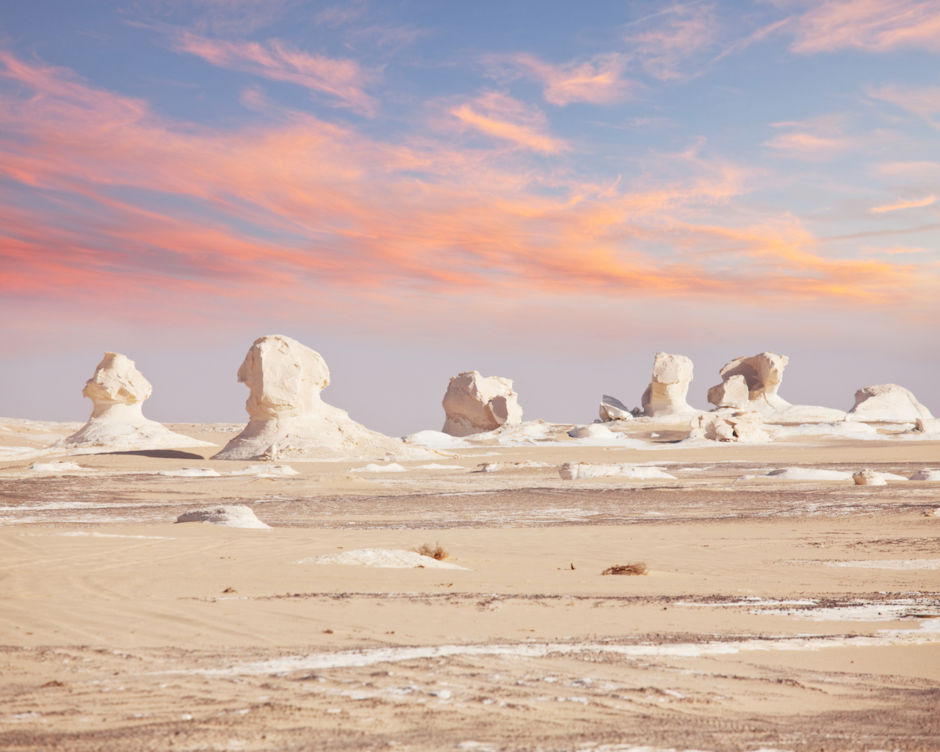 Deep in the barren Western Desert of Egypt is a small area (and national park) known as the White Desert. It gets its name from the chalky stone formations that dominate the landscape. While in other parts of the world such formations are the result of water erosion, here the creative force is windblown sand particles, which slowly etch away at the soft stone. Find it via a tour out of Bahariya Oasis, which is a few hundred miles southwest of Cairo by highway.Photo: Galyna Andrushko/Shutterstock 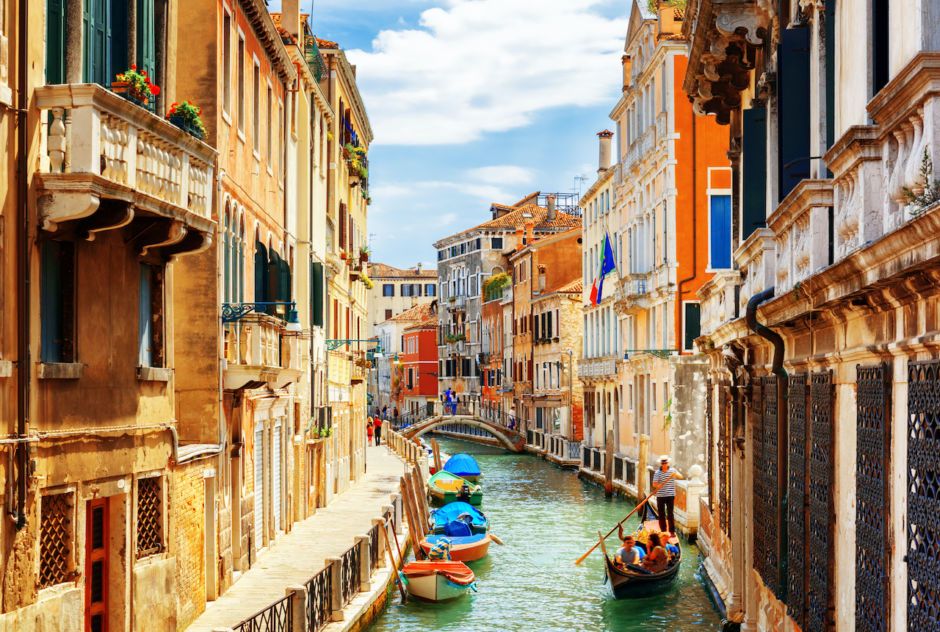 There are a lot of storybook towns and cities in Europe, but Venice stands apart. Its classic Gothic architecture, ornate bridges, and dozens of canals plied by traditional gondolas makes this Italian city unlike anywhere else. It's another one to visit sooner than later, though—between the aging infrastructure and the increasing threat from sea-level rise, the survival of this inspiring place is not guaranteed.Photo: Efired/Shutterstock 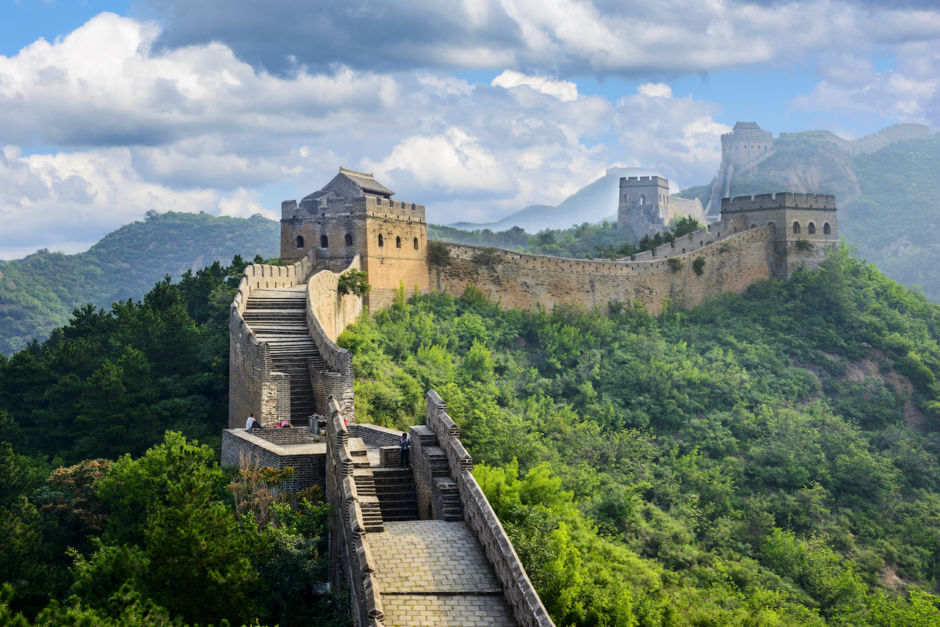 China's Great Wall is well ingrained in our popular consciousness, and for good reason. Parts of this monumental construction date back 2,600 years, and today it spans, when all of its many branches are taken into account, some 13,000 miles. The most visited section is at Badaling, a short drive northwest of Beijing.Photo: aphotostory/Shutterstock 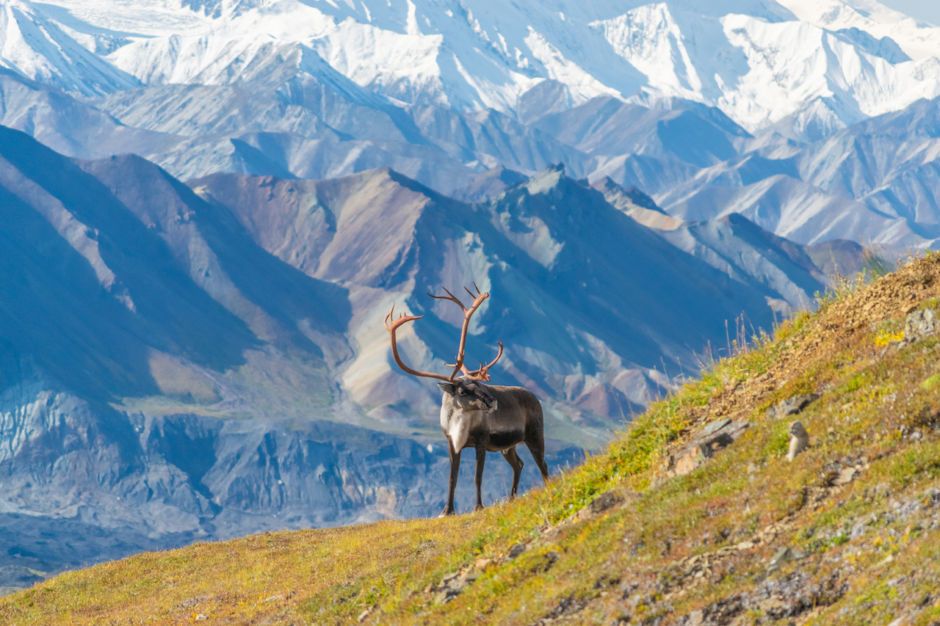 North America's tallest mountain (20,237 feet) is also one massive hunk of rock. When visible (clouds often obscure the view), it permits no questioning of which peak you're looking at, absolutely looming over the surrounding summits in the Alaska Range. For the best views, take the lone road into Denali National Park, where you'll probably also spot grizzly bears, caribou, and other iconic Alaska wildlife.Photo: Martin Capek/Shutterstock 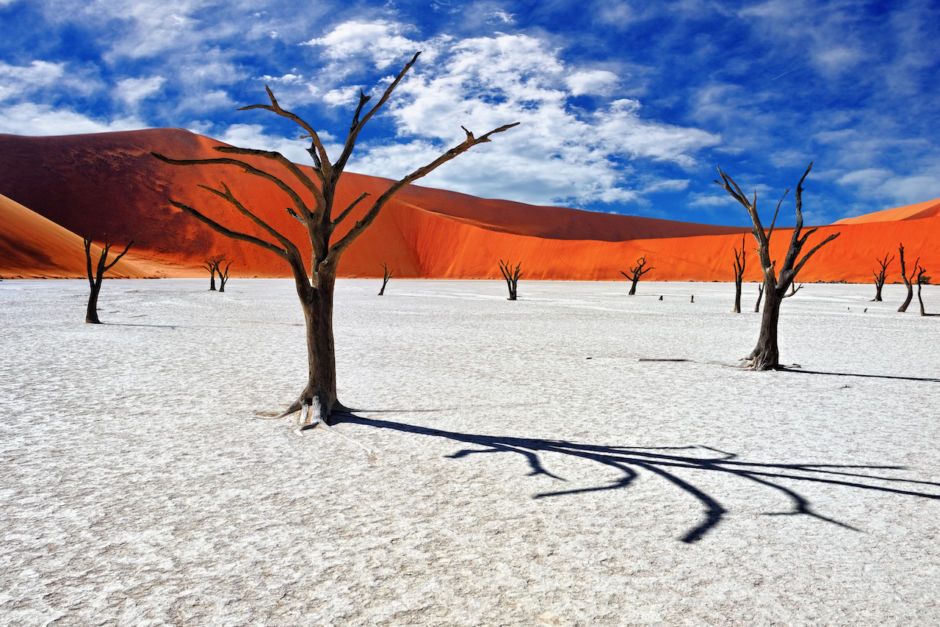 The Namib Desert is home to some inspiring scenery, with vibrant orange and crimson sand dunes towering hundreds of feet into a cloudless sky. But the inspiration reaches its climax at Dead Vlei, a white clay pan dotted with the skeletons of camel thorn trees. Find it in Namib-Naukluft National Park, just inland of Walvis Bay, and 200 or so miles west of Windhoek. Tours often include a prop-plane ride over the desert landscape.Photo: Oleg Znamenskiy/Shutterstock

Tagged
Galleries Trip Planning
What did you think of this story?
Meh
Good
Awesome