1. Assumptions are made to be questioned.

Close your eyes and imagine Canada… Now take that image, remove all the polar bears and igloos, and increase the temperature by about 50 degrees. Okay, now put a whole bunch of vibrant festivals in the middle. That’s what Canada is really like, at least in summer.

The eastern cities of Toronto and Montréal are hot like New York — literally and figuratively — and full of huge festivals such as Pride Toronto (the biggest Pride fest in North America) and one of the biggest jazz fests on Earth in Montréal.

To the west, Calgary is Canada’s sunniest city, where perfect summertime activities include beer drinking and people watching on the Ship and Anchor patio, riding bikes along the Bow River pathway system, going to music festivals like the SXSW-style Sled Island, and any other sun-centered seasonal activities you can dream up. 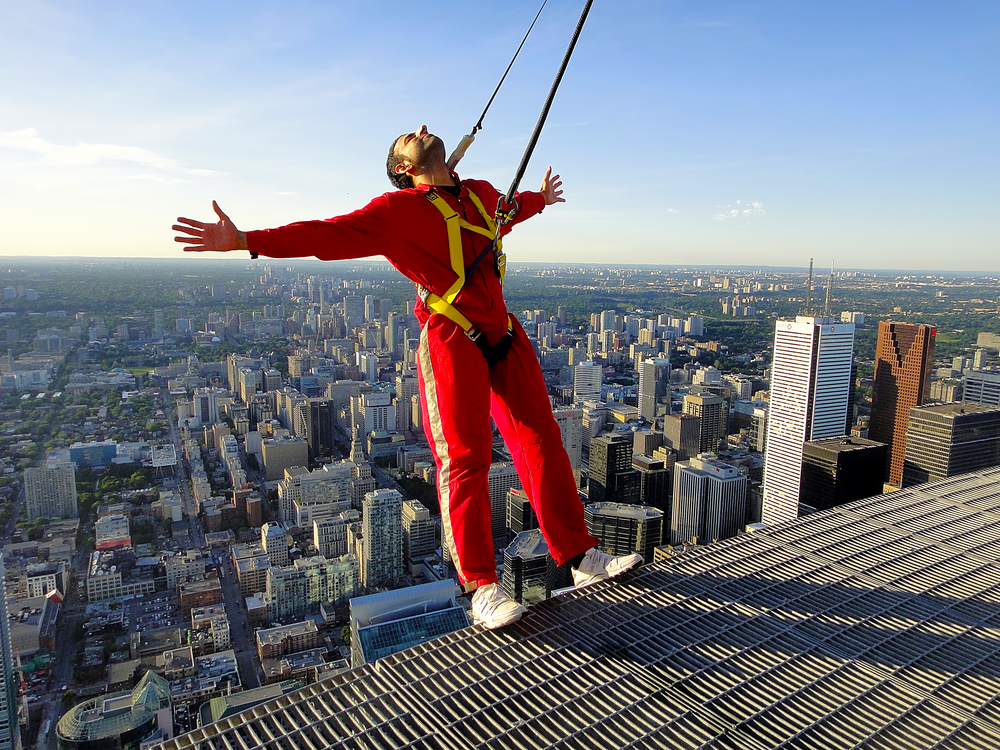 Canadians believe in making the most out of our time here on Earth — but we also believe in rigorous standards for public safety. So when dangling ourselves from the CN Tower 1,168 feet above the ground on the EdgeWalk, ziplining 2,200 feet across Niagara Falls, or riding the longest gondola in the world between Blackcomb and Whistler, we definitely make sure we are, you know, really strapped in.

If you’re into watersports, there are a bunch of opportunities to get wet and wild without even leaving city limits. Montréal has urban surfing on the St. Lawrence River, and Ottawa has incredible whitewater rafting through the downtown core. My favorite (though I’ve never actually tried it, because I’m still a little too amazed that it actually exists) is jetpacking. Basically, you strap into a water-fueled jetpack and fly around performing acrobatic stunts (or maybe just a few belly flops the first time out). It’s increasingly popular on boating lakes across Canada, so keep your eyes peeled for people splashing around like dolphins.

Or actually watch dolphins, and porpoises, and whales, in Newfoundland and Labrador — from a sea kayak while exploring caves and icebergs. 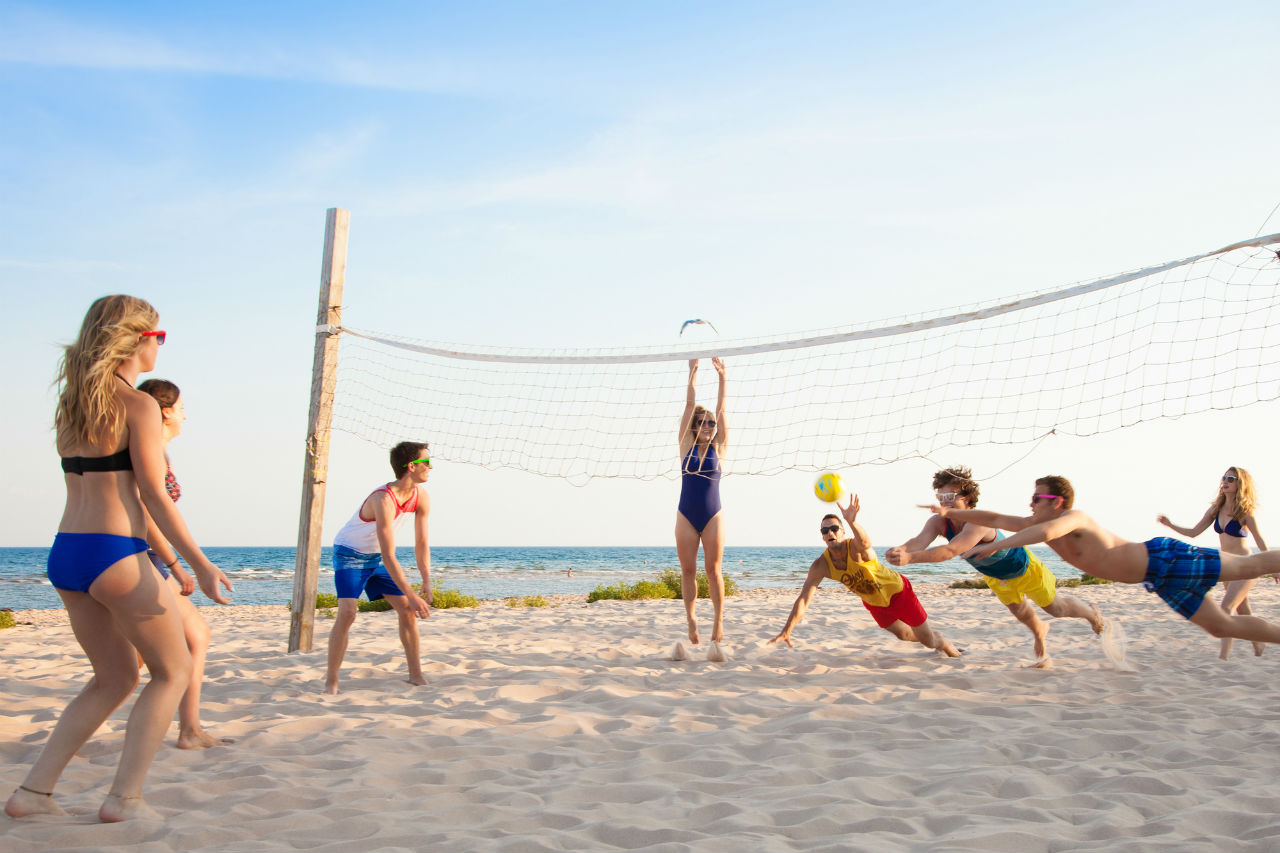 Canada has the world’s longest coastline, and that means plenty of incredible beaches. For something easy on the ears as well as the eyes, check out the singing sands at PEI’s Basin Head Beach, where the sand squeaks beneath your feet and the summertime water’s a balmy 70°F.

And again, you don’t have to work too hard to find an amazing beach — you can strip down to your bathing suit basically right downtown in the country’s biggest cities. Toronto has 11 beaches along its waterfront, each a little different. Some are best for families (Centre Island Beach), some for people watchers and volleyballers (Woodbine Beach), and some for seclusion seekers (Ward’s Island Beach). Then there’s Vancouver’s Wreck Beach. At 4.2 miles long, it’s North America’s largest clothing-optional stretch of sand. Students and professors from the nearby University of British Columbia come here to hang out…and to let it all hang out.

4. The journey is just as important as the destination.

Traveling by bus, train, or plane is pretty much the same experience in every country, right? Not so in Canada. A bus trip might mean climbing into a mammoth ice bus that takes you onto the Athabasca Glacier in Jasper National Park. A train ride from Seattle to Calgary could entail watching deer out the domed-glass window while tucking into a gourmet meal aboard the Rocky Mountaineer. A flight might equal hopping on a seaplane from Vancouver Island to the Great Bear Rainforest to see spirit bears.

And what about human-powered travel? Canada is a perfect place for that, too. Consider hiking the West Coast Trail, a world-famous 47-mile trek along the southwest coast of Vancouver Island — with no shortage of ferns, rainbows, and ladders (three dozen of them). Multi-day touring cyclists can ride a variety of routes through different regions, including the Cabot Trail in Nova Scotia, the Confederation Trail on Prince Edward Island, and the Golden Triangle that takes in the Canadian Rockies national parks of Banff, Kootenay, and Yoho. 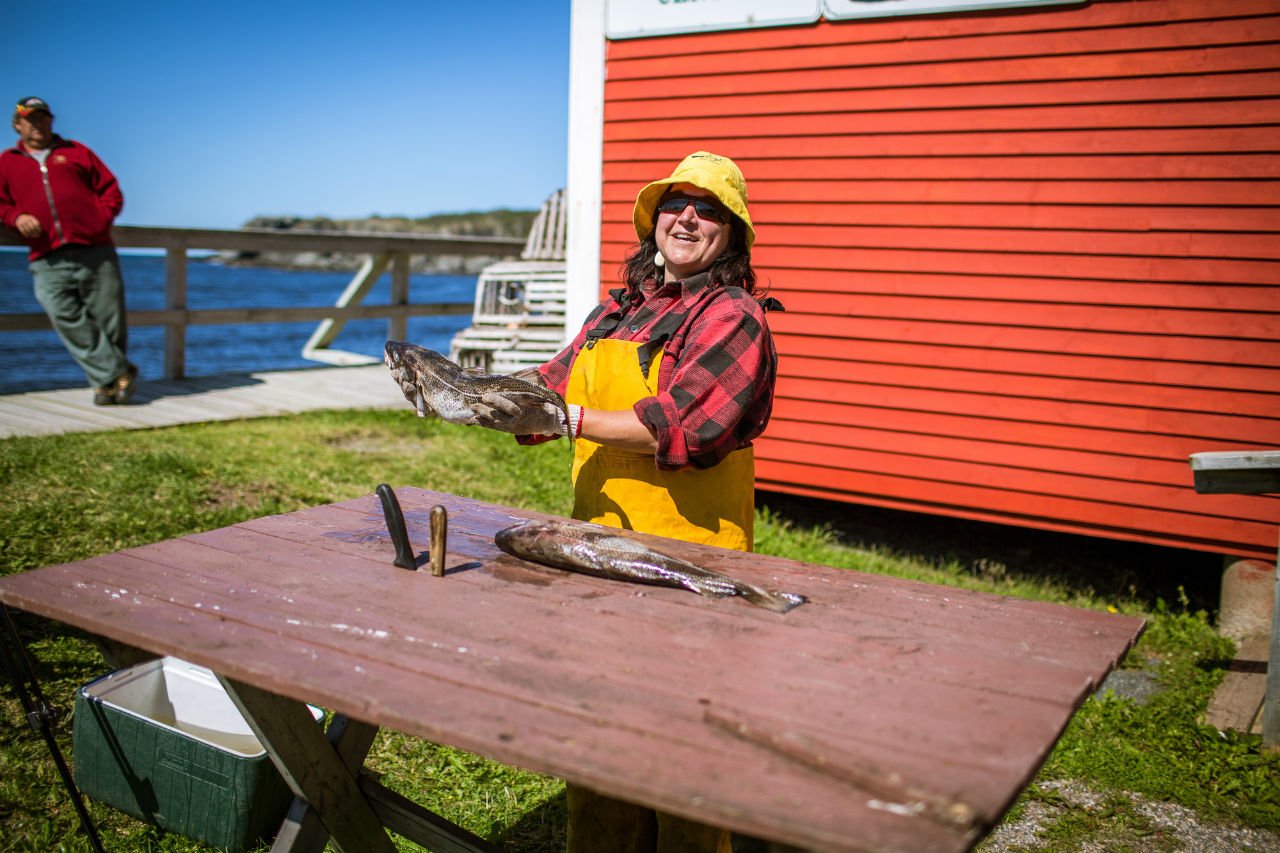 Some people like eating fish, and some people like catching fish. Here in Canada you can do both (if you have the right provincially issued permit for the latter, of course). Saskatchewan is known for fly fishing in its many rivers and parks. Cypress Hills Interprovincial Park is a great place to catch brook, brown, and rainbow trout, while Narrow Hills Provincial Park has abundant walleye and northern pike.

British Columbia has some of the best coastal fishing and the best salmon you’ll ever put on a cream cheese bagel. Over on Prince Edward Island, digging up submerged oysters with large metal pincers is called tonging. It’s the new big thing, and it means you get to catch and eat your fresh oysters on the spot. Or head to New Brunswick to try your hand at lobster fishing. You’ll be pulling traps, hearing the “old salt” tales of the fishermen, and cooking and eating your fresh lobster aboard the boat.

If you’re more of a fish eater than a fish catcher, Atlantic Canada hosts tons of summer seafood festivals. Check out New Brunswick’s Shediac Lobster Festival (a lobster-eating contest is so much more intense than a hotdog-eating contest), or the Campbellton Salmon Festival, which includes its own parade and the Miss Salmon Festival Beauty Pageant (anyone else imagining beautiful mermaids right now?).

6. It takes a world to make a country. 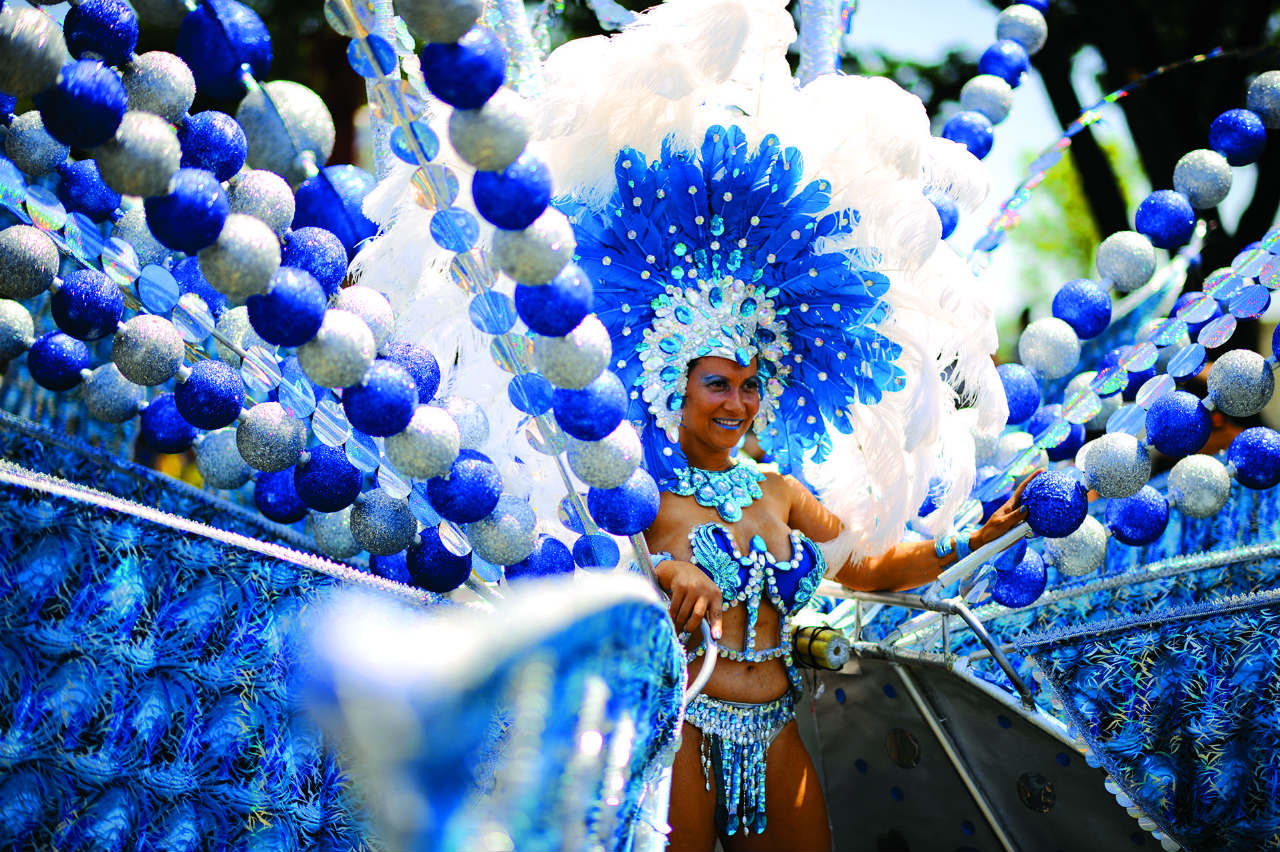 One of my favorite parts about being a Canadian is how often I have the opportunity to meet people from other places, to learn about different aspects of the “Canadian experience” I might not have been aware of.

Canadians aren’t just Canadians. The country has the highest percentage of foreign-born citizens of any G8 nation, and this is reflected in our many exciting (and delicious) cultural and culinary festivals. In Vancouver, a quarter of a million people head to April’s Vaisakhi Day Parade, which throws a spotlight on the city’s Sikh community with colorful floats (and free food!). Montréal’s Haiti en folie features theater (including a Haitian version of The Vagina Monologues), some awesome free-admission activities, and a very lively parade — all alongside no shortage of amazing Haitian food, like griot pork with plantain, rice, and beans.

7. Two is better than one…at least when it comes to languages.

Some, or all, of these things can be found in Québec. Visit the New France Festival, in the heart of Old Québec, to experience what life was like in New France during the 17th and 18th centuries. And there are more festivals celebrating French culture around the country, like the Festival du Bois in Maillardville, British Columbia, and the 10-day winter Festival du Voyageur held in Winnipeg, Manitoba.

Ottawa is home to the North American headquarters of the French culinary arts institute Le Cordon Bleu. They have a full schedule of culinary classes, ranging from one afternoon to four days long, with courses good for professionals and beginners keen to live out their Ratatouille dreams. Or just dine at the onsite restaurant, Signatures, situated in a former lumber baron mansion in the capital’s Sandy Hill neighborhood.

And everyone should get the chance to visit a French Canadian sugar shack at some point in their lives. These traditional wooden huts are found in and around the maple syrup farms of Québec and typically offer tours, sleigh rides, and a selection of dishes prepared with the sweet stuff. You even get to make your own maple taffy. Just pour thick hot syrup over cold fresh snow, and voila!

8. You can’t do everything at once. 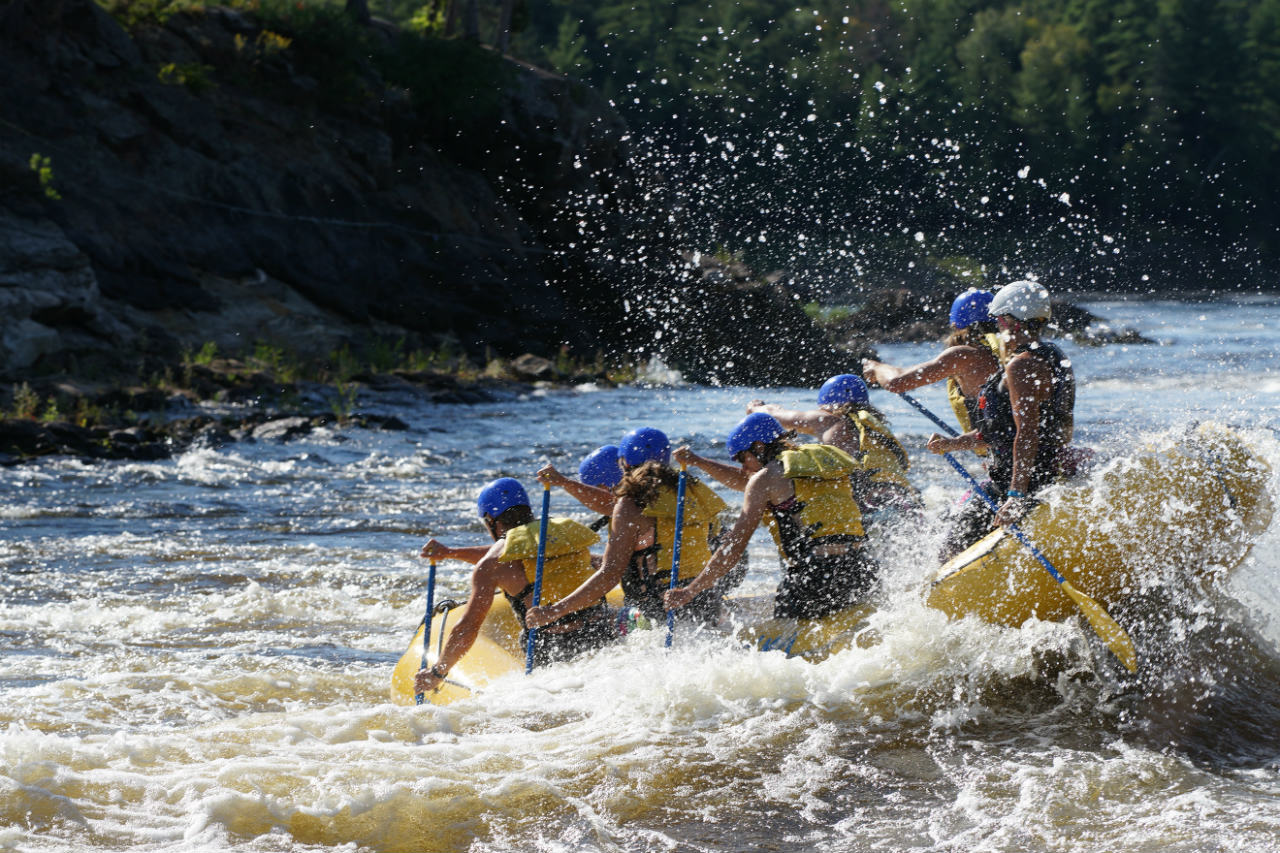 Sure, Canada can be visited on one epic cross-country road trip. But it’s just as good in bite-sized pieces. With hundreds of daily direct flights from airports across the US, a long weekend in Montréal to see the Red Hot Chili Peppers and Radiohead play at Osheaga is a simple proposition, as is comparing Vancouver’s Granville Island Public Market to Seattle’s Pike Place Market in the same day.

Take on the world-famous whitewater near Ottawa on an OWL Rafting trip. Or do as the locals do and slow things down with a few days at an Ontario cottage. In lake-studded areas like Muskoka, a couple hours north of Toronto, the days are left wide open for splashing around in the water and give way to starry nights spent with good friends around the campfire. It might just be the perfect way to unwind.

Remember, this is a big country. You can’t do it all in one go — and because it’s so close, you don’t have to.

9. There’s something special everywhere you look. 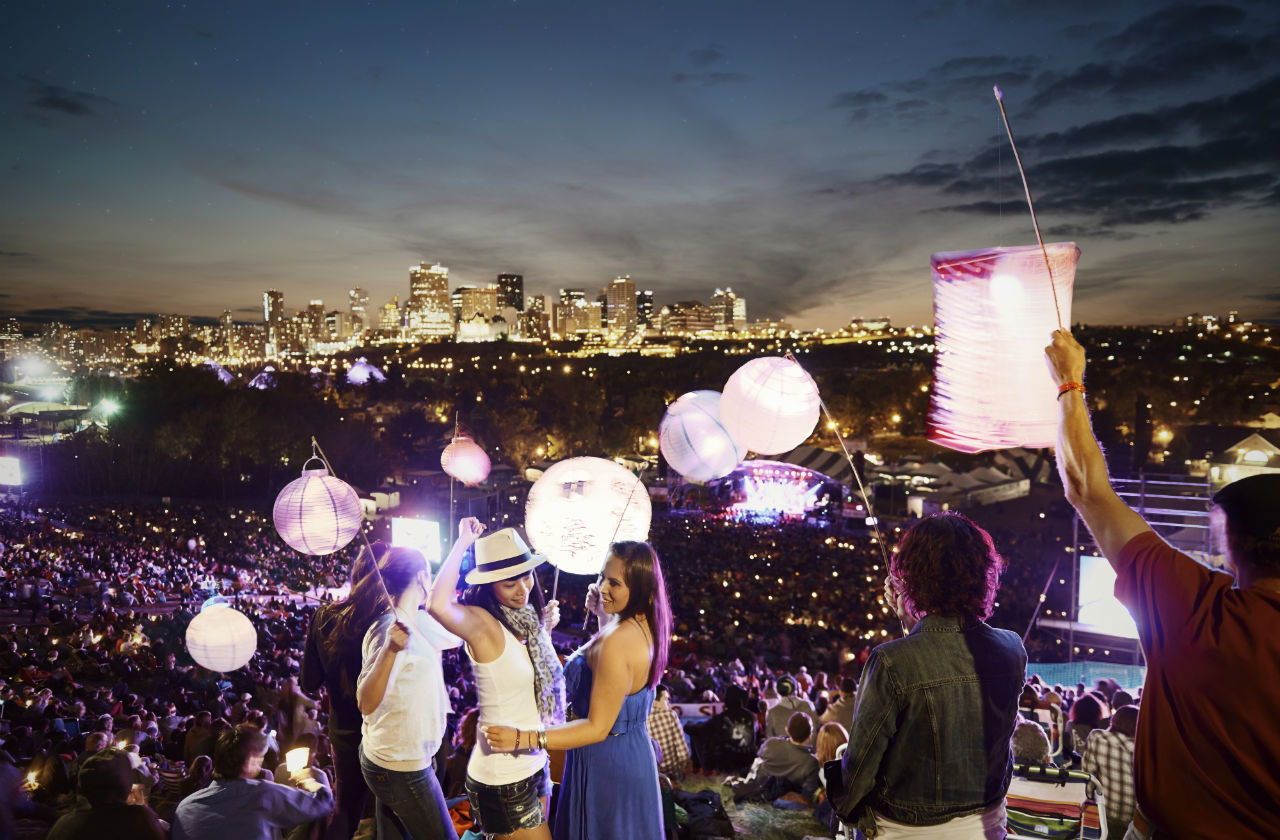 The real lesson you learn when visiting Canada is that there’s beauty everywhere. Head to the Canadian Rockies and you can see moose and bears; hit the cities and you’ll find each has its own personality and offerings, from ghost tours in Edmonton to St. John’s Brewfest, and Vancouver Foodie Tours to the Bay of Fundy’s Seafood Week.

And even the biggest cities incorporate the country’s natural beauty. During the warmth of summer, flowers blossom and music is in the air; during the winter, the delicate frosts and Northern Lights that can be spotted even from city centers will leave you awestruck at life’s intricacies.

This post is proudly produced in partnership with Destination Canada.
Tagged
Travel Canada Canada: Keep Exploring
What did you think of this story?
Meh
Good
Awesome
✖
travelstoke
Download the mobile app
stoked by