The Pan American Highway links Alaska with Chile — except for a small stretch between Panama and Colombia called the Darien Gap — and is a classic among overlanders. My partner Coen and I haven’t driven the North and Central American stretches, but we can say this about the PanAm in South America: It’s paved, easy to drive, and does have its charms. It also crosses a number of countries, so in relatively little time you’re exposed to a variety of landscapes and cultures.

However, if you want a bit more adventure, and to actually experience South America rather than just pass through it, take the first turnoff and hit the countryside. After having traveled on this continent for more than 7 years, covering some 82,000 miles, we’d argue that the following are among the roads you’ll want to put on your South American road trip bucket list. 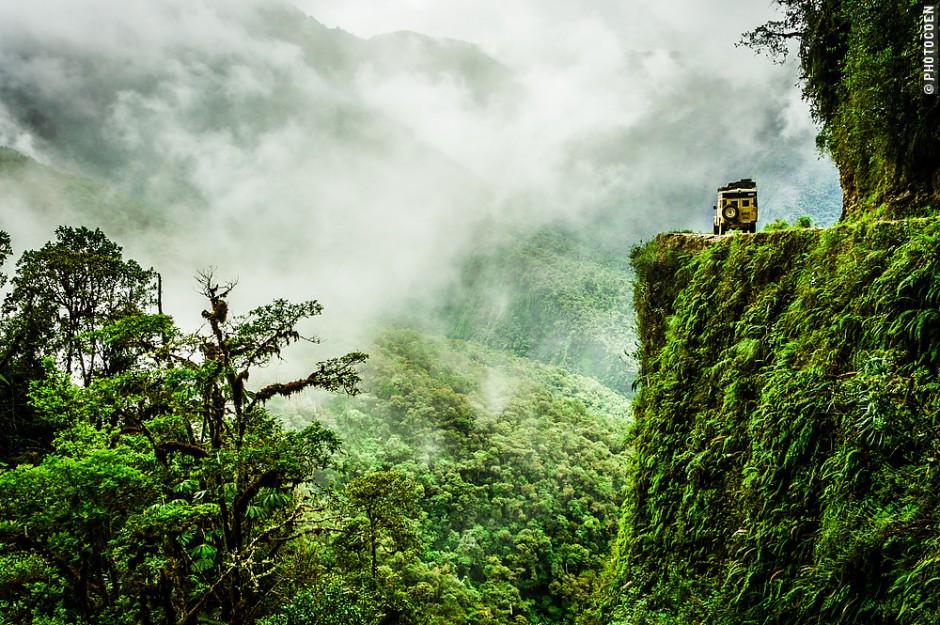 Death Road, Bolivia: The "most dangerous road in the world"

Much has been written about the Death Road, especially with regard to cycling it with a tour agency out of La Paz. Since Bolivia built a highway around it, the road is largely void of traffic and mostly used for tourism. We loved driving here and stopped frequently to feel the solitude and take in magnificent views of the rainforest. The Death Road starts at an altitude of 9,800 feet, winds down into the rainforest, and ends at the town of Coroico at 5,000 feet. If you're going to drive it, leave after 11am, when the cyclists have finished.
All photos: Coen Wubbels 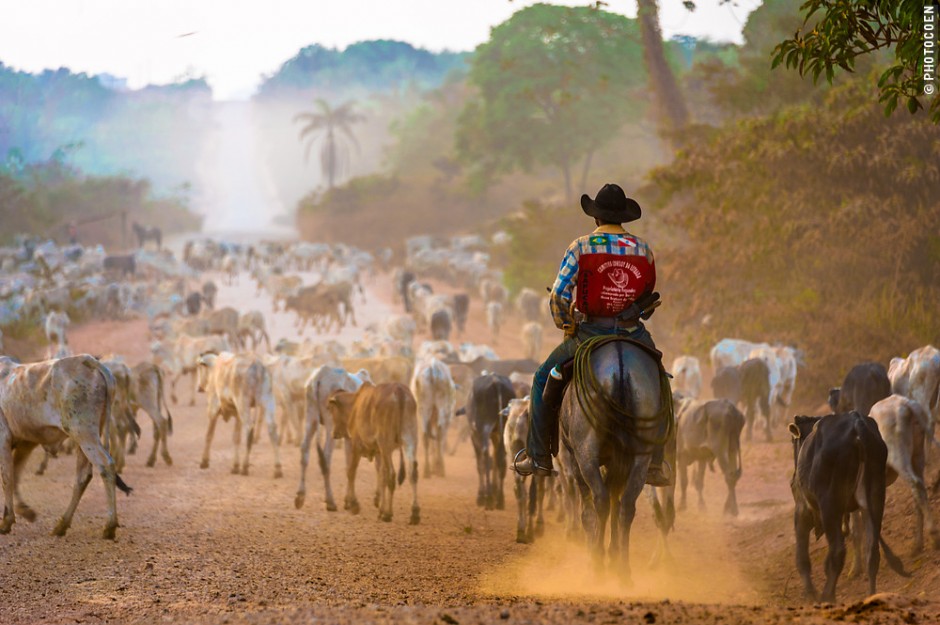 Transamazônica, Brazil: The longest road through the Amazon

The Trans-Amazonian Highway was built in the 1970s to open up the Amazon to the rest of Brazil. The name is somewhat misleading, as part of this 4,000km route cuts through the dry interior of Northeast Brazil (the easternmost city is João Pessoa), which is uninspiring to drive. The interesting part is the stretch through the Amazon: roughly speaking, from the infamous Belo Monte Dam project westbound to a village called Lábrea. Parts of this unpaved road may become impassable during the rainy season, when dust turns into slick red mud and bridges collapse. The best time of the year to drive it is July–Oct. What shocked us was that, apart from Amazônia National Park, we didn't see much untouched rainforest; most of the area has been deforested for cattle ranching. You may come across a traditional cattle drive, with cowboys driving more than 1,000 cows for months on end from various fazendas to the slaughterhouse. 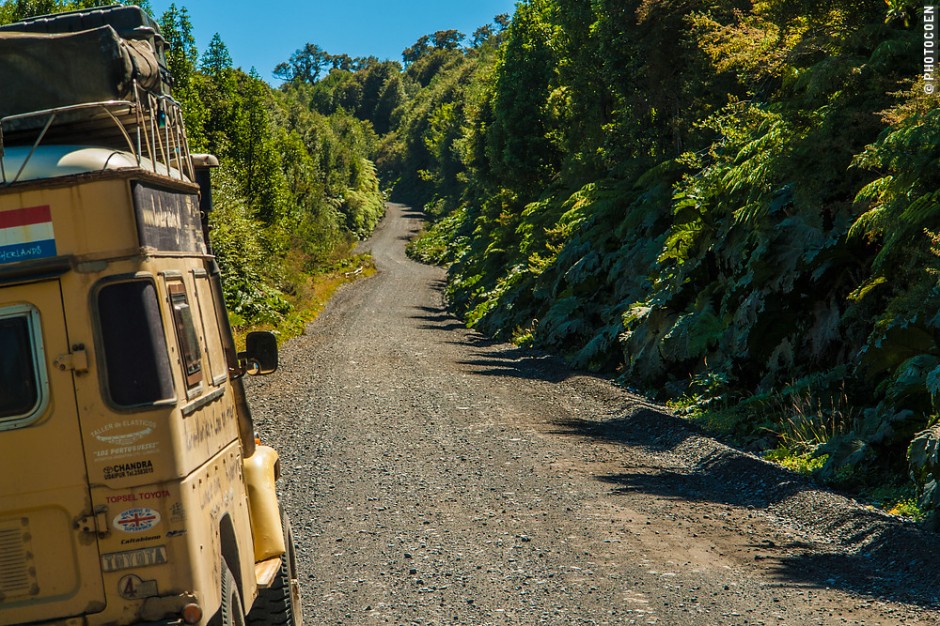 More than 600 miles of gravel road wind through scenery of rainforests, glaciers, volcanoes, fjords, and rivers. This is the only road connecting northern and southern Chile. It was largely constructed under Pinochet's regime in the 1980s—initially it bore the name of Carretera General Augusto Pinochet. We loved driving the Carretera Austral, as we embrace nature and wilderness and don't mind having to do without fresh food for a couple of days. In February there's a fair chance you'll stumble across a rodeo. 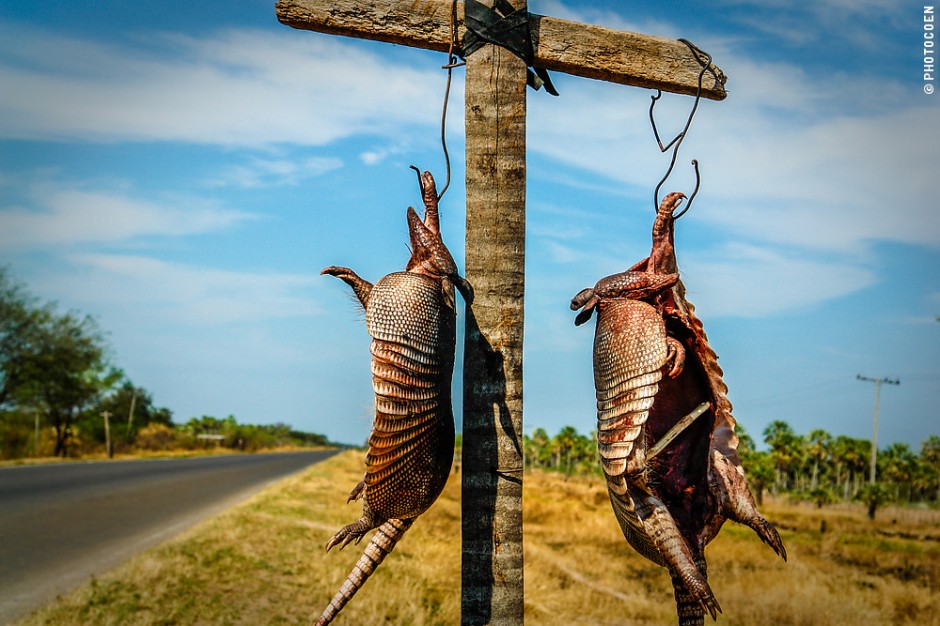 For decades, roughly before 2009, this was known as South America's worst road. Cars and buses could get stuck for days on end, especially in the mud during the rainy season. When we drove it the first time, it had just been paved and was so smooth you could roller-skate on it. However, the asphalt layer was so thin that within a year cracks and deep potholes were visible again. On this route, we visited thriving Mennonite communities who arrived here penniless early in the 20th century and within two or three generations have built affluent farming communities in the Chaco wilderness. Note that not all communities are keen on receiving visitors, so ask for permission before wandering about (e.g., with the mayor of the community). 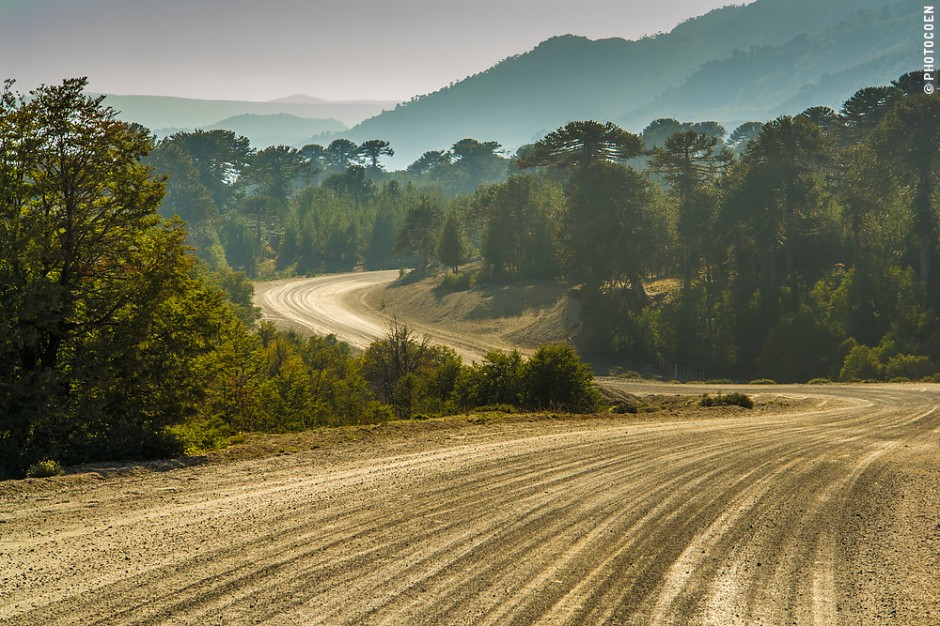 Ruta 40, Argentina: The most famous road in South America

Some 3,000 miles separate La Quiaca in the north and Rio Gallegos in the south. We photographed llamas and vicuñas on the altiplano and stopped for wine tours in Cafayate and Mendoza. After the popular stretch through the Lake District down to El Bolsón, we traversed desolate Patagonian plains where ñandú (a relative of the ostrich) raced alongside our Land Cruiser, and we spotted foxes and came across herds of sheep crossing the road. Go now, as Argentina is paving Ruta 40 as I'm writing, which will facilitate driving but take away the sense of adventure and magic that Ruta 40 is so famous for. 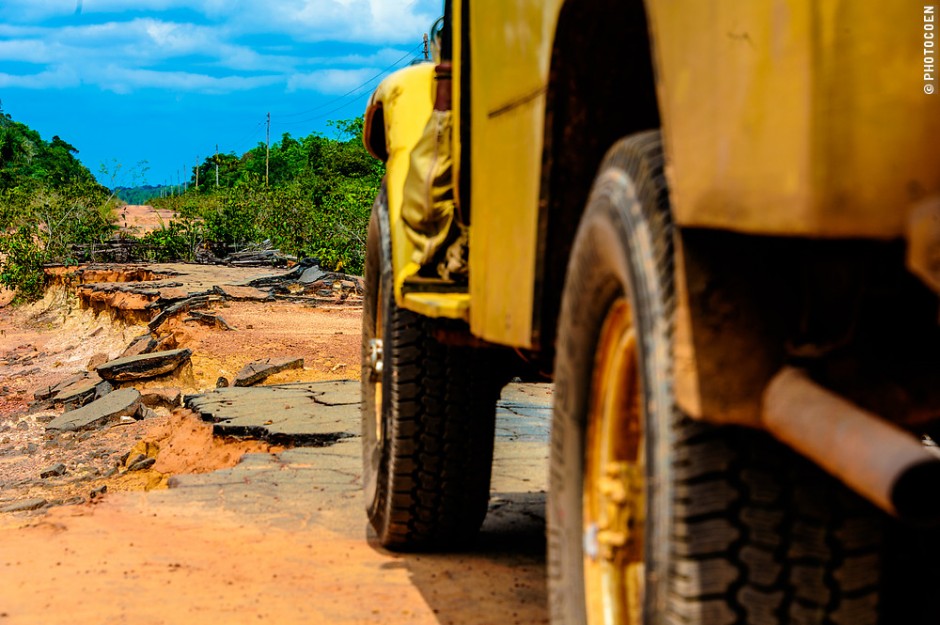 This 800km road runs from Porto Velho to Manaus. Like the Transamazônica, the BR-319 was built by Brazil's military regime in the 1970s with the intent to open up the Amazon rainforest for economic purposes. However, as it was one of the first roads through the Amazon, know-how was minimal, and the road was built on swampland. This, together with annual floods that washed away dozens of bridges, contributed to the road falling into disuse. Nowadays, all trucks go by boat, and only the adventurous attempt it, camping rough along the way. To give you an idea of the challenge: It took us five days to complete the 800km. Photo: Coen Wubbels 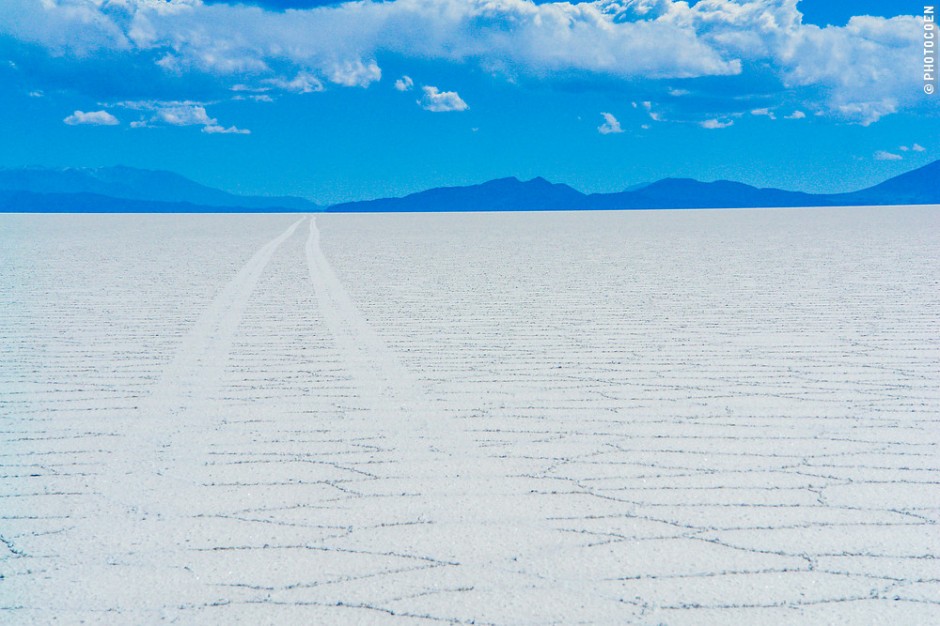 The world's largest salt flat is technically not a road, but driving here is absolutely mind-blowing. The white ocean of salt is hemmed in by the Andes Mountains and looks like fresh snow that's not yet been disturbed by footsteps. Most travelers visit the salt flat with an organized tour from Uyuni, but you can also rent a car and go on your own. The advantage is the opportunity you have to rough camp, which was one of our most overpowering experiences in South America. Note that Salar de Uyuni lies at 12,500 feet, so take measures to prevent altitude sickness. 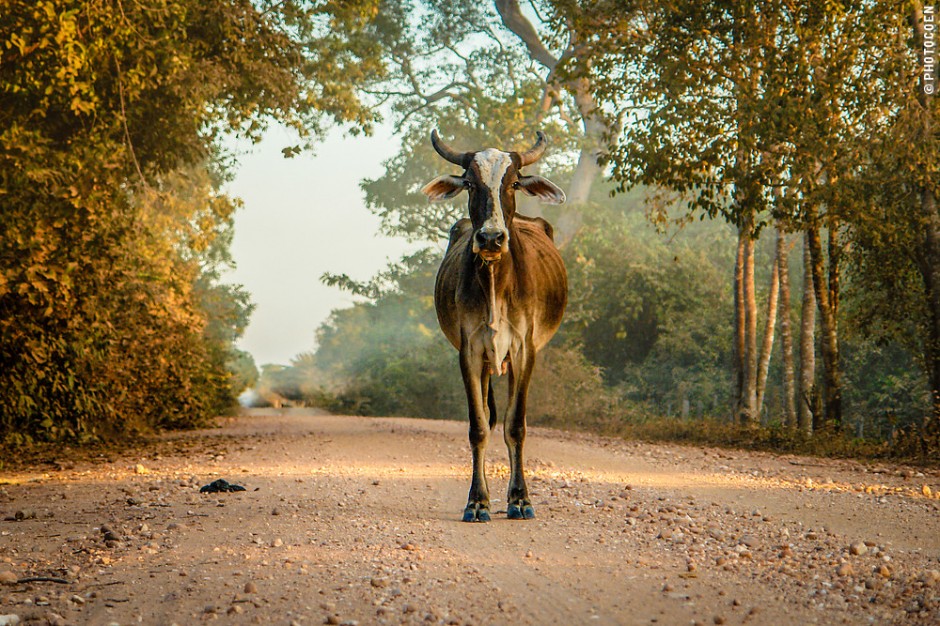 The Pantanal, the largest inland wetland in the world, is one of the most pristine and biologically rich environments on the planet. With more than 200 species of fish, 120 species of mammals, almost 100 different reptiles, and at least 600 types of birds, it's a favorite among birdwatchers, wildlife spotters, and lovers of fishing. On the north side of the region we drove the Transpantaneira, an unpaved road crossing some 120 bridges down to Porto Jofre. Along the south side we followed the Estrada Parque, popular with tours and the easiest to find affordable guesthouses along the way. True adventurists as we are, we ventured deep into the Pantanal. Just make sure you have permission from the fazendas (ranches) you’re bound to cross. A sturdy 4WD is a must. 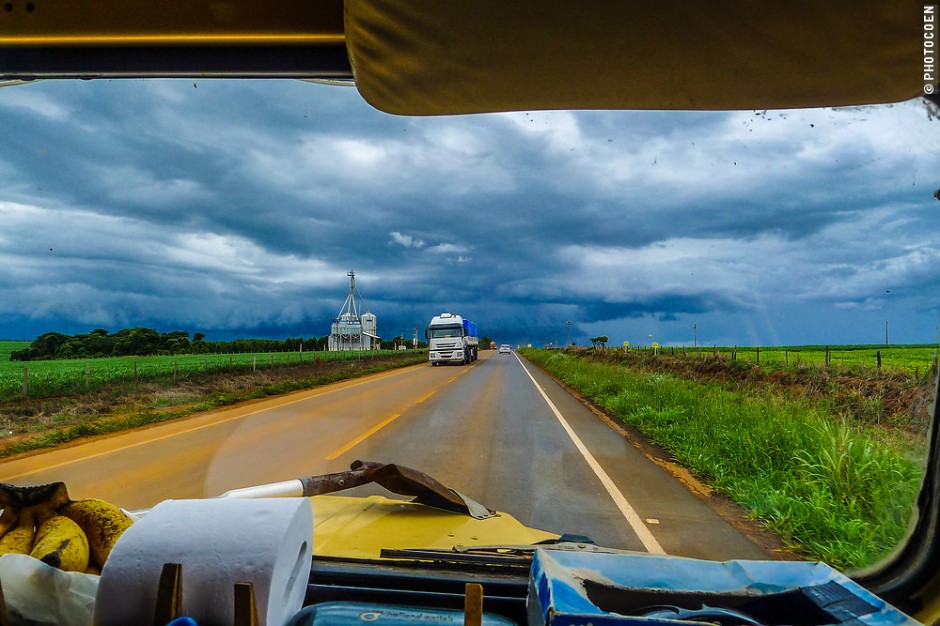 This multi-billion-dollar, multi-country road runs from the Peruvian Coast on the Pacific via the Amazon to the Brazilian ports of Santos and Rio de Janeiro. Goal: to boost Peru's economy and to give Brazil access to the Pacific Ocean. Of all road trips mentioned here, this one is the easiest to drive, as it's the only one that's entirely paved. Together with the Transamazônica, the landscape stands in contrast to that of other trips included on the list. Don't expect virgin forests, natural landscapes, or an abundance of wildlife. This is a trip where we saw Brazil's booming industry in São Paulo, its vast cattle and farming industry in Mato Grosso and Amazonas, and the (relatively) small-scale agriculture in Peru.