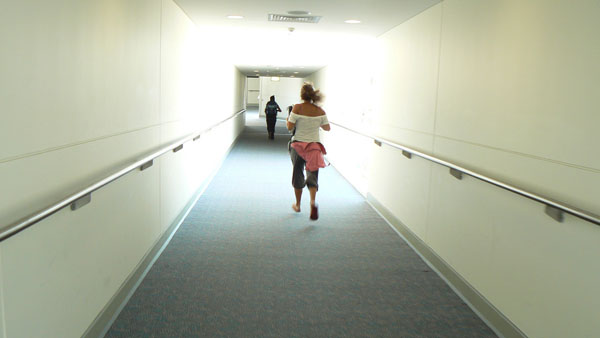 Talk about your epic RTW trip.

I don’t normally give props for this kind of stuff. I don’t like country collectors. I don’t like goals to “visit 100 countries before I’m 35.” To me, this isn’t what travel is about. But this guy, Kashi Samaddar, doesn’t pretend to be a traveler.

And besides, he had a real goal: to bust into the Guinness Book of World Records for shortest amount of time to visit every country in the world. And he did it. He traveled to 194 countries in six years, 10 months, and seven days. That’s just under two weeks per country.

While the article at the Daily Mail slags him for his photography skills — taking shots in bizarre locations instead of “top tourist sights” — this is actually what endears him to me. 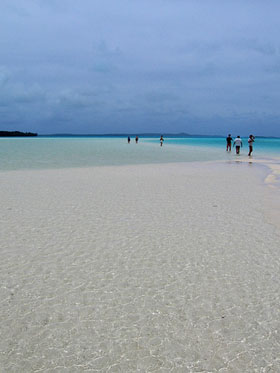 They berate him for not getting in Big Ben, Buckingham Palace, or the white sand beaches of the Cook Islands. But everyone’s seen all that stuff.

Show me the inside of a London office while standing beside some random guy, or a self-portrait in Greenland with a pram arbitrarily placed to your left, and I’m all over it.

Now that’s something you don’t see every day.

The idea to travel to every country on the planet occurred to Mr. Samaddar after getting stuck in Johannesburg due to visa issues. He wanted to highlight the difficulties of some nationalities obtaining visas — Indians, for one.

And even though he had opportunities to become a Canadian or Australian citizen — which would have made things much easier — he chose to keep his Indian citizenship. He wanted to prove that someone from India could travel anywhere in the world.

Even though he had major problems getting some visas — it took him almost three years to get one for Moldova — he got it done in the end.

What do you think of Mr. Samaddar’s record? Share your comments below!