TO PUT IT MILDLY, Cape York is remote. It is the “largest unspoilt wilderness in northern Australia and one of the last remaining wilderness areas on Earth.” src From Cairns in North Queensland, the tip of the peninsula — Australia’s northernmost point — is around 1,000km (621 miles) away. Its population is still mostly made up of indigenous peoples: Around 60% of the 18,000 inhabitants are Aboriginal Australian and Torres Strait Islanders.

A unique way to experience this part of the country is by motorcycle. It allows you to go places other vehicles can’t, like across creeks and rivers and down single-track paths. Keep scrolling and you’ll see what I mean.

Craig’s trip to Cape York was sponsored by Tourism and Events Queensland and provided by Cape York Motorcycle Adventures. 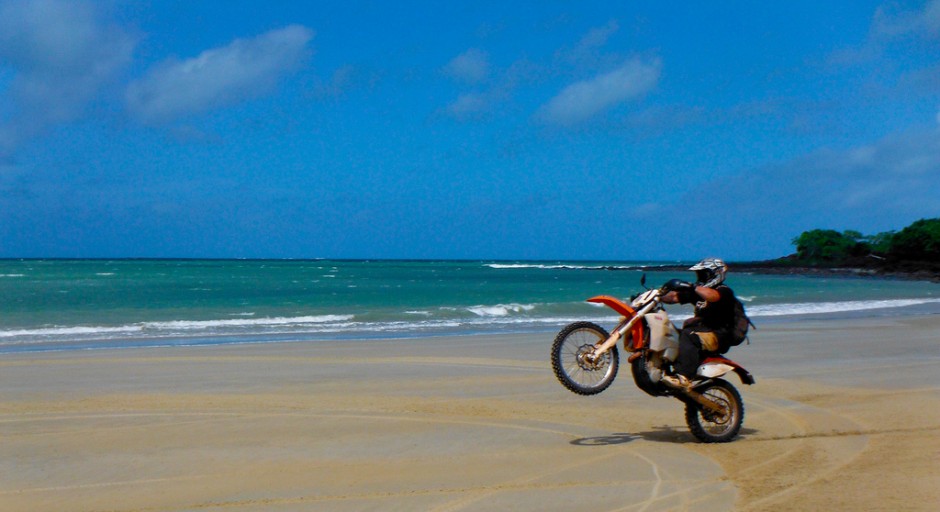 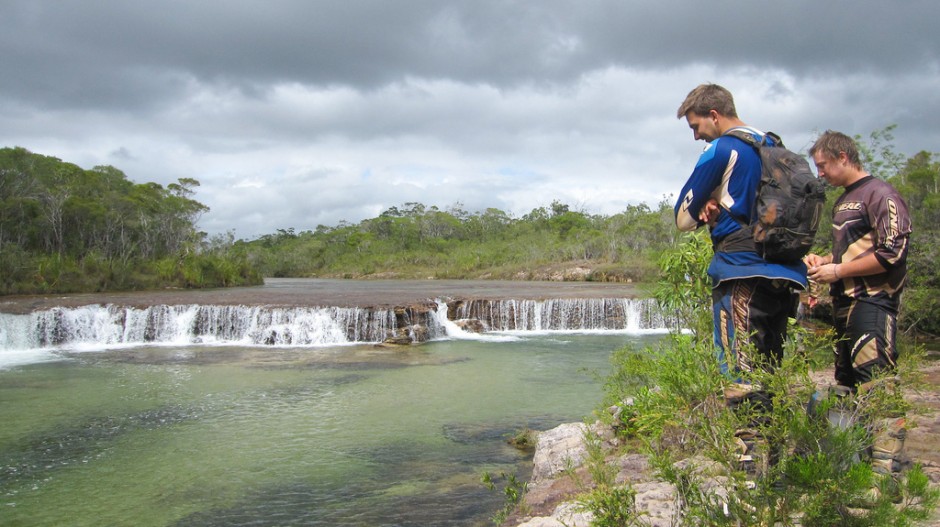 Luke and Mark checking out the scenery. These falls are found in Jardine River National Park, traditional country for many Aboriginal groups. Camping is permitted. 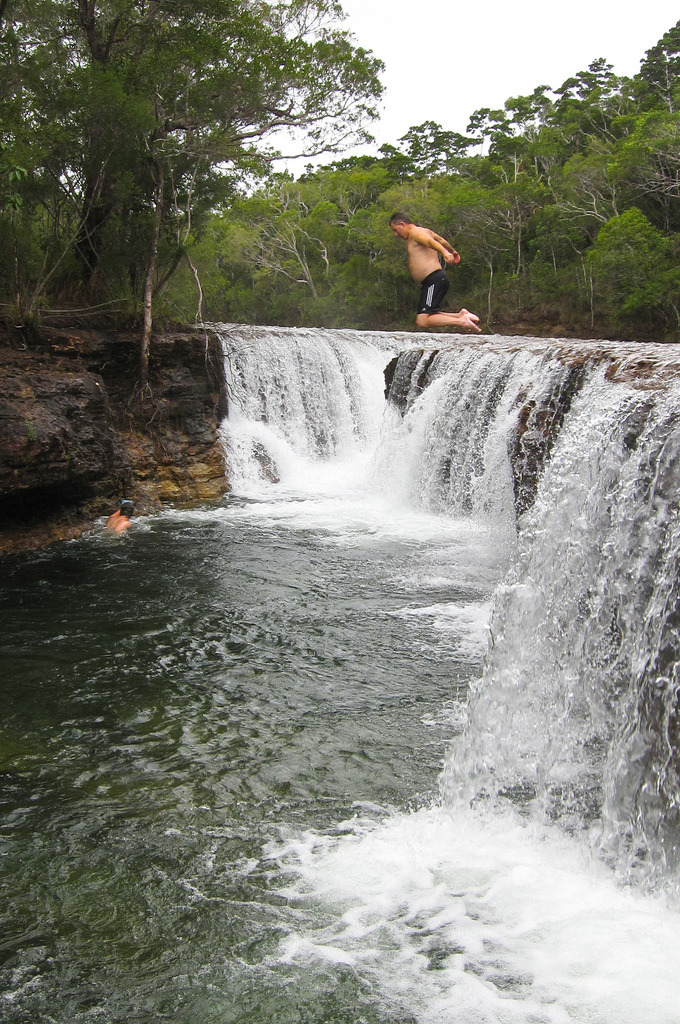 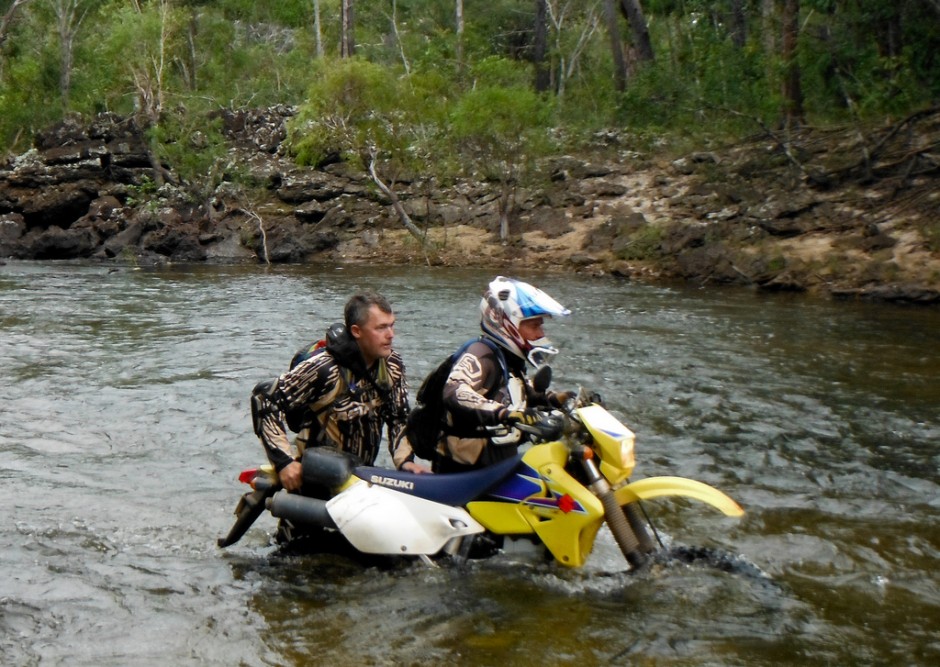 Colin and Kevin work together to get a bike across the river. 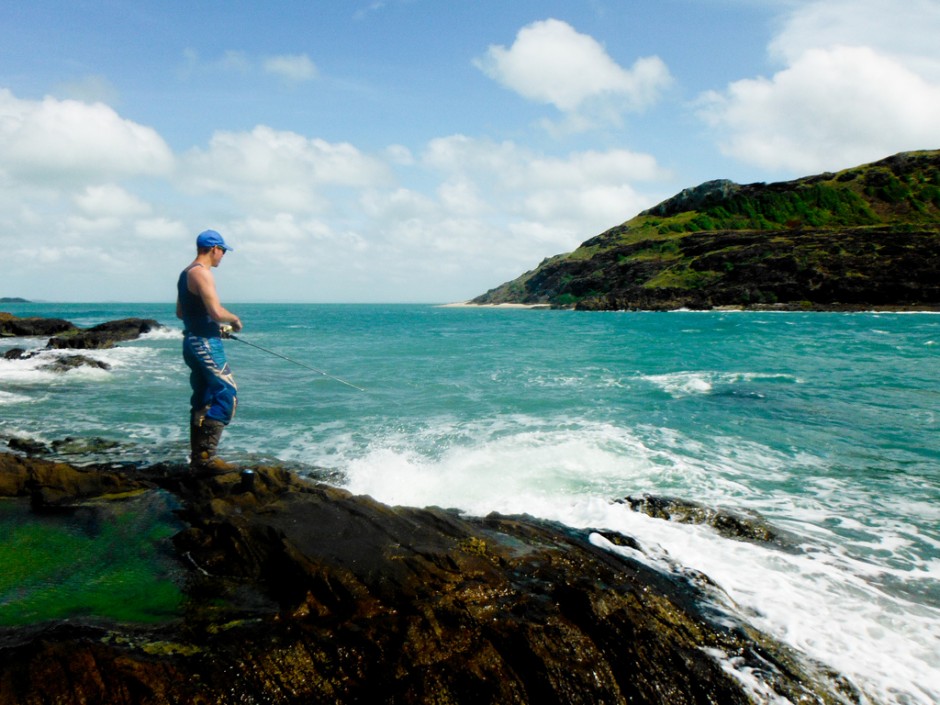 Paul casting his rod out at the tip of Cape York.

Luke pushes his bike through a muddy creek.

Camping at Archer River on day 5 of the trip. From November to April - the "wet season" - the Archer River floods and brings life to over a million hectares of wetlands. The river is protected by the Wild Rivers Act, meaning only sustainable activities are allowed.

Kevin, leading the pack, sends out a warning to the rest of the group. 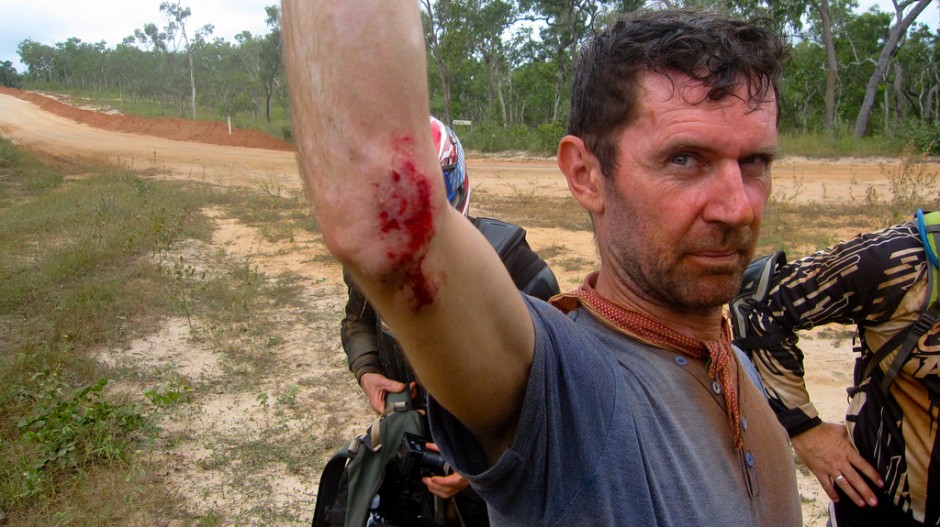 Yours truly sporting a quickly swelling elbow after a crash. 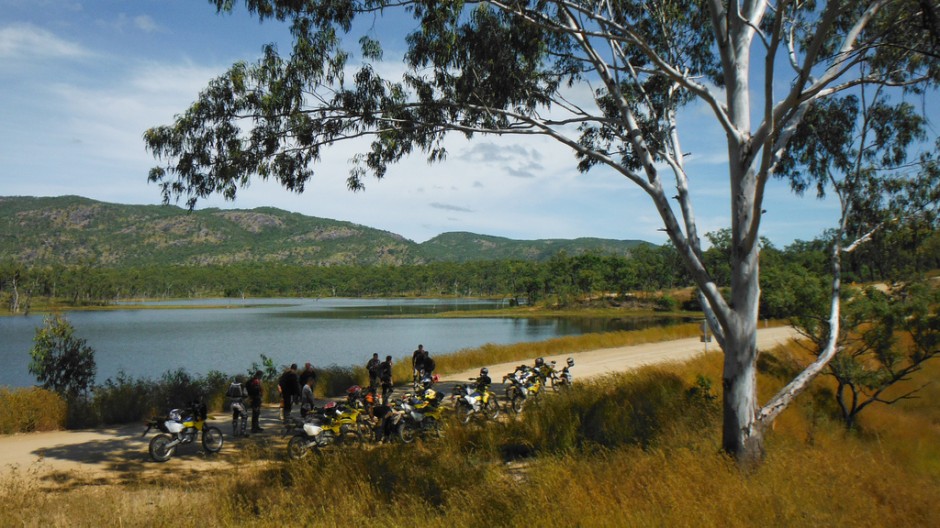 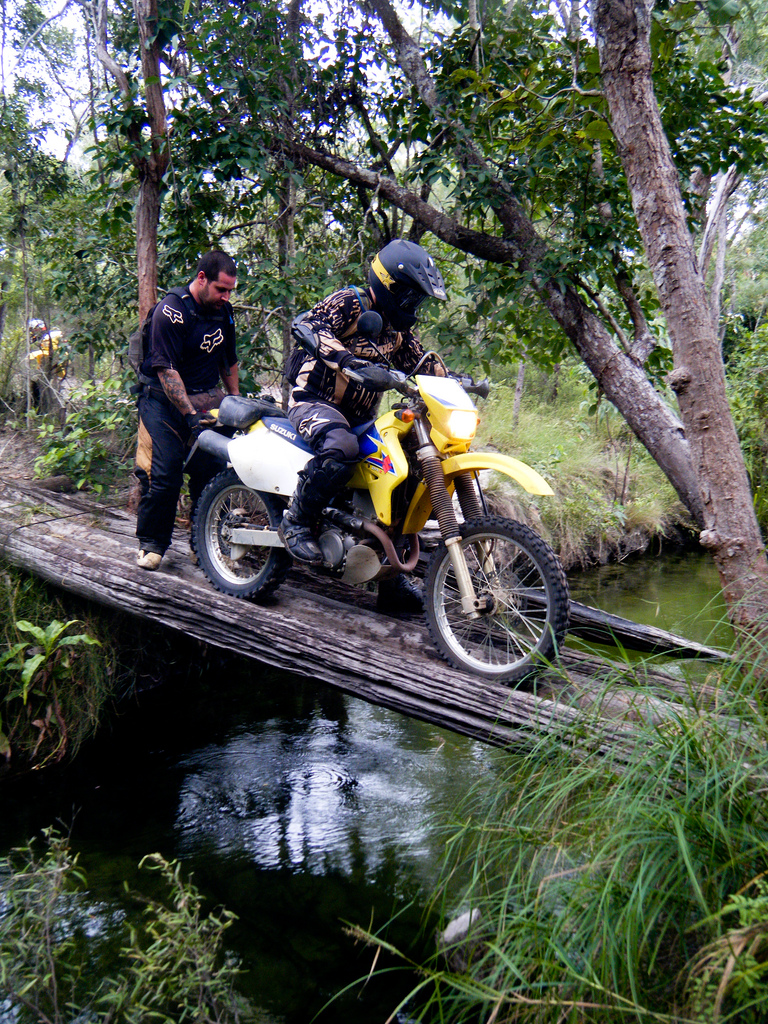 Getting by with a little help from our friends

Kevin crosses a creek over a log bridge, with some assistance from Lee. 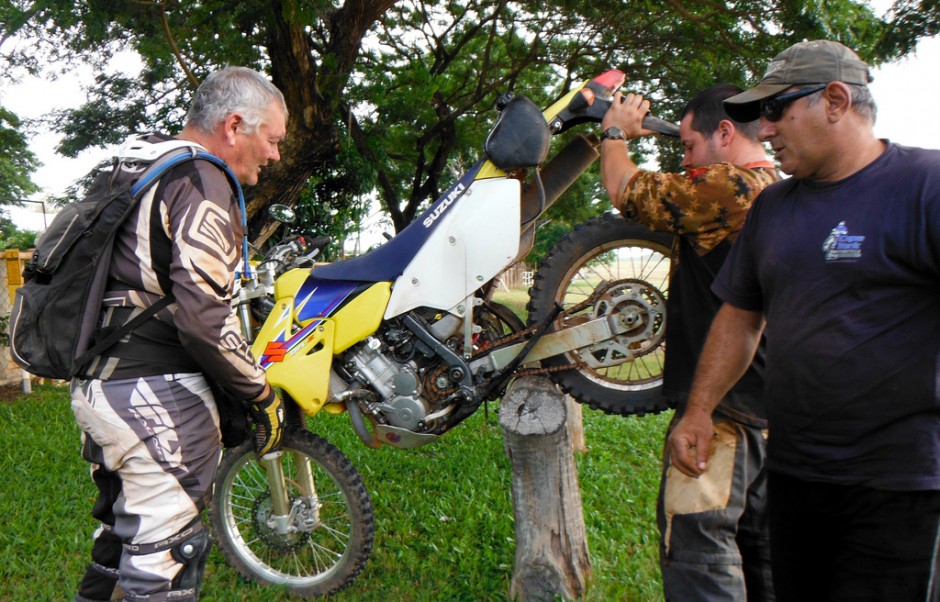 Out in the bush you need to be creative. Here, a tree stump makes for an impromptu bike stand to replace a sprocket. 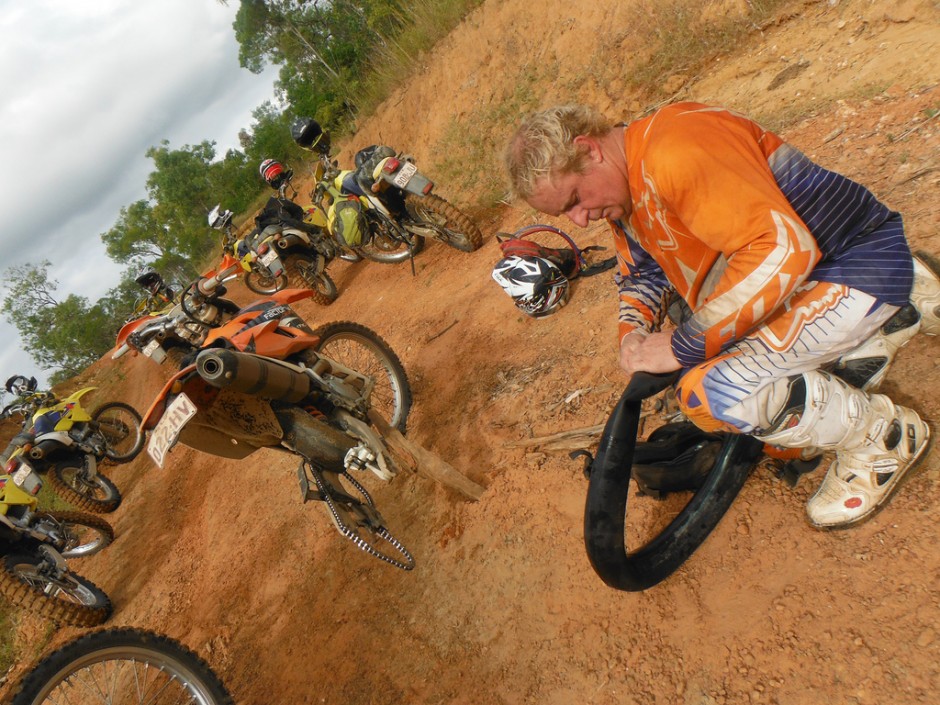 Mike shows us how it's done in the bush. 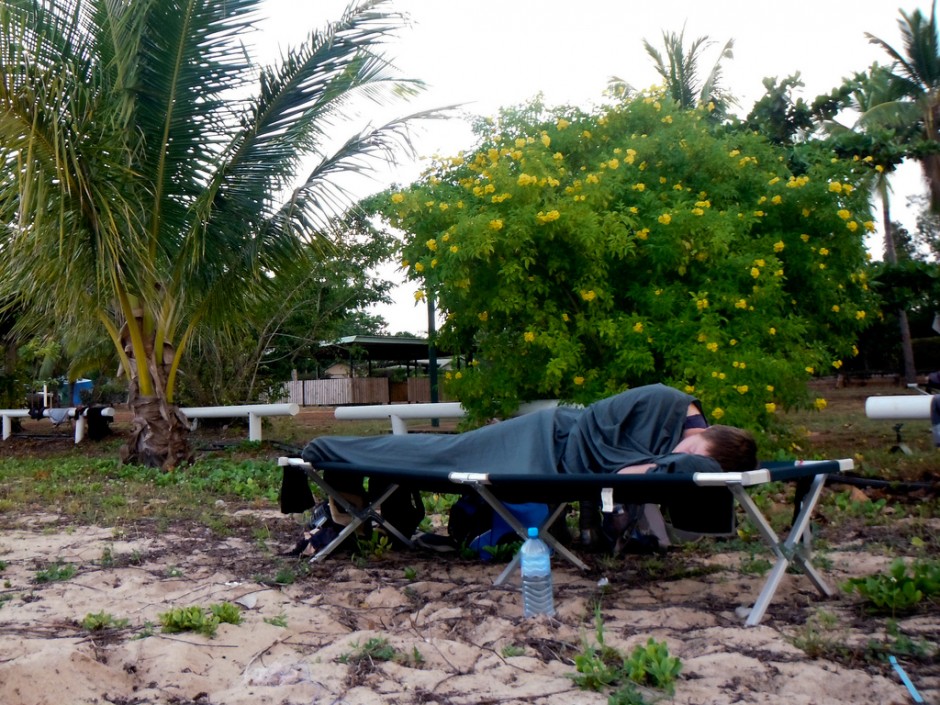 Mark catching a few extra z's. Seisia is a community of fewer than 200 people and is a popular destination for anglers. 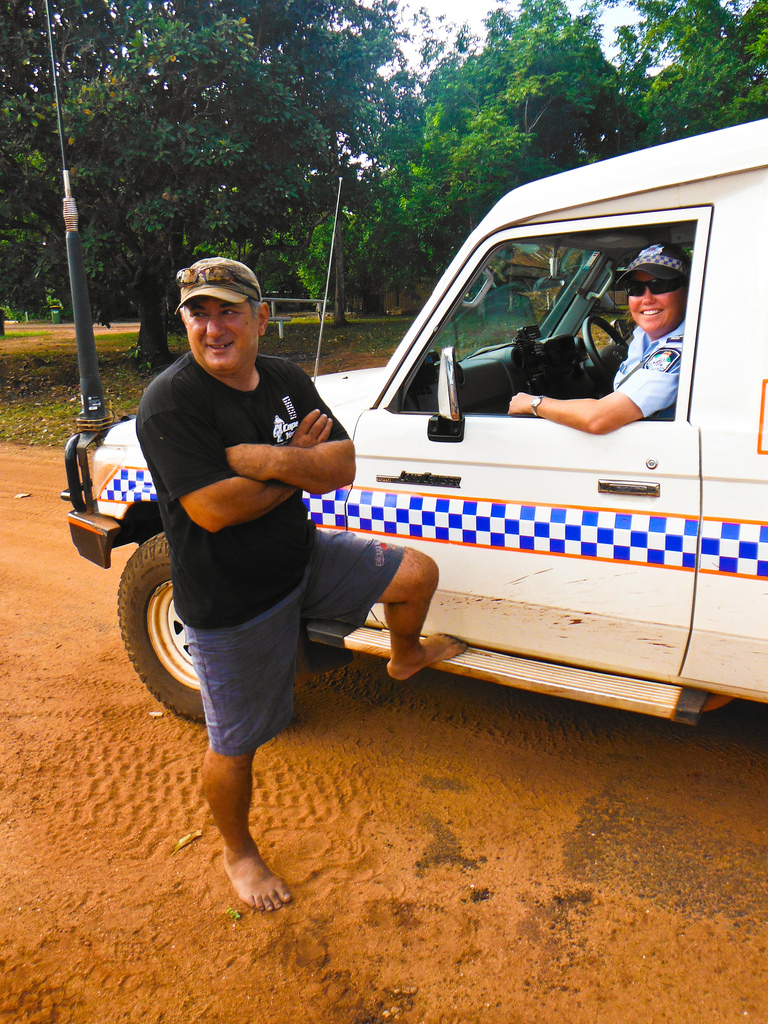 Roy talking about the trip with a friendly officer in Seisia. Besides being a convenient overnight stop for people making the journey to/from the tip of Cape York, Seisia is also a mainland base for information about Torres Strait Islander culture. 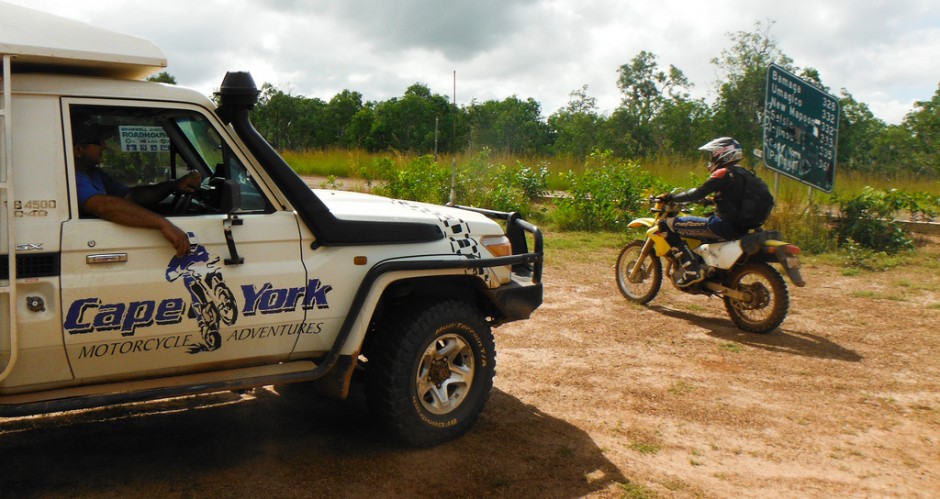 A customized Toyota Land Cruiser accompanies all of the longer tours. 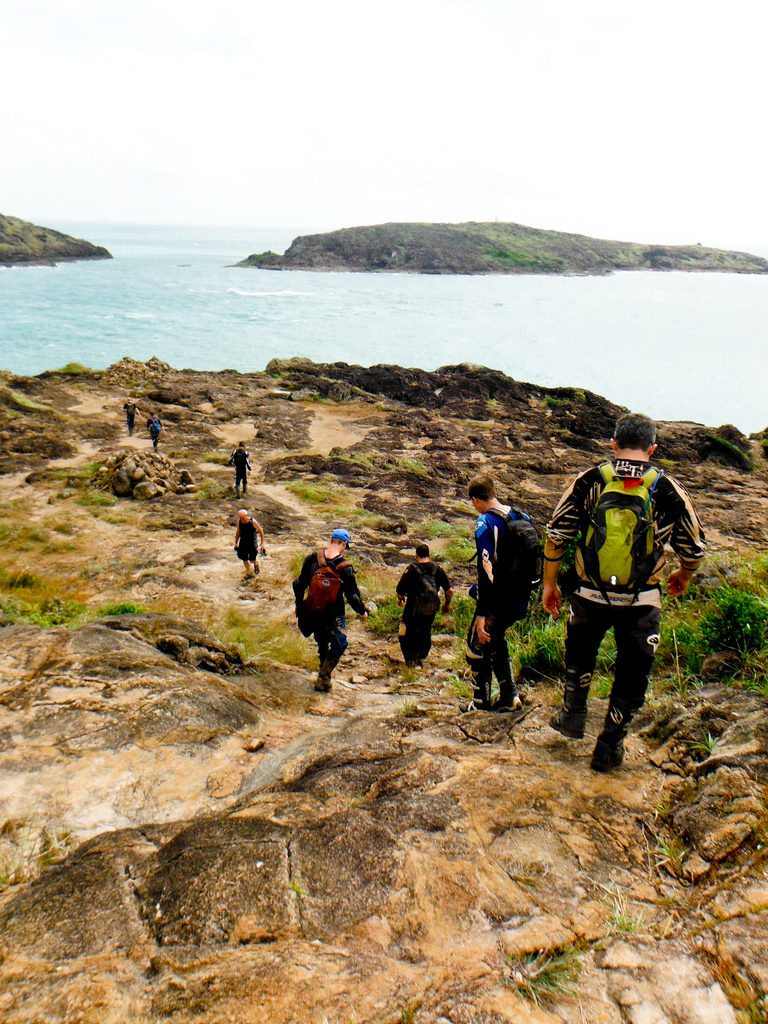 The group walking down to the tip of Cape York on the final day of riding.

Tagged
Travel Hiking Trip Planning Queensland: Adventure in the Sunshine State
What did you think of this story?
Meh
Good
Awesome
✖
travelstoke
Download the mobile app
stoked by