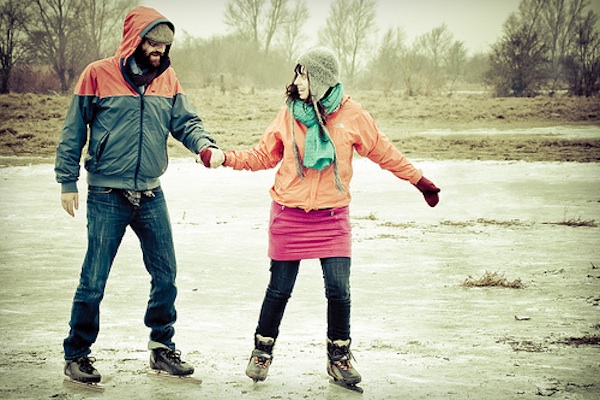 Take a spin with a British friend this winter.

HOLIDAY MARKETS, early night falls, and sparkling lights are all part of winter in England. If walking around in the wind and drizzle has got you yearning for a little glide-one-two-three, check out the various outdoor ice skating options as reported by Europe Up Close.

Five outdoor rinks are profiled, including Newcastle-upon-Tyne’s Skating@Life, outside of its Science Centre, where you can also visit a planetarium to see films projected onto the domed ceiling.

The Eden Project, known for its biomes which feature plants of the month (January’s include the tropical pandanus and the arum lily), also has an outdoor ice skating rink and playtimes for under-fives (without skates). 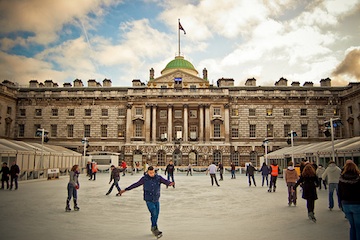 Architecture lovers will want to visit the rink outside Winchester Cathedral, in Hampshire York, Yorkshire, where wheelchair users are also able to take to the ice (accompanied by a skater).

Another option for simultaneous gliding and architecture peeping is Ice Factor, (open only until early January), at the eye of York, which is set among the 13th-century Clifford’s Tower, the Law Courts, and the Castle Museum. Due to noise ordinances, the courts are threatening to shut Ice Factor down permanently, though there’s a petition in the works to save it for next year.

In case you won’t be making it to England this winter, unique skating experiences can be found anywhere, it seems. Check out this video from The Guardian, taken on a frozen lake in Houhai, Beijing, where pole-powered skate chairs and pedalable-skatemobiles share space with hockey players and photo-oppers.

Trips reports on How to Enjoy London on $100 a day and points you to another place you might go ice skating this winter in Brooklyn for Beginners, Six Neighborhoods Worth Seeing.

Tagged
Outdoor Trip Planning
What did you think of this story?
Meh
Good
Awesome