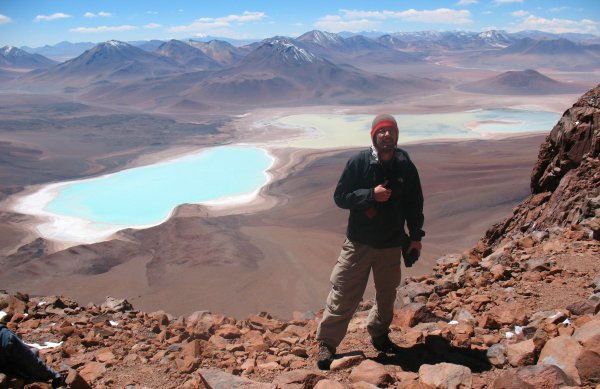 Not too technical, Volcán Licancabur offers a relatively easy route to just under 20,000 ft. You get the views for free.

Images of Tolkien’s volcano come to mind. Perfectly coned slopes loom over a stretch of desert so sinister it could be taken for Mordor itself.

This peak lives in the extreme southwestern corner of Bolivia, straddling the border with Chile. 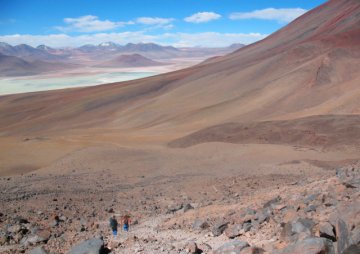 The nearest town, San Pedro de Atacama, is on the Chilean side, but the trail to the summit is in Bolivian territory.

Lagunas Verde and Blanca (named for the colors of their naturally chemical-rich waters) lie at Licancabur’s base, and this pocket of surreal scenery is visited on most tours of Bolivia’s Southwest Circuit.

Getting to the mountain independently is possible, but it’s more conveniently done as an add-on day to the tour. Either way, a guide is mandatory for the climb.

After a short sleep in one of the little refugios on the shore of Laguna Blanca, the trek begins an hour before sunrise. With its silhouette blacking out the stars, Licancabur is even more ominous.

You’ll start shedding layers once the sun crests the horizon and soaks everything in golden warmth. The new light will also have you throwing glances over your shoulder after each deliberate step to gawk at the desert plain, dotted with volcanic humps, stretching away behind you. 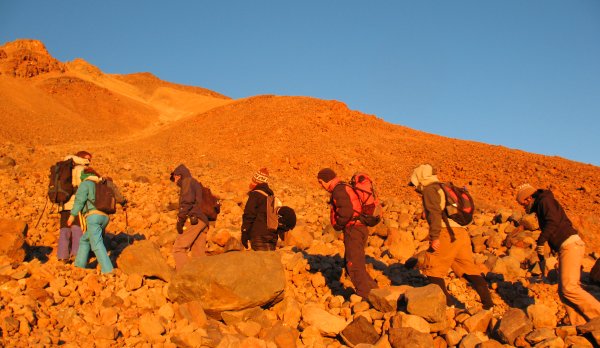 The going is slow — your guide wisely sees to that. Even towards the bottom, the elevation can cripple. If you get the soroche headache before the halfway point, you’re done. You won’t be allowed to summit.

The last 500 meters of climb blur — step, gasp, head rush…over and over. No one speaks; no one can. Eventually you hit snow, then the false peak, and 30 minutes later the pile of sticks and stones that marks the top.

Your guide will give you no more than 10 minutes topside; you should be ready to descend before that anyway. 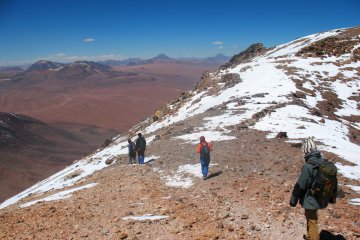 Remind yourself to take at least a short break from the camera so you can enjoy the experience LCD-free.

Check out the little lake in the volcano’s crater (some say it’s the highest in the world), and with dizzy eyes try to make out the remains of Incan temple foundations — that’s right, people have been climbing this rock for centuries.

If you’ve been chewing your coca, the descent should be no problem. Each meter dropped is a deeper inhale of O2. By the time you hit bottom, you’ll feel like an Incan mountaineer yourself.

Along with Mount Doom, China’s Tai Shan is another peak heavy with legend. Read how to summit it — and ensure you’ll live to see your 100th birthday — here.

If you prefer your mountains extra spicy, consider these 11 that David DeFranza singled out as the world’s most dangerous.

What did you think of this article?
Meh
Good
Awesome
Bookmark
Posted In
Outdoor Parks + Wilderness
Destinations
Bolivia

25 cultural sites to save in 2020, according to the World Monuments Fund

The 20 most Instagrammed waterfalls in the world