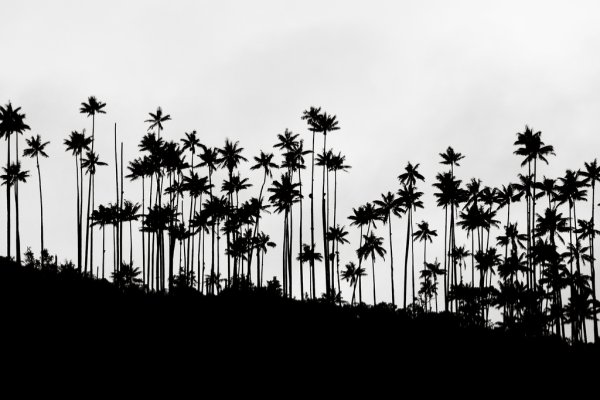 Notes from Richard McColl in the jungles of southern Colombia, on the edge of tourism.

SAUL HANDS US the fermented sugarcane drink guarapo, waves at me making clear his desire not to be photographed, then sits back at his roost, a farmer’s shack in the southern Amazonian Colombian department of Guaviare some 400km from Bogota.

“Sometimes we see the army come through, they keep to the road and don’t meddle in our affairs,” he says, maintaining his gaze over the untended plantations and new yucca growths. “The guerrilla mainly pass at nighttime with their faces painted and don’t want to be seen.”

“Leave your helmet on at all times. You look too gringo for these parts. And don’t speak to anyone. I’ll do the talking.”

My stomach knots. Despite being told I’m in safe hands, we appear to be in a no-man’s-land between government-controlled territory and that of the FARC guerrillas.

At the last military checkpoint upon leaving San Jose del Guaviare, Gustavo Garzon, head of National Parks for the region, pulled me aside, leaving the motorcycles idling:

“Leave your helmet on at all times. You look too gringo for these parts. And don’t speak to anyone. I’ll do the talking.”

And now here we are stranded as one of the motorcycles flat-tired on the rutted track past Saul’s smallholding. A replacement is needed — preferably before nightfall.

All about us are the remnants of Saul’s recently fumigated coca fields and a topographically featureless jungle stretched out as far as I can see. 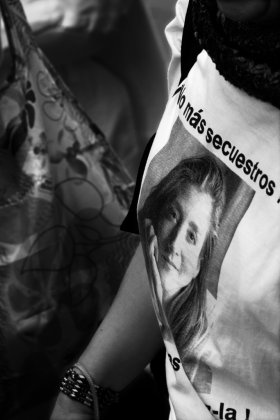 The idea had been to trek it to Cerro Azul, a 10mx10m rock formation daubed with indigenous paintings and seen by very few given its location in this hotly disputed region of banditry, gasoline smuggling, and coca cultivation.

In July 2008, Guaviare made the headlines — it was from here that former presidential hopeful Ingrid Betancourt and the three American contractors were rescued after being held hostage for over six years.

The department’s cash crop is coca, and the petrol smuggling industry evolved because gasoline is an accelerant in cocaine production.

But despite the fact that Cerro Azul is infrequently visited, it’s at the heart of most tourist literature aimed at bringing visitors to this region of Colombia.

Pointing to a statue of the Virgin Maria on top of a natural rock formation near the Ciudad de Piedra (“Stone City”) — another area designated a tourist attraction for its labyrinthine tunnels and crystalline bathing pools — Jairo Bueno, secretary of tourism for Guaviare, recounts this story:

This pathway here used to be the route by which those smuggling gasoline would transport it from the petrol station to the guerrilla and coca growers to be used in the production of cocaine.

The smugglers, deciding they needed protection, brought a priest up here for the blessing and then placed the Virgin atop that rock. So here we have La Virgen de Los Traquetos (“The Virgin of the Smugglers”).

In November 2008, the Foreign and Commonwealth Office revised their warnings regarding Colombia but continued to advise against all but essential travel to San Jose del Guaviare.

So an important issue remains: Can Guaviare alter its image and become a successful ecotourism destination?

The question echoes in my head as I find myself stranded, possibly at the mercy of Colombia’s conflicting factions, next to two large and recently fumigated coca plantations. 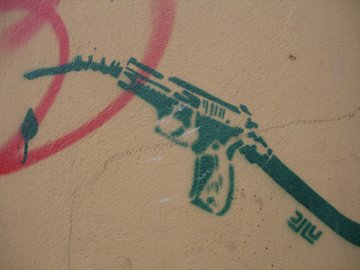 Speaking with Bueno, I candidly share my opinion that, despite the region’s obvious charms and attractions, it’s unlikely tourism will take off rapidly here given the reputation, the coca plantations that until recently grew right up to the city limits, and the fact that nearby National Nukak Natural Reserve — from where Ingrid Betancourt was rescued — has been dubbed Parque de los Secuestrados (“Park of the Kidnapped”).

Some believe many Colombians that remain in captivity are being held in this park.

Bueno is realistic and maintains that tourism, while important, will be established in a measured and careful manner.

In 2009 we aim to be setting up the infrastructure here in Guaviare, focusing on key areas like the Ciudad de Piedra, Los Tuneles, and the Laguna Negra. We want to make sure we get it right. We have an advantage in that we are starting from scratch here in Guaviare.

Whatever Bueno pulls together, he has an uphill struggle on his hands and he knows it. But as he stated while we wandered through the pasture of Paephalantus Moldenkeanus (“Flower of Guaviare”), a peculiar, almost otherworldly growth:

“You have to put it all into context. Four years ago we couldn’t be here.”

Despite not reaching Cerro Azul, I feel I’ll get back to Guaviare again. I expect not to be in a mob of tourists but in a small group intent on seeing the curious scenery, and that we’ll be far from the wreckage of fumigated coca fields.

Have you been to a place on the edge of tourism? Share your story in the comments below.

For the perfect day of hiking and Colombian coffee, head to Jardín Alaska is the sustainable fishing model the world needs Why Dhiffushi is the Maldives destination to visit on a tight budget Urban farms are coming to a rooftop, garage, or shipping container near you How one wildlife photographer captured this award-winning shot

In Thailand, out-of-work sanctuary elephants walk back to their natural habitats