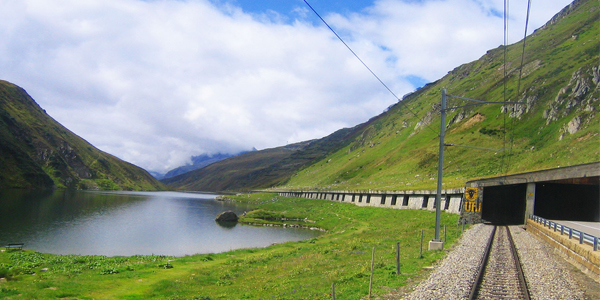 Here are some of the best trips to take on a train.

Taking almost eight hours to complete its journey, the Glacier Express has a reputation for being the slowest ‘express’ in the world – but it’s also one of the most beautiful. Linking the two mountain resorts of St. Moritz and Zermatt in the Swiss Alps, the journey covers 291 bridges and 91 tunnels.

At its highest point, the Glacier Express reaches 2,033 meters (6,670 feet) in altitude at the Oberalp Pass as it travel through some of the most stunning mountain scenery Europe has to offer: alpine meadows, mountain streams, snow peaked mountains and glacial valleys.

Situated in the Harz mountains of central Germany, this route connects the main cities of Wernigerode, Nordhausen and Quedlinburg, as well as several smaller towns in the region. It passes over 140 km (87 miles) of steep track, through stunning forest and mountain scenery.

Renowned for being the longest narrow gauge track in Germany and featuring only steam locomotives, the Harzer Schmalspurbahnen is a unique way to discover this relatively unexplored area of Germany. 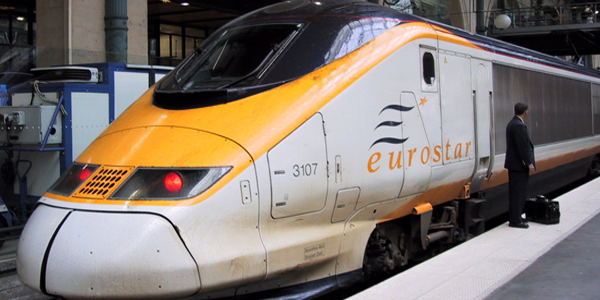 What better way to reach the continent for a weekend break, or the start of longer travels? With the completion of the high-speed rail link and the opening of a new station at St. Pancras, only 2:15 hours separate central Paris and central London.

Few names conjure up images of luxury and indulgence like the Orient Express.

The setting of mystery novels, dozens of films, and witness to countless romantic encounters, the original (and some would argue the best) ‘Great Rail Journey’ offers luxury from a bygone era while visiting some of the continent’s best cities: London, Venice, Rome, Budapest and Prague. 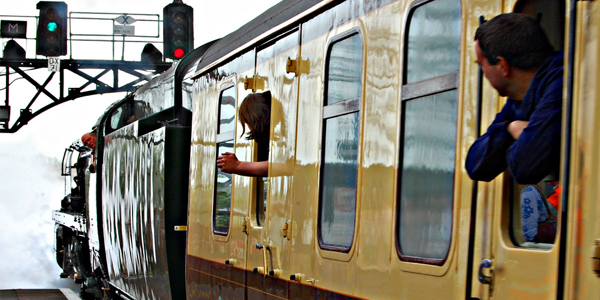 The West Highland Line, running from Glasgow to Fort William and Mallaig, is one of Britain’s top rail journeys, taking passengers back to a time when steam was the way to travel. It passes through the wild Rannoch Moor, and through hills and bogs within view of Ben Nevis – Scotland’s highest peak.

One of the highlights of the journey is passing over the Glenfinnan Viaduct- one of the largest concrete engineering feats of the late 19th century (and more popularly known for appearing in the Harry Potter films).

The Trans Siberian Railway is the ultimate rail journey, the longest in the world (and possibly the coldest if you go at the wrong time of year), a journey of almost mythical proportions that spans two continents while staying in a single country.

There are three routes that travelers can take to explore the Siberian expanse: The Moscow-to-Vladivostok route at over 9,000 km (6,000 miles), and two routes from Moscow to Beijing: one through Mongolia, taking six days and almost 8000km (5000 miles), or one which takes almost a week to complete and travels via Manchuria.

Without leaving your seat, you pass through the end of Europe and cross almost the width of Asia, clattering your way across nearly a third of the globe. 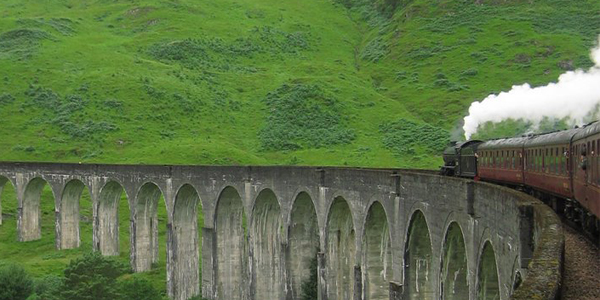 At only 9km (5.5 miles), great railway journeys don’t get much shorter than the Jungfraubahn. Running from Kleine Scheidegg to the highest railway station in Europe at Jungfraujoch, this Swiss cog railway runs almost entirely though a tunnel built into the infamous Eiger.

Two stations in the middle of the tunnel allow passengers to disembark and look out over stunning mountain views. However, though it’s a short trip, this classic route does not come cheap.

The Flam Railway runs 20km (12 miles) between Myrdal, at 865 meters (2838 feet) above sea level, down to the fjords of Flam. This is an incredible feat of engineering, one of the steepest non-cog railways in the world and Norway’s most spectacular tourist attraction.

Boasting views over part of the world’s longest fjord – Sognefjord – as well as deep river valleys and airy peaks, the train seemingly clings to the side of the mountains in an unforgettable journey. 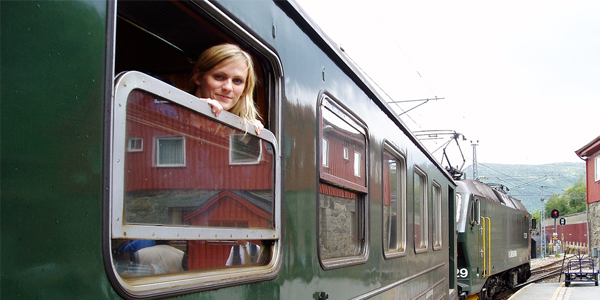 Explore the very best of Eastern Europe with luxury train travel on the ‘Hotel on Wheels’. From the mythical Transylvania and the fairy tale cities of Budapest and Prague to Sofia and Krakow, the Danube Express offers six classic journeys across the former Soviet states, combining rich history and beautiful cities with stunning scenery.

For those with a longing for the classic days of rail travel, there is even the option to combine voyages into an epic Central and Eastern Europe exploration.

Board in Paris in the evening and wake up in Venice the following morning. Saying goodbye to the City of Lights, the journey takes in picturesque French villages and the hills of southern France before taking the Simplon Tunnel under the Alps.

With a range of sleepers available- from six and four berth couchettes to one to three berth sleepers, the Stendhal doesn’t have the luxury or reputation of many other trains sharing the same track, but with tickets starting from around $60 one way, it is a timeless (and cheap) way to visit one of the greatest cities in Italy.

Not headed to Europe any time soon? In North America, try 21 Trains that are Cheaper than Flying.

The ultimate guide to hiking the St. Olav Ways

You can glamp above the Arctic Circle this summer

Norway just unveiled the most stunning public bathroom of all time

11 facts of life in Arctic Europe

9 sights that make Kraków the most beautiful city in Poland