I have never capsized a boat before. And hopefully today won’t be the first time. Our sail guide — a 50-something Brit named Geoff whose leathery complexion suggests a life of sea, salt, and sun — is grinning as he shouts gibberish naval terms to the two landlubbers under his command.

We have no idea what he’s saying.

The rope slips and a well-meaning, sinewy finger points me in the direction of the boat’s front sail, now resembling a wet towel flapping in the wind. 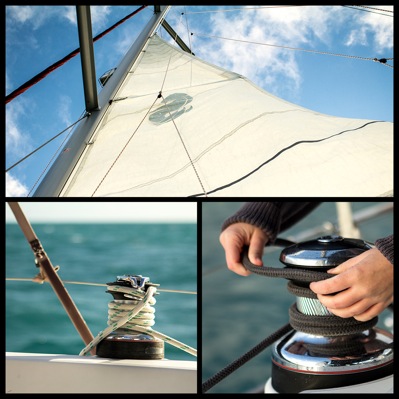 This is a baptism by fire and we’re learning the nautical lingo the hard way. As a 30-knot wind gust hits the boat, throwing it over at a 60-degree angle towards the water, my mind starts to review scenes from Castaway.

Geoff is on the phone. He obviously doesn’t share my concerns.

“Just go with it, mate. Don’t overcompensate,” he shouts across the deck as I fight to manoeuvre the 34-foot yacht away from a seemingly inevitable dip into the azure Coral Sea swell. It turns out sailboats are almost impossible to sink (despite my best efforts). You would need a wave big enough to swallow the entire boat, and even then you would be pretty unlucky.

Typically, sailing types seem to have their loafers and polo shirts passed down through generations, along with obscene amounts of money and regal-sounding family names. However, our band of 20-to-30-something city slickers isn’t doing much to further that stereotype.

The wind settles to a gentle breeze as we round the point at Daydream Island and my knuckles slowly regain some of their former colour. Geoff is still grinning as he jumps off the ship to leave us to our destiny. 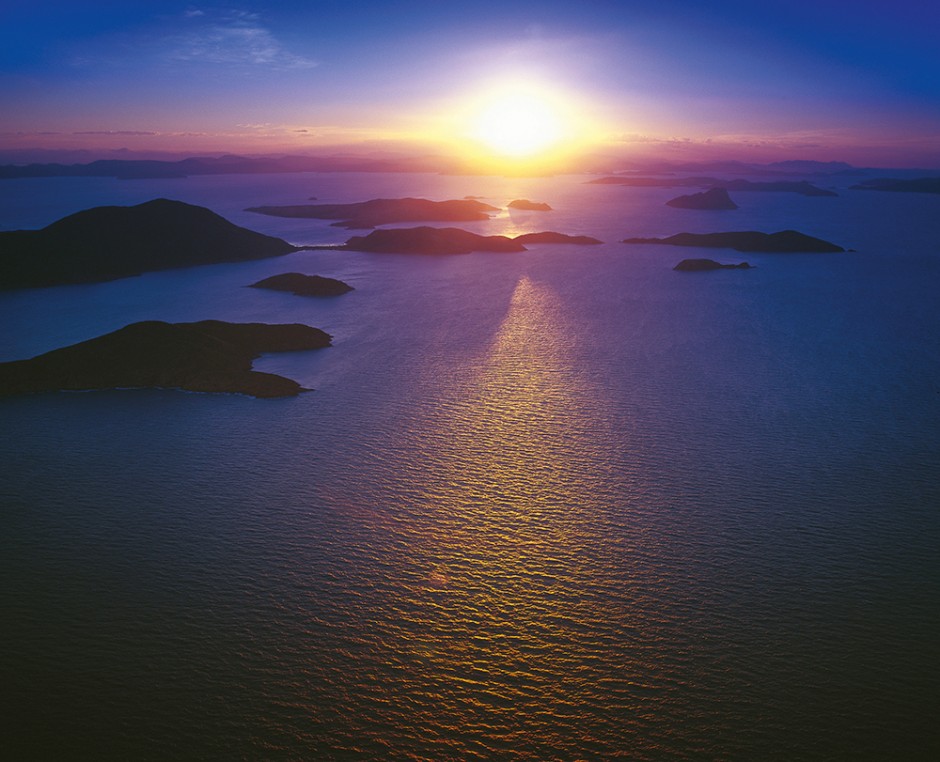 The Whitsunday Islands were named by Captain Cook on 4th June 1770 as he sailed through the island group on Whitsunday, the second Sunday of Easter. Archaeological research suggests that the Ngaro Aboriginal people have inhabited the island group for at least 9,000 years.
Photo: Tourism and Events Queensland 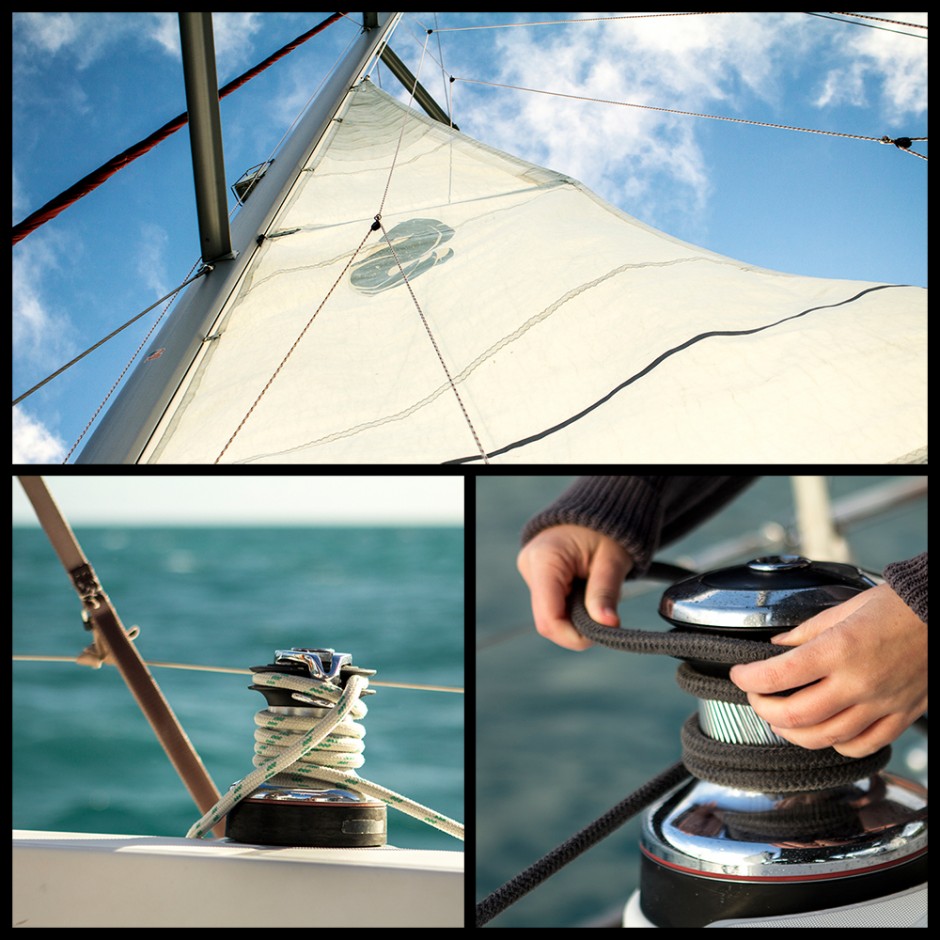 There are lots of them. When you get the hang of it you’ll realise it’s all quite logical. A sail can go up or down and be either tight or loose depending on the wind direction.
Photo: Michael Condon 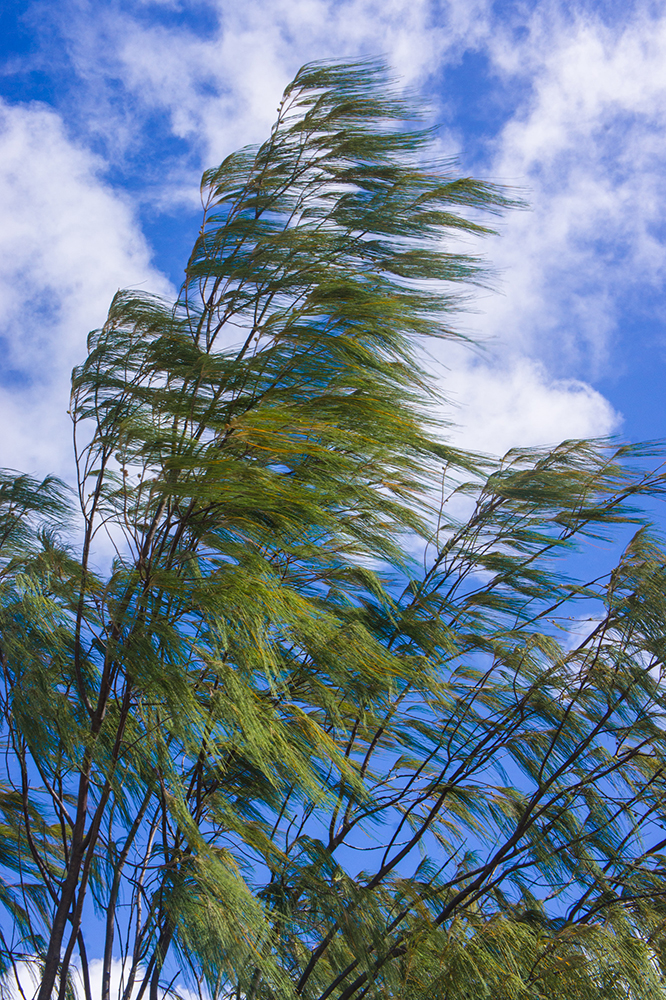 Wind is measured in knots and described through ironic understatements like calling it “fresh” when your hair actually stands sideways. Wind strength of around 15 knots (29 km/h) would be considered comfortable for aspiring sailors.
Photo: Author 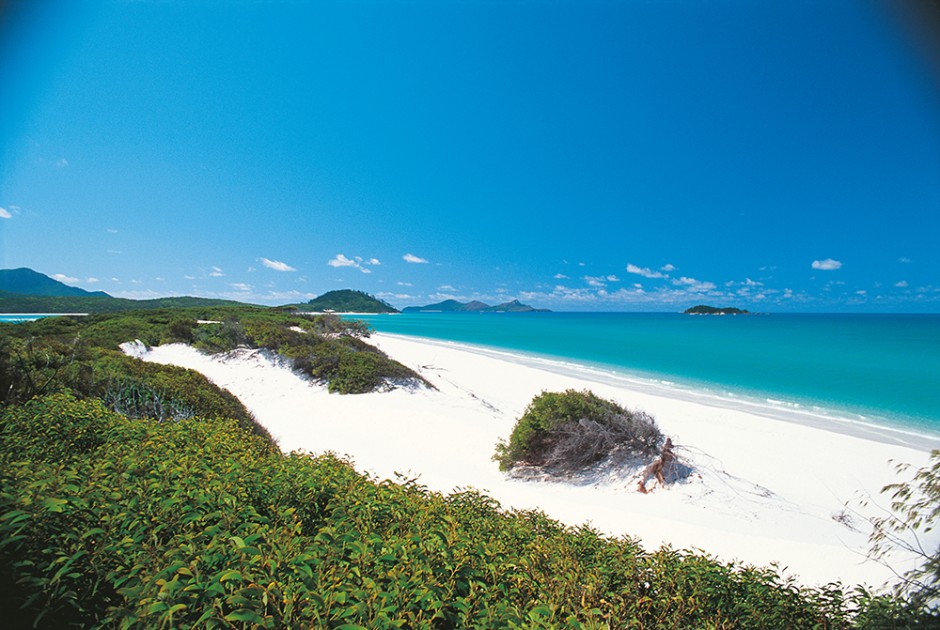 The sand on Whitehaven Beach is made of 98% pure silica and was mined and exported heavily during the '60s to make high-precision glass for telescopes and camera lenses. The origins of the ultra-fine sand is still a mystery, but has earned Whitehaven a ranking as one of the world’s top five beaches.
Photo: Tourism and Events Queensland 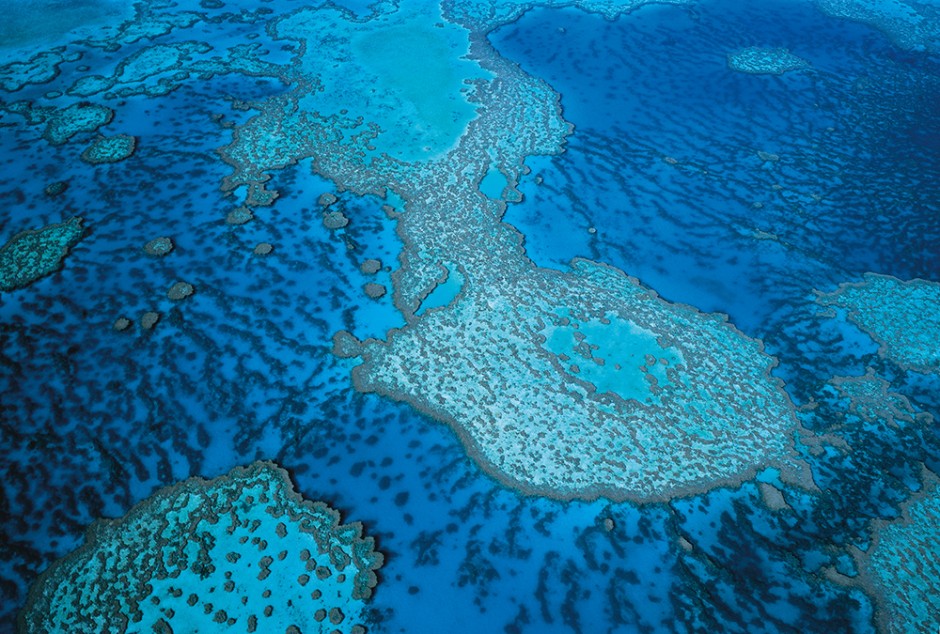 Not only an honourable way to sink a boat, reefs also provide shelter from strong oceanic swells and rough weather. The Whitsundays are surrounded by fringing reefs, and the Great Barrier Reef is just a couple of hours of sail away from the archipelago.
Photo: Tourism and Events Queensland 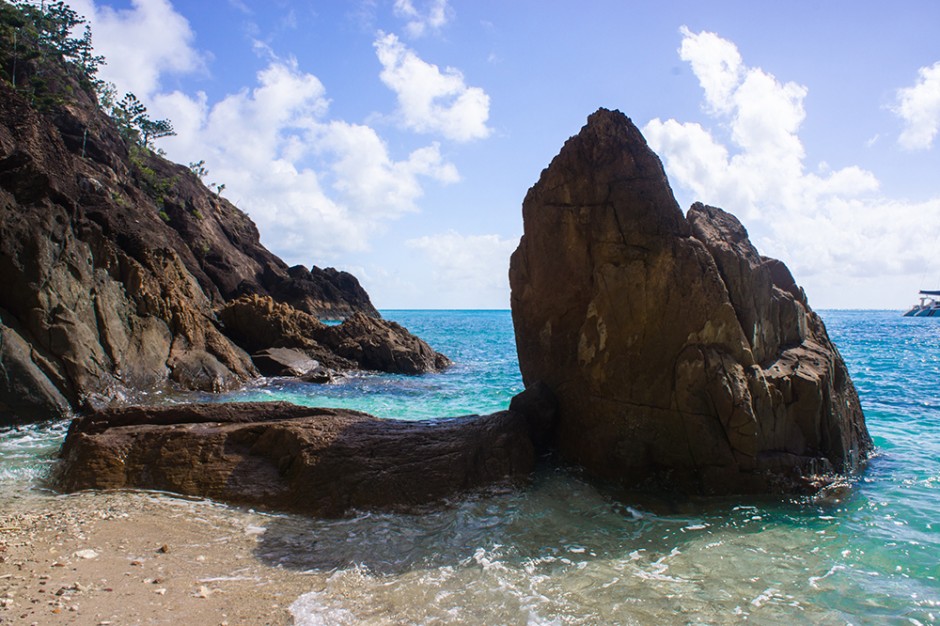 The rocky outcrops and cliff faces tell a story dating back more than 110 million years. The Whitsunday Islands were once mountain ranges on the ancient supercontinent Gondwana before tectonic activity and the end of the last ice age saw them submerged into the Coral Sea.
Photo: Author 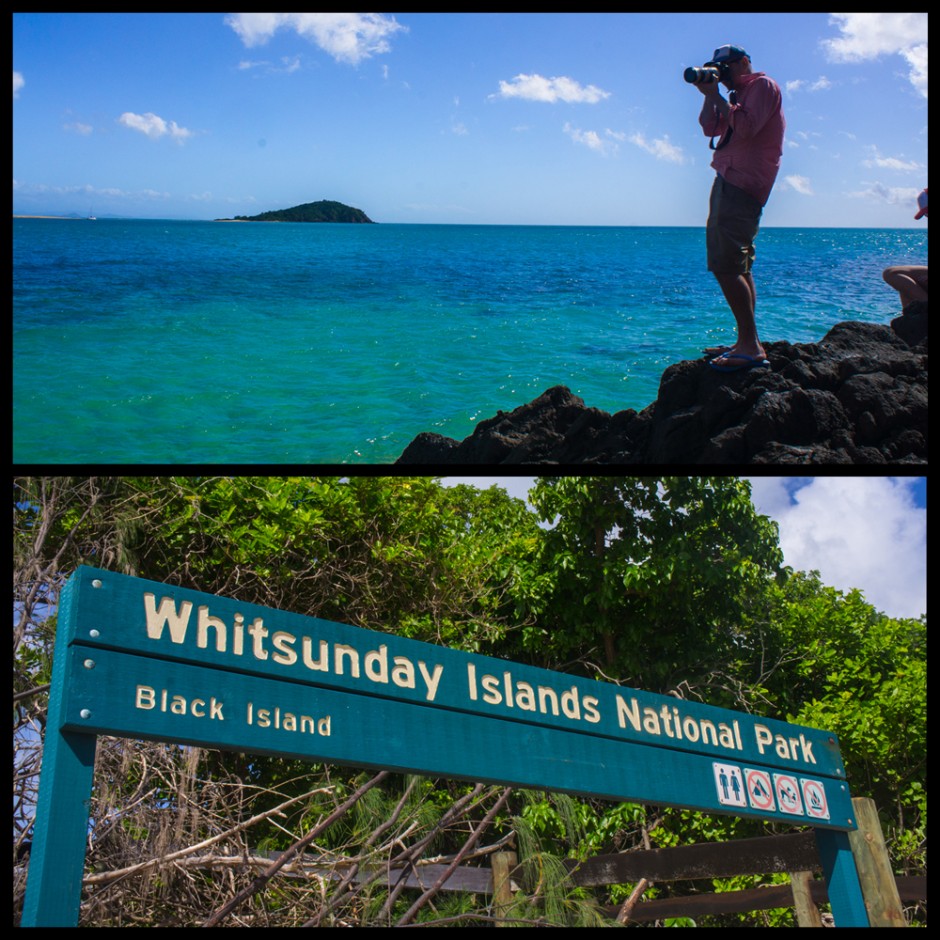 Roughly 70% of the Whitsundays are protected national park habitats with deserted beaches and secluded anchorages. Only eight of the 74 islands are inhabited, leaving the remaining 66 open for exploration.
Photo: Author 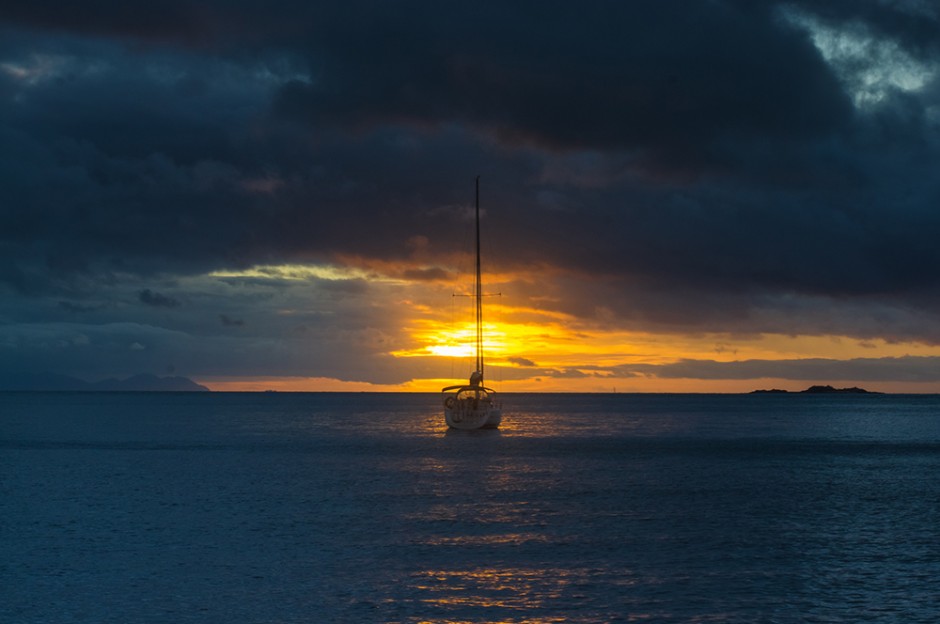 The best sunsets can be experienced during winter when the sun sets at an oblique angle against the horizon. The long, lingering light combined with scattered winter clouds creates a dramatic kaleidoscope of colour over the ocean. Survival tip: Bring plenty of mosquito spray to fight off the twilight onslaught.
Photo: Author 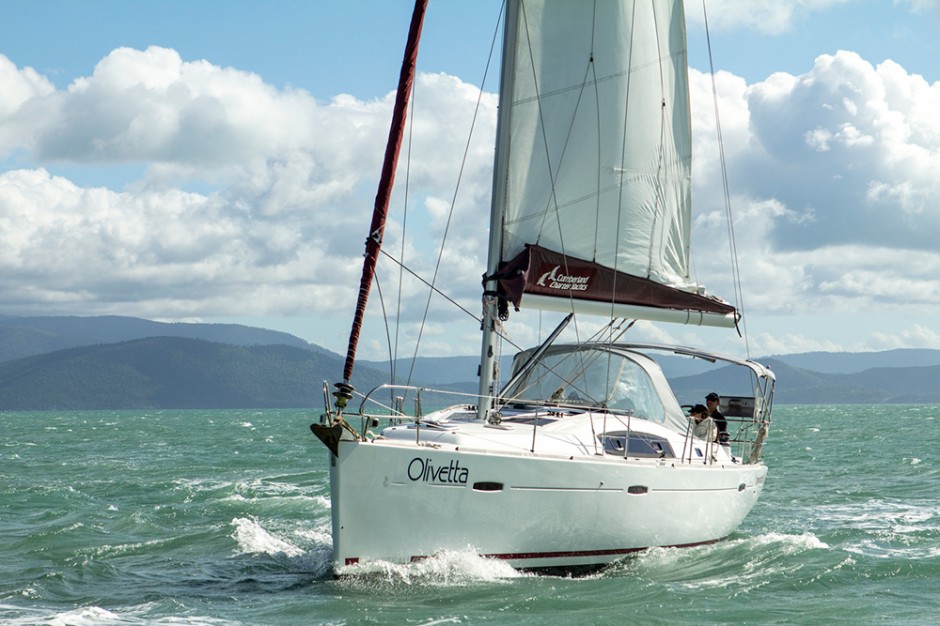 While buying one of these would set you back about the same as a penthouse apartment, the good news is chartering a boat is quite reasonable. If you’re after a true sailing experience, with your boat leaning in the wind and rolling across the waves, a monohull would be your vessel of choice. Catamarans let in more light, have spacious cabin areas, and roll less in the swell, making it easy to move around on the boat while you’re en route.
Photo: Michael Condon 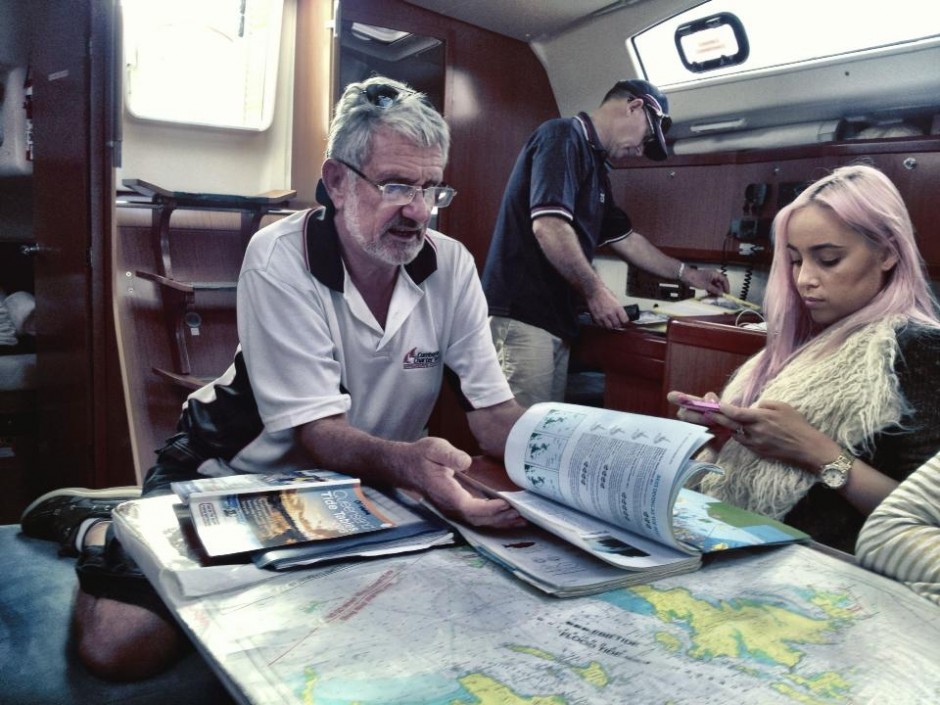 Sea charts and tide tables keep you out of trouble. Most charter yachts come with electronic GPS systems and advanced collision alarms to allow inexperienced skippers to relax a bit. That being said, understanding the wind and tide will make your trip a lot more enjoyable. Your sail guide will give you a thorough briefing on local conditions before they let you off the hook, so listen up.
Photo: Michael Condon

Tagged
Lux Travel Queensland: Adventure in the Sunshine State
What did you think of this story?
Meh
Good
Awesome
✖
travelstoke
Download the mobile app
stoked by