WATER PROBABLY ISN’T what comes to mind when you think of Nevada landscapes, but 225 million years ago much of the Battle Born State was covered by a warm ocean, home to ichthyosaurs and other ancient marine life. Even more recently, like 10,000-years-ago recent, the massive Lake Lahontan spanned most of northwestern Nevada, and its remnants can still be splashed in today.

Look past the tumbleweeds and casinos to explore Nevada’s underwater treasures, from Lake Mead to Lake Tahoe and beyond. Not only do Nevada’s lakes and rivers provide reprieve from the state’s summer heat, but sometimes these bodies of water are just as storied and mysterious as the desert itself. 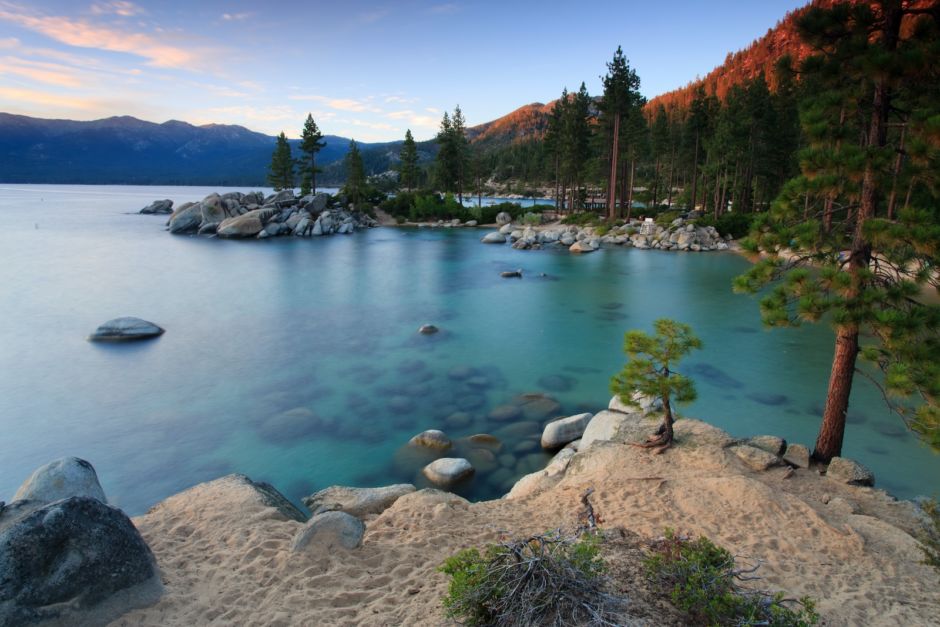 One of Nevada’s most popular skiing and snowboarding destinations, Lake Tahoe is a natural landmark engulfed in legend dating back to the 1950s. Residents and visitors have reported seeing a serpent-like creature named Tahoe Tessie in its waters. Sightings of the reptilian animal, described as anywhere from 10 to 80 feet long, continue today. The folklore of Tessie is so deeply embedded in the Tahoe region that many companies use its likeness in their logos. Theories abound as to what Tessie may actually be (a modern-day ichthyosaur? A giant anaconda?) but none have been proved — or disproved…

A prehistoric dinosaur isn’t the only thing that could be lurking under Tahoe’s sapphire surface. Back in 2011, a diver who went missing nearly two decades prior was found in the lake’s frigid waters, his body alarmingly well preserved. The slow decomposition has been explained as a result of the lake’s cold temperatures…which has led to imaginings of what the lake might be hiding if another popular rumor is true — that it once was used as a dumping site for mob victims who needed to be “disappeared.” In fact, there’s a story that late explorer and filmmaker Jacques Cousteau once dove into Tahoe’s depths and found something extremely unsettling. “The world isn’t ready for what’s down there,” he’s purported to have said. All of this is almost surely fantasy…but it remains a chilling thought nonetheless.

And finally, giant goldfish have been found in the lake. According to the Huffington Post, fish as long as a foot and a half have been discovered here, a result of aquarium dumping. With a lack of natural predators and a whole lake to stretch their fins, it’s conceivable Lake Tahoe is home to a population of freakishly large specimens of this non-native species. 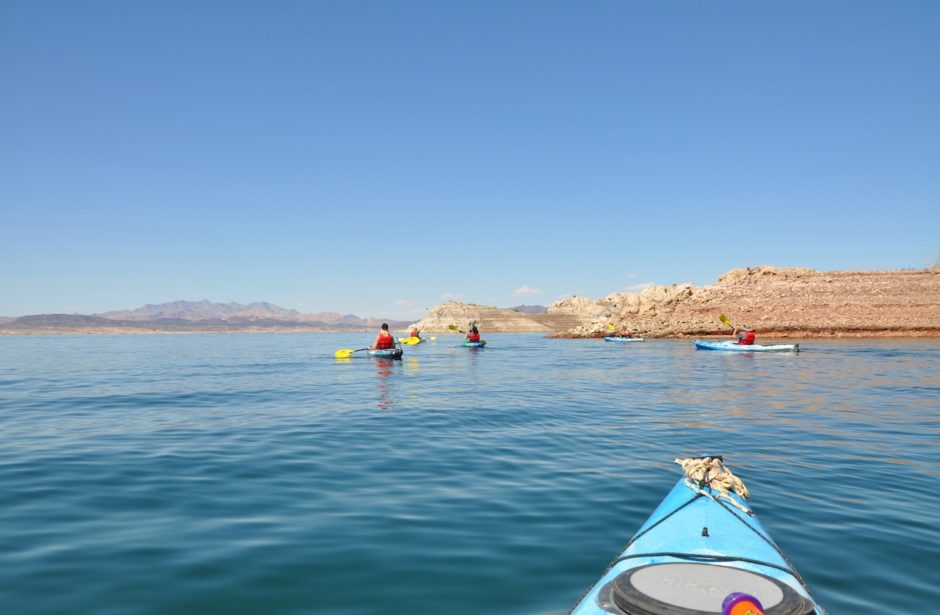 The largest man-made reservoir in the US, Lake Mead was created by the construction of the Hoover Dam on the Colorado River. It provides water to millions of residents in Nevada, Arizona, and California, and is also one of southern Nevada’s greatest outdoor recreation areas with some of the best bass fishing in the state — some of the striped bass caught here weigh in at over 40 pounds!

The West’s ongoing drought has diminished Lake Mead’s water volume…with at least one unexpected result: the reappearance of the old Mormon town of St. Thomas. Founded in the 1800s, it was flooded when the Hoover Dam was built in the 1930s. Visitors can now hike into the ghost town and see the foundations of the old settlement.

Yet another mystery: In 1948, a Boeing B-29 reportedly crashed into Lake Mead doing 230 mph during a top-secret mission. The plane was said to be testing a new missile guidance system when it crashed, and though the crew was saved, the plane sank along with the system. Details of the accident remained classified for 50 years, until divers began exploring the area in 2001. Tech Diving Limited is currently offering diving tours through November.

The Hawthorne Army Depot in Hawthorne, Nevada, was established in 1930 just south of Walker Lake and serves as the largest ammunition storage facility in the world. Rumors of an underwater naval warfare center abound, but its existence has never been confirmed. Some believe there’s an access point to this secret complex off the coast of Malibu, CA…which, at a distance of 400 miles, would make for one hell of a driveway!

Most people who visit Walker Lake do so for the fishing, boating, and bird watching, as well as the views — the Wassuk Range runs right along the lake’s western shore, capped by the 11,245-foot Mt. Grant. But thanks to the tale above, you might think twice if you see any mysterious bubbles coming up from the deep… though that could just be local legend Cecil the Sea Serpent coming up for air. 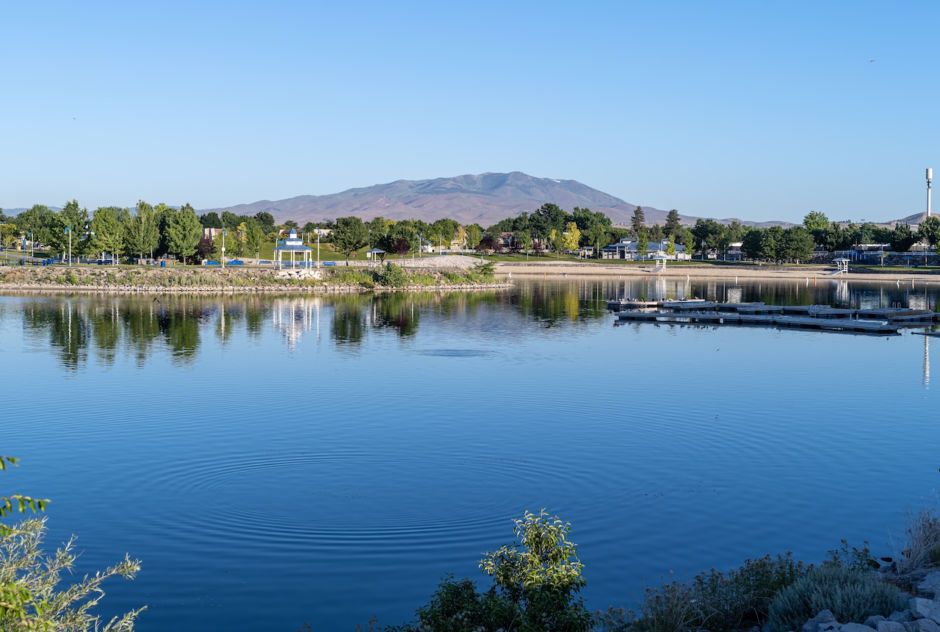 Just east of Reno, Sparks Marina is a 77-acre lake fed by a natural aquifer. The lake and surrounding park are popular spots for swimming, windsurfing, and picnicking…but its most intriguing feature isn’t found above the surface.

Cradled in dense, dark, algae-rich waters 60 feet down sits an F-4 Phantom. According to Tropical Penguin Scuba in Sparks, the 1964 fighter jet was flown in Vietnam and later used by the Nevada Air National Guard until it crash landed in the ’80s. Tropical Penguin Scuba owner Kevin Schwartz acquired the plane and decided to make it a diving attraction at the marina in 2000. You’ll find it 100 yards off the south side of the peninsula that comprises the park — a fun, easy dive for most amateur divers, there’s a geocache to search out on the bottom of the plane, though the low visibility could pose a challenge.

The Ruby Mountains are northern Nevada’s version of the Alps, and they’re home to all the staggering mountains, alpine lakes, and wildflowers you could ever hope for. One of the wildlife refuge’s glacial tarns — Overland Lake, at the head of Overland Canyon — has an interesting background indeed. It’s said that a Shoshone chief was once attacked in the lake by a large fish with a giant head. Is there any truth to the lore? Well, even today, the rumor goes, any fish you catch here really will have an unusually large head compared to those in other alpine lakes in the region. 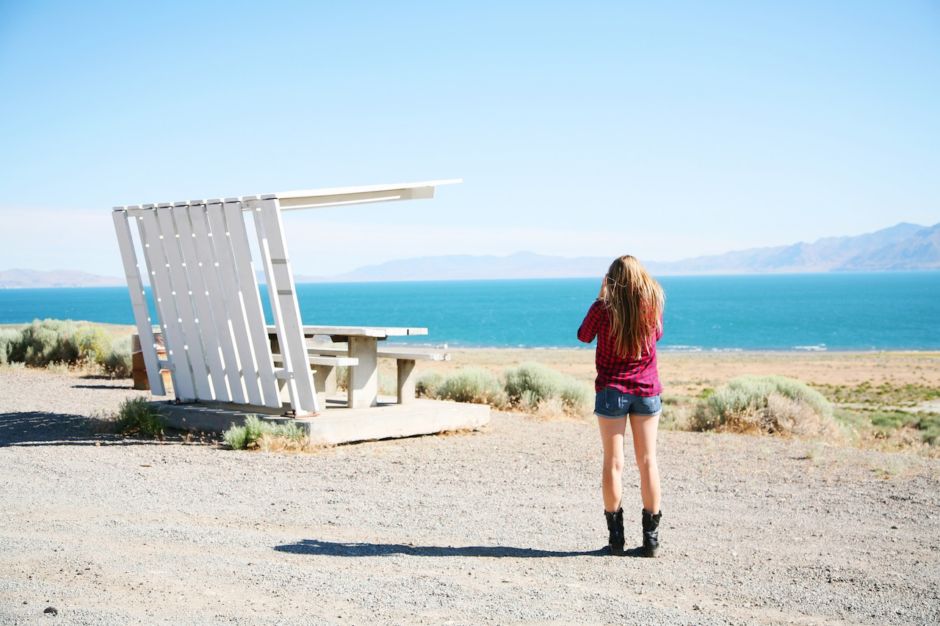 Remember the ancient Lake Lahontan that covered northwestern Nevada? Most of its legacy today takes the form of the alkali flats of the Black Rock Desert, but you can still catch a glimpse of this once mighty body of water at Pyramid Lake. Fed by the Truckee River, the lake and its surrounds are part of the Paiute Indian Reservation. The Cuiyui Ticutta, a band of Northern Paiutes, were dependent on the cui-ui fish, a suckerfish native to Pyramid Lake that can be found nowhere else on Earth. The bottom-feeding fish is on the endangered species list and one of the few surviving members of its genus, Chasmistes (thankfully, its population has increased in recent years).

Other fish that call Pyramid Lake home, including the Tui chub and Nevada’s state fish, the Lahontan cutthroat trout, are also endangered and/or threatened, though they can still be found in the lake’s ridiculously scenic waters. Bet you didn’t know you could catch a 40 lb trout in Nevada. Bet you also didn’t know that this area is part of a national wildlife refuge complex that’s the country’s second largest migration ground for the American White Pelican.