View all travel news
Top Destinations
Top CitiesView All Destinations
Trending Regions
Trending Cities
Load More
Ted Templeton takes Stuart on a tour of his recording studio, Sunset Sound, showing some of the hit records he’s made and telling the stories behind them. 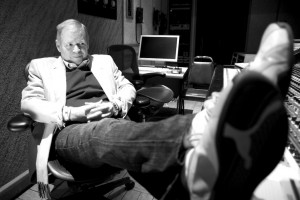 The Most Interesting Person Project is a series of interviews in which each person interviewed gives the name of the person they think is the most interesting person they know. That person then gets interviewed, starting the cycle over.


Ted reveals that if he wasn’t helping artists record hit albums, he would be a college history professor. He majored in history in college but ended up in the recording studio instead. Life often leads in unexpected directions. The trick is to go with it, and keep your history degree in your back pocket (just in case.)