Alaska is huge. It’s twice as big as Texas, the next largest state. And contrary to popular belief, it doesn’t snow there all year long. So if you’ve been itching to see one of the most unique states in the USA, then a road trip here should be next on your bucket list. 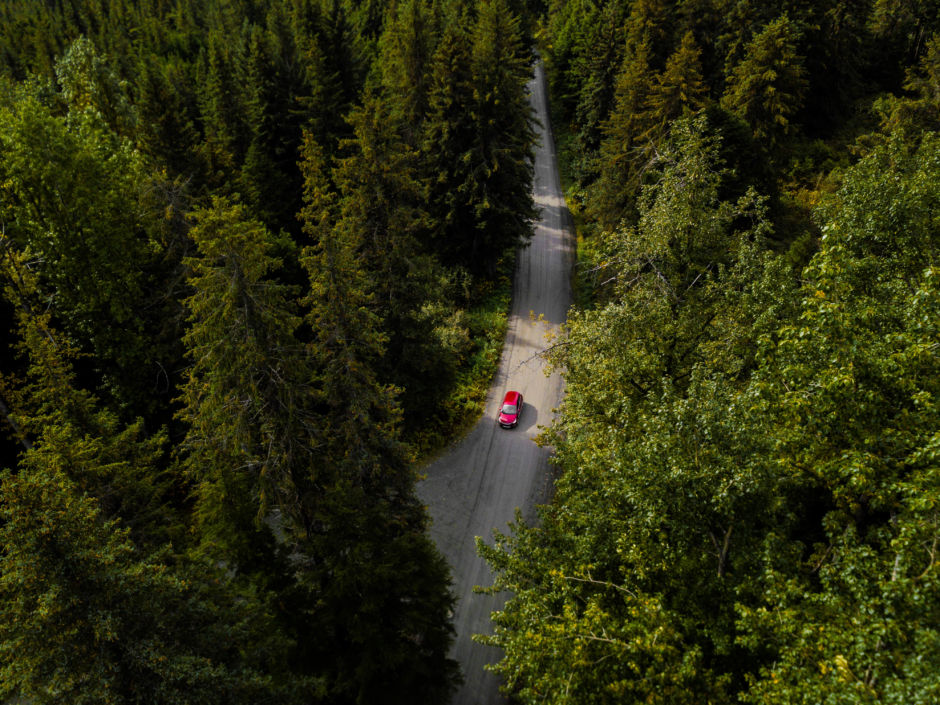 You can spread out

Don't want to run into other tourists? This is the place. It might not be the smallest state in population (I'm looking at you, Wyoming) but it does have the smallest population density: 1.2 people per square mile. That said, come prepared: food, gas, shelter, and research are a must in this wild west. 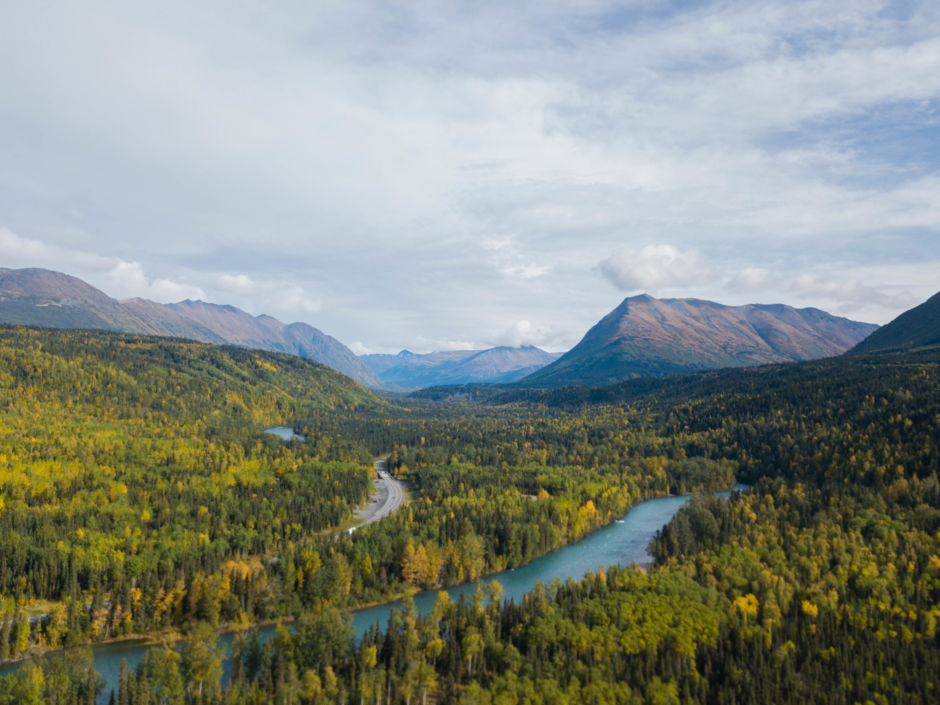 You might find yourself on a road with huge pine trees on either side of you and snow-capped mountains in the distance - that is pretty common, in fact. I can promise you that it never gets old. 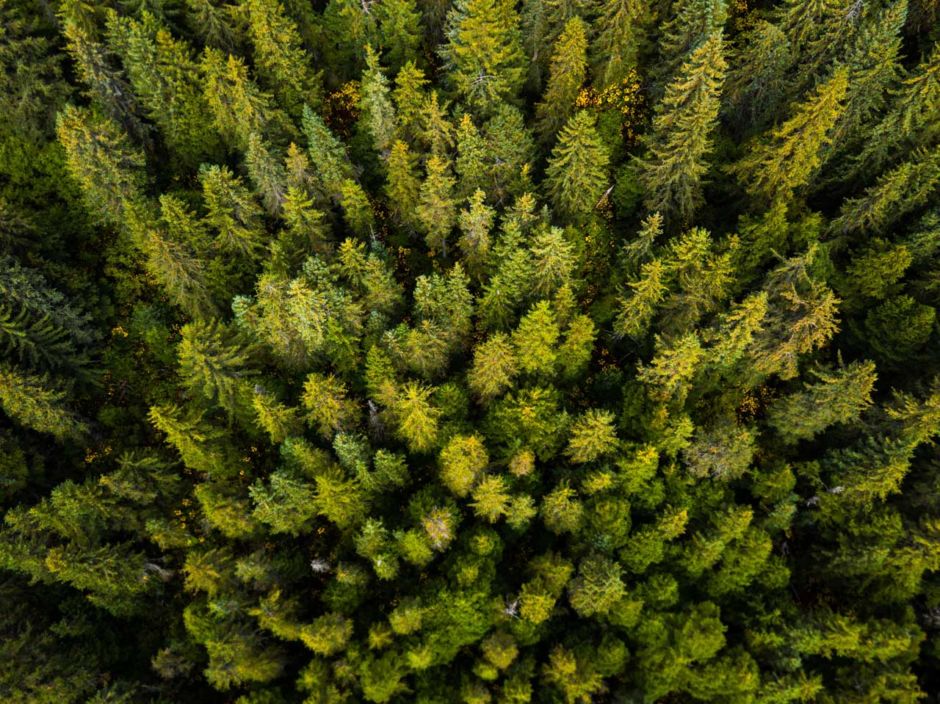 Catch a season or a solstice

In September, the weather is already starting to get cold. The leaves begin their change from vibrant greens to rich yellows and oranges. By the end of October, it will be full-blown winter. In spring, the meltdown begets raging rivers, while summer has long, warm days and nearly no night (the Midnight Sun, as it's known). Winter, though, is long. There's plenty to do in the winter, but you need to be into the extremeness of it all - and the darkness. Come the shortest day of the year, the winter solstice, there's just a few hours of sunlight: in Juneau, about six hours; in Fairbanks just three. And in Utqiaġvik (also known as Barrow) there's no direct sunlight at all. None. The sun sets in mid-November and they won't see it again until mid to late January, people. That's a lot of 67 days of darkness. (Don't worry, they're paid back with the opposite effect come the summer solstice: a never-setting sun). 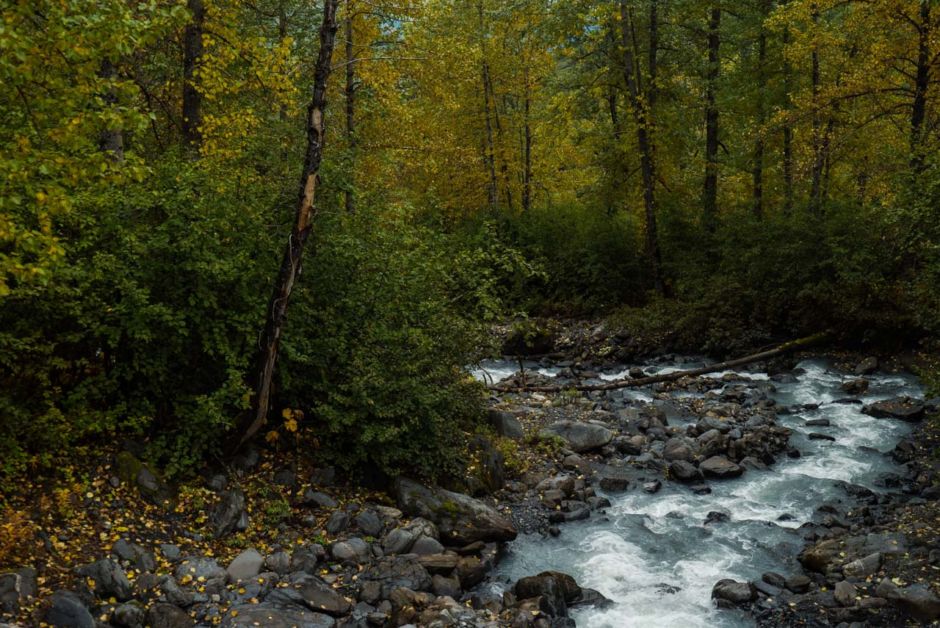 You can find a trail at almost every turnout. It’s the perfect opportunity to get out of your car and stretch your legs - or it can also serve as the most beautiful and relaxing pee break you’ve ever had. 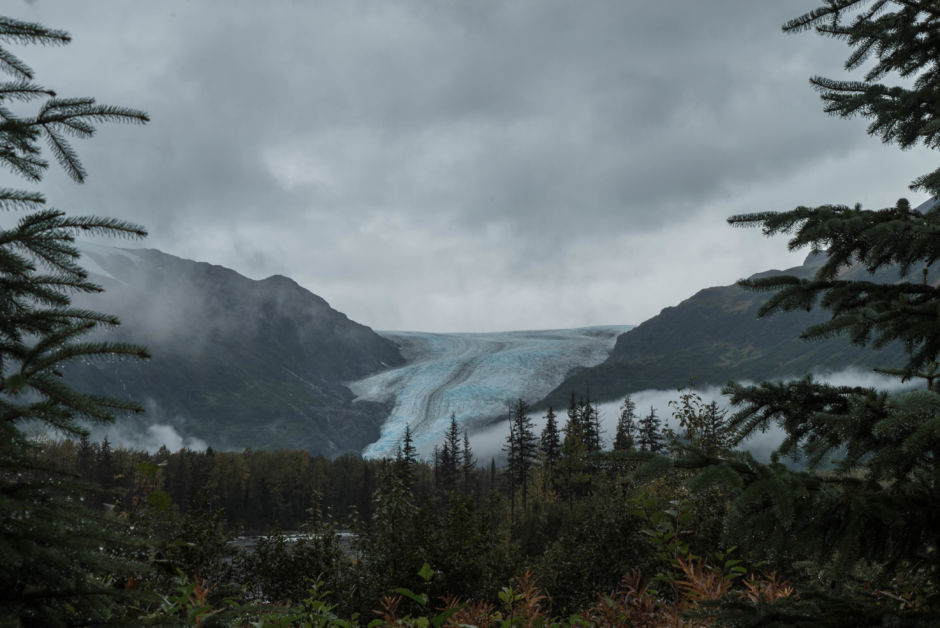 See a glacier before they’re gone

Glaciers in Alaska are massive, but that doesn’t mean they’ll be here forever. Some of the glaciers have markers showing where the ice used to be at a certain point in time. They are getting smaller, and it is happening exponentially. 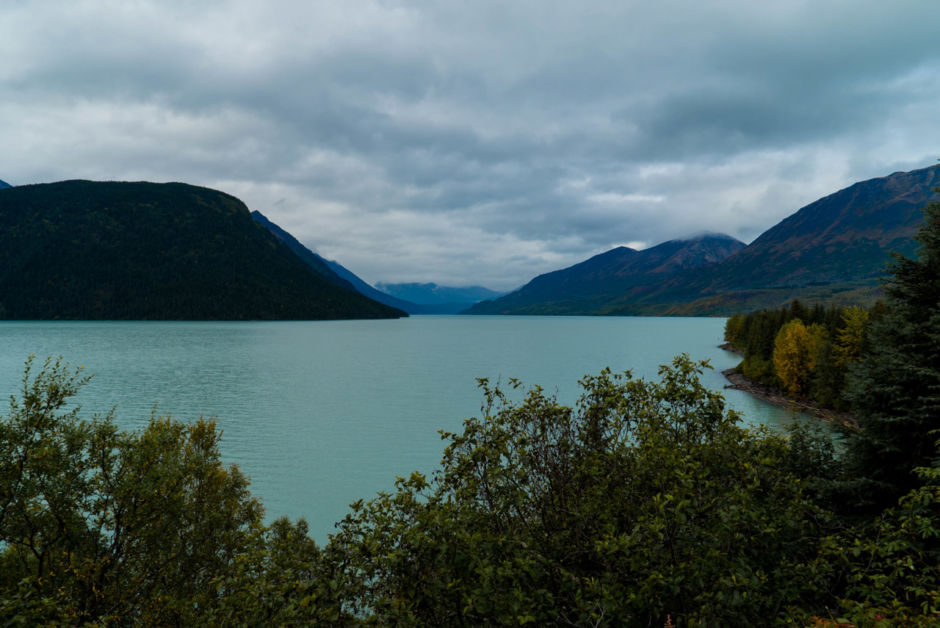 Glacier water is the deepest combination of blue and grey that you’ll ever experience. The water looks almost tropical. Don’t get too excited: if you were to jump in, the glacial silt - which is what makes the water appear so vividly blue - would be so thick and heavy that you’d sink right to the bottom. 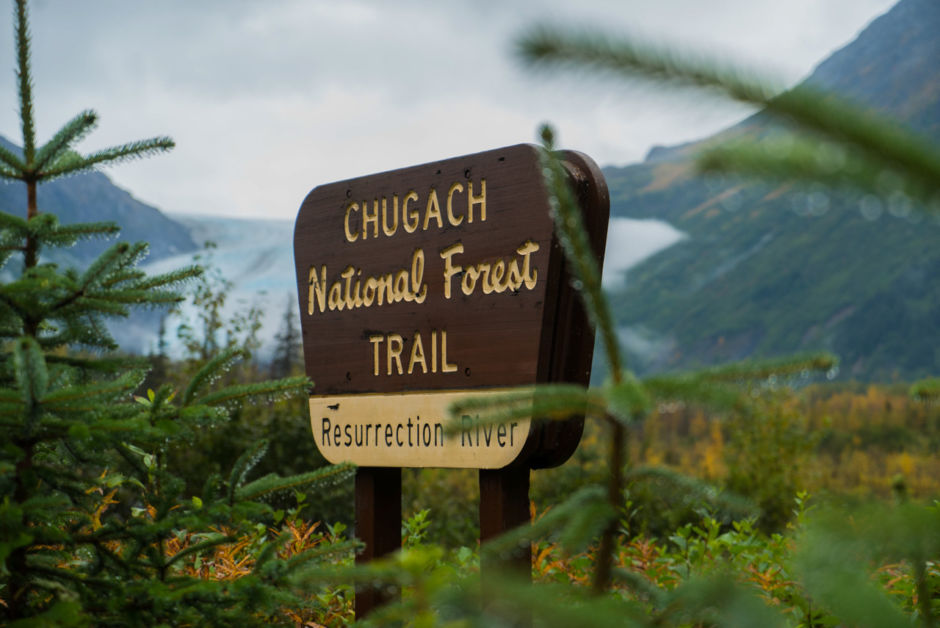 You can visit dozens of state and national parks

Alaska has over 40 State and National parks across the state, the most popular being Denali National Park and Preserve. If you can’t make it to Denali, don’t be discouraged. The remaining 39 are filled with the aforementioned glaciers, active volcanos, and vast valleys. 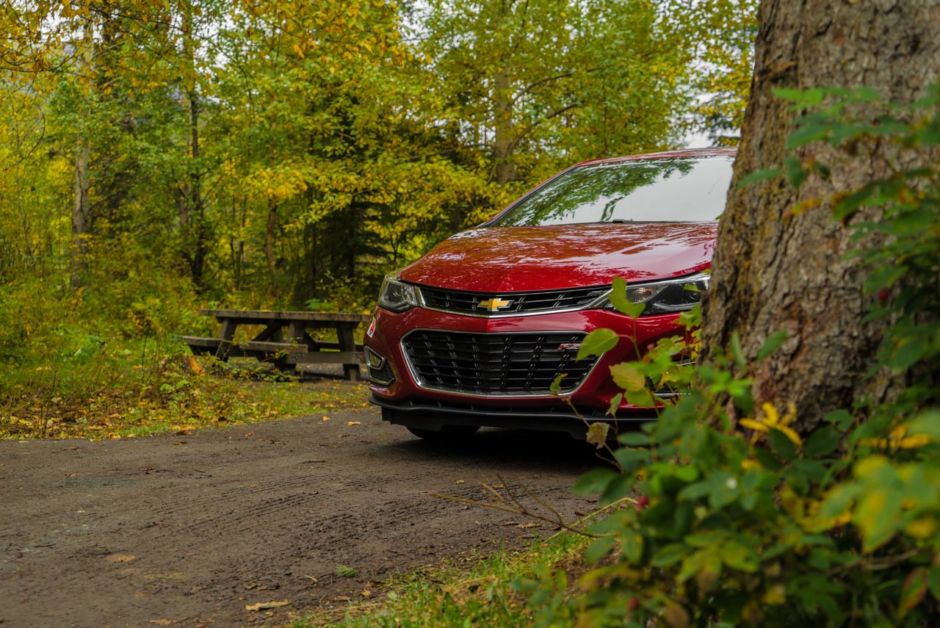 You can skip the hotel

Drive until you're tired, and then just pull over. Most highways have plenty of camping options right off the road. Just pull in, pay for your spot, and you’re good. Many of the campgrounds I saw were right alongside rivers, often packed with salmon. If you’re prepared, you can catch yourself some dinner. It is wild Alaska still, so camp wisely and come prepared. 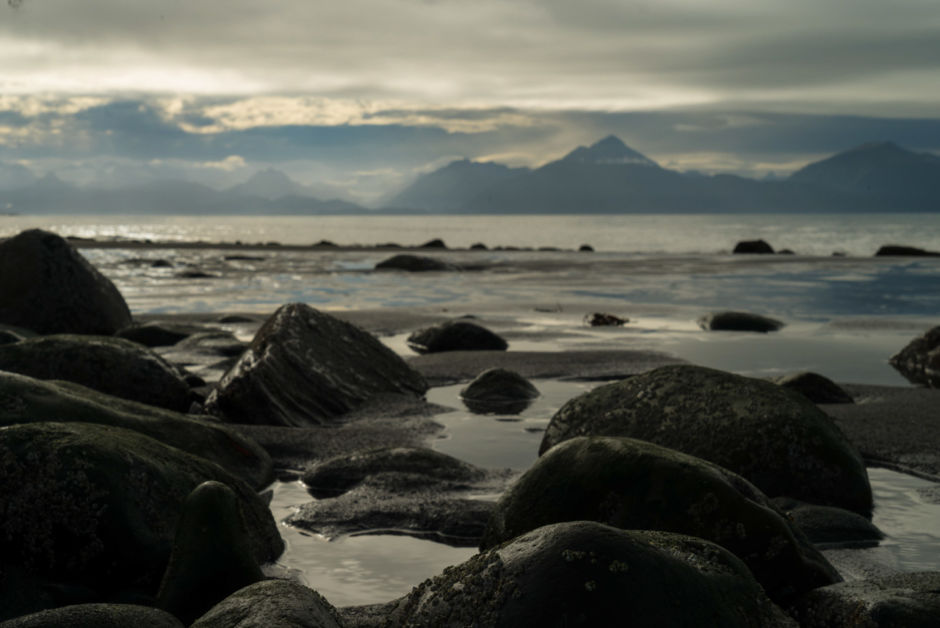 When you say "Alaska," you don't picture beaches, but looking at a map it's clear that Alaska is rich in coastlines. Homer, for example, is a small beach town surrounded by a crown of active volcanos on the tip of the Kenai Peninsula. Just further proof that Alaska can provide pretty much any kind of adventure you're after - so it's time to hit the road.

Insider GuidesThe 13+ Most Mind-Blowing Spots in Alaska
Tagged
Travel Alaska, United States
What did you think of this story?
Meh
Good
Awesome