Everyone is booking a trip to Montenegro nowadays, Slovenia is the trendy new outdoors hotspot, and Croatia is slowly turning into Balkan Disney World. This long-underrated region of Europe is more popular with travelers now more than ever — but one country continues to fly under the radar: Bosnia and Herzegovina. And yes, they’re one country.

On both my visits to Bosnia and Herzegovina I’ve been blown away by the natural beauty, the contrasting architecture, and the fascinating mixture of cultures that constitute this Balkanic country. With towering mountains, rivers so clean you can drink from them, and a history that’s both compelling and heartbreaking, a trip to Bosnia and Herzegovina is one you will never forget. 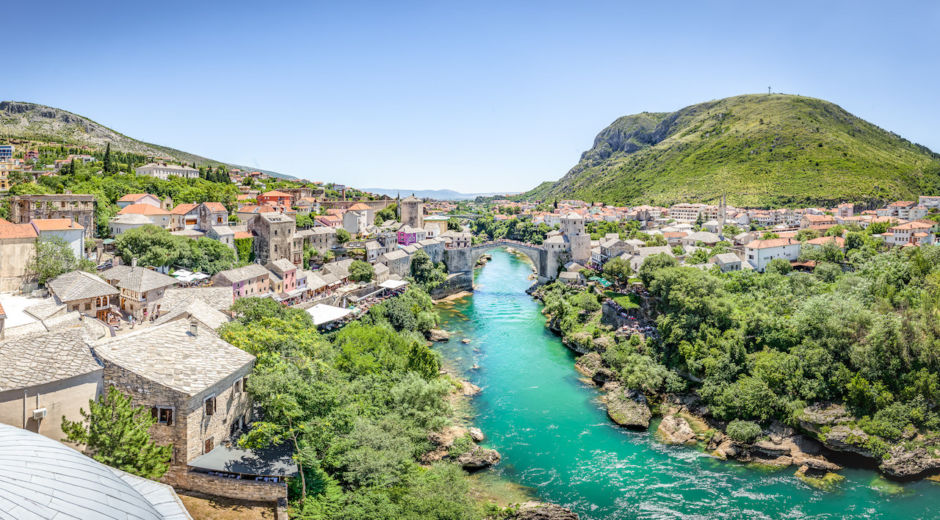 The most famous tourist attraction in the country, Mostar Old Town fans out from Stari Most, the Ottoman style bridge across the Neretva river which was reconstructed following the war. 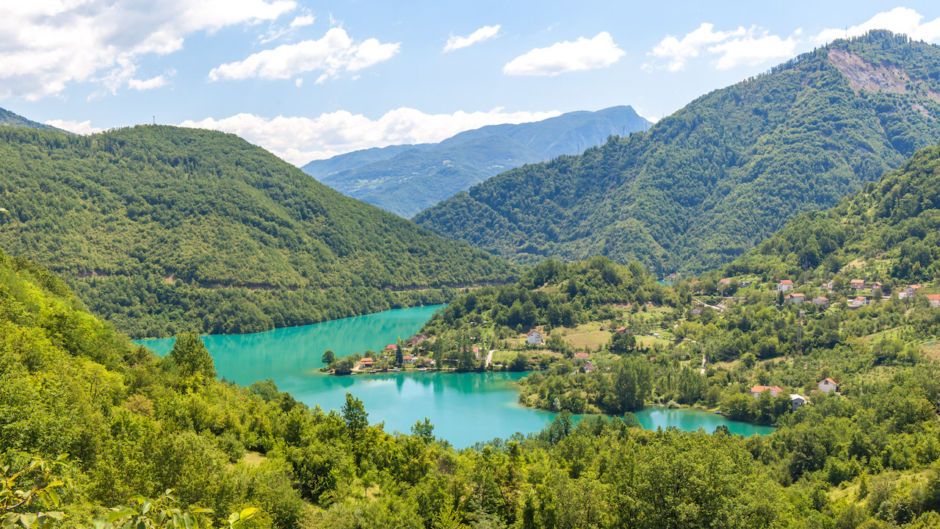 You’ll be slamming on the brakes to take photos of all the amazing lakes that litter the country, from Rama and its monastery to the mesmerizing colors of Jablanica. Go ahead, take as many pics as you want - mother nature has already Photoshopped all of these for you. 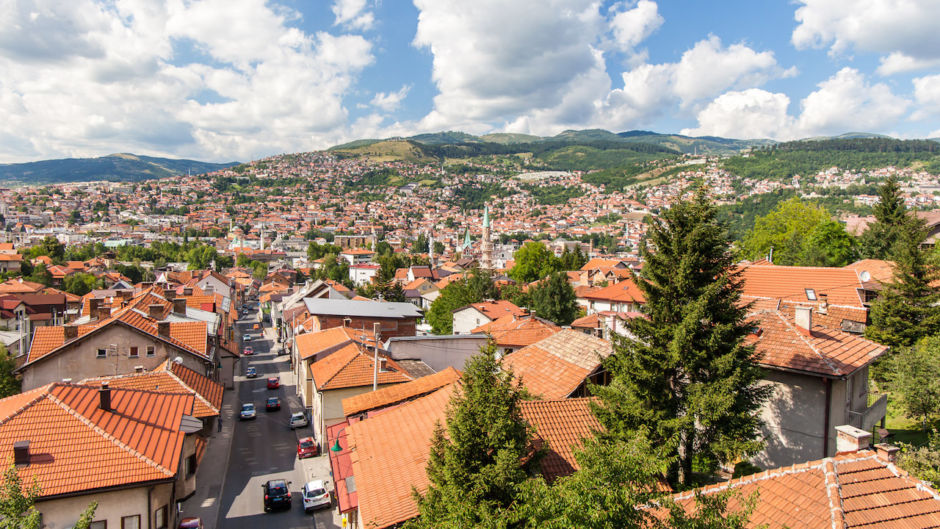 The capital city of Sarajevo with its red rooftops and spires rising up the mountains is crammed full of history. From the assassination that started WWI to the bullet holes in the walls that remind you of the recent conflict, Sarajevo is a great starting point to understanding the nation. 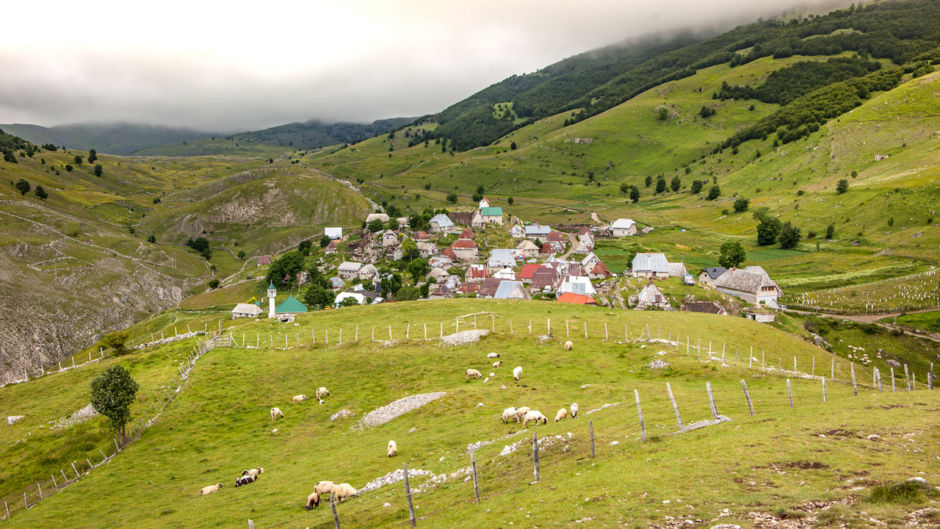 Not only does hiking through the mountains of the country provide an escape from the modern world, stopping in traditional villages such as Lukimor, where farmers have lived for hundreds of years, provides an opportunity to see a less spoiled way of life. 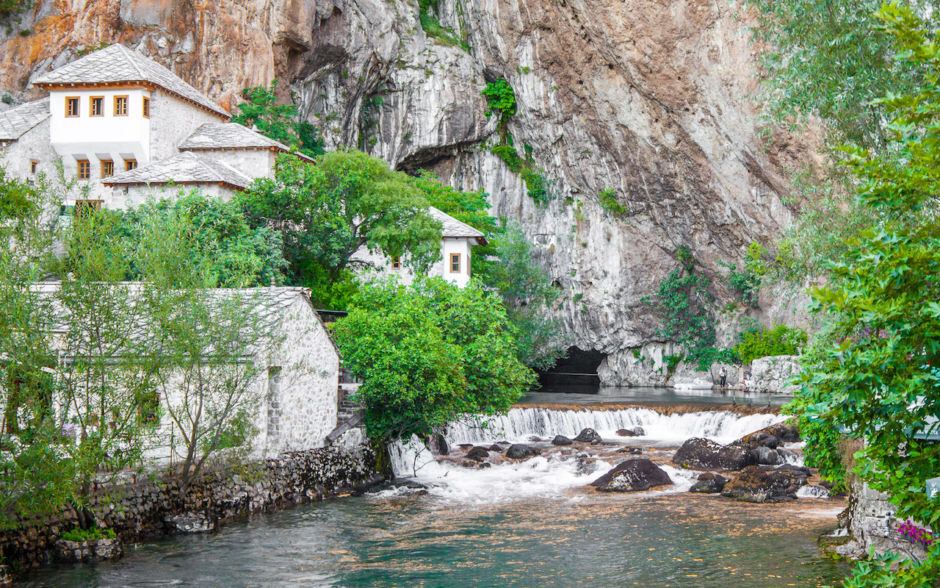 Blagaj Tekija Monastery is in a small village just outside Mostar. The nearly 600-year-old building built into a cliff definitely deserves the detour. 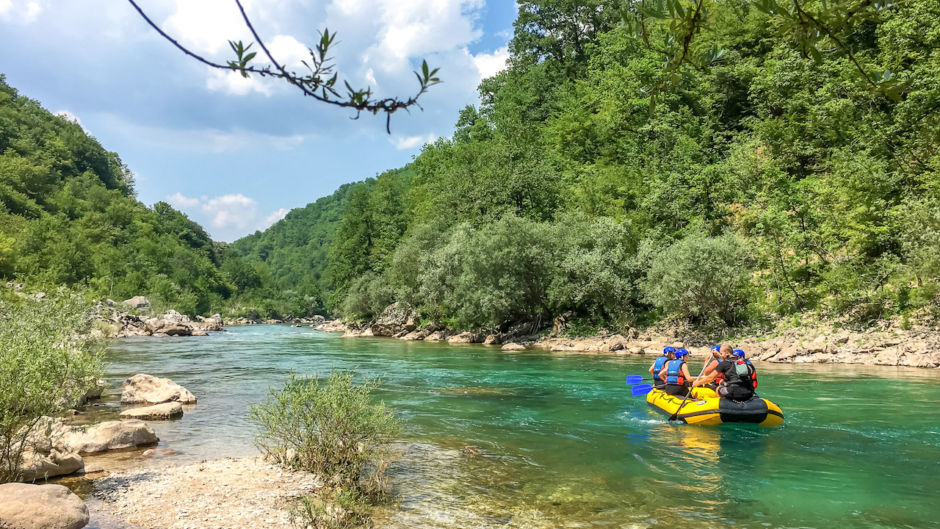 The clear, ultra-clean waters of the Neretva make for an awesome day of white-water rafting through a deep rock valley; the rapids can get up to Class IV. 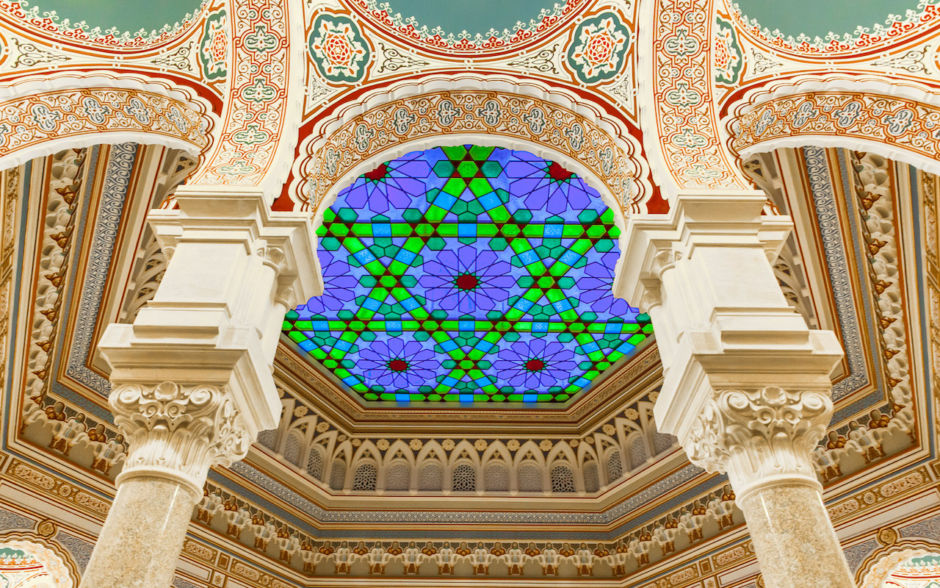 With a mix of Bosniaks, Croats, and Serbs living in the country, you’ll pass impressive mosques, synagogues, and churches in just a short stroll around Sarajevo. 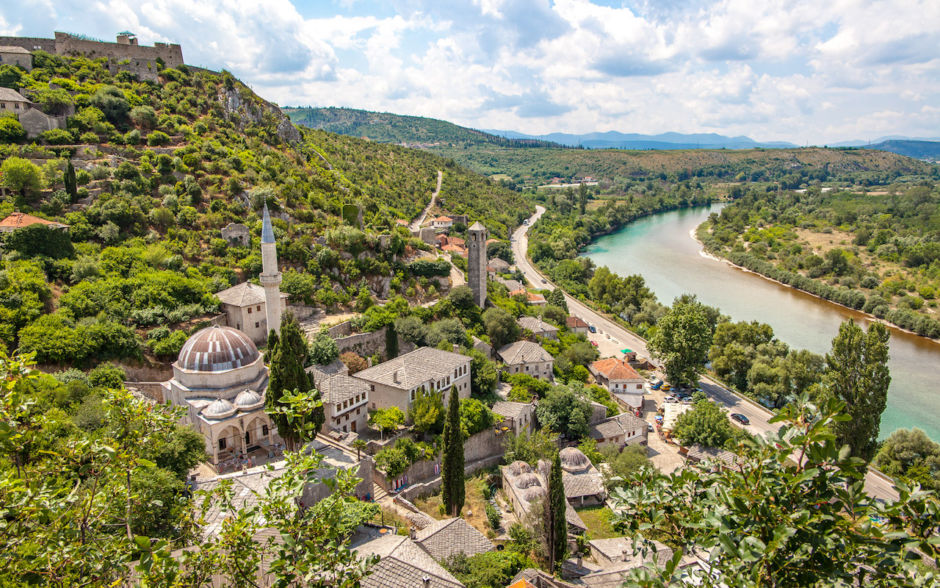 All around the country you’ll find charming villages built up the sides of mountains that are along the many rivers. Počitelj with its epic castle viewpoint is one of the best examples. 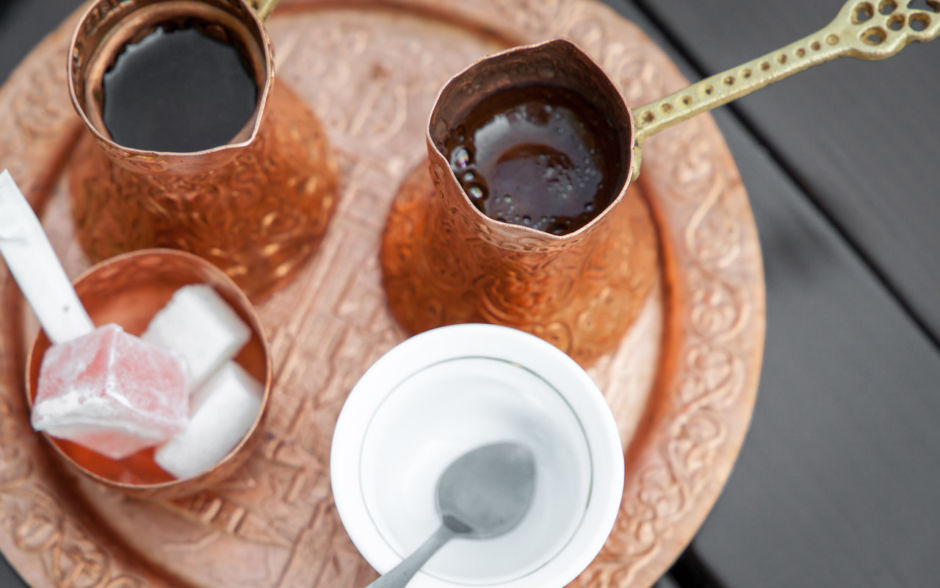 Coffee is a big deal in Bosnia and Herzegovina. Here, conversation is as important as what’s in the cup. Head to Alma in Mostar where they’ll walk you through the traditional brewing process. 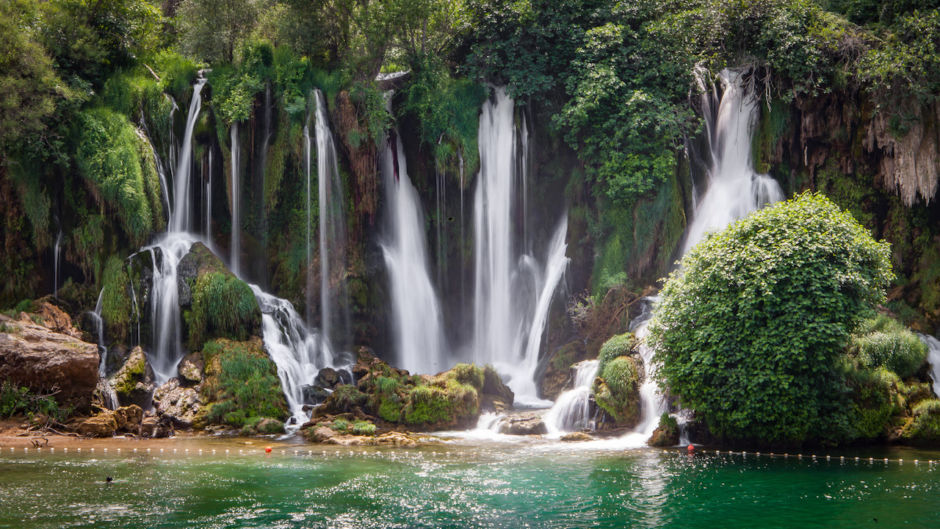 The perfect place for kayaking or a swim, Kravica Waterfalls cascade into the Trebižat River and are quickly becoming one of the country's biggest tourist attractions. 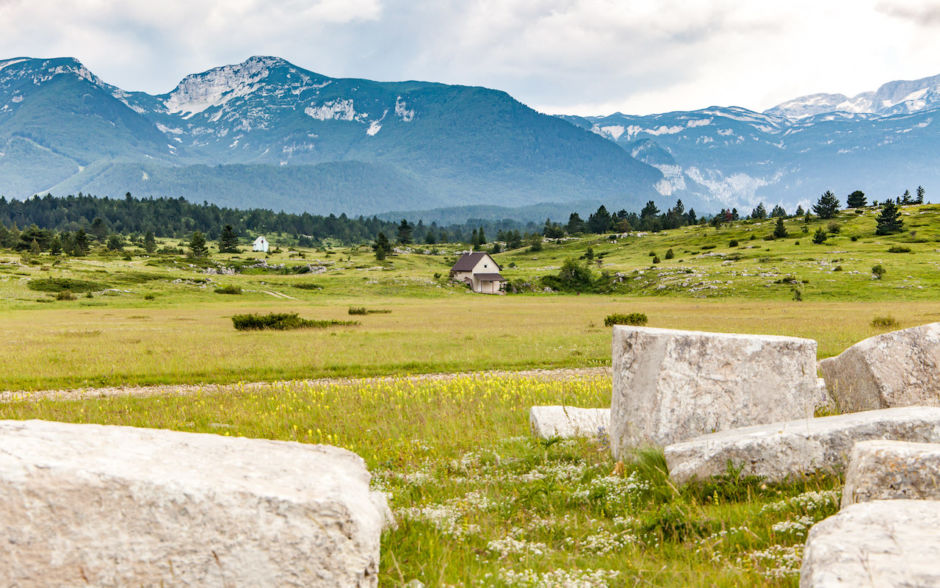 Throughout Bosnia and Herzegovina, multiple medieval cemeteries and tombstone sights have been inscribed onto the UNESCO list due to their cultural relevance. Keep an eye out for them while trekking or driving along. 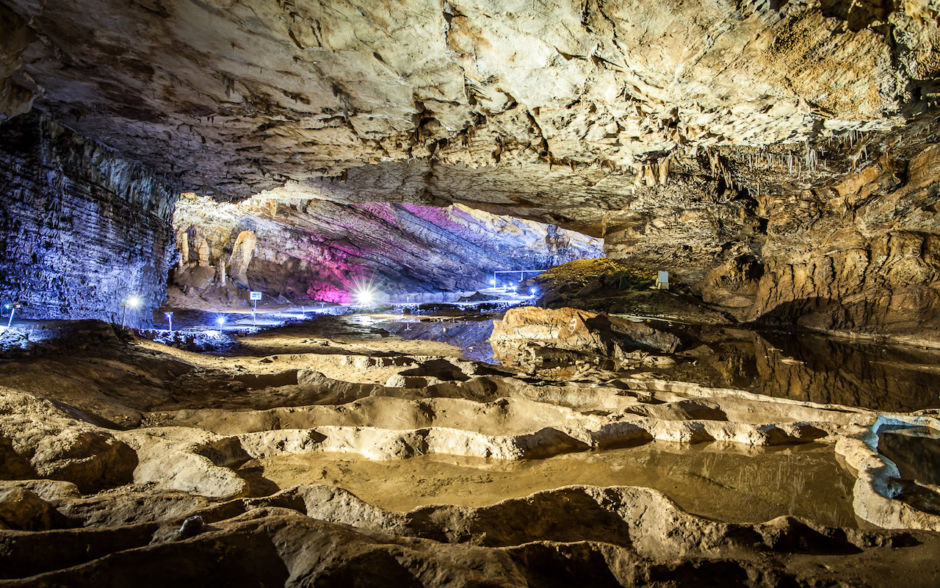 Vjetrenica is the biggest cave in the country. Thanks to its many natural chimneys, it has its own wind flow. The cave stretches for more than four miles, but only a small portion is open to the public. 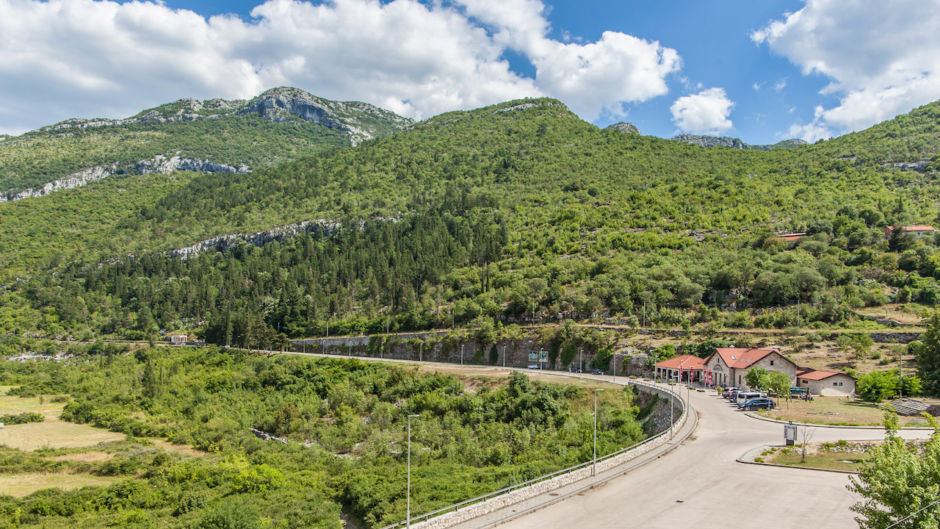 The old train line that linked Mostar with Dubrovnik is long gone, but it has recently been converted into a bike trail. You can even sleep at the old train stations along the way. 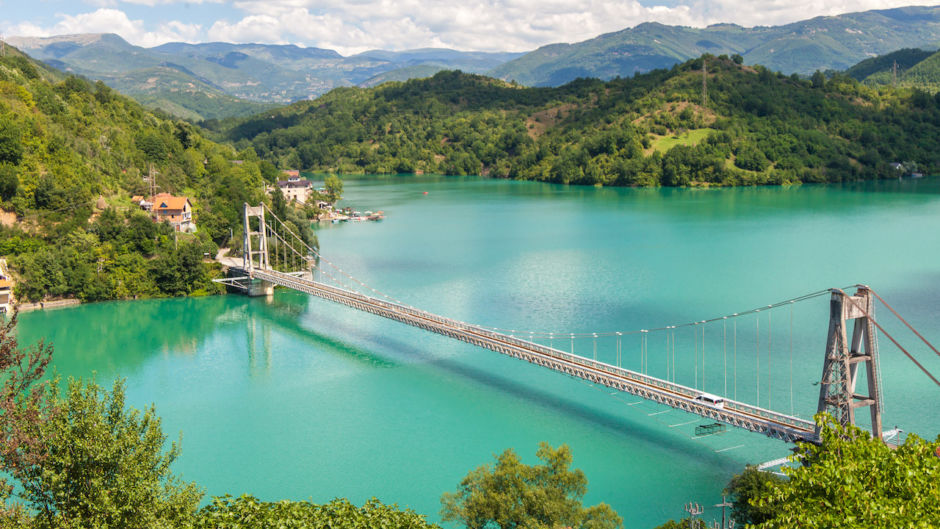 Bosnia has a thing with bridges. It doesn’t matter if they’re old or new, they link the country together over amazingly colored rivers and lakes, making road trips a mandatory experience. 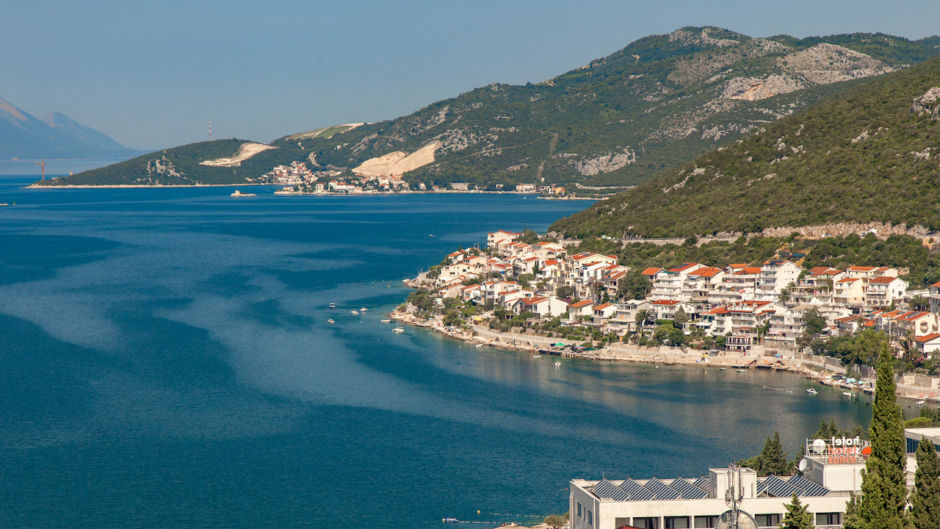 A small slither of beach in Neum provides Bosnia and Herzegovina with a coastal city. It actually splits up the rest of Croatia from Dubrovnik and has full EU borders on either side. 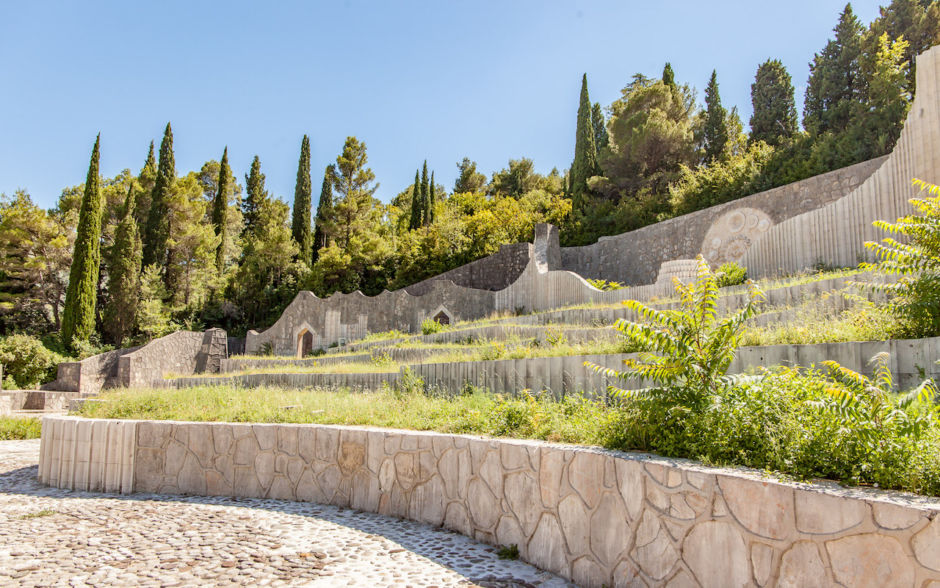 Throughout the country, you’ll find abandoned buildings turned into street art and Yugoslavia monuments among overgrown plants, providing a reminder of the region’s recent history.

This video will make you want to visit Bosnia-Herzegovina right now
Tagged
Galleries Travel Insider Guides Bosnia and Herzegovina
What did you think of this story?
Meh
Good
Awesome

The Ultimate Guide To Skiing in Bosnia and Herzegovina

Everyone Thinks Bosnia Is Still a Dangerous Place. Here’s Why I Can’t Wait To Go Back.

Why People Jump Off of This Bridge in Bosnia