The American West has no shortge of amazing geological features, like the Grand Canyon and the rock arches of Arches National Park. But one of the most unusual — otherworldly, some might say — formations are the hoodoos in Bryce Canyon National Park. And Bryce Canyon’s hoodoos are everywhere. In fact, it has the highest concentration of them of anywhere on earth.

Bryce Canyon National Park is an incredible and unique landscape, known for the stunning hoodoos. Hoodoos are tall, thin spires of rock contoured by wind and water. Many of the Bryce Canyon hoodoos are in strikingly red and pink hues and line the canyon walls in groups of hundreds while bighorn sheep and other wildlife meander through the sagebrush at the base. The Bryce Canyon hoodoos also feature intricate details like slots, alcoves, pinnacles, and windows.

The hoodoos are result of millions of years of erosion. As water seeps into and out of the sandstone, it creates a type of weathering called hydraulic action. This process gradually wears away at the rocks, forming the iconic spires that have become synonymous with Bryce Canyon National Park. The colors of the surrounding rock are also influenced by this process, as minerals in the rock change colors when exposed to oxygen in the atmosphere. 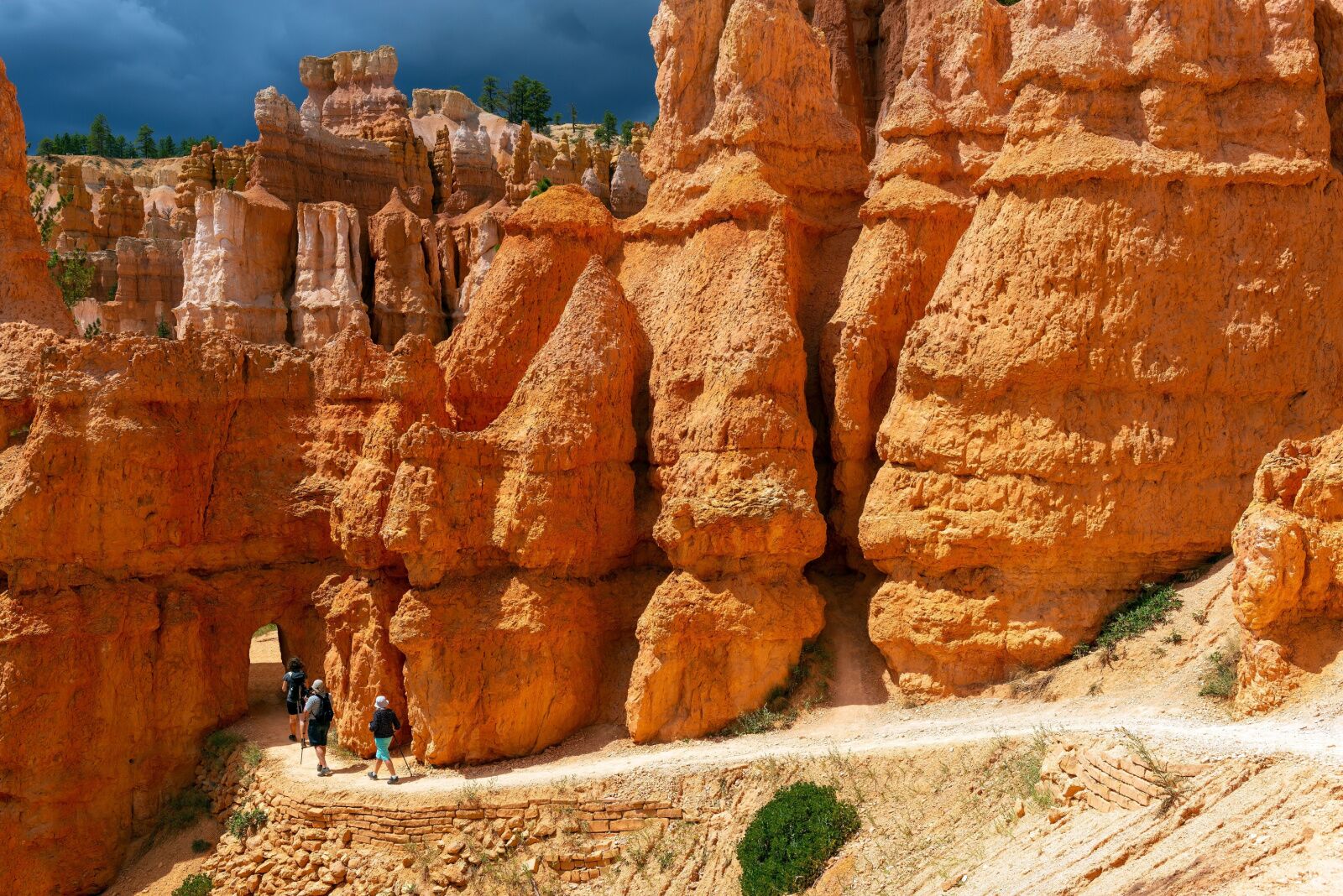 Hiking through Bryce Canyon National Park is the best way to see the hoodoos up close. Fortunately, there are plenty of hikes to choose from and most of the trails are very well marked and maintained. The Rim Trail is a super-short walk to look out on the hoodoos from above, or you could opt for the eight-mile Fairyland Loop, named for the ethereal feeling of being surrounded by hundreds of hoodoos at the famous Fairyland Point. The Navajo Loop Trail is also a good pick. It’s one of the most popular and takes visitors on roughly 90-minute loop past some of the park’s most stunning hoodoos and other formations.

The weather in Bryce Canyon can vary greatly depending on the time of year. June through August is generally the warmest time, with high temperatures reaching into the 90s. December through February is pretty cold, and frost and below-freezing temperatures aren’t uncommon. But if you’re just planing to go to the overlooks or not do any extended hikes, it can be way less crowded — and the snow-covered hoodoos are beautiful. Spring and fall are generally the most pleasant times to visit, with moderate temperatures and fewer crowds.

OutdoorThis Road Trip Shows There’s Even More To Utah Than Its National Parks
Tagged
National Parks
What did you think of this story?
Meh
Good
Awesome