Whakaari, or White Island, is a volcanic island in the Bay of Plenty off the east coast of New Zealand’s beach-covered North Island. It’s the most active volcano in New Zealand and one of the most studied volcanoes in the world. Whakaari has been active for at least 150,000 years, with frequent eruptions throughout its history. Whakaari has had several deadly eruptions over the past 200 years, including an eruption in December 2019 that killed 22 people.

If you’ve watched the recently released Netflix documentary The Volcano: Rescue from Whakaari, you know that it’s not a place to underestimate.

Whakaari is about 30 miles off the coast of Whakatane in the Bay of Plenty region on New Zealand’s North Island. Whakaari is part of the active Taupo Volcanic Zone, which includes other volcanoes such as Tongariro and Mount Ruapehu. Whakaari has a total area of about half a square mile and rises about 1,000 feet above sea level. The volcano can be reached by boat or helicopter and guided tours were available when the volcano was not actively exploding. As of January 2023, it’s still off-limits to foot traffic. You cannot visit Whakaari/White Island on your own. 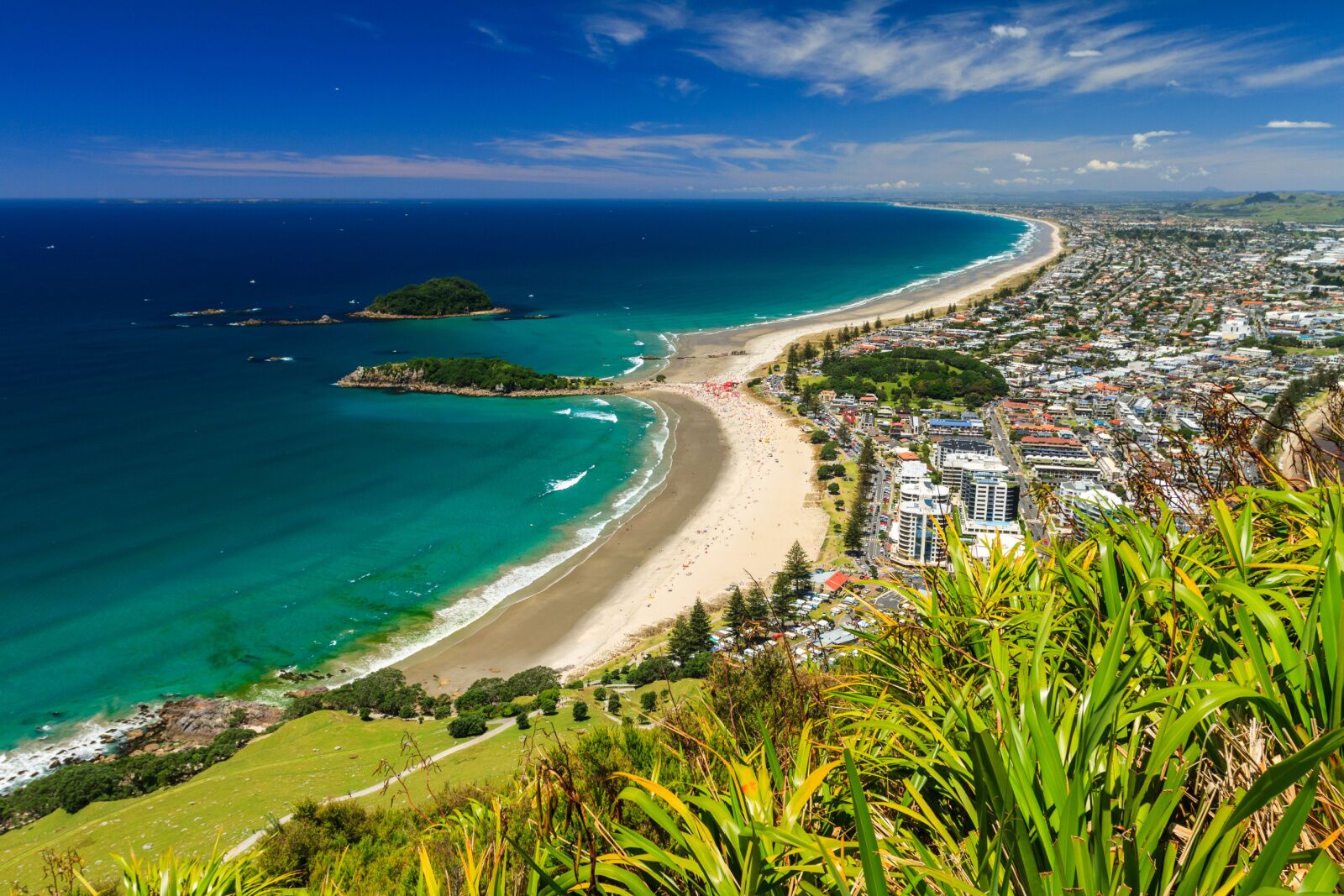 Whakaari/White Island tours typically leave from Whakatane (a four-hour drive from Auckland) or Tauranga (about three hours from Auckland). Whakatane is the closest mainland town to Whakaari and is the most popular departure point for organized tours.

When exploring the island on foot is allowed, you can book trips from several area tour companies, some of which offered the opportunity to camp on the island (and may again whenever it reopens).

When the island is closed to foot traffic, seeing the island from air is the only option. But that’s no problem, since seeing it from air may give you the best perspective of the uniquer island (and save you from smelling some seriously strong sulfur). White Island Flights offers scenic flights over Whakaari, offering stunning views of the iconic landscape from up high. Hour-long tours start at $249 NZD, or about $159 US.

What will you see at Whakaari? 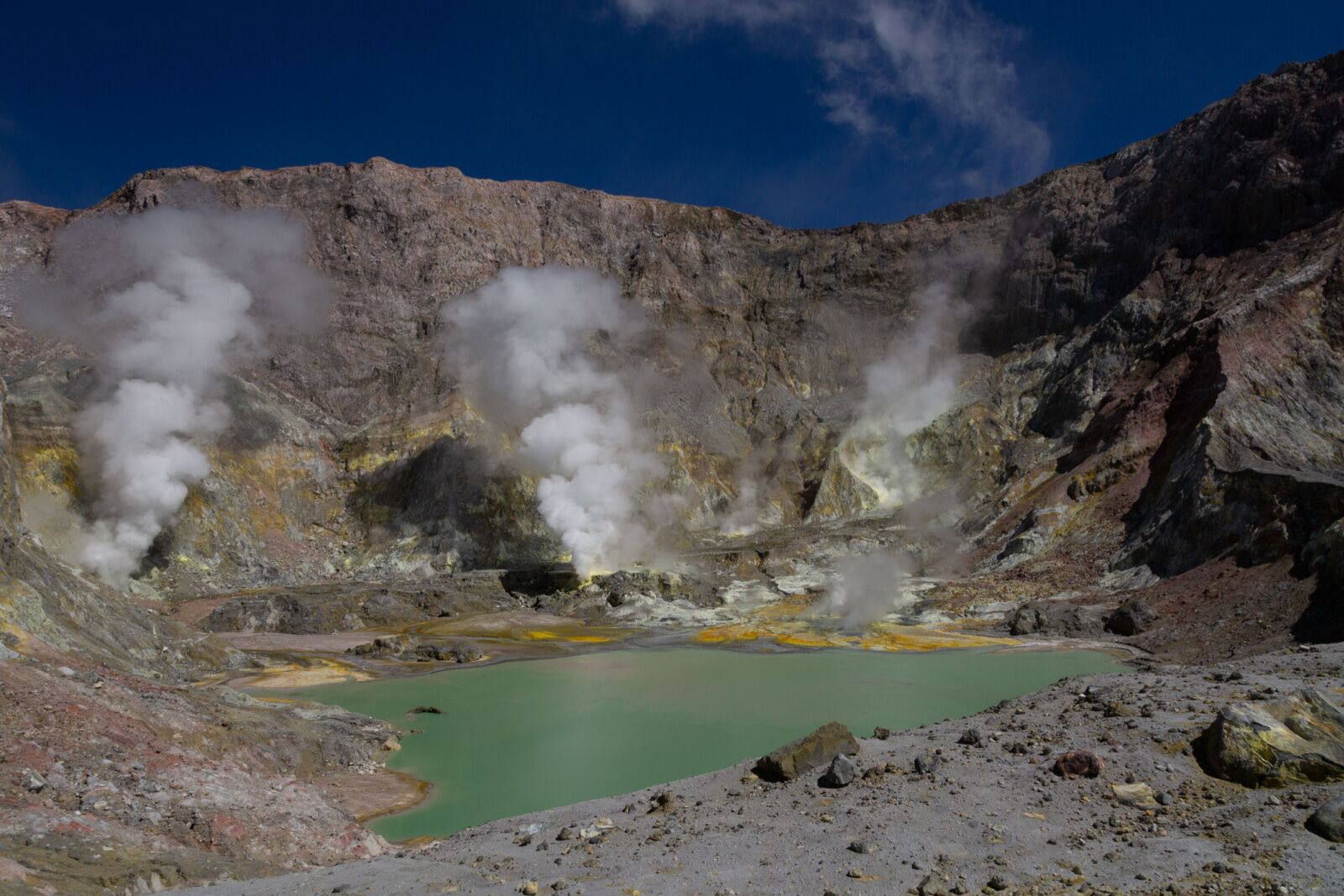 Whakaari/White Island offers some truly unique experiences for its visitors. Aside from the active volcano itself, there is a variety of geographical features including hot springs, fumaroles, craters and steam vents where one can observe the active processes of Whakaari. Fortunately, it’s easy to see all of these from the air.

Whakaari also has its own unique fauna and flora, with several species that are endemic to the island. The extreme environment has led to some unique evolutionary adaptations, and species you’ll see there include the Whakaari skink, Whakaari gecko, and Whakaari cicada.

Whakaari/White Island is an active volcano, and as such visitors must take extra safety precautions. All trips to Whakaari should be organized through reputable companies that have experience dealing with volcanic activity and know the risks associated with it. It is also important to check in advance if there have been any recent eruptions or seismic activity. When the island is closed to foot traffic, never try to charter your own boat. Planes and helicopters can make quick getaways if they notice any unpredictable seismic activity; hikers can’t. Be smart. 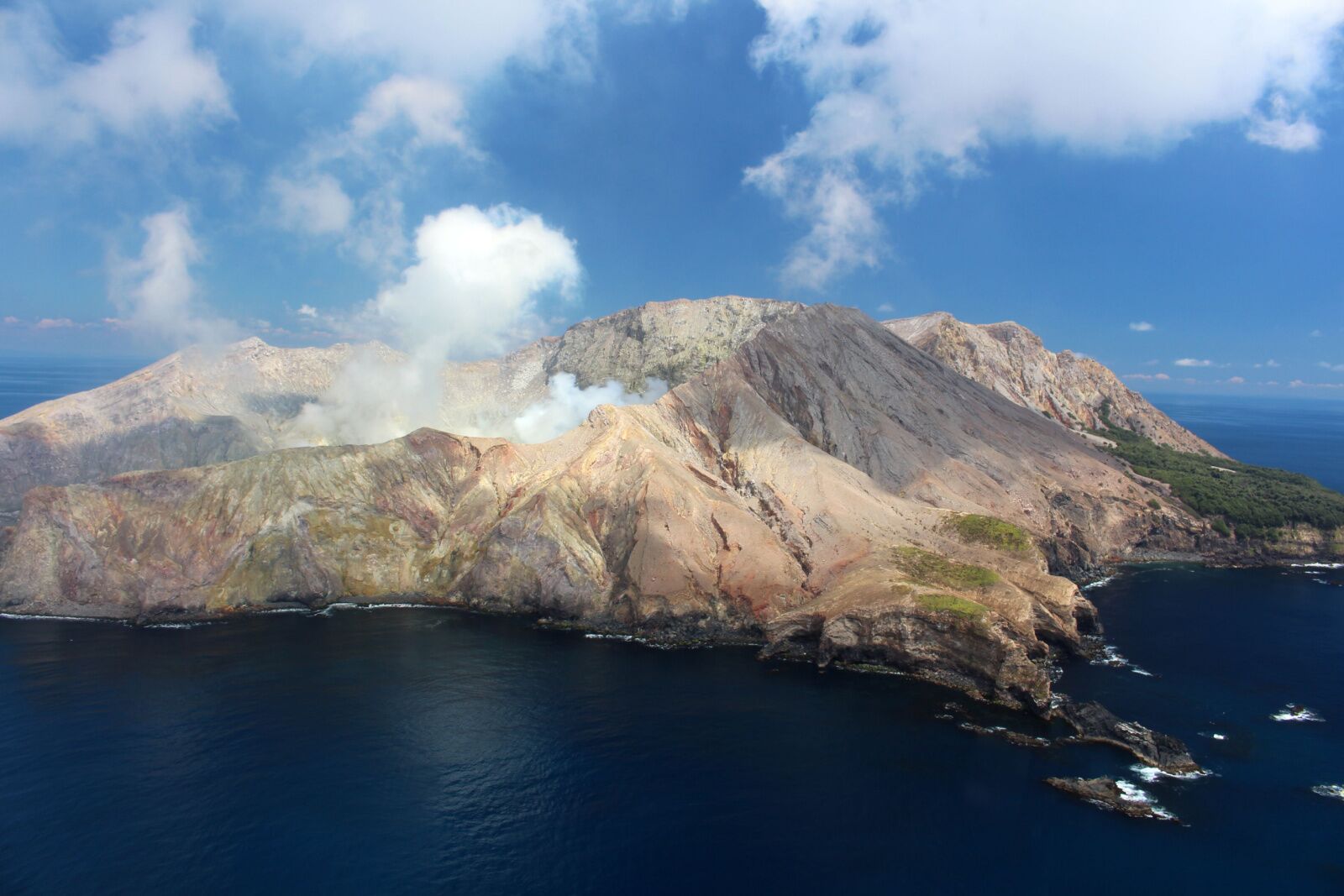 Whakaari has had several explosive eruptions over its long history, producing pyroclastic flows and ash plumes that have the potential to disrupt air travel in the region. Whakaari is monitored 24/7 by GeoNet, a government agency tasked with monitoring volcanic activity in New Zealand. The most recent major eruption occurred on December 9th 2019, and Whakaari has also had several smaller eruptions since then, including one as recently as March 2021. Scientists continue to monitor Whakaari’s activity and will close foot traffic to the island during periods of extended activity (which is the case as of December 2022).

When will Whakaari/White Island reopen? 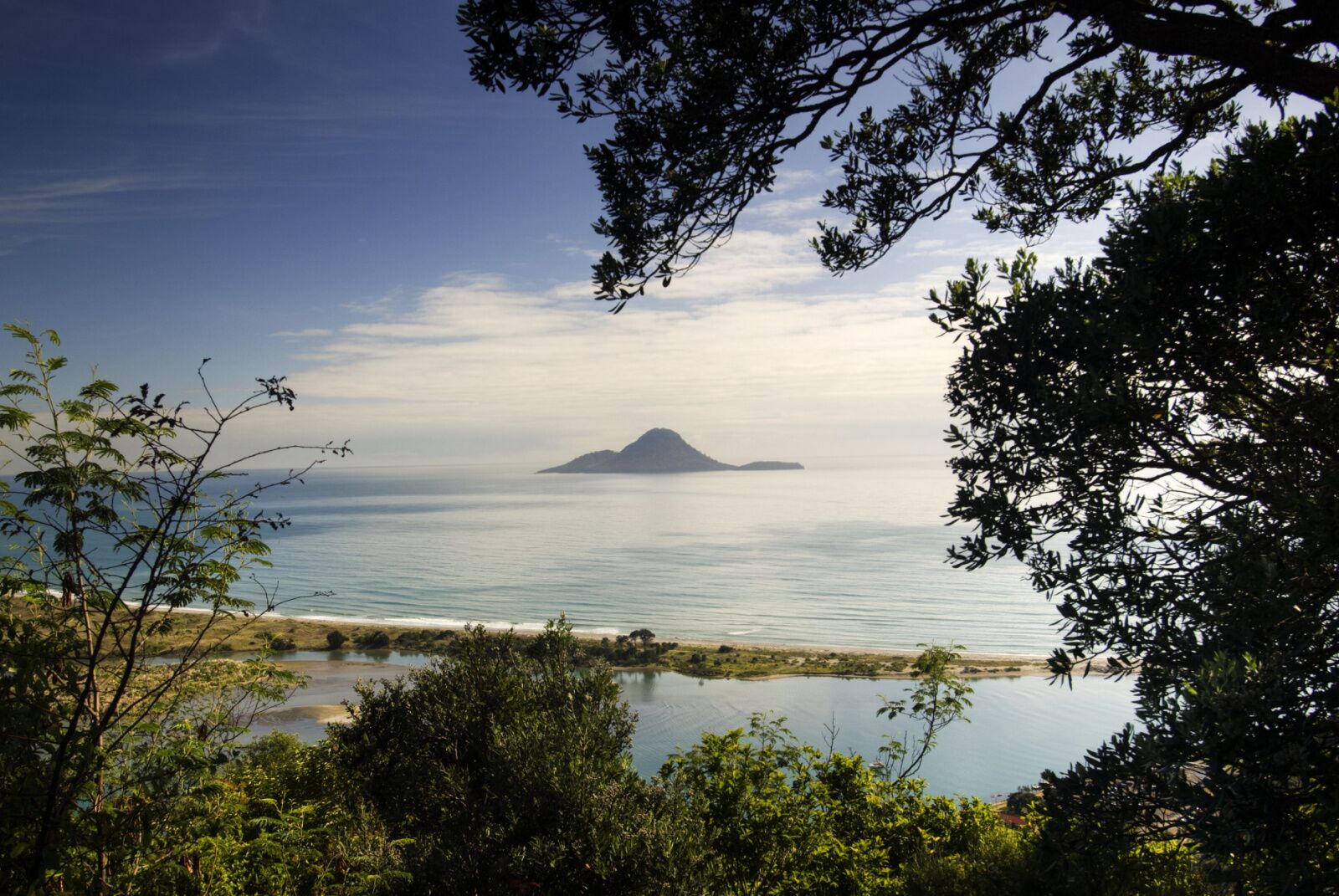 Whakaari remains closed to visitors as of January 2023. The question of when it will reopen is a difficult one and is still uncertain. Whakaari needs to be assessed for the short-term impact of the eruption and potential long-term effects on its geology and environment before any informed decision can be made.

However, Whakaari is an inherently unpredictable place that has been recovering from recent eruptions far longer than humans have been visiting — implying patience may be necessary while scientists work to understand its true resilience. It’s a topic of controversy in the country and only time will tell if helicopter tours will forever be the only tourist option.

National Parks6 Active Volcanoes You Can Actually Go and See Up Close
Tagged
Adventure Travel New Zealand
What did you think of this story?
Meh
Good
Awesome