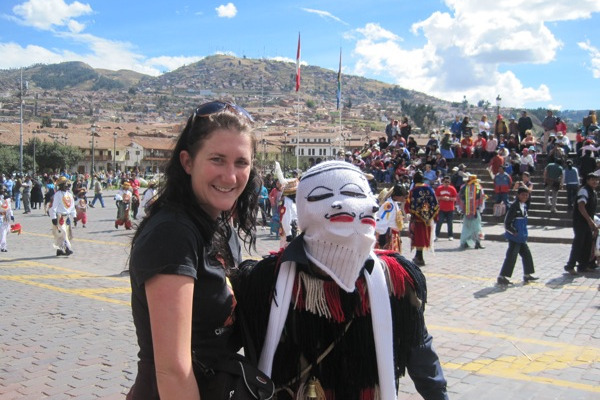 From a chilly corner of Santiago airport, it’s easy to cast a critical eye back over my first “real” expat experience in Cusco. Three weeks of relaxing back into Australian slang and uncomplicated living stretch ahead of me, placing a cool strip of distance between life in Peru and life right now.

I thought I’d slip into expat life without trauma; a seasoned traveler, I’d passed months in foreign countries, comfortable and confident in the chaos and confusion of unfamiliarity. But something about life in Cusco threw me; I’ve never cried so often in my life.

I launched a series on my blog, interviewing other expats, hunting for clues, the answers to what I’d done wrong, why I felt so far from home in my new home. From the input of all the wonderful expats I’ve interviewed, I realized where I went wrong.

Turns out, though, it doesn’t matter how many years you’ve spent lugging a backpack around the globe. Once that pack is stowed away and daily life begins to be lived in a foreign country, it’s a whole new ball game. The fascinating differences you adored investigating when everything was an adventure must be incorporated into every day life; the comfortable camaraderie of the travelling community is taken away, and the realities of a daily grind you thought you’d left behind for the thrill of life in a foreign country must be dealt with.

Life in a foreign country is just that: life. Without the seductive irresponsibility and novelty of life on the road, you’re left with what may be, initially, a fairly difficult reality and an unexpected monotony. Be ready to deal with it.

2. I thought learning the language was everything

OK, language learning is important. It’s really important. And deep immersion during your one-month stay in a Guatemalan language school is the best way to make rapid progress. But I shut myself off from English, refused to budge from my circle of Peruvian friends, determined during months and months to perfect my Spanish, to live in Spanish, to thrive in Spanish – as quickly as humanly possible.

It worked – my speech is rapid and laced with regional slang, to the general hilarity of all my local friends who still collapse in helpless giggles to hear withering Peruvian putdowns delivered in an Australian accent. But it also trapped me: I was unable to express clearly and succinctly my worries, the emotions of life so far from home, living in a language that wasn’t my own. Be kind to yourself, and let the target language go from time to time. 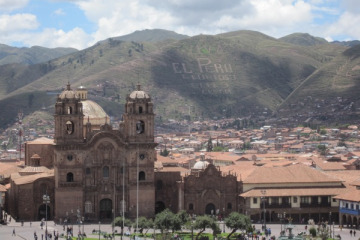 3. I didn’t seek out expat friends

I visited my father in Bahrain six years ago and was horrified at the expat enclaves, the separate life carved out and molded to be as close as possible to how things were back home, only with a Filipina house-maid. It was the opposite of the life abroad I’d always imagined: the dive into the unknown, the thrilling probing of the foreign, and the deliberate and conscious choice to challenge oneself and live something entirely new.

I still shudder at the memory of the expat vacuum, the Pleasantville tucked into the hot sands of the Gulf region, but in trying to be so brave, so adventurous, I took it to the opposite extreme. Local friends are a wonderful way to integrate into and better understand the culture and history of an unfamiliar country, but expat friends provide a sounding board for discussion, an understanding ear, a mirror for the challenges you’re all facing together. A more experienced expat can guide you through the complicated maze of bureaucracy that local friends may not be familiar with, and will know exactly what you’re going through. Seek one out.

4. I tried to use my local partner as a crutch

A local partner can be an even more useful language tutor and cultural tour guide than a good circle of local friends. They can’t carry you though; I made the mistake of leaning too heavily on Gabriel, expecting him to make the transition easy, and getting upset with him when he couldn’t.

This is one of those things you’ve gotta do on your own. Expecting someone else to take the greater part of the burden is bad for you and bad for the relationship.

The work-life balance that TV shrinks are so fond of expounding is even more important when adjusting to expat life. I tend to throw myself into work when things get uncomfortable, and between my university, writing, and opening Yamanyá Backpackers it was easy to hide from the world and work, work, work.

But that doesn’t help make a life, make friends, or consolidate the relationships you already have. I’m laying plans for my new life in Cusco: new house, yoga classes, regular salsa lessons with the girls, Sunday night dinners. Maybe my work will suffer, I won’t write as much, or university will take a back seat for a while, but happiness trumps success.

Can you relate with Camden’s experiences? What mistakes have made living abroad? Share in the comment section below.