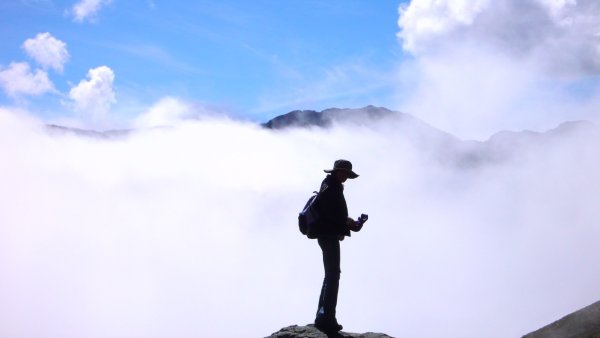 Whether you’ve arranged a volunteer gig at Villa Tunari’s wildlife refuge or just plan on bummin’ it up on the La Paz-Uyuni-Sucre circuit, here are some things to keep in mind about South America’s underdog.

We’re talking currency here—the Boliviano—and every English-speaking foreigner you meet is gonna use the term. 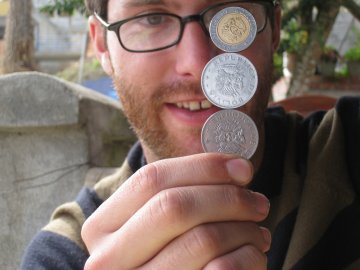 You might think it sounds pretentious at first. You might even take a silent vow: “There’s no way I’m jumping on that bandwagon.”

So you’ll struggle by with the clunky “Boliviano” for a bit. Or do as many locals and call it a peso.

But before long you’ll come around—they all do—chiming in with the rest: “I just bought a bag of 25 oranges for only 4 Bs!”

“Yikes!” I said the first time I plugged in my laptop, meeting a loud pop and two very large, very golden sparks.

“Don’t worry,” a roommate returned. “They all do that.” And it’s true.

So, no, you haven’t fried your MacBook. You’re just in Bolivia.

Bus rides can get hairy.

This may go without saying in a country that’s home to the World’s Most Dangerous Road, but for a while I was fooled.

Some major highways are paved, and the buses running them could even be mistaken for luxurious once in a while. 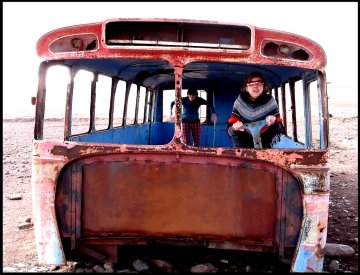 But venture off the primary trucking routes and things get ugly fast.

Before you know it, you’ll be having your own “Bolivian bus experience”—the one where you can’t tell if your teeth are chattering from the crap road or the drafty window, the chola who took up residence in the aisle three hours ago has fallen asleep with her bowler-hatted head on your thigh, and the bus breaks down in the middle of a frigid Altiplano night.

Fun stories afterwards—not so fun while you’re there.

In many parts of South America’s most “indigenous” nation, the long arm of castellano has yet to reach—or maybe was amputated due to frostbite.

If you’re heading deep into the jungle or off the beaten path on the Altiplano, your halting Spanish isn’t going to be the biggest language barrier you face.

Aymara and Quechua are two native tongues that, along with Spanish, are recognized as official, but there are about 35 others in varying degrees of use. 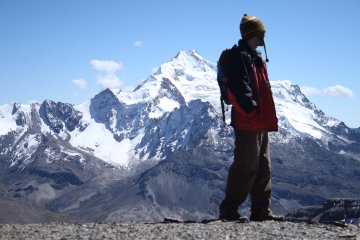 Prepare to get high.

Even if you don’t stop into the cocaine bar.

It’s easy to brush off the potential effects of soroche before you arrive, but it hits the majority of visitors in one way or another.

“Why’s the Internet down?” I asked the director of my volunteer program one day.

“I just called the company,” he replied. “They said a broadband transmission line somewhere in the Amazon blew up.”

The story wasn’t confirmed, and probably never happened. But the fact is, in Bolivia, it could have been true.

There are no McDonald’s. No Starbucks. 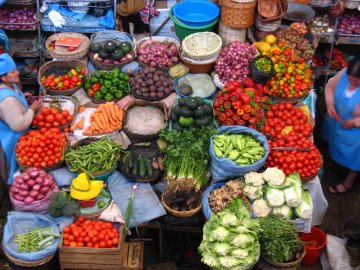 If all of the above has transpired and you’re longing for a taste of home—too bad. There are no golden arches, no green…whatevers, to provide the fix. Maybe a Burger King if you’re lucky.

But hey, suck it up. Run down the street to the market, pick up a handful of paltas to make guacamole, some llama steaks for the grill, and a few liters of Taquiña to wash it down. Come on, it’ll run ya like 30 Bs.

Life is good. You’re in Bolivia.

For more news out of Bolivia, check out these Matador titles:

The Bolivian Referendum: Watershed Moment or Politics as Usual?

Tagged
Expat Life Bolivia
What did you think of this story?
Meh
Good
Awesome

11 places where you will feel absolutely dwarfed by nature

On the culture of the mines in Potosí, Bolivia