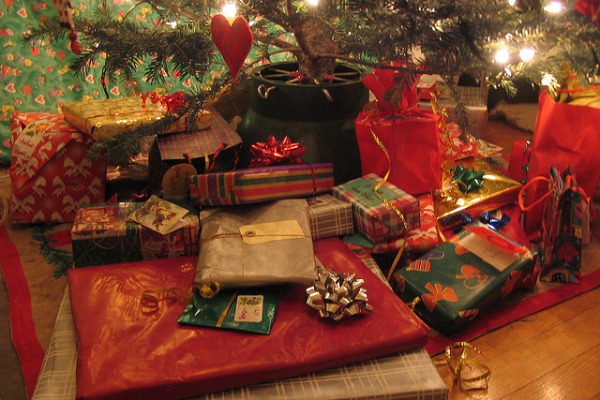 Part of Matador’s Celebrating Holidays Away from Home series.

With a birthday on December 24 and an always awkward time division between my divorced parents’ two homes growing up, my most searing holiday memories involve my mother putting a birthday cake on the counter as she left for a Christmas pageant rehearsal and opening gifts in my father’s car, idling in an empty parking lot on Christmas Eve, to avoid his hateful wife. When my Danish partner Andreas and I moved to Denmark two years ago, we vowed to make up for my lifetime of difficult holidays that almost always ended in tears.

Danes celebrate Christmas on December 24, which ends up working out quite well for me. Despite my angst about separating birthday and holiday festivities, lumping it all together has proven useful. I don’t feel slighted; if anything, I just accept that I’ll get double gifts, all on one day, with an extra day off to recuperate.

My partner, his fraternal twin brother, and I — often along with our chunky tuxedo cat Malcolm — have been heading for northern Jutland around December 22 since I joined the family three years ago, and we’ve now settled into a holiday routine. 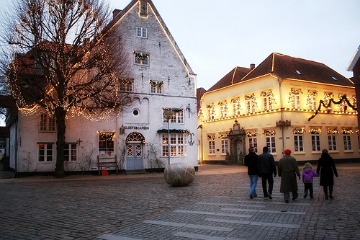 Andreas and I leave for Aalborg from Copenhagen Kastrup airport, and his brother Rasmus flies in from Glasgow around the same time. When we arrive, their father — who we all call far, or dad in Danish — is standing outside the baggage claim area, the only adult clapping his fingers into his palms in a frantic, childlike wave. He hugs us tightly and while asking about our jobs, he drives us home to Sæby in his shiny gray Saab.

Their mor always hears the car crunch over the snow in the driveway and appears at the front door wearing a giant apron, her white hair standing on end, and her bright blue eyes slightly moist, glistening behind the chunky square frames of her glasses at the kids who have all come home together.

When I lazily emerge on the morning of the 24th, a pile of brightly wrapped presents sits next to my breakfast of rolls, cheese, salted butter, homemade cherry jam, and juice. Next to my plate on the dining room table is a foot-tall Danish flag, a national symbol used to mark the celebration of birthdays in a small, prideful nation where personal achievement is closely linked to cultural identity.

We file into the wooden church pew amid classically well-dressed families in black, red, and gray, everyone careful to blend in while looking like a real-life J. Crew catalog spread.

Someone usually manages to find a smaller, paper American flag to stick in my bread basket, just to make sure I feel at home. I usually rip the flag-adorned paper off my gifts before I eat, uncovering several books and usually one expensive bottle of lotion or moisturizer. Lacking another woman in the immediate family until I came along, Mor relishes the opportunity to buy me nice beauty products.

After a big breakfast, our family of five spreads out to do a bit of reading, cooking, and relaxing before we eat lunch and take a walk; we won’t open the rest of the gifts until after dinner. Battling the early sunset around 3 p.m., we light candles on the table and play board games like Anti-Monopoly and Pandemic while Far wanders by to snap a few digital photos of us kids — even if we are all pushing 30.

In the evening, we prepare to go to a short service at the local Lutheran church, a parish of the state-supported Danish National Church. I yank on bright red tights and otherwise wear all black, and Andreas never fails to tell me how nice I look as I hook large Santa earrings through my lobes. Every year as we file out to the car, Mor tells me, “You won’t need a book,” never remembering that I can’t understand a word that’s being said in the service. 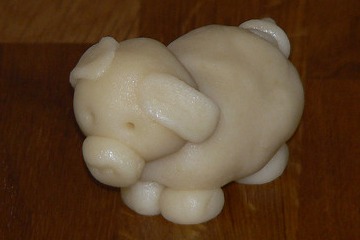 A ten-minute car ride later, we hustle into the church up slippery cobblestone sidewalks and steps to get a seat in the front of the sanctuary. We file into the wooden church pew amid classically well-dressed families in black, red, and gray, everyone careful to blend in while looking like a real-life J. Crew catalog spread. I’ve brought one of my birthday gifts to read, a postmodern Murakami novel. As the service begins, I glance up from my book and note that there are a number of people also zoned out, a few sleeping. I marvel that they can understand what’s going, and chose of their own free will to be there, yet look just as dazed and bored as I feel.

The 600-year-old Sæby kirke looks Catholic with its fresco of devils battling angels and imposing, dark wood lectern because before the Reformation, it was. Sullen young girls filter in wearing long black robes and singing carols; they are all paid a stipend to be in the church choir and it shows in their sagging shoulders, dull eyes, and somewhat uninspired trilling. When asked why church choir isn’t a hobby, my pragmatic father-in-law explained, “Few Danes will work voluntarily when tax money is involved.” The priest wears a dark vestment and a large white paper collar not unlike a clown prop, an aesthetic relic from the 1700s. The service lasts just under thirty minutes, and we file out without speaking to many people, eager to get home to our dinner.

At home, we help Mor carry heavy white casserole dishes from the kitchen and eat copious amounts of food: vegetarian stuffing for me, pickled herring for Far and Rasmus, orange gravy, butter potatoes with thyme, red cabbage and apple salad, and rice porridge with almonds and cherry sauce for dessert. After dinner, someone is charged with building a small pig out of marzipan — usually me, since I happen to adore pigs. Whoever finds a whole almond in their porridge is supposed to eat the entire pig, though this task is always given to Rasmus no matter who finds it. No one else wants to eat a giant block of sugary almond paste in one sitting. 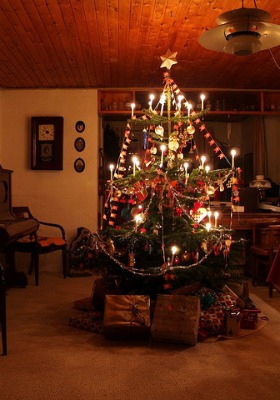 In the living room, the tree is lit with candles. Faded songbooks from another generation are passed out, and we all clasp hands while shuffling in a circle around the evergreen while we sing. I doubt I’ll ever stop being anxious that my hair will catch on fire, and accordingly, I tiptoe a bit more carefully around the tree than everyone else, my eyes darting anxiously between humans and fir tree with an occasional glance at the cat, who is watching us intently from under the couch. During the final carol, based on a tradition that remains mysterious to me, we run through every room in the house, still hand in hand, while we sing one final tune.

After our indoor jog, we collapse in the living room and prepare to open gifts and eat homemade confections. Chocolate-covered orange pieces, ginger, various nuts, and coffee beans are placed around the room in small dishes. I munch on hoarded marzipan treats as Rasmus hands out presents, and moving clockwise, everyone takes turns opening one gift at a time.

December 25 is oddly peaceful and quiet as we all nosh on leftovers, read books or watch DVDs we received as gifts, and Far spends an inordinate amount of time examining the whiskey bottles he received. On December 26, the small extended family gets together, switching who hosts the gathering each year and driving between Sæby and Viborg in western Jutland. Danes are known for their unending dinners; watch Thomas Vinterberg’s Dogme 95 film The Celebration and you’ll begin to understand that sitting at one long table for twelve hours straight with jolly, Schnapps-swilling extended family members is commonplace during Danish holidays. We won’t fly back to Copenhagen for another day or two, but when people finally start packing up around midnight on the 26th, Christmas is officially over.

For ideas on how to make the most of holidays away from home and counter homesickness, check out Anne Merritt’s Tips for Spending Holidays Overseas.

Tagged
Expat Life Narrative Denmark
What did you think of this story?
Meh
Good
Awesome

8 countries to teach ESL you may not have considered
What Nordic countries can teach us about combating seasonal depression
For the perfect day of hiking and Colombian coffee, head to Jardín
I felt safer traveling to Aruba during the pandemic than I have in the United States in months
This tunnel under the Baltic Sea will be the longest immersed tunnel in the world

This map shows hilarious literal translations of places in Denmark

Denmark’s population is aging, but check out their hilariously easy fix