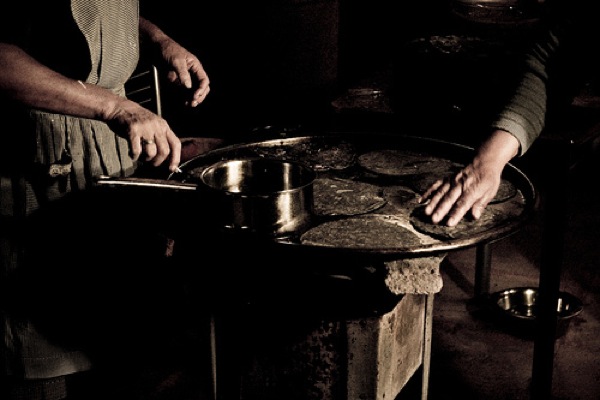 I learned to speak Spanish with middle-aged women and food instead of teachers and books.

My first lesson was in Mexico with Carmen, my first host mother. Carmen watched and supported me through culture shock, food poisoning, and the end of my first relationship.

I went to Guadalajara with almost no knowledge of Spanish. Carmen spoke no English.

By the end of the month I spent with her, I understood almost everything she said.

Carmen seemed to understand that I was young and green and error-prone. She walked me through this initial, naive phase with patience and tolerance that would have a lasting impact.

She made me sandwiches that I never ate, opting instead for cheese quesadillas and chicken enchiladas in posh but affordable restaurants.

Her daughter, Sandy, spoke to me in very correct English and placed cutouts of Spanish verb conjugations in my room. They decorated my walls and I, suffering from information overload, ignored them and read my American books instead. 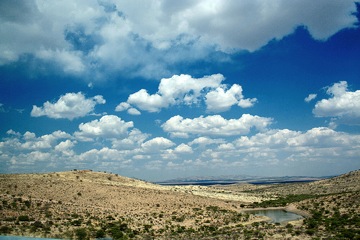 Mexico was frightening to me. I spoke little Spanish and my culture, background, and the news told me that I was in a dangerous country. The air quality was decidedly bad and traffic was terrifying. Once I took the bus too far, missed my stop, and ran until I found a hospital, where a doctor spoke to me in English and called Carmen so she could pick me up.

When we got home, instead of chiding me for being upset, Carmen poured me a glass of Manzana Lift and told me that she, too, often felt overwhelmed in cities she didn’t know.

Little by little, with her help, I gained confidence and began to find my way.

I went to the beach on a weekend trip. On my second day there, my then boyfriend called me and said that he was done being in a relationship, that I was the problem, and that it all needed to end. Two years with my first love, albeit a chaotic and painful two years, were over.

I felt so lonely that instead of taking in the beach, I found a French-Mexican fusion café and wrote. I filled notebooks with loss. When I came home, I explained what had happened. Carmen told me “No te mortifiques, Anne” or don’t torment yourself. She said that I was very young and everything passes.

I don’t understand how I was able to communicate with Carmen. I had no formal Spanish training but from early on I understood what she was saying. We had a bond that transcended linguistic logic.

On my last day in Guadalajara, I rode the bus downtown and watched the rain. I felt the first pangs of regret and nostalgia. Regret that I had to leave Mexico, and nostalgia for a place I was just beginning to understand.

It was almost a year after Mexico that I shared a table with another Carmen, in Valparaíso, Chile. This Carmen was letting me stay with her before I left South America to go back home. She told me stories, mostly. 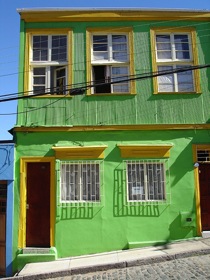 Carmen said that sacks of potatoes and dried meat had filled her childhood home in Concepción. Her father believed that the family should have food in abundance so that they would always be prepared for guests and whatever life should happen to offer.

Among other acts of charity, she rescued street dogs and kept them for periods in her spare room. Since Carmen’s landlord mandated that she only have three dogs, she rotated them on walks and put smaller pups in a plastic bag until she had crossed the street without attracting suspicion.

She was a woman of profound dignity. Carmen lived in the heart of Valparaíso, and told me that she liked to be with “the people”. Her husband had left years before, and she shared her apartment with her young professional daughter. She was endlessly giving but would not tolerate injustice in any form, be it poverty or small acts of tactlessness.

I spent one week with Carmen on a stopover between Argentina and the United States. Most of my friends had already left Chile and so I had very little to do. In between visits to the ocean and cafés, I drank tea and ate meals with Carmen.

Daily rituals extended hours beyond their normal durations as we talked about everything from her divorce to my nebulous future. She encouraged me to be open and to travel everywhere I could so that when I was a teacher I could make an excellent curriculum for my students.

Those afternoons with Carmen perfected my language skills in a way no classroom could. I never formally studied Spanish. My school was living rooms, protests, boat rides, and the street.

I remember the word for ice cream by recalling the vendors who board buses in Chile and shout, “¡¡Helado helado!!”

I know Catholic prayers because I watched as an old man burned coca leaves and repeated blessings on the Day of the Dead in a northern village. To this day, when I feel shame, sadness, or grief I comfort myself with my first real phrase in Spanish – No te mortifiques, Anne – the refrain of Mexican Carmen.

In my suburban high school I was tested so often that to this day I can complete almost any assessment in under half an hour. In college I wrote papers about Marxism and Medieval Literature. And while I rarely recite Chaucer or speak of the dialectic, Spanish is something I use every day and will never forget.

I learned it my way, in the way that was the most meaningful for me. The language holds texture, smells, rhythm, and history, and so it is in my mind and my body. Above all, I owe my fluency to mothers, meals, and living rooms. And especially to two women named Carmen.