I resolve to give up on looking for answers on the internet.

My boyfriend and I want to spend two months in Russia. Ideally we would like to get our visa in Istanbul before we spend a month cycling the Black Sea coast towards Trabzon where we’ll catch an overnight ferry to Sochi, Russia.

This could be easy, complicated, or impossible – depending on what you read on the web.

I wait for emails from visa support agencies and replies through forums and weigh responses against what I hope might be possible.

I spend too long going in circles and decide it’s better to go directly to the consulate.

He’s wearing a black down-filled jacket against the cold, and smoking a cigarette. He is on the inside of the consulate grounds but comes to the gate to speak to me. The black wrought iron bars obstruct our conversation.

Granted he’s not entirely disinterested but he is on his break. It takes some work to get answers to my questions.

I sit in the opposite corner of the small room watching people come in, wait briefly, then hand in their documents and leave. One man is slumped against a high bench set into the wall, his head in his hands. He is still. I wonder if he is crying, if his situation would dwarf mine.

“I am traveling by bicycle,” I start.

“I don’t have the letter of invitation.”

“Yes… I understand I will need a letter of invitation.”

“But it will be possible… with a New Zealand passport? A three month business visa?”

Two application forms are passed through the gates.

It will be okay, I think.

He is standing outside the embassy gates today. Smoking again. He looks slightly bemused as he recognises me among the light morning pedestrian traffic on İstiklâl Caddesi.

“You have the letter of invitation already?”

I assure him, no. I had been advised that a six month business visa would be better and I wanted to check if I could get this with my New Zealand passport.

Today I am less sure of his response.

He has said ‘Maybe’.

A bitterly cold morning. There are at least twenty people milling around outside the consulate. I stand at the back of the one orderly queue. Ten minutes pass.

Another queue member turns to talk to me in Russian and I smile and apologise in Turkish for being unable to understand. Her partner asks if I speak English. I’m in the wrong queue. I need to wait in the scrum on the right of the door.

Everyone is sharing cigarettes. They wear thick coats against the cold.

I watch travel agents pass large wads of cash between them. I see someone tuck a stack of American dollars bigger than a packet of cigarettes into his back pocket.

Occasionally the door opens and one of these travel agents is ushered in. 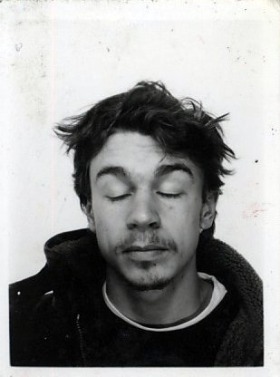 Another person I identify as tourist (tall, ginger hair, satchel hung over one shoulder) joins the crowd. I flash him a smile.

He cuts in front of me. I scowl into the cold and push my hands deeper into my jacket pockets.

A staff member opens the door and speaks in rapid-fire Russian to the orderly queue. He sounds angry to me but in reality I can’t understand a word. I have no idea what he’s saying. The queue disperses.

I wait for almost an hour. The guy who cut in front of me is let in. I replace him in the doorway, both keeping out of the wind-chill and determined to be the next inside.

There are eight plastic waiting room chairs against the walls.

I am sent to the end clerk’s window with our letters of invitation, our passports. The man inside his glass box collects my papers and scans through them. He pulls out a A4 printout of countries and scans for New Zealand. He turns to speak to his colleague who sits in the next booth. I hold my breath as his chair swivels back to me.

“I’m sorry we can’t process this.”

We are not residents in Turkey. They would have to bend the rules for us to get these visas.

I ask if he can do anything to help. He asks me to wait.

I sit in the opposite corner of the small room watching people come in, wait briefly, then hand in their documents and leave. One man is slumped against a high bench set into the wall, his head in his hands. He is still. I wonder if he is crying, if his situation would dwarf mine.

Five minutes before the office is due to close for lunch I am called back to the far window.

I ask if there is anything he can do to further my case. We have the letter. We are unable to return to New Zealand to obtain the visa. We were told we could get the visa here.

He keeps my documents and asks me to return in the afternoon.

“We can’t help.” The clerk passes back the documents, the passports.

I have waited inside the consulate for another hour this afternoon to hear this.

I stay by his window, asking again if there is any other way.

I turn my head toward the guy who had told me it would be okay. The man in question is sitting behind a security desk. He sees I haven’t left the window and joins us.

He tells the clerk that I could get this visa here, but it would take longer, maybe ten days. This is what he had told me. The clerk shakes his head. A tour operator joins the discussion.

It will be impossible to get this visa, they agree. 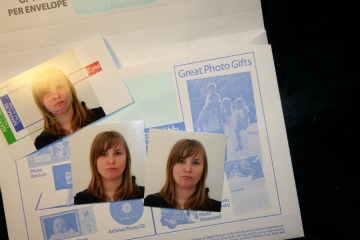 I protest, telling them that this is my only option.

I ask if there is anyone else they can ask, any other way that they can help me. They ask me to wait.

I slump against the clerk’s window. I watch a tour operator being fed a huge bundle of passports through the tiny slit in the glass a few metres away.

I have the visa fee in my pocket. I lean against the wall, pressed against a small radiator. Time drips away.

Another staff member walks into the clerk’s cubicle, a woman. They can’t help me, she explains.

They have been on the phone to Moscow. It is the same if a Russian citizen wanted to get a visa for New Zealand in Turkey.

It is not allowed. They can’t break the rules.

I look at the vast map of Russia on one of the cubicle walls: a huge unknown country. Someone is on the phone talking about changes to registration processes.

I resolve to learn some Russian.

My boyfriend and I agree to never add up what this has cost us.

There are Russian visa stickers in our passports.

Have you ever been in a similar situation while traveling or living abroad?

Tagged
Narrative Russia
What did you think of this story?
Meh
Good
Awesome

39 of the most breathtaking natural wonders in the world
Drink your way across Texas wine country on this Christmas wine train
For the perfect day of hiking and Colombian coffee, head to Jardín
Flying is safer than grocery shopping, according to new Harvard report
30 awesome Japanese idioms we should start using in English

Family stuck on screens? Here’s how to reconnect.

This Istanbul hotel has the world’s first baklava butler