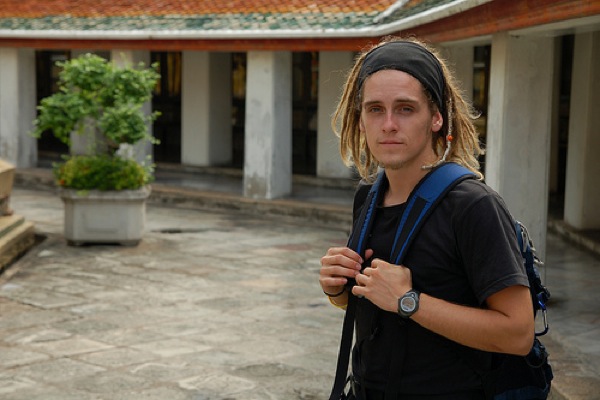 Feature and Above Photo: alex_s

Have you gotten the nod?

The other day on the subway, I saw two suitcase-laden travelers thumbing through a Lonely Planet Turkey. One caught my eye immediately and gave me The Nod. Oh, you know the nod; the silent exchange between two tourists that says “…sooo…traveling, huh?”

As a blue-eyed, large-nosed, pink-skinned white girl, there are few countries in which I could pass for a local. Even here in Turkey, where blue eyes aren’t a total rarity and some blondes are natural. Every day I get called out as a foreigner, and as a result, I’m no stranger to The Nod.

This exchange can vary greatly on the amiability scale. I’ve ranked them below, from most hostile to most friendly. 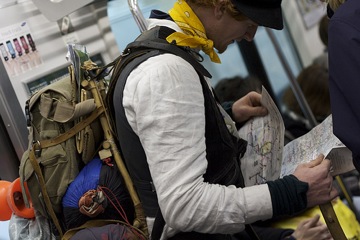 This is when your fellow tourist sees you and looks right through you. Who, me? Their eyes say in that split-second connection. You think I’m like you? Sucker, I blend into this culture like [local uncommon spice] into [local uncommon dish]. Just to prove it, I’m going to tell a joke to this chestnut vendor in the local language. Yeah, just TRY and laugh along, tourist!

A variation to Dead Eyes is outright, unconcealed disappointment. This occurs when a tourist fancies themselves to be a trailblazer off the guidebook path, and hates the thought of another foreigner doing the same. Once, in a tiny alley in Beijing, a backpacker actually groaned in disappointment when she saw me.

It’s like the “shucks, small world!” nod you would give in a coffee shop to someone reading the same novel as you. I once rode a 20-minute subway in Korea, seated across from a white guy who didn’t once speak to me. Instead, he glanced at me throughout the ride with co-conspiratorial gestures and faces. Whoa, look at that guy’s pink jeans! Those schoolgirls giggle loudly, huh? Whoo, this foreign currency is confusing!

It was an oddly nice experience; a shared joke between two strangers. It’s an attitude of unity. “What surprises me surely surprises you too, so let’s get a kick out of it together.” 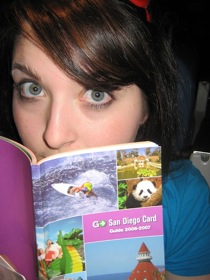 Sometimes you’ll meet the hyper-social, hyper-friendly traveler who is thrilled with the opportunity to relate to someone. Once they spot a fellow foreigner, they’ll sprint across a crowded museum or park to come and chat. About what? About being fellow tourists.

“Where are you from?”

“Are you here on holiday?”

“What have you seen so far?”

…it usually flatlines when you realize there’s little common ground beyond both being foreign. So it ends, awkwardly, around here.

Another form of the foreigner nod occurs in travel when you realize that the people beside you are chatting in English. Aha! Fellow tourists! You glance at one another, exchange some form of The Nod, and then your conversation is finished. Why? Obviously, the other English-speaking party will eavesdrop, and vice-versa. It’s almost impossible to tune out your native language when it’s spoken in a foreign country.

And you, Matadorians? Does this resonate with your experiences abroad? Share your encounters with foreigners below.

What did you think of this article?
Meh
Good
Awesome
Bookmark
Posted In
Humor

10 incredibly stupid questions every bartender has had to answer