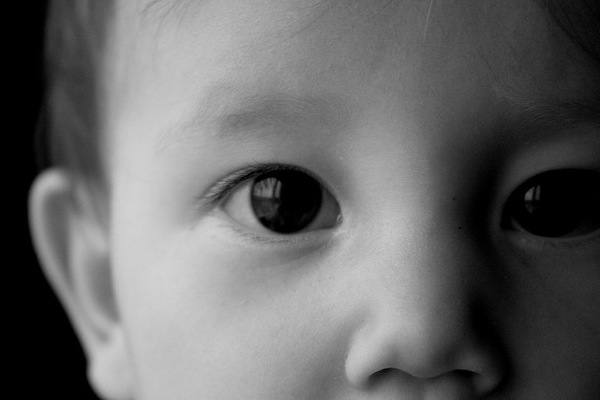 Feature And Above Photo: tanki

I’ve been to three baby showers in my life. I can’t say I enjoyed any of them. The decorations. The games. The gushing over baby gifts. It all strikes me as overblown.

So how did I end up hosting a baby shower in Japan?

I met Yumie a few weeks after my arrival in Okinawa, and she became my first real friend here. She helped me in all aspects of daily life from programming the complicated air-conditioner to introducing the best soba shop. I really valued our friendship. So when she asked me this favor when she was six months pregnant, I wanted to please.

But I quickly realized that Yumie had expectations for this party, and they were mostly derived from Hollywood movies.

To be clear, in Japanese society, there’s no such custom as a baby shower. It’s an imported event.

And while I veered towards a low-key affair, Yumie envisioned a shower of grand proportions.

“I want baby baby baby everywhere!” She said, waving her hands for emphasis.

“I wanna open presents in front of everybody!”

As she rattled off her ideas, I considered the situation.

Living abroad for the past year, I had been trying hard to integrate into Japanese lifestyle and local customs. Then suddenly, I was asked to “stage” an experience with all the trappings from my own American culture. What’s more, that experience was largely defined by exaggerations in media.

Despite Yumie’s enthusiasm, I felt pressure thinking about how to pull it off. I knew from teaching English abroad that delivering a slice of one’s culture often challenges local etiquette and beliefs.

In fact, something as benign as an American baby shower was a strange event on many levels.

First, for many Japanese, it’s not customary to celebrate a new baby until after the birth. There is an underlying cultural belief in not testing fate, and making a production ahead of time might prove unlucky. People are more comfortable waiting a few months after a safe delivery to visit the mother and pay respects.

Next, going to someone’s home for a party according to American tradition is uncommon. Given the small size of houses and subtle rules for social interaction, it’s standard to host events at restaurants. When a guest is invited into a home, it is considered a great honor. But because I was a foreigner and a stranger, Yumie’s friends were reluctant to enter such an intimate environment with me. A few of them expressed discomfort, and we changed the location to her home instead.

Also, American baby showers are characterized by that mandatory “opening presents” time with lots of squealing over booties and tiny outfits. But in Japan, friends usually bestow gifts of money for new babies. When they do give gifts for birthdays or other occasions, they seldom open them in each other’s presence. Many believe that doing so puts the emphasis on the material object, upstaging the person bestowing it.

In all honesty, I was never sure how Yumie sold the baby shower concept to her friends. I wondered if they approached it as a novel, if not slightly wacky event, in the same way that many Japanese are attracted to prison and church themed restaurants in Tokyo.

On baby shower day, Yumie’s friends arrived bearing smiles and gorgeously wrapped boxes. The agenda followed a typical schedule of introductions, games, food, more games, gifts, and then cake. Some aspects of the event were hits and others definite misses.

Surprisingly, one successful feature of the baby shower transcending culture was playing games. In planning, I mostly tried to find tasks that wouldn’t be potentially offensive. (Blindfolding guests and forcing them to eat pureed goo? Thankfully I crossed this one off the list ahead of time)

Of course, initially there was feigned reluctance to join the contest to drink juice the fastest out of a baby bottle. And her friends were shy to guess the circumference of Yumie’s waist. But in the end, they showed true competitive spirit.

Opening presents time was a different story. All that pretty gilded wrapping paper and ribbon was not enough to temper the awkwardness of that interaction. When it came time to gush, guests sat eerily quiet and stiff looking on.

Finally, remember that huge cake with whipped cream frosting specially requested? Well, I certainly was not surprised by the outcome of that.

In all my experiences living abroad, one of the most common differences observed between Americans and other cultures is in the consumption of sweets. Yumie’s guests left the thick slices of sugary cake mostly uneaten on the plates.

Have you ever been asked to replicate an event from your culture while living abroad? How did it go over?

What did you think of this article?
Meh
Good
Awesome
Bookmark
Posted In
Culture Guides