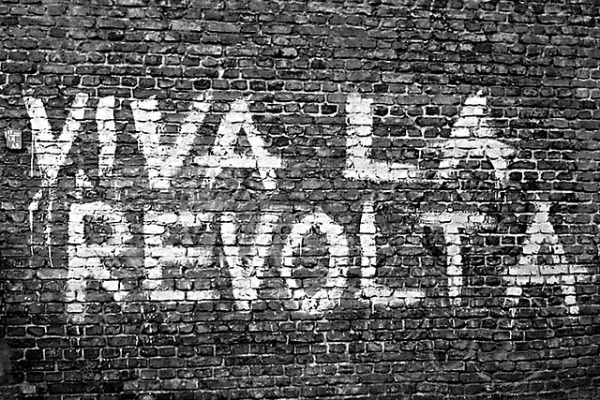 Does living abroad place expats in a political vacuum, or is expatriatism itself a revolutionary act?

Delightfully summed up in a Taiwanese animated news feature, the 2010 Australian elections were a nail-biting throw-down between an atheistic, unmarried woman who had unseated the previous PM through rather unsavoury means and is (gasp!) living in sin, and a rather backward, very Catholic, allegedly misogynistic man best known for coming out of the surf dressed only in what Australians know best as budgie smugglers, and his characteristic smug expression.

There’s a few reasons for this flouting of Australian electoral expectations. I’m not living in the country, and I have no plans to move back in the foreseeable future. Should my opinions on tax, health care, and energy policy really count as much as someone who is affected on a daily basis by federal government decisions? 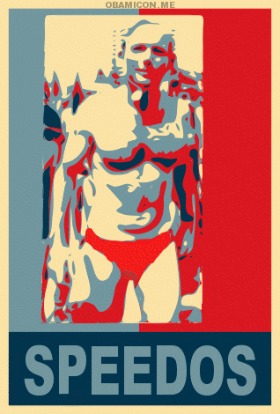 In addition, many of my opinions on said policy areas are uninformed. I left Australia a year ago and have barely glanced at the headlines since. I get my online news fix from UK and US sources, and curl up with the Peruvian papers on a Sunday. My knowledge of goings-on back home is based almost entirely (and this is embarrassing) on Facebook status updates. Although my instincts as a woman, an atheist and a liberal all pointed me toward Julia Gillard (Australia’s now-PM), I was not informed in any meaningful fashion about the policy stances of either candidate. I don’t believe in an uninformed vote.

So I chose not to exercise my voice in my home country, and as the convoluted game of Peruvian politics draws closer to its April 2011 presidential elections, I can’t (and wouldn’t – uniformed vote and all) cast my lot in these ones, either.

Does this leave me in some kind of expat political vacuum? Divorced from the political life of my home country, while unable to contribute my political voice to that of the place where I work, run a business and pay taxes?

Dubai is an extreme example – a weird futuristic playground, a metal oasis in the midst of desert, overwhelming populated by expats who are expected to arrive, earn the big bucks, and toe the line. We’ll let you live tax free, but don’t give us any grief about our politics, sweet?

Labour mobility is a growing reality today. Worldwide, immigrants add up to at least 191 million, a number which has almost doubled in the last fifty years. Immigrants – legal or illegal, economic refugees, aid workers, or wealthy retirees – are an increasingly important segment of many societies.

This increasing porousness of national borders, this slippery concept of home, is forcing political changes above and below. From above, democracies in particular are forced to take a good, hard look at how they think about citizenship. For how long can a state, such as Switzerland, with immigrants making up some 22% of its population, continue calling itself a democracy without making some kind of arrangement for the fifth of its people without an official political voice? Increasing Muslim immigration into Western societies forces a dialogue about the rights and duties of newcomers.

This is all good, and important, but slow-moving and pretty much all still theoretical (except for the EU experiment in pooled sovereignty). But what about those of us who pack up and leave, but without the intention or the ability of eventually fully integrating into our host society? Those who are unprepared to lose home citizenship, or plan to to move on to another new home a few years down the track? 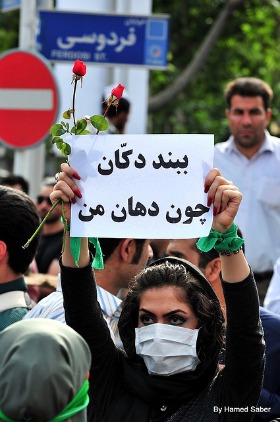 This is the revolution from below – the growth of hacktivism, the increasing importance of grassroots politics, and transnational communities. A revolution stunningly demonstrated by the massive support for #iranelection, or by Chinese nationalist hackers bringing the Melbourne International Film Festival‘s website to its knees over the appearance of Uighur leader Rebiya Kadeer.

New media is opening up almost every corner of the world to outside scrutiny. Cuban bloggers and Iranian tweeps bring the debate to living rooms and smoky bars worldwide. Faceless individuals at computer keyboards from opposite ends of the world come together to fight for the issues they care about and push for political change in countries they may have never set foot in.

This is the new reality of political participation for the expat. Informal politics, engagement with the issues – local or international, home country or host country – that matter to the individual. In a recent interview on my blog, Conner Gorry was surprised I’d even asked about her level of political engagement.

“What a funny question!! Does citizenship equal political voice? Is it a prerequisite? I’m not so sure… In what I write, am I not exercising political voice … ? When I’m interviewed at the anti-homophobia parade or on the right for US citizens to travel to Cuba, isn’t that also chiming in with my political voice? When I write in my blog that “frustration is one of the truly equitable things in Cuba and…anyone who tells you otherwise is apathetic, inattentive, or both” isn’t that also flexing the political vocal cords?”

It’s not just the journalists and the bloggers among the expat community who exercise this power. Our choices in where to live, what to buy, where to work, in what we tell the family back home, how we represent our home country to those around us. The sheer fact that we’ve slipped across international borders to play with this idea of “citizen”.

These are all political choices. The revolution is here.

How can expats exercise political voice? Does moving from your home country represent a political action? Share your opinion in the comments.

For more on the political aspects of moving abroad, check out Simon Black’s recent editorial on Brave New Traveler: How Gen Y is Getting Screwed and What You Can Do About It.