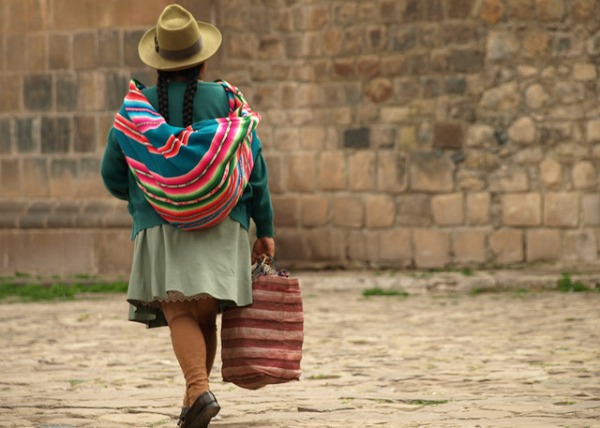 Part of Matador’s How I Learned a Language series.

My first Spanish lessons found me caught between two equally strong but completely contrasting women: Aurora, and Lily. Aurora was my Catalan boss in the hostel I was working at in San Sebastián, Basque Country. She would breeze into the hostel in much the same way a tornado would have, draped in voluminous black folds, gold jewellery clinking at neck, wrists, ears.

I would be caught like a rabbit in the headlights, maybe making beds, possibly scrubbing a toilet. She would speak to me in rapid, Catalan-accented Spanish, and at my look of incomprehension would lean in, slapping me lightly (but not that lightly) on the upper arm, while speaking louder and faster. Frantically staring over Aurora’s shoulder at my coworker Fabio, trying to demonstrate in signs behind her just what it was she wanted me to do, I would stumble through my limited vocabulary until I found something that would make her stop hitting me.

She was, let’s say, a little eccentric. 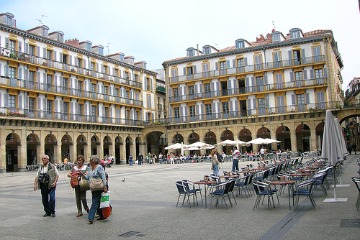 Lily was softer-spoken, gentler. A Chilean immigrant, she had brought her young son to Spain in search of work and a better life for them both. She was a tiny, beautiful woman, with a short crop of dark brown hair. We would clean the hostel together, and she would point to things and tell me their names, never losing the soft smile on her face no matter how many times I asked for words again. She would maintain a steady stream of slow, clear Spanish, and praise every tiny breakthrough like I’d just let slip the secret of life. The first time I met her son I was struck by their similarity – a slight boy, with gracious manners and a gentle smile.

Despite the efforts of these two formidable women, I left San Sebastián after three months with only a basic command of Spanish. The hostel was always full of English speakers, and, struggling with my first foreign language, I couldn’t quite wrap my head around how it worked or how to learn it. I would potter along with my textbook, listen endlessly to conversations I didn’t understand, and stumble through my daily chats with Lily.

It was just as I was leaving, really, that I had my eureka moment. We’d entered the slow season; I was falling more and more into a Spanish-speaking crowd of friends, and I suddenly understood the structure of the language and knew that I knew how to learn it. It was a strange feeling, but exhilarating – the first vital step.

But by then I was on my way home to Australia. I spent a year there, listening almost exclusively to Spanish music, feasting on Spanish cinema, working my way through a beginners’ Spanish textbook when time allowed. I clung to the small fraction of the language I had managed to acquire, knowing that I would progress only very slowly on my own, without the time or cash to take classes. 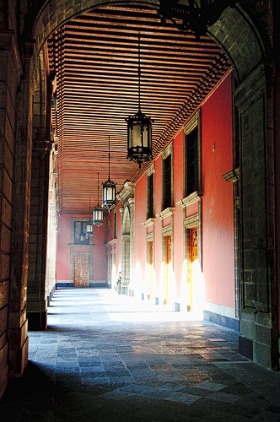 A year later, I was in Mexico City. Swine flu drove ticket prices down and my friend Sara was there. I forbid myself English books and crawled at snails’ pace through the Grimm Brothers in Spanish instead. Sara’s Basque boyfriend was visiting as well, and between us and her flatmates we spoke a fairly even mix of English and Spanish over tequila and micheladas.

Then I headed down to Guatemala to spend two weeks in Xela. I had five hours a day in one-on-one classes with my language tutor, Mario. We talked cinema and traded movies. Tall, long-haired, cute, Mario had me in stitches even when putting me through an exhaustive review of the verb tenses I kind of knew but didn’t really. I rebelliously spoke English in most of my time off, trading gossip with fellow students.

A few months later I arrived in Cusco, found a job, and took up Spanish classes once again, for a month this time. My return to Australia was postponed, postponed again, then cancelled. I fell in with another formidable woman, Kathy, an escapee from Lima who’d arrived in Cusco around the same time I had. She taught me Creole songs and how to make ceviche; hanging out with her crowd, I picked up the barrio limeño street slang I’m so proud of.

By then I was signing contracts, arguing with workmen, dating a Peruvian boyfriend, and luxuriating in Latin American literature. It began to feel unnatural to speak in English on the phone to my mother or to the occasional tourist I chatted with on the street. I started back at university by distance learning and suffered a brief whirl of confusion. I was forced to skip back and forth between the two languages. I spoke Spanish to my mother, and snapped at my boyfriend Gabriel in English.

And now here I am. It’s been ten months in Cusco, almost to the day. Two years and some months since I arrived in San Sebastián, stumbling over holas. I meet with my lawyer, trade jokes in bars, and accompany hostel guests to the bank as translator. I’m comfortable, and I feel sexy speaking Spanish. It’s been quite a journey, this first affair with a foreign language. I can’t wait to start all over again with the next one.

30 awesome Japanese idioms we should start using in English
Valencia has some of the richest architecture in Spain. Here’s how to see it.
The most popular last name in every country in the world, and what they mean
Rajasthan’s epic camel festival is two days of fur-cutting, dancing, and races
The new US Olympic & Paralympic Museum honors athleticism, accessibility, and big dreams