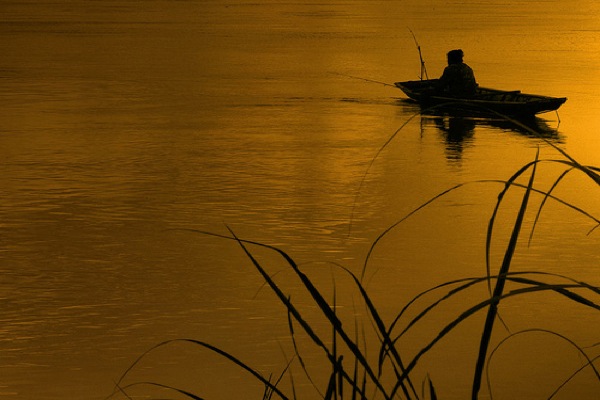 Feature and Above Photo: visbeek

How do you recreate a famous dish in your own kitchen? With a Hanes sock, of course.

I’M SURE THERE ARE many excellent dishes on offer at Arun Restaurant. In fact, I have been told as much by fellow diners. But I have eyes (and taste buds) for only one thing on the menu: the fried tofu with tamarind, chile and basil.

I had the good fortune of ordering the dish the first time I dined at Arun, and for almost a year now, I have been incapable of trying anything else. It’s that good—tangy and flavorful, it unlocks some window of pleasure in my brain of which I was previously unaware. 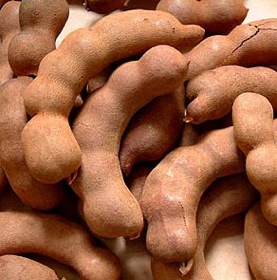 I eventually began to have fantasies of recreating the tofu in my own kitchen. In pursuing this goal, I had the enormous advantage of having Oeurn Pav, one of the cooks from Arun, allow me to watch her make the dish one afternoon. “Only the tofu? It is so easy!” Pav had said, boosting my confidence. Then again, she’s been cooking at Arun for twenty years, and when I later studied my scribbled recipe notes at home, there were some definite gaps.

First and foremost, there was the enigma of the tamarind. Pav had already had an enormous jar of thick reddish-brown paste ready to go, but when I asked her how she made it, the details were a little sketchy.

I searched high and low at Psar Chaa to find the right kind of tamarind, and I finally located it near the herbs at one of the vegetable stands—a peeled sticky mass that resembled a petrified human heart and cost 500 riel. 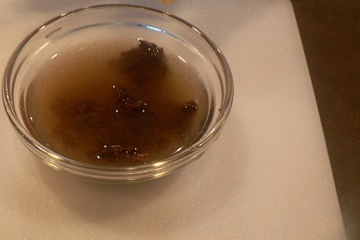 In accordance with Pav’s instructions, I cooked it in water until it became a bubbling concoction thick with seeds and pulp, but then I needed to strain it and I hadn’t been able to find the kind of netting that Pav uses for the task.

My sous-chef Jason and I experimented with a plastic bag with holes punched in it, but it burst almost immediately. Then he hit upon the idea of using a gray Hanes sock as an improvised cheesecloth, loading tamarind guts into the toe and squeezing until it extruded a smooth paste. It worked, though it gave our kitchen the gruesome look of a medical experiment gone awry, at the center of which was a sodden sock and a bowl of something that looked like canned gravy.

I had no way of properly deep-frying the tofu, but pan-frying produced tofu triangles of a perfect golden-brown that were (dare I say it?) almost prettier than the ones at Arun. From there it was a matter of throwing ingredients like oyster sauce and heaps of basil together in a wok, though this too was a little hazy at times. For instance, there had been an unidentified white powder that Pheak, the restaurant owner’s young daughter, had described as “seasoning.”

“Like seasoning,” Pheak had said, looking at me with pity. I decided to go with salt. Also, despite the name of the dish, I witnessed no chiles used during Pav’s preparation. To compensate, I seasoned the oil with a little chile-marinated garlic, the excellent result of a previous culinary adventure embarked upon by my sous-chef.

Heaping it over rice, I decided that the experiment had been a wild success. My efforts had produced a dish that was nearly identical to my favorite order at Arun, with the added satisfaction of it somehow tasting…well, like me. Plus, there is enough tamarind paste left in the refrigerator for another batch, which I anticipate being far less work-intensive than the first.

As for those readers with less culinary joie de vivre or no socks to spare, you can let Pav do all the work for you for a mere $2.20. But you would miss the satisfaction of unlocking the mysteries of the tamarind.

This article was originally published in the Phnom Penh Post.

You can find Arun and try its signature dish in Siem Reap, Cambodia. If you ‘re not in Southeast Asia but want to live vicariously through the foodies who are, check out these five incredible Asian food blogs. If you love travel and cooking, take a look at essential cookbooks for the culinary traveler.

Tagged
Travel Cambodia
What did you think of this story?
Meh
Good
Awesome

Cambodia is asking tourists for a $3,000 coronavirus deposit upon arrival

Traveling to Cambodia? Here are 5 ways your trip may be doing more harm than good

In Siem Reap you get hit up by begging kids all the time. Here’s how I dealt with it