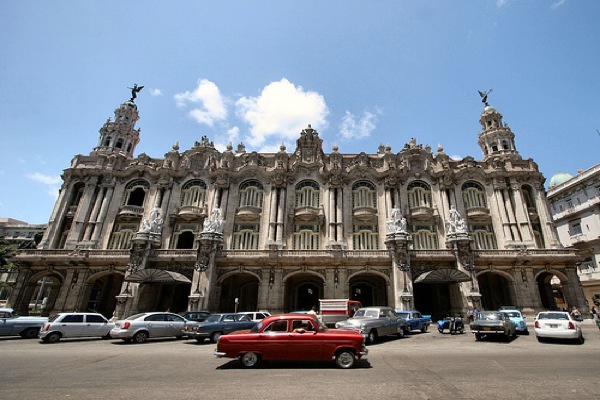 An American expat in Havana examines the process of adjusting and readjusting to life in Cuba, and confronting that old, persistent question of just what home means.

If you’ve even a passing acquaintance with Cuba or Cubans, you’ll have heard ‘no es fácil.’ This applies to all life’s details and acts, causes and effects. In a nutshell, ‘no es fácil’ means that it’s not all mojitos and sexy mulattos over here in Havana.

After eight years in residence, I can tell you that things can get tough. We’re talking a mercurial and dispiriting kind of tough. When a good day is the one where I’ve remembered to flush the toilet before my toothbrush falls in (the average Cuban toilet – including mine – has no seat or lid) and a bad one runs the gamut from a termite-infested mattress to an unexpected visit from the housing police. Over the course of my life, I’ve been called a “tough cookie” with considerable frequency, but I’m not sure I was wholly prepared for the existential challenges living in Cuba would, in the end, represent.

One great veldt of this existentially tough terrain relates to home (which I’ve come to understand as an overly simple word for a terribly slippery concept). Even if you don’t live in a culture not your own, you’ve likely struggled with this 4-letter, 9-point Scrabble word – at one time or another had to face where home is…or isn’t.

“Where are you from?” travelers ask.

“Hey fren! Where you from?” Cubans shout on a daily basis.

For the exile – whether self-imposed or not – the home question is anything but simple.

I’m from NY, sure. Born and bred. But I can’t give you the scoop on the new Yankees stadium or describe the plan they’ve finally hammered out for the World Trade Center. They have hammered something out, haven’t they? But I can tell you who’s leading the Liga Nacional (Go Gallos!) and about the new hotel going up on the Malecón (killer location, belied by its odd mod design). 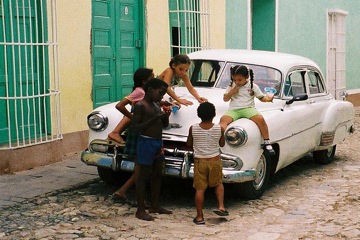 Still – as I’m reminded on a regular basis – I’m clearly not from here, although I do feel just like a real Cuban when a guy sells me two pounds of tomatoes for the price of three. Especially authentic is weighing the sack of veggies at the station for this purpose and reclaiming my five pesos from the crooked tomato peddler.

I’m not breaking new ground here with this ‘home-not-home’ stuff. This is a communal itch scratched in innumerable ways among exiles and ex-pats the world over. Just peruse the nearly 500,000 Google results for the song lyrics ‘no soy de aquí, ni soy de allá’ to see what I mean. It’s an old story this one of ‘I’m not from here, I’m not from there.’ Meanwhile, Yucatán expats cook up chili contests, Super Bowl parties are hosted in Panajachel, and 4th of July barbecues are all the rage in Hong Kong.

Here in Havana, things are different. First off, there are far fewer expats here than in other Caribbean countries and Latin American capitals. You can imagine a host of reasons why this is I’m sure, but above all, Cuban immigration laws are strict – that is to say, they don’t make it easy to live here from the get go. So that naturally delimits the expat community.

There are also all the Cuba-specific political-economic mechanics at work. Foreigners can’t own private businesses for example, so there are none of the stereotypical (insert nationality here) sports bars/sidewalk cafés/burger joints acting like a foreign resident magnet you find in other countries.

Finally, people drawn to Cuba are a diverse group. The primal attraction is usually philosophical in nature, though more often than not a love/lust interest also figures in. Political exile (or straight up on-the-lam type exile) compels some to live in Cuba as well, as does just wanting to take it easy on a safe, sunny isle.

But as those determined or loca enough to try and live here know, it becomes all too clear, all too fast, that taking up residence in Cuba is anything but an exercise in taking it easy.

When I arrived in the spring of 2002, a Cuban American who should know said to me: ‘So you’re a New Yorker. I’m convinced that only New Yorkers can survive in Havana.’ I took him to mean that only those well-versed in the struggle of the über-urban and all the noise, garbage, hard times, neuroses, potential, and energy that implies have a shot of making it here. And he’s right.

But although Manhattan and Havana have a lot in common, there are important distinctions: the former is a mosaic of all the world’s cultures, where respecting individual space and anonymity is the golden rule, while the latter is decidedly homogeneous, filled with Habaneros who get all up in your business, uninvited. 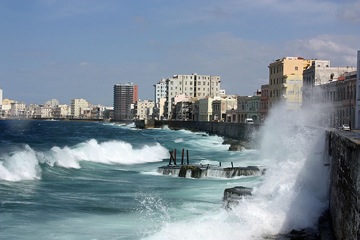 It’s a little like high school in that way. For someone like me (i.e. obviously foreign), this means I have men of all ages and colors, school kids and their moms, insecure teens, bent old ladies – anyone and everyone really – staring, pointing, commenting, stopping me on the street to chat me up, and breaking once again into my private space with the ubiquitous ‘my fren! Where you from?’ In short, Cubans are persistently and relentlessly underscoring my “other” status.

You can imagine how the New Yorker in me reacts each time someone sets these sorts of sights on me, which (sorry to say) is pretty much daily. After years of this, I’ve realized I’m much better suited to being a small fish in a big pond than any sort of fish in a small pond.

Sometimes it gets so absurdly awkward and I feel so uncomfortable it’s like I’ve been possessed by Larry David. Maybe slightly less annoying and asshole-ish, but artless and a little bit awful all the same. Like, who do you kiss when you walk into a crowded room? Everyone? Even the people you don’t know? which is SOP for Cubans from everywhere but Havana.

But I’m not Cuban, nor from the sticks (where people are generally friendlier, let’s face it), and this can get complicated. What to do if there are foreigners present – most of whom aren’t used to being touched, much less kissed by strangers? How about nasty ex-lovers? Do you bestow upon them this congenial howdy-do as well? And worse, what to do when someone greets you with a kiss that leaves a slick of saliva on your cheek?

This happens more than anyone acknowledges and I know several people with this lamentable trait. Wiping it off while they’re standing there making nice hardly seems appropriate. But I know from experience that letting that saliva sit to dry is entirely discomfiting.

But sticky saliva and other such cultural conundrums aren’t unique to Cuba – every country has them – and when things get really bad, I set to thinking about those western women living in Liberia or Syria and the tremendous daily challenges they must face. Surely my burden pales next to theirs.

Still, in the end, I think anyone considering a life in a culture not their own, existing between one home and another, has to be ready for bouts of isolation and loneliness no matter how incomparable and exciting the experience may otherwise promise to be.

Welcome to my world.

Tagged
Expat Life Havana, Cuba
What did you think of this story?
Meh
Good
Awesome

Major Lazer just rocked Cuba. You have to see this to believe

Raul Castro to Obama: Thanks, Barack. Now end the sanctions

A conversation with OMNI: The underground voice of Cuba

How to spend 16 hours in Havana, Cuba

What’s going on in this Cuban church?