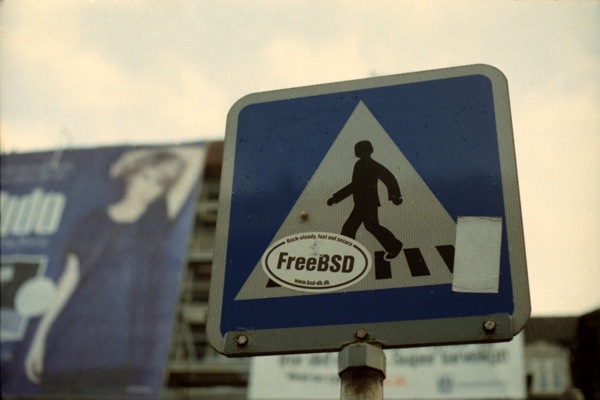 Never a morning person, I tend to have a pretty rough time — especially on the weekends — when my alarm goes off at 7am. Malcolm, my cat, who demands breakfast early, is thrilled, but as I pull on a dirty pair of jeans and sneakers with holes near the toes perfect for walking dogs downtown, I can barely consider my own sustenance.

I grab a muffin, a handful of vitamins, and a bottle of water to stick in my small messenger bag and pat myself down several times to be sure I’ve brought the necessities: klippekort train pass, Dankort credit/debit card, keys.

Driving in Denmark requires a Danish license — not to mention a car that is usually triple the price it would be in the U.S., plus “green taxes” that quadruple the total values — so there’s a reason many commuters ride the Metro, S-tog, and regional trains.

I live a four minute walk from the nearest S-tog station, or about one minute on my bike. If I’m feeling strong or know I’ll want to save time by biking in town later on, I take my wheels. I unhook them from the bike rack behind my house — even in the safest suburb, my partner has had his bike stolen from in front of out building, the thick chain cut and left as evidence — so I always park behind our flat now.

Ordrup station, on the C line of the S-tog, is almost always quiet. As I bike down Schioldannsvej to catch the train, I’m hit in the face with the scent of lilacs as I pass large houses surrounded by woven twig fences and enormous shrubs. Two dogs live on the left side, one black retriever and one scruffy white mutt. When I’m walking, I often stop to pet them both.

In the summertime, I diligently watch the sidewalks and streets for snails and killer slugs, an invasive species that take over all walking paths and yards for a few months every summer; though I hate them, I can’t bear to kill them.

I wait at one end of the platform since the cargo cars are typically attached at the front and back. When the C train bound for either Ballerup or Frederikssund arrives I have about a minute to scramble to find the cargo train car and push my bike’s back wheel between the tire rack holders. Early in the morning, I’m often alone and sit right next to my bike as I listen to my iPod.

Riding inbound in the mornings and sitting alone in the train is perhaps one of my favorite experiences as a solitary introvert expat, because in public, Danes rarely communicate unless absolutely necessary. While I’ve had my share of bizarre transit encounters — a woman asking me to stop tapping my foot and looking insulted when I told her to move to the quiet car, of which every train has at least one — a smile tends to go a long way, as does moving out of the way of the notoriously large baby buggies and passing a few coins to the men selling the homeless newspaper.

“Mange tak,” they always say. Many thanks. “Det var så lidt,” I reply and smile even wider. Literally, I am saying, “It was just a little thing,” or, no problem. The occasional morning drunk wanders through with a giant Carlsberg can twice the size of his hand, but he keeps to himself as he slumps into one of the plush blue bench seats. I’ve learned to avert my eyes, no longer bewildered to see anyone inebriated so early in the day.

We pass through some beautiful suburbs on our way in: the embassy houses bearing brilliant flags and wealthy expat homes with impeccably manicured lawns behind stone walls in Hellerup provoke a mixture of distempered envy and wistfulness. On summer Sundays, the bustling Charlottenlund flea market is the first sight on the trip, filled with bins of children’s plastic toys gleaming in the sunlight, dresses on hangers attached to the chain-link fences blowing in the wind; coming back even a few hours later, the previously bustling gravel parking lot is spookily deserted.

Further in, I marvel at the elaborate bubble letters and scrawling graffiti tags in the Svanemøllen train yards and on the sides of Østerport station. When we go underground, I know it’s time to stand up, shake my bike loose of its rack, and move aggressively towards the door, which will soon be packed full of people trying to get in and our, as quickly as possible, no matter the actual crowd or time of day. Exiting the train can be a total headache with people pushing for no reason, and I’m generally glad my bike keeps at least a few people out of my way.

My destination, Nørreport station, is the convergence of all three train types. When I don’t have the strength to carry my bike up two flights of stairs, I steer it down to the far end of the platform and take the elevator to the ground level. I battle with other cyclists and mothers for space in the tiny elevator that invariably reeks of spilled beer — two bikes, one pram, if we’re lucky to squeeze it all in at once — and once I reach ground level, I walk my bike across the cobblestones, past the vegetable and flower vendors and the mobile polser hotdog cart.

Disobeying a few rules, I jump onto my bike in the middle of the crosswalk and take off around the sleepy pedestrians, only using my giant child’s bike horn to scare off people who step into the bike lane without cause or warning. The other cyclists out so early look so put together, the women unusually beautiful with hair on top of their heads and big baggy layers of dark colors over sleek tights and leggings, but I power on my jeans and flannel.

From my quiet suburb of Ordrup to the already bustling streets of Nørrebro, it takes exactly 18 minutes to meet my dog walking clients if I’ve brought my bike. And even if it will take me a slow 40 minutes to ride my two wheels all the way home again, if the fickle northern weather cooperates, I just might take advantage of the sunshine.

Tagged
Expat Life Copenhagen, Denmark
What did you think of this story?
Meh
Good
Awesome

The front lines of the Copenhagen gourmet burger wars