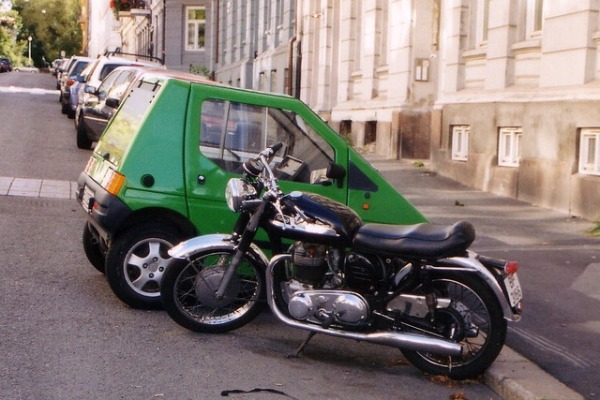 The Drammen – Oslo route is one of the most frequented commuter runs in the country. I’ve taken that train for three years now, and I’m still amazed at how many new faces I spot every day. Or maybe I’m just not paying attention.

Others are instantly recognizable. The three women across the aisle always sit together, knitting and chatting. Behind them, the guy in the blue all-weather jacket digs out a newspaper and his breakfast: two pieces of hard-crusted bread with brown goat cheese, wrapped in aluminum foil – the same every morning. Slowly, deliberately, he digests his sandwiches along with the news.

The boy across from me in the four-seater immediately disappears into the world of his headphones, soon snoring lightly. Next to me, a suit-clad man sneezes. For a second, I consider saying prosit (bless you), but I don’t really want to start a conversation.

Paying closer attention, I hear incessant coughing and sneezing on the train this morning. I probably have to thank the changeable Nordic autumn weather for that. Yesterday was beautiful, sunny, crisp and cold. Today, it’s warm and wet; classic cold-producing weather. 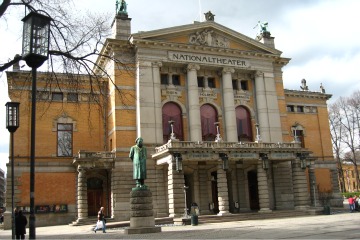 In Norway, we like our space. Nothing brings out the introvert in us more than the forced intimacy of a full morning train. Mobile phones, books, Kindles and laptops are hoisted out of backpacks. Some work, play or dream, others just want to avoid interaction with others. I’m scribbling notes for this piece. The train ride is a very effective time of day; I can get loads done in those 40 minutes.

Soon I’m on pins and needles. I turn toward the window and try to inch away from my sneezing seat-mate as inconspicuously as I can, hoping he’ll get off at Sandvika, the next stop. I just don’t have time for a cold now. My immune defenses are a bit on the low side as well, as I stupidly sat up until 2 a.m., watching a rerun of Fargo for the umpteenth time. I’m fascinated by those characters, their actions, their accents, that whole portrayal of Scandinavian America.

Unfortunately, Sneezy remains by my side all the way to the National Theatre train station. Outside, people hasten along Karl Johan, Oslo’s main street, in the rain. Sensibly, most wear colourful rubber boots from Danish designer Ilse Jacobsen – pretty and practical. I’m actually wearing Ilse Jacobsen as well. Only, it’s the pretty and not-so-practical espadrilles. After about one minute, I discover they aren’t the least bit water proof.

For some self-comfort, I stop by my habitual cafe and get a delicious, high-calorie pain-au-chocolate along with my coffee. I decide to eat in today, rather than take the goodies to go. It’s 7 a.m.; the cafe has only just opened, but people are already queuing to get their morning fix.

The large window affords excellent people-watching. Across the street, next to the metro exit, a beggar sets up his “office” for the day. It’s Tom Erik – in his regular spot. I’ve seen him many times, spoken to him occasionally. From a plastic bag, he produces a little seat cushion, a torn paper cup to collect the day’s earnings, a mobile phone, a newspaper and … I crane my neck – it looks like a small potted plant, an African Violet. He quickly leafs through the paper before making a call. I wonder who he’s talking to. 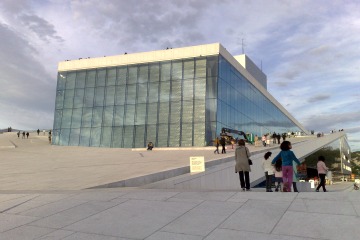 Hearing a new cluster of people emerging from the hole in the ground, he puts away his phone and paper, ready to begin working. Most people walk past him, oblivious. Nothing can disrupt their brisk trot to the office. Others offer a 20 krone coin, a smile and a god morgen, always cheerfully returned. Some stop and chat.

Before leaving the café, I buy a latte and a scone and bring it over. I hardly ever carry cash and he knows it. “I’ve been wondering whether I should get a Visa-machine,” he jokes.

The number of beggars in Oslo has increased the last few years, partly as a result of the abolishment of the Vagrancy Act in 2006. I’m forever ambivalent about giving money to the beggars. Often, as today, I end up buying them a cup of coffee instead, though I realize this can be perceived as a bit overbearing. “Many thanks,” he says. If he’s disappointed, he doesn’t show it. I’m curious how much he makes on an average day, but reluctant to ask.

Arriving at my office, determined to dissuade any persistent bacteria that might have settled in, I search through the cupboards for some Vitamin C. Then, to satisfy my curiosity, I google Oslo’s beggars.

For more about Olso, check out Anne-Sophie’s Green Guide to Oslo on Matador Change.

Tagged
Expat Life Oslo, Norway
What did you think of this story?
Meh
Good
Awesome

The 10 best digital nomad visas from around the world
For solo female travelers, camping alone can be unexpectedly freeing
Volunteering on national public lands is easy and very gratifying. Here’s how to do it.
The Hunt for Beyondland: The Great American Family Road Trip
Everything you need to know about smog in Beijing

10 emotional stages you pass through when you visit Oslo

What NOT to do in Norway