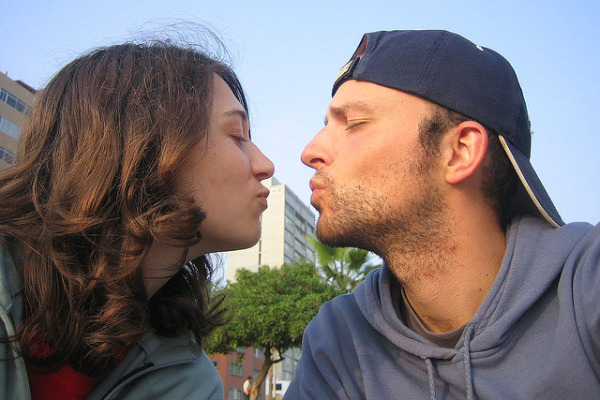 Mixed culture couples may face some negative assumptions in Peru.

I wasn’t going to cry. Instead I took a long sip of too-sweet Pisco and lemonade and leant back against the cold kitchen counter-top. He appeared not to notice the jagged edges of my smile as I nodded and thanked him for telling me.

He led the way out of the kitchen and back in to the party next door. I topped up my drink, and followed.

It hit close to the bone, I suppose, because it was something I’d thought might be true, once or twice. The jokes about bricheros had started way back in my Spanish classes, sitting about in the patio laughing and warning the new students about charming Peruvian men and women sweeping them off their feet while emptying their wallets.

In a more serious moment my teacher had described the procession of female students that had fallen head over heels, passing through her classroom detailing passionate love affairs in halting Spanish, only to be left bereft when the local heartbreaker tired of them and moved on to the next gringa.

My boyfriend Gabriel and I always joked that he was Cusco’s least successful brichero as I stretched the last of my vacation budget with S/.25 (US$9) a night shifts at a bar. Yet, at least at the beginning, a small part of me that wondered. And even when I was sure, when the trusting side of me won, I felt just as sure I knew what people were thinking.

Brichero and gringa, hand in hand in the Plaza de Armas, her smiling from ear to ear, blissfully adrift in Latino love, him cheerfully enjoying the small luxuries of a life paid for in crisp dollars.

But with our friends, our familia cusqueña, with its almost-brothers, extended cousins, drop-by unannounced, perpetually forgiving closeness, I always felt at home and unjudged in that group. So when Jose led me, riding high on a wave of Pisco and cheer during Gabriel’s birthday, into the kitchen to talk in private, what he told me left me cold. 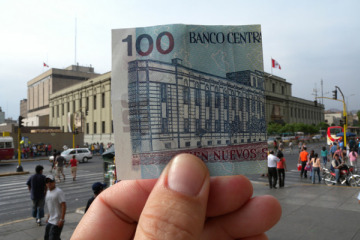 “Everybody thinks that. I mean obviously not us,” us being the core of the group, “we’re your friends, but everybody else, they all talk about it. That you’re the silly gringa, that the boys are taking advantage of you with the hostel.”

I was silent, the counter-top a cold line across my back. He went on to tell me just who thought that my male business partners and my boyfriend were systematically draining me of the endless fund of money I presumably, as a Westerner, had.

Many of them were in my living room, drinking my vodka and dropping ashes on my floor.

I’ve been utterly disarmed at times by the generosity and openness of the people in South America. But as in Thailand, in Morocco, in Guatemala, I’m also keenly aware of my status as an outsider, a tourist from a rich country, somebody who gleefully spends in a day what could sustain a local family for many. Guilty myself of fighting to wait on tables of Americans (good tippers!) with other waitresses back home in Australia, I find it difficult to blame them. But that night in the kitchen, I felt jolted out of my own skin.

Earlier that week, I was in the office working while our security guard Javier distracted me with idle chatter. My passport was sitting on the desk and caught his eye. He asked if he could flick through it; I nodded, distracted by a stack of invoices to be recorded and filed. He paused at my stamp for Colombia, horrified.

I’d been to Colombia? More to the point, my father and brother had allowed me to go to Colombia?

I searched for diplomatic Spanish, reminding myself that he means well, is concerned for my safety. I found myself letting out a disgustingly girlish giggle, protesting ineffectually that really it’s quite safe these days and the people were lovely. I attempted to explain that my parents had in fact said very little, that as far as they were concerned I was more capable more capable than my brother. His expression didn’t change; my protests faded into silence.

He exclaimed again as he reached the visa for Cambodia, and once again I was no longer myself, I was White Western Woman in Peru.

Gabriel’s birthday, before the kitchen, when I still wore an unforced smile.

Maria arrives with friends, quite early in the night (by Peruvian standards at least). Introductions are made, and another round of the endless cheek-kissing that characterises any South American social encounter. She sits across the table, looks over at me and Jenny, two gringas sitting in a circle of Peruvian boys.

“So, whose girlfriends are you?”

And in the kitchen, with Jose, that’s who I was. Token gringa girlfriend, perhaps slightly stupid, certainly incapable of looking after herself, and her money. Swept off her feet by the irresistible Latino man, to be pitied, perhaps, not to be known.

What did you think of this article?
Meh
Good
Awesome
Bookmark
Posted In
Expat Life
Destinations
Cusco, Peru

Cusco is for Seekers

The inexperienced hiker’s guide to the Inca Trail

A day in the life of an expat in Cusco, Peru

Tea cultures around the world