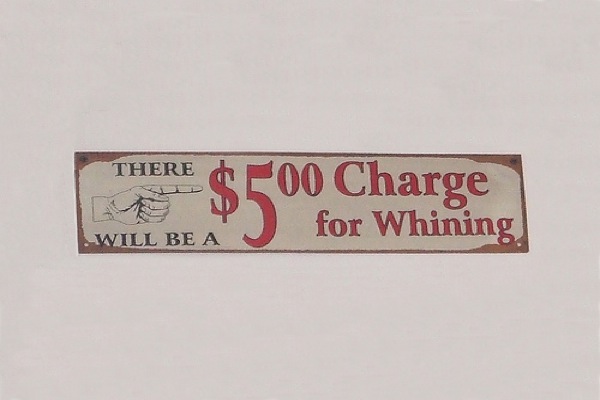 It seems that the longer expats stick around the developing countries they choose as a second home, the more irritated they get.

Things are a little different in Mexico than in, say, the U.S or Europe. Here, the gas truck blares its jingle out of a gigantic static-y loudspeaker every morning; here, the term “ahorita” (right now) refers to an occasion 3-6 hours down the road (or maybe mañana).

It may seem pathetically obvious that yes, when one lives in Mexico, things—like time and noise and customer service—are a little different. But believe me, the longer the expat is away from home, the more shocking and abrasive this concept is. It’s a travel paradox.

You see, a pattern I’ve noticed with expats – and I’m referring here to expats who’ve chosen to settle in developing countries – is that the longer they actually live overseas, the more the differences get to them, until expats start referring to the locals with a condescending “they” as if they were an alien race that had somehow invaded the streets of the quaint, pretty little Mexican town or the upscale Beijing neighborhood where these expats had previously lived in much deserved tranquility.

I am terrified of becoming one of these they-sayers. It is a very easy trap to fall into. I think the longer expats stick around a place like Mexico, the more a sense of entitlement starts to creep over them (ok, fine, I’m including myself in the “them”) and the more they start to feel indignant if they’re not greeted with a smile and served their coffee within the allotted corporate three minute time slot.

This is scary for the following reasons:

A) because it reeks of imperialism

B) because it makes expats into hypocritical assholes

Why do many expats move to developing countries? I think for many, the answer is one of the following:

b) I want something more “real”: all sorts of problematic ideologies behind this but hey, I can identify with it. Some sort of relationship with people that feels more natural than, “And would you like a blueberry nut bar with that, sir?”

e) Life where I’m from is boring, is a given, is simply too routine, and/or I don’t fit in

Great. So a second home abroad gives one or all of these experiences to expats, and also – many times – gives them an incredibly reduced cost of living and the freedom, in my case, to live as a starving artist without quite starving and with the ability to even afford a whole liter (!) jug of Corona from time to time. Cool.

So why all the bitching? And why does it increase the longer one is away from home, when one should supposedly, be increasingly tolerant of cultural differences?

I remember a fellow teacher at the language school where I taught in Oaxaca going on a rampage about a BranFruit bar. BranFruit bars, for your information, are nasty, mangy little turds of granola bars cemented together with neon-colored “jam.” They are mass-produced by Bimbo, your friendly neighborhood junk food corporation. Why in the world it occurred to this girl that BranFruits would be a healthy local breakfast, I don’t know. Is Mexico known for specializing in fibrous granola bars? No.

But these are the kinds of things that, after awhile, get to expats. She was ranting and raving about how unhealthy the food was here and how they couldn’t even make a frickin’ granola bar right. And the thing was, I sympathized with her. I was irritated because people walk veerrrrrrryyyy slowly and I walk with the rapid, every-second-of-my-day-is-filled-with-purpose stride of the Busy American. I’d zoomed around who knows how many meandering grandmas and school kids on my way to work (after leaving home, as usual, with exactly 16 minutes for a 30 minute walk.)

So I could identify with the BranFruit rage. But at the same time identify it as disturbing. This is my Number One Fear as an expat: the creeping sense of entitlement, the outrage, the sense of being offended by the very same things—cultural differences—that caused me to come here in the first place.

Of course, I should insert a disclaimer here saying that some things, of course, merit complaining—serious racial or sexual discrimination, being harmed or mugged, being manipulated or taken advantage of… But I think the average expat has the intellectual capacity to distinguish between basic cultural differences and these other, more individual or wider societal issues.

So what is an expat like myself, worried about falling prey to the expat conundrum, to do? Remember why I came in the first place—because I can spend Saturday afternoons playing Scrabble in old railway stations surrounded by palm trees, because I like the way “ay, cabron!!” can have ten different meanings, because people are honest and funny and straightforward and because really, there is nothing better than a sizzling clay pot of chilaquiles after a long night on the town.

Is travel really just consumption, anyway? Add your thoughts at Travel Torture: Personal Implications of Cultural Consumption. Are you an expat with animosity towards tourists? Take a look at Tourists, Expats, and That Fragile Sense of Belonging. Seasoned expat? Do you know the six characters you’ll meet at every expat bar?