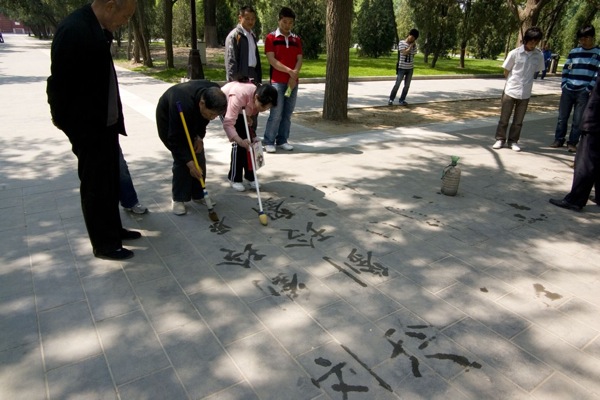 Every morning in Beijing we were missing something.

Without fail. We’d do a halfhearted doomed search around the kitchen and then there’d be the inevitable battle over whose turn it was to venture out into the frigid hazy morning and try to scrounge up the Chinese vocabulary to get whatever we were lacking.

“No, you go! You’re the one that mowed down all the cookies yesterday.”

I always lost. Basically because Jorge and his photographer’s attention to detail make a better cup of coffee. 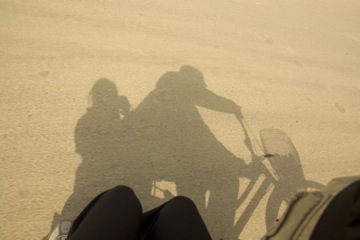 So I piled on sweater and jacket and scarf and hat and coat and fumbled around for the keys and clunked down the freezing concrete coal-dust covered stairs out into the Chinese morning. Most of the time it was gray — a vague, yellowish gray — and cold.

Making that venture out into the street in China felt nothing like stepping outside anywhere else. Rather, it felt like tentatively emerging from one’s warm wireless-equipped spacecraft onto an alien planet. No matter how many mornings I left the house on some dumb errand it felt equally, strangely the same.

Now, those brief morning walks have become one of those defining rituals that have etched themselves into my brain to be forever associated with China, and the street scene in the morning will still be what pops to mind in 5, 10, 20 years when I think about the surreal year I spent in Beijing.

Moving around so often, I’ve found that what I take with me are symbols that have formed semi-consciously in my mind. The literary term is metonymy—using a small part to represent the whole. This is what ends up happening to me when I leave a place; my mind and my memory resort to metonymy, attaching to certain symbols which come to represent the whole.

The men playing chess under massive trees by the beach in La Réunion symbolize the island and my seven months there. The light afternoon clouds and the salsa blaring out of tiny bars symbolize Oaxaca, and taxi rides past brightly colored boxes of houses and piles of oranges and pineapples will always symbolize Mexico. The morning walk symbolizes Beijing. 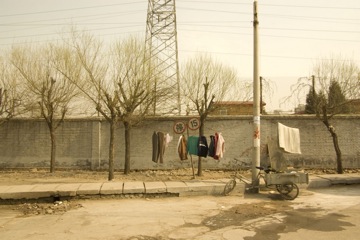 These things aren’t necessarily central to my life in any of these places, but the symbol factory seems to operate on a different level; searching for symbols based on the same subtle, deeply personal criteria that attract one to a particular smell or type of light or smile for reasons she can’t quite grasp.

Thinking of Beijing now, I remember the half-drowsy feeling of turning onto the street and heading to the Muslim cart for sesame bread or the Dia for eggs or the bakery for donuts and cookies.

There are ridiculous amounts of people in the streets even at 7 and 8 a.m. Bicycles are passing and taxis are skirting around them at speeds that make me cringe. Old couples shuffle with bags full of vegetables. A garage of gray brick spills heaps of colorful garbage into the street and stray dogs roam around eating it. People spit. Girls in knee-high boots (if I never see another pair of knee-high boots in my life it won’t be long enough) giggle and link arms and eat puffy steamed dumplings on their way to class. General chaos ensues in it’s calm, inscrutable Chinese form.

And then I climb the stairs (coal-black and prison-esque) again, stamping my feet every few steps to keep the stairwell lights on, and I open the door and the apartment suddenly feels like a warm haven of love and familiarity.

Maybe I remember the morning walk for that reason—for the fact that it made our provisional, “what’s that smell coming from the drain?!?” home feel like home. For the fact that it formed, ever so briefly, a part of who I was and what I saw and did and thought for a certain period of time, in a certain place.