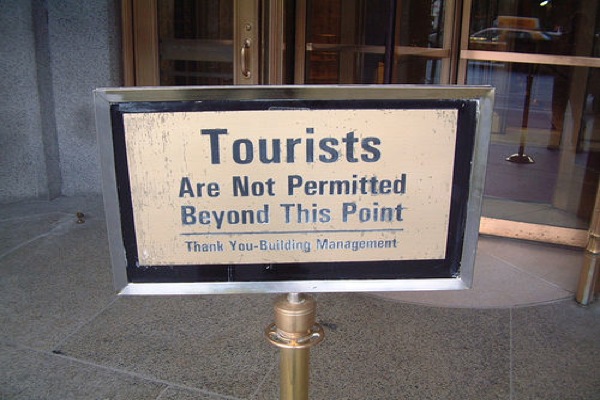 Why do expats so often show disdain for tourists?

Living abroad is the act of cultivating a sense of superiority to “the tourists.”

Travelers (who often consider themselves the cultured half of the supposed traveler/tourist dichotomy) try to pull off this superiority to tourists as well, but at the end of the day they have to admit that they have no idea what the price of tomatoes per kilo is or how to pronounce zempoalxochitl.

It’s those who are quasi-local, who have plants, cook and have managed the general grid layout of the town, who really perfect their scorn for tourists. 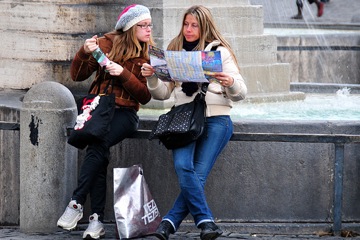 Ah, but the reality is, folks, that at some point in time even the most seasoned expat was standing on some street corner looking dumbly in each direction and being silently condemned by Those Who Got There Earlier. Yet expats seem particularly quick to throw together a hierarchy, and they defend it like dogs defending the pack order.

So what’s the purpose of all this if, at the end of the day, the study abroad student, the artist with his eco-hacienda, and the group of straw-hatted retired folks who’ve been here for twenty years are all foreigners?

I think it has something to do with a sense of vulnerability inherent to the experience of living in another country, in another culture. For as much as you may dress in huipiles and explain the subtle differences between mezcales, you’re still an outsider. Even the huarache-wearing down-with-the-people revolutionary living in the barrios outside of town is, at the end of the day, foreign. 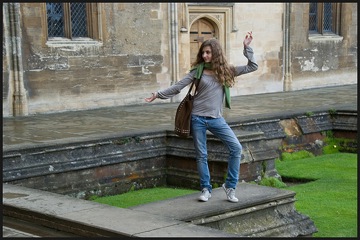 And while, in my experience, Mexico’s got nothing on Asia as far as making foreigners feel foreign is concerned, there are still walls—economic, social, cultural. And occasionally, foreigners bristle at the presence of those walls.

Hence, the vulnerability—who knows when that occasion will come, just when you feel that you’re in the intimate little cave of culture, huddled round the campfire with everybody else, when suddenly BOOM a wall goes up and you realize that nope, you’re actually outside looking in.

I don’t want to give the impression here that expats can never truly belong to or be part of a local culture. No, not at all. But belonging is a precarious and fluctuating state of being, not a constant.

And an even bigger wall, expats are quick to point out, between them and the big dude in the San Diego T-shirt drinking Negra Modelo out of a can in front of Santo Domingo at 3 p.m. and shouting “Honey! Take me a picture!” 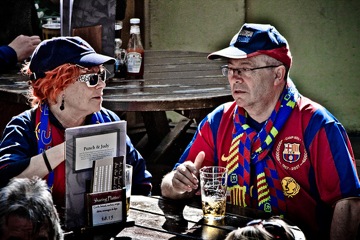 All those tourists are reminders, sometimes subtle, sometimes painful, of the essential expat vulnerability.

I’m waxing on about this because yesterday was one of those days when that vulnerability came on sudden and unexpected.

I can’t describe exactly where the feeling comes from, but suddenly it’s there—standing in the weighted silence of a library room with a bunch of school girls giggling and whispering behind their hands, the librarian staring out of the corner of her eye, people shuffling past and casting a sideways glance…and the vulnerability becomes palpable, like a shift in the air.

It’s hard to shake once it’s there, and it throws off one’s sense of balance. The urge is to mentally shout, but no, I live here! Really! I speak Spanish! I’m not….dum da dum dum…a tourist!

But really, isn’t this vulnerability and this outsiderness part of what makes us go abroad in the first place? To see everything, the most minute details, with freshness, with exhilaration?

I ran into a group of tourists later that day on the andador in the center of town, and stood behind them as they took photos of Santo Domingo. For the first time in awhile, I stepped back and craned my neck to admire the cathedral. It was huge and imposing, glowing with late afternoon light, set against one of those impeccably blue Oaxacan skies. How could it have been so long since I’d looked at it?