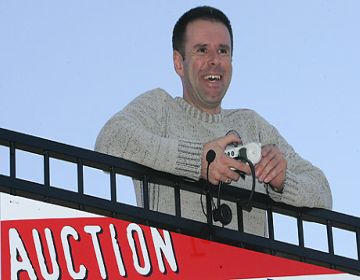 Some of you probably heard about the guy in Australia who was selling his entire life – house, furniture, car, friends – on eBay.

Along with the Russian girl selling her virginity in Germany, things didn’t go quite as originally planned. The bidders all dropped like flies once the person with the $400,000 winning bid couldn’t make it happen.

Nevertheless, the guy behind ALife4Sale, Ian Usher, is now cruising around the world in order to complete 100 goals in 100 weeks. These goals range from the life-selling-scheme, to nude sky-diving, to watching a baby being born.

He also includes some charity work, such as trying to raise $50,000 for bowel cancer research. Check out the full list here.

Of his decision to “sell his life” and take on the world, Usher says:

I have had goals and dreams for as long as I can remember, but like everyone else, I have found that living often gets in the way, and goals get put aside for too long! It’s time to start ticking off some goals. It’s time to challenge myself!

I have to admit, I was pretty impressed with some of his out-there endeavors, such as spending the night in a haunted house alone and driving a car off a jetty and escaping it as it sinks (ok, that probably would not make my list). He plans to see the Northern Lights, and just about every cool place you can think of in the world.

And he wants to secure a book deal. Ah, yes of course. 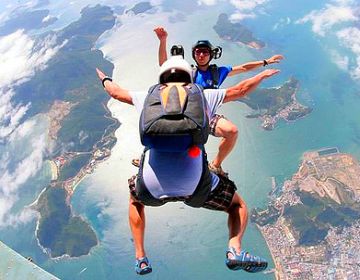 There also is the little tidbit about how the idea to sell his life came from his wife leaving him, which he has since written about in detail.

Readers were able to get the first part of the story on his in-depth website, but had to pay AUS$2.95 to find out how the story ended.

He’s also wrangled out quite a few sponsors, and Disney has optioned a movie deal about the eBay life-selling fiasco.

Don’t get me wrong, I understand that to take on 100 adventures all over the world, it can’t be just about making money. Adventure travel has to be in his heart to even have the energy.

But I wonder if we are getting to the point where every move we make is for sale, including our own suffering. Some could say he has turned heartbreak into something positive, but others might say he has exploited himself and his ex-wife in order to make himself famous and rich.

Do you think Usher is a spirited adventurer, or simply a smart businessman? Share your thoughts below.

What isn’t for sale in society today? Check out Asanas For Sale: The Privatization Of Yoga for a look at the yoga trademarking trend, and Nature For Sale: The Growing Trend Of Wilderness Consumption, which questions the commodification of nature.

Things will not be back to normal by summer