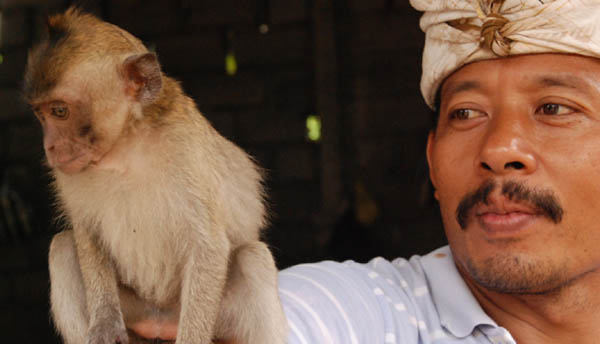 Healing our relationship to wild animals may hold keys to reversing the environmental crisis as well as helping us rediscover our own natural state of health.

Last month, I wrote two articles on inviting us to think about including animal culture – and not just human culture – as part of our explorations as we travel through the world.

Healing our relationship to wild animals may hold keys to reversing the environmental crisis as well as helping us rediscover our own natural state of health.

Now, I wish to share an experience that introduced me to a new way of thinking about humans and animals, and changed my life. Afterwards, I will share twelve principles, distilled from my experiments, that I invite you to try yourself.

There are at least two reasons for you to take my invitation seriously. Firstly, it may assist you in developing a more healthy relationship with nature, which is so crucial given the serious environmental crisis we are living with.

Secondly, while most humans desire to move towards more balance, we often cannot tell if we are actually moving towards balance or away from it. Eastern medicine teaches that in a state of imbalance an individual’s tendency is to move towards greater states of imbalance, while believing what they’re doing is the healthiest.

If collectively we are in such a state of imbalance, we need to be extra mindful to ensure we move in the right direction. Wild animals can serve as reliable “tuning forks” to help us calibrate our nervous systems towards states of natural balance.

The experience that forever changed my relationship to the animal kingdom was in 2002, after a retreat focused on “peace within myself”. I went into retreat because of my first experience of war. 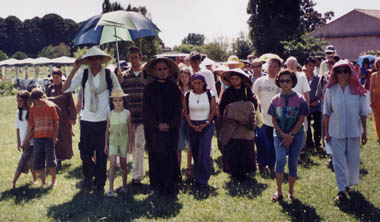 Shortly after I left the retreat, I had an experience with an animal that I never imagined possible.

Having grown up in war-free Toronto, my ideas about war were not rooted in any direct experience. I thought that the roots of war were just emotions and attitudes. But living in Jerusalem during the second Intifada (Palestinian Uprising) in a field of great violence, I sensed there was something else at the root of war that was not being addressed – something physiological. Something subtle shifted in my body as a result of living in a field of extreme violence, and I began to wonder about the role of the nervous system in cycles of war and violence.

I decided to take a leave of absence from Jerusalem and immerse myself in a peaceful zone. I chose the eco-village Findhorn in northern Scotland. The main inspiration for my retreat was a program that I co-founded called “Peace Begins With Myself” in July 2001.

This program brought Israelis and Palestinians to Vietnamese Zen Master Thich Nhat Hanh’s Plum Village Meditation Center in France. It was rooted in the Buddhist perspective on peace – that peace in the world begins with each of us working on peace within ourselves. Peace exists in every detail of life, even how we walk, sit and eat.

In addition to various practices that I learned in Plum Village, I spent a lot of time in the woods around Findhorn. I had the sense that tuning into nature held a key to rediscovering an embodied peace.

I constantly wondered: if this state of being was my central focus, would I experience the world differently?

After two months in that bubble, I left Findhorn to meet a friend in the Austrian countryside. During a walk near a forest, experimenting with that embodied state of peace, a young male deer emerged from a distance of about one hundred and fifty meters. 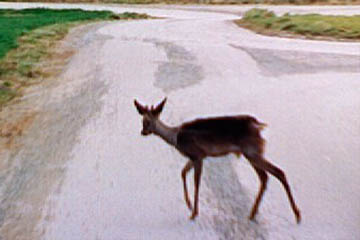 Something in my body and mind urged me to become very still and calm. I did all the things listed in the twelve steps below – it was not a rational decision, but rather it came from listening to my intuition and my body.

I calmed my thoughts, breathing and muscles, made the most gentle of movements and never initiated direct eye contact with the deer. The deer walked closer and closer, until it came right up to me. I was almost shocked, but I continued to calm myself on all levels.

With the curiosity of a young child, the deer slowly came closer and closer, until it reached me. It sniffed the sleeve of my jacket and proceeded to lick me.

It took a couple steps away and I began to walk. It followed closely behind, sometimes letting a larger distance separate us, but then would run back to my side, like a dog without a leash.

This continued for about thirty minutes and then it retreated into the forest.

I took photos as the deer walked away. Otherwise, I would probably still wonder today, if it was but a dream.

Since then I have had more experiences with wild animals that have absolutely surprised me. I deconstructed the experiences and extracted the following twelve principles, or steps, so that others may reevaluate their relationship with wild animals. These steps are meant as guidelines, but the process is organic, not linear.

In the process of refining these principles, I consulted with three international experts in human-animal relations (Tara Lumpkin, Marta Williams, and Wynter Worsthorne).

I am grateful for their time and feedback.

Twelve Steps Towards Healing Your Relationship With Wild Animals

(Please exercise caution: this is not for use with dangerous animals)

1. Your emotions, thoughts and intentions

Connect to a feeling of love, as you would as you approach someone dear to you. Keep sensing that you are energetically communicating love to the animal. Focus your mind on the phrase “I am safe for you.” Repeatedly think this phrase towards the animal.

Focus on the following intention:

“I believe we have scared and hurt you, causing great damage to our relationship. My intention is for you to know that I will not hurt you, that I care about you, that I am safe, and maybe in a tiny little dose I can contribute to healing our relationship. I have no expectation whatsoever to get anything from you. Just to be a caring human being who, for at least a few moments, has a presence that is not a threat to you.”

Notice the sensation of your breathing in and out. Allow your breath to get deeper, slower, steadier and calmer. 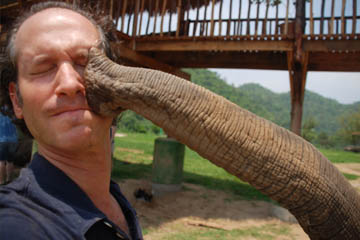 Allow it to slow down.

Let your awareness scan your body from head to toe. Gently release every place where you notice tension, especially around your eyes and mouth.

While sensing your body as a whole and your breath, let the movements of your arms, legs or head be slow, steady and fluid. Move without altering speed or tension. If you have ever done or seen Zen walking meditation, you will have a good example.

Keep your vision relaxed. Allow your eyes not to fixate on anything as you look ahead. Keep the range of your visual awareness as wide as possible.

Release all tension around the mouth and keep it loose.

Simultaneously do all steps 1-8 (thoughts, breathing, heart rate, relaxed muscles, body sensing, slow movement, soft eyes, relaxed jaw) as you move as slowly as possible towards the animal. At some point you will likely sense to not move closer, but rather to let the animal move towards you. Do not make direct eye contact, but rather allow the eye contact to be via peripheral vision.

Spend some time close to the animal – it may be a few feet, or a few inches away. Allow it to feel safe and stay steady with steps 1 – 8. Pay attention to subtle sensations, images and thoughts without censoring. Some animals may initiate contact with you, if you feel safe enough.

Keep focused on the possibility that this isn’t some crazy new-age esoteric practice. As you do these exercises, think to yourself,

Be patient. If, indeed, this is a lost capacity, then modern humans as a whole lost it long ago. Realize that it might take some time for you to rehabilitate your animal communication instincts.

The goal: try these techniques and report back here. Share your experiences in the comments!