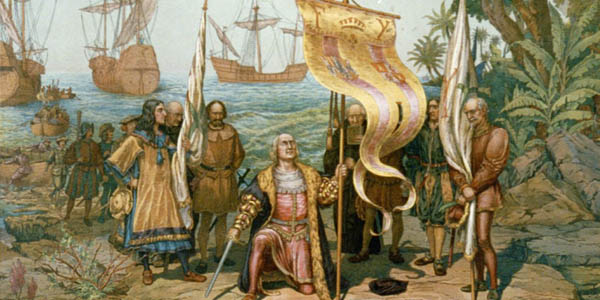 Illustration: Columbus landing in the New World, before proceeding to pillage. He is NOT one of our explorers.

History is filled with tyrants and bloodshed, all in the name of discovering new lands. Here are the few that kept it honourable.

The age of exploration has a reputation as a brutal and bloody part of our history. For the most part, this reputation is largely deserved.

But there were explorers that did not use violence to fuel their expeditions. Here are 5 explorers, along with their inspiring stories. 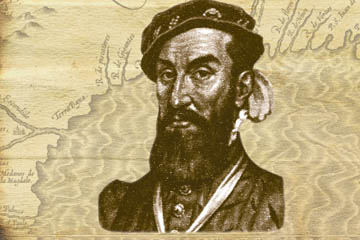 In 1528, 300 men landed in Florida. Over the next eight years, all were lost except Cabeza de Vaca and two others. They wandered thousands of miles across North America. Sometimes they starved. They were repeatedly taken prisoner by locals.

Cabeza de Vaca developed a great sympathy for the Native Americans he met along his journey. He traded between different tribes and claimed to be a healer. Along the way, he gained a large following that traveled with him.

Eventually, after reaching Mexico, Cabeza de Vaca found other Spaniards. By then, he was so changed that it was difficult for his countrymen to believe that he was Spanish. He was sent home – reaching Europe in 1537.

Later, he was made a governor and sent to South America to re-establish Buenos Aires after it had failed. His lack of success and his unusual sympathy for the natives fueled his enemies. He was arrested and sent back to Spain to be tried.

He was eventually cleared, but by that time his travels were over. 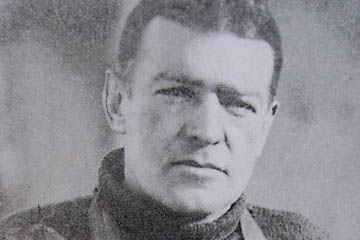 In 1909, Shackleton led an expedition that set the record for reaching the most southern latitude. This beat Robert Scott’s expedition several years earlier, of which Shackleton had been a member.

A couple years later, another explorer reached the pole. So, to reclaim his title, Shackleton decided to cross the entire continent, passing over the pole.

During his attempt, his ship was caught in the ice. He and his crew stayed with the ship. They hoped that it would eventually be released, but had to abandon it when the ice crushed the vessel. After a series of dangerous journeys by lifeboat, the crew was rescued with only three lives lost. Shackleton later published the adventure under the title South: The Endurance Expedition.

Shackleton once said, “Difficulties are just things to overcome, after all.” 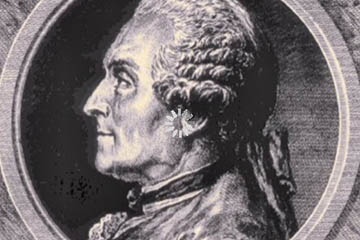 After seven years in the mountains of Peru and Ecuador, trying to measure a single degree of latitude, this French physicist explored the entire length of the Amazon basin.

Others had been to the Amazon region, but Condamine’s was the first scientific exploration. Condamine rafted the Amazon river from the Andes mountains to its mouth. He collected and investigated plants he found along the way that were unknown to European science.

After a 10 years journey, he returned to France a famous man. 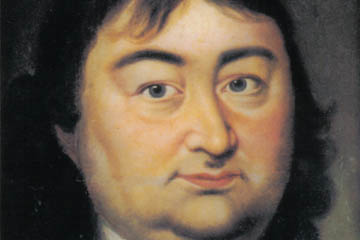 Ordered in 1724 by Peter the Great to determine if North America was attached to Asia, Bering voyaged in the north Pacific and explored the furthest reaches of Russia.

He started by leading an expedition overland across Siberia. After hauling 72 tons of supplies (including cannon and anchors) across the continent, the expedition members built their ships on the coast. They explored the eastern edge of Asia, and reached the strait separating the two continents. However, Bering did not venture further; thus, he didn’t explore America. He returned to St. Petersburg in 1730.

He was later sent out again – this time to find America. After several years exploring Siberia, Bering’s expedition finished building new ships and set sail. The ships became separated in a storm. Bering’s ship sailed past Kodiak Island, and later became shipwrecked on another island (it was later named for him), where he died.

His remains were identified in 1991 by a team of archaeologists. 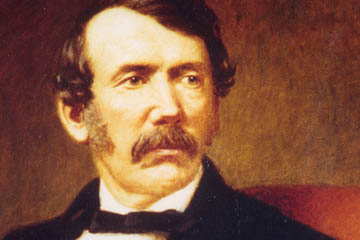 At one time, Livingstone was Britain’s most famous African explorer. He spent decades wandering the continent, finding as many rivers, lakes, and mountains as he could.

His explorations were peaceful, but he did defend himself against hostile attack on at least one occasion. He was also critical of the Portuguese slave trading that he saw, even though this put him out of favor with the British royal family.

Livingstone also sought the source of the Nile. He disappeared into Africa and was not heard from for several years – until a New York newspaper hired Henry Morton Stanley to find him.

Stanley was successful, supposedly saying “Dr. Livingstone, I presume?” at their first meeting. Livingstone and Stanley spent some time together before Stanley went back home and Livingstone continued his search.

Livingstone died, having failed in his search for the Nile’s source. His heart was buried in Africa and his body in Westminster Abbey.

He once said, “I determined never to stop until I had come to the end and achieved my purpose.”

Any explorers we missed? Share your picks in the comments!

Who are some other travelers whose peaceful yet aspirational journeys you admire? Check out Ten Travels (and their Tales) that Made History, and then let us know your favorites!