View all travel news
Top Destinations
Top CitiesView All Destinations
Trending Regions
Trending Cities
Load More
Think the guy in the sky going on a six day creation-binge or evolving from monkeys are a bit far-fetched? You ain’t seen nothing yet.

MOST OF US KNOW of two creation myths, or ideas if you will.

In fact, the Big Bang theory and Intelligent Design have been hotly debated in the comments just this week in the BNT article Bizarre Christian Billboard Compares Atheism To Murder?

I thought it best to take it to the next level and break out some of the other, even more “unique” creation myths (yes, there are many more than two) so that the fighting, ahem, gentle discussion of the issue could continue.

So gather around children. Here, in no particular order, are six other ideas of how we all made onto this vast expanse we call Earth (well, some of us call it that anyway). 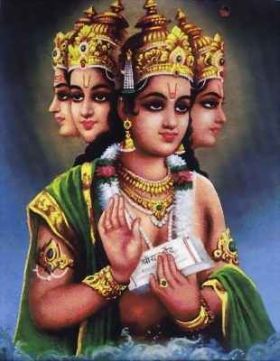 The other Hindu Creator, Brahma

Rig Veda, the earliest Vedic text, says it all begin with a big, ole’ monster. Or just a “gigantic being.” Purusha was his name, and he possessed a thousand heads, eyes and feet and enveloped the Earth.

The Gods decided it was time to etgay idray ofway Urushapay, so they sacrificed him. What was left? Clarified butter, but of course.

But this buttah did more than simply be finger licking good; it created the birds and animals. All those crazy body parts became the world’s elements, along with the Hindu Gods Agni, Vayu, and Indra.

Priests, warriors, the “regular” peeps, and servants, i.e. the caste system, also came from his body (so he was classist, I take it?)

Then they decided to go and change the story and make it about Brahma, the creator, Vishnu, the preserver, and Shiva, the destroyer. Vishnu sleeps; Brahma appears in a lotus sprouting from his navel. Once done sprouting, Brahma creates the universe, but only for one of his days…which is 4.32 billion of our years.

Then Shiva’s gotta come in and do her thing, destroying the universe, all so that the universe can begin again. (I think we’re only a bit into a new cycle, so we’re all good.) 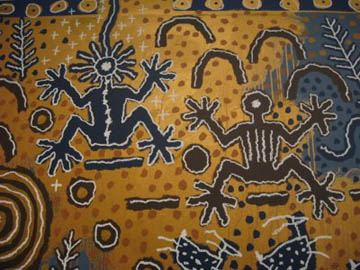 Not sure if you can get trippier than the Makiritare myth. It begins with: “The woman and the man dreamed that God was dreaming them.”

The rest involves God singing and shaking his maracas, smoking some tobacco, being happy, but trembling with doubt. The woman and the man, on the other hand, dream that a huge, shining egg appears in God’s dream (still following?), one in which they are singing and dancing and basically causing a ruckus (hey, they were ready to be born, already).

Chinese Creation Myth: Yet Another Egg? 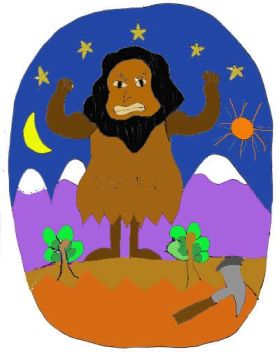 Heaven and Earth were together at the beginning of time, according to this myth. They were hanging out in a cloud that was, you guessed it, egg shaped.

But chaos was the name of the game for the universe at that time, and a giant named Pan Gu grew in the middle of it. Only took him 18,000 years of sleeping and developing in the egg until one day, he awoke and stretched. Boom, there went the egg.

The lighter egg goo, or elements if you want a nicer word, became the sky and heaven, and the heavier, yolkey- stuff became Earth. Pan Gu was a bit tense that the two might combine again, so he decided to do his part and hold the heavens on his head and the Earth underneath his feet.

Then he continued to grow for a whole other 18,000 years, until finally he felt satisfied when the two were a good 30,000 miles apart. Soon after, he died.

From his death, the Earth was bequeathed some new stuff – his arms and legs became the directions NSEW and the mountains; his blood the rivers; his sweat, the rain and dew. His voice was now thunder, and his minty-free breath, the wind. All elements of land and water came from his body, with his left eye becoming the sun, and his right eye, the moon. 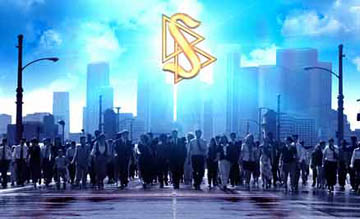 Good times in the streets / Source

Oh, those crazy Scientologists. They sure do get a bad rap, don’t they, what with the Wiki refusing to let their members update their own information and Germany’s attempt to ban the religion.

But have you ever wondered what they believe about the creation of the universe?

According to an undercover article in The Independent, Hubbard stated around 1940 that “writing for a penny a word is ridiculous. If a man really wants to make a million dollars, the best way would be to start his own religion.”

Their equivalent to a soul is called a “thetan,” but beyond that is actually a “disembodied soul of alien beings that existed 75 million years ago.” Stay with me here. Especially if you are into Sci-Fi.

Xenu, an intergalactic ruler, was about to be removed from power, and he wasn’t having any of it. Instead, he got rid of the population that was planning to take him out by paralyzing and taking them to Earth (good old Teegeeack at the time). There, he loaded them into volcanoes, destroying them with hydrogen bombs.

Bodies gone, he gathered the thetans – remember, those are the souls – and implanted misleading data, such as all religions, into their memories.

The thetans began to cluster together and inhabit bodies of aliens that survived the blast (how they survived a hydrogen bomb, one can only guess). Voila! You have the predecessors to modern humans, and these thetans continue to move from body to body and life to life accumulating more misleading data along the way.

Only with “auditing” can you remove this data, and set your thetan free!

Japanese Creation Myth: I Shit You Not. 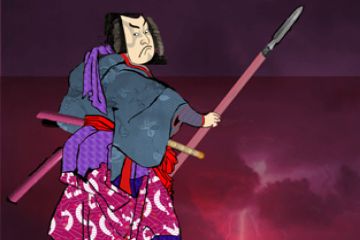 Watch out! It’s Izanagi and his spear

I really can’t say it any better, so I’m just going to let Cezary Jan Strusiewicz over at Cracked.com tell this Japanese creation myth. Hold on to your seats (and lunch):

What country has the honor to say that part of their homeland is basically godly spunk? Well, Japan does. The story of Japan’s creation is the god Izanagi pushed his “jewel encrusted spear” into “the primal ooze of our planet” and, when pulling out, “spilled a salty substance” that created the Japanese island of Onogoro. If you can’t spot the innuendo there, don’t worry, it only gets less subtle from here.

The story goes that when Izanagi finally decided to stop metaphorically “raping” the underage Earth below, he took his soon-to-be wife Izanami and descended on the huge island of dried ejaculate where they married and settled. After having sex on Spunk Island the woman gave birth to eight more Japanese islands.

Izanami continued to get pregnant and squeezed out more babies into the world. One of them was Homusubi (Kagututi), the incarnation of fire. A literal fireball. Learning first hand that fire is hot, Izanami suffered the worst burning sensation down there… and basically everywhere.

Being horribly burned from the inside she suffered agony for a couple of days, losing complete control of her bodily functions (what kind of gods are they?), vomiting, urinating and shitting uncontrollably. Her dying spasms of bodily functions gave birth to new gods, a pair for each substance that flew out of her body:

And there you go. 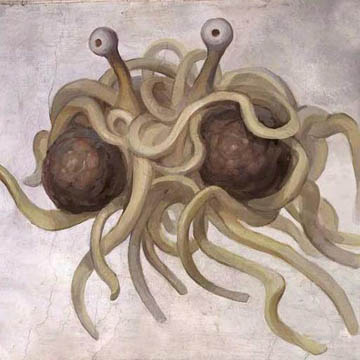 Without a doubt, this is my favorite creation myth (apologies to the Japanese). This religion “came to light” in 2005 while the Kansas School Board was debating whether or not to teach Intelligent Design in the schools.

In a letter to the Board, Bobby Henderson makes the point that there is not necessarily only one theory of Intelligent Design, that in fact many people throughout the world believe the universe was created by the Flying Spaghetti Monster.

Henderson states, “It was He who created all that we see and all that we feel. We feel strongly that the overwhelming scientific evidence pointing towards evolutionary processes is nothing but a coincidence, put in place by Him.”

With millions, if not thousands, of devout worshippers, the Church of the FSM is widely considered a legitimate religion, even by its opponents – mostly fundamentalist Christians, who have accepted that our God has larger balls than theirs.

Now that’s a creation myth I can get behind.

What are some other crazy creation myths? Share your myths below!