“So, tell me. What questions do you have?” the Sheikh asks, bringing me back to the present moment. 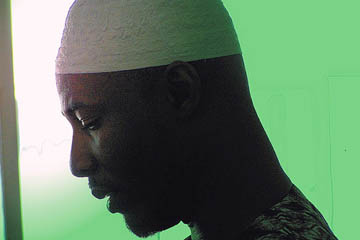 “Yes.” I clear my throat, trying to compose myself. “Sheikh, why do some Muslims have a mark on the forehead?” He translates my question for the eager family before answering. Mama giggles as papa touches his forehead callous. Ahmed and his younger brother grin at papa and then look back at me.

“This is zabeeba,” he says, pointing to papa’s mark. “In Arabic, it is raisin. You see, Muslims pray five times a day. It is salat. When we pray, our head touches the floor of the mosque and after some time, zabeeba appears.”

“Aha, a prayer callous. I get it. But why don’t Muslim girls have zabeebas?” Again, he translates before answering. Mama giggles so much, she starts jiggling. Papa, Ahmed, and little brother laugh too. Apparently, a woman with a zabeeba is just about the funniest thing they’ve ever heard of. The Sheikh smiles at me.

“Women wear hejab. With veil, it is not possible to make zabeeba,” the Sheikh explains. The family nods in approval. Kristina rolls her eyes at me and my question.

“So did the Prophet Mohammed have a zabeeba?”

“Of course.” Before I can ask anything else though, the Sheikh seizes the moment; he hands me a thick tome, heavily annotated, and instructs me to read aloud Old Testament passages from the Koran, Torah, and the Bible. He translates the passages I read. The family listens.

The Koran is the last and final word from God and is therefore the one and only true path to salvation.

After a moment of reflection, I reply, “all three are almost the same.”

“Yes. They are all almost the same. Exactly. Now, think of the order — it is important.” He scoots towards me, elbows on his knees, hands clenched together. “First comes the Torah. Next is the Bible. And finally the Koran is revealed to the Prophet Mohammed, peace be upon him. This is not by accident.” He pauses. “The Koran is the last and final word from God and is therefore the one and only true path to salvation.”

“So, if I’m not Muslim, that means that I’ll go to hell on Judgment Day, right?” The family listens to the Sheik’s translation and then goes quiet (my soul is at stake here, after all). They lean toward us. Nearing a whisper, the Sheikh replies. “Yes.” Kristina doesn’t look surprised and pops a dried date into her mouth. I pull back slightly and look at my hands. They’re a little sweatier than usual.

“Do you have another question?” asks the Sheik. Ahmed and his family listen intently in anticipation of my response.

“Yes, Sheikh. I do have another question,” I reply, picking the last of the date out with my teeth. “I was just wondering, and I know this might sound silly, but why do Muslim women and men shave their pubic hair?” 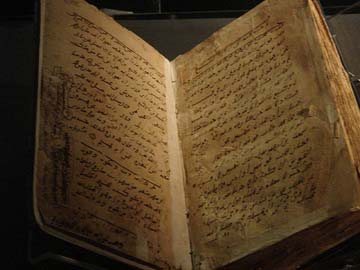 Blinking a few times, he seems to not understand my question. I repeat it, this time with armpit shaving gestures. Everyone gets it now and laughter erupts through the parlor. Throughout this though, his eyes never leave mine.

In the post-laughter lull, he answers my question. “Removing pubic hair is one of the five parts of the fitrah, or natural disposition, prescribed by the Messenger of Allah. As he did it for cleanliness then, so do we now for the same reasons, naturally.”

“Naturally. That’s why I do it too!” Laughter breaks out again and with it, our cue to do the same. I stand up and promise to call if I have any other questions about Islam. We shake hands and give our thanks to him and Ahmed’s family for an educational evening in Zagazig.

Driving back to Cairo that night — with the headlights of his car switched off (it saves on petrol, Ahmed assured me) — I start to wonder if I didn’t make a mistake. Maybe I should have just said the shahadah, the declaration of faith three times (as Ahmed had implied I should) and been done with it.

Converting to Islam would have pleased my hosts and friend beyond measure and really wouldn’t have hurt anything. Right?

Matador Travel community member, Eloren, has some advice on How to behave in a Muslim country (and avoid any trouble).

Tales from the road: Hong Kong, Bangkok, Cairo, and Jamaica