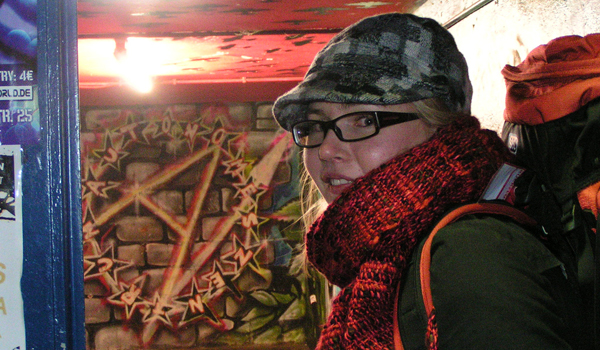 Photo by symmetry_mind
Noah Hussin hangs with the local Berlin anarchists looking for answers while trying to avoiding getting beer spilled on them.

Flailing his arms and splashing beer all over the bar, a semi-conscious man screams German obscenities as he’s dragged out the door, unsuccessfully trying to gain traction on the ground with rubber legs.

The eyes of the two men facilitating this expulsion show they are unaccustomed to such a forceful act. With a great sense of relief and accomplishment, the entrance is finally locked behind the perpetrator, who continues banging on the door for a minute or so before moving on in search of another establishment to harass.

In any community, violent elements must be dealt with promptly and efficiently. This particular group, though, holds non-violence as one of its immutable commandments, and those around me are visibly disturbed that such a scene needed to be made to deal with the problem.

Slowly, the dead silence dissipates and pockets of laughter eventually return to the crowd.

Whether you call them punks, squatters, liberals, anarchists, or any other pigeonholing label, this group of men and women has done a fantastic job flourishing and spreading their message in Berlin, perhaps the only metropolis in the developed world where such a thing is really possible.

Due to the extremely low cost of living and laughable rent, it’s possible for people here who don’t fervently participate in the capitalist game to speak out against it. After you finish your 12-hour shift waiting tables in Manhattan to cover the rent of your closet studio, you have little energy left to fight back. 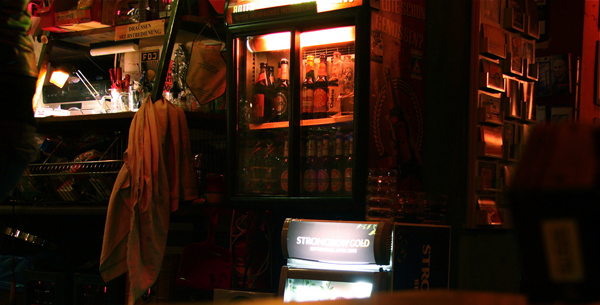 And I sit here now in one of the many locales that these lucky Berliners call home. Blanketing the walls of this bar at GrÃ¼nberger Str. 73 in Friedrichshain are anti-fascist anthems and logos hanging above notices for political demonstrations, punk rock concerts, and semi-legal clubs.

In the corner next to a bookshelf stocked almost exclusively with left-wing literature there’s a free foosball table that has been occupied the entire night by a pair of guys who seem to never lose.

But tonight, as on every Sunday at 7:00, people are here primarily for the food. Volunteers work behind the bar and in the kitchen preparing the meal for the evening. For just two euros, you get a full plate of expertly prepared vegan cuisine.

Tonight, we had meatless sausage with hot mustard, spiced potatoes, brussels sprouts, and apple rice for dessert. For one euro, you get a half-liter of beer.

Perhaps most respectably, this community transcends fashion and nationality. Although many patrons are Germans wearing metal in their faces and rags, not an eye is blinked as a group of relatively well kept French guests take their plates and sit down. What matters here goes deeper than language and clothing.

Anybody with an open mind who is motivated by equality and human rights is welcome for the food, the music, and the conversation. 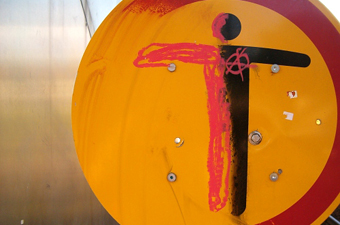 I have become accustomed to introducing myself in this continent with caution, so often have I been suddenly and tactlessly confronted with complaints and accusations about America’s incompetent government officials and economic recklessness.

We are too often considered proxies onto which the bubbling rage of neglected and ignored allies can be expelled. People here, though, are more interested in drawing parallels across geographical and cultural boundaries. Rather than self-righteously pointing out flaws in America, they are driven to build awareness of the problems that democracies and people face all over the world.

I become absorbed in refreshingly unpretentious and informed conversation to the point that I nearly forget about my friend who is waiting in the rain to meet me. (Sorry, Marie). As I reluctantly walk out the door, I’m given a copy of the current “Stress Faktor,” a monthly publication that informs about events of the community.

While it isn’t clear that this community has any kind of real political influence, it’s refreshing to see that there is at least somewhere in the hyper-consumerist urban world where people have the means and the drive to not only stop and think that things could be different, but to build an entire lifestyle around these ideas.