View all travel news
Top Countries
Top CitiesView All Destinations
Trending Regions
Trending Cities
Load More
Sure, yoga should be accessible to everyone, but are new forms of yoga more about the cha-ching than deepening awareness? 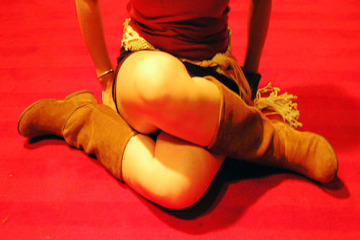 When I first began practicing yoga about seven years ago, I chose to learn the Iyengar form over Ashtanga or Bikram, the two other main types of yoga classes offered at the time.

Now, it seems I can’t look left or right without seeing a new “form” of yoga, most of which are trademarked before they even make it out the door and into a gym near you.

The newest crazes include Acroyoga , for those who feel like using a partner to stretch beyond their normal limits, and AntiGravity Yoga, or its sister (i.e. differently trademarked) Aerial Yoga, acrobatic forms of this ancient practice.

Then there is rope yoga, which uses a contraption that looks a bit like a Pilates rebounder, and the similarly-named but completely different approach of flat rope yoga, which has a person literally sitting on tight rope and holding a pose.

There are those out there, such as Shirley Archer, IDEA mind/body exercise spokesperson, who believe these different forms are simply expanding yoga to a wider audience:

I think yoga can reach people at many levels of interest and need. Some people seek yoga practice for the mental benefits, to clear their mind and achieve deeper levels of relaxation. Others practice it to enhance their own mind-body connection. Some simply enjoy the physical conditioning benefits in a more gentle environment.

But is this spiritually-based form of movement, practiced for free for literally thousands of years by millions of people, in danger of becoming just another capitalist exploit?

Take a look at Bikram’s lawsuit-happy approach to yoga. After obtaining a copywright in 2002 for his series of 26 postures taught in a 105 degree room, he began filing suits.

Any yoga instructor that has not completed his $6,600 teacher-training program who proceeds to teach this “hot” form of yoga is at risk of being slapped upside the head with some serious legal fees.

Other forms are not only costly, but can be life-threatening, as a lawsuit against Dahn yoga enterprises shows. The family of a woman who died of heat stroke and dehydration during a Master training hike filed a wrongful death suit against the group that some have alleged is cultish and money-hungry.

What do you think about the ever-expanding choices around yoga? Share your thoughts below.