Editor’s Note: Upon leaving the U.S. Marine Corps, David Danelo, a former infantry officer who also served as a convoy commander, intelligence officer and provisional executive officer in Iraq, was commissioned by the U.S. Naval Institute as a freelance correspondent. Writing from the U.S. Gulf Coast, Ethiopia, Kenya, and Vietnam, Danelo became increasingly interested in border issues affecting the United States and Mexico.

After spending three months traveling along the border, Danelo wrote The Border: Exploring the U.S.-Mexican Divide.

In this interview, BNT talks with Danelo in-depth about his experiences and the book. 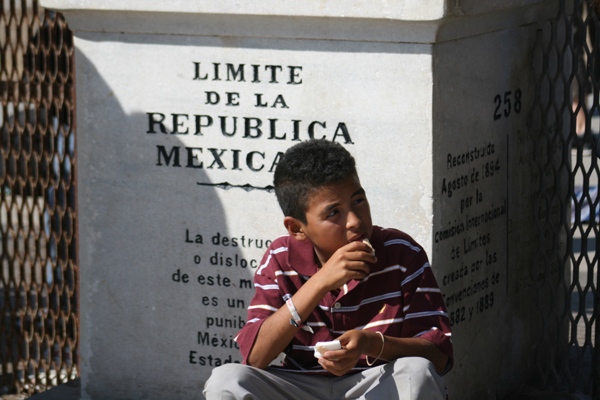 (BNT): You were an Marine Corps infantry officer who served in Iraq. When did you become interested in journalism, and what path led you to your current career?

During my 2004 tour in Iraq, I corresponded… with Steven Pressfield, a screenwriter and novelist best known for “The Legend of Bagger Vance” and “Gates of Fire.” Pressfield told me I was a great writer and I should give it a shot professionally. It made me feel like Michael Jordan had said I was a good basketball player.

I didn’t really know the first thing about professional writing, but I wanted to see what life was like outside the Corps and I figured it was worth a shot. I’m still doing it, so I guess it worked out.

I attended high school in San Antonio, where I was a white minority, and I didn’t understand the illegal immigration protests and the Minutemen — my experience had been different than the political rhetoric.

I was also interested in the national security implications of the border issues, but, because of my military background, I thought the story was much more complex than a Lou Dobbs sound bite. 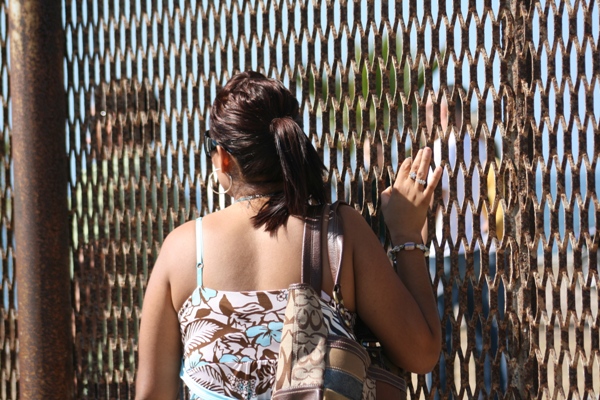 Tell me a bit about your research process– this wasn’t a book only about your in-person observations along the entire U.S-Mexican border, but clearly involved an extensive amount of research…. How did you choose your sources, how did you evaluate their credibility, and what kind of effort did the research involve…?

I read before my first trip– mostly to get some sense of where to go and how to get there– and then I looked deeper into issues that pinged my interest. Going back and forth was useful for me; each time I took a trip, that led to contacts, which led to new sources of information.

Assessing source credibility is something we all learn to do, whether we’re journalists, officers, businesspersons, engineers, etc. My own process is simply to observe, check my gut, and keep questioning my conclusions (which I’m still doing, by the way)….

One of the attributes of your book that I appreciated was that you tell a lot of stories overlooked in the very bipolar debate about immigration in the United States…. Why do you think these important border stories tend to be overlooked by the mainstream media?

Groupthink. Mainstream media reporters (both right and left wing) see the border as an illegal immigration issue, and the border itself gets diced into policy soundbites or prescriptions because journalists inevitably pick sides. It’s human. Our biases are hard to avoid.

In combat, I learned the necessity to distill “noise” from facts. When you command a convoy, you’re betting dozens of lives on what you know, and also what you think you know. Much of that knowledge works in shades of gray– ambiguity, hunches, instinct.

From that, you make assumptions; from assumptions, you might eventually find facts. But your life depends on knowing the difference between a fact and an assumption.

As you can tell from reading the book, my views conflict with both political sides. It isn’t that I’m trying to be “in the middle” just for the sake of it, but my own experience and study has led me to form certain conclusions.

I’ve taken a different route than most into studying this issue, which probably accounts for some of the different results.

In terms of the border issues, the reporters who avoid groupthink the best are (unsurprisingly) those from border states.

What would you identify as a few of the biggest myths and misconceptions about the U.S-Mexico border?

From the right, I get annoyed every time the media makes a stink about a “Mexican military incursion.” During the late 19th century, Texas rangers and Mexican rurales used to ride back and forth at will — the U.S. and Mexican governments had a hot pursuit clause to deal with Apaches, Comanches and bandits. Today, if the Mexicans accidentally drive on our side, you’d think we were back in 1848.

The “military incursions” fall into two categories: 1) Mexican soldiers have gotten lost or 2) Cartel elements have stolen uniforms and are posing as law enforcement. This isn’t a threat to our sovereignty; it’s an indication of Mexico’s failed local police and our failed security policy.

From the left, I’m troubled by the idea that legalization represents a panacea from the violence. I support legalization for many reasons, but even if/when that happens, you’ll still have security issues. Even if it’s legal, why will the cartels allow their trade to be legislated? Who would enforce taxation? And what happens now that Mexicans have seen
their police and military fail when it really counted?

In the mid-1980s, smugglers were doing big business in pet tarantulas; it was a temporary US. fad, but customs required 90 days to import new arrivals. Cartels were literally killing each other over the turf to move spiders into the US.

I can’t speak for Mexico City, but my observation in northern Mexico leads me to believe the threat to law and order goes well beyond drugs and cannot be contained by legalization. The north has been overwhelmed by banditry before in Mexican history, and I think we are seeing it happen again. 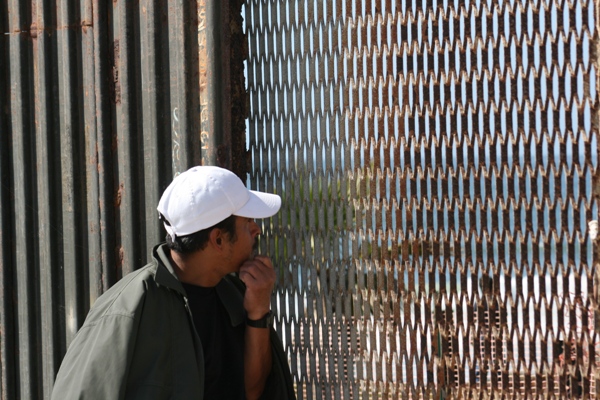 One of the conclusions that you reach…is that the border is not a monolith– it’s characterized by distinct zones, relationships between cities, industries, and many other qualities. Taking this into consideration, how can we develop and implement border policies that are effective and consistent while recognizing these crucial differences?

The anarchy and violence on the border as not on the same level as illegal immigration, water rights, or English-only schools. Our geographic and economic ties with Mexico make this a “red alert” problem. It should be treated as such.

A start might be to institutionalize a security cooperation zone instead of a hard line. Take the 100km US-Mexico free trade zone (50 km on both sides) and create an binational government organization/task force authorized to freely navigate both sides at any time. 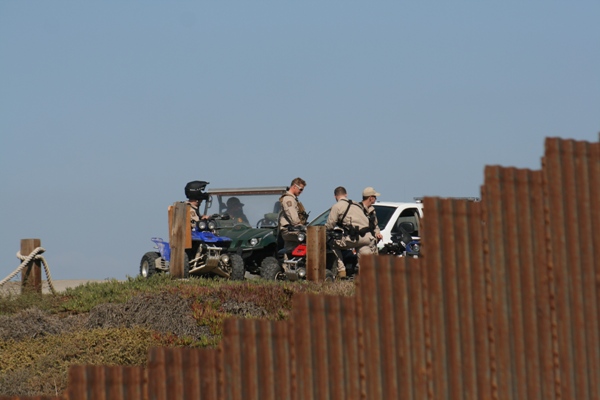 Because of the current conditions in Mexico, this would probably have to include US military (to work with Mexico’s soldiers), as well as Border Patrol and federal/state/local law enforcement. You’d also have to re-examine some Posse Comitatus issues, which might raise eyebrows. It would also be expensive. In my view, it’s worth a shot.

Another observation you make is how US policy efforts (I’m thinking, for example, of counterterrorism coordination efforts) lack effective coordination among multiple law enforcement and/or military entities. Even when coordination efforts are made, they don’t seem to function well, as your poignant story of Esequiel Hernandez illustrates. How can this improve?

In many ways it has improved — especially since 9/11 and Iraq. Keep in mind that Esequiel Hernandez was in 1997. Institutionally, the military has probably changed more as a result of the Iraq War than it would have otherwise.

Had the war in Iraq not happened, and had the military not been so incompetent initially in confronting counterinsurgency, we probably would never have seen any discussion of language, culture, or the military/law enforcement/judicial relationship in the nature of war.

If a squad of Marines who were Iraq veterans were sent down to the border today, there’s no way they would buy any of that “sit in a hole and don’t talk to anyone” crap. Their schools– all developed post-Iraq– have taught them to work under a different set of tactics that leverages more law enforcement techniques.

I’m not trying to use this answer as an argument for going to war in Iraq. Just because some positive unintended consequences unfolded does not make the decision strategically wise. But the military, like all human
organizations, is forced to adapt under pressure and adversity.

Interagency coordination is better than it once was because government organizations have learned from Al Qaeda and Iraqi insurgents: coordinate or lose. Prospective failure helps clarify your options.

A reader’s take-away might best be summarized by the advice I received before starting the project: “Do not understand the border too quickly.”

My own take-away is to not understand ANYTHING too quickly! Information is easy to find, but new, wise, insightful thoughts are hard, really hard, to obtain. I couldn’t have written this to you even a year ago. So my lesson is to put attention, patience, and energy into learning something– and then trust that it will pay off when the time is right.

Oops- that’s not all. One more question! What’s your current project?

I’m working on a novel — and, for superstition’s sake, I’ll not say more until I am finished!

To learn more about David Danelo, visit his website.

The optimal road trip to see all the US national parks, mapped
How to get around Miami like a pro, according to a local
7 luxurious airport hotels that’ll make you forget you’re right next to the runway
An overnight train is the best way to experience Canada’s winter wilderness
Stay at these 8 haunted Airbnbs for a truly terrifying Halloween night

Could virtual windows in airplane cabins be the future of aviation?