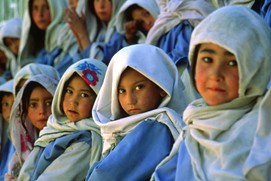 The return home rarely transports the traveler back to the place where his journey first began. To travel full-circle would entail the total absence of a journey. It would be the result of never venturing anywhere new.

The essence of a journey is this strange process of return-where one travels beyond the expected destination and learns to embrace change; its strange faces and cultures and unspoken encounters with fate.

The road of the journey is as mysterious and as mystical as life itself. The journey is life at its core and life is a journey at heart, yet oddly, having departed and returned, the traveler glimpses the circulatory nature of all things-back to a new square one.

Mountaineer Greg Mortenson left his western roots for another mountain on another expedition across the planet. His sights were set on K2; a spire of beatific magnitude that forces the mind to discard the idea of impossibility.

K2 is a towering cliff of rock, ice, uncertainty and death, located in the Karakoram Range of northeastern Pakistan. The world’s second highest peak, K2 is not just another summit within the boundaries of your state’s park system.

K2 is the adventurer’s dream – a climber’s paradise of long-distance travel that requires hours of planning and coordination, research and resources in order to achieve the slight prospect of an indeterminate outcome.

And being a technical route, which requires not only adept skill in mountaineering, but rock and ice climbing as well, the climber must surrender to a life of insecurity in preparation for the peak.

To Tackle A Dream

The summer of 1992. Greg leaves his homeless reality in Berkeley, California to tackle a dream in honor of his dead sister. The ascent was obvious – goals clearly defined – but where he would be led on the descent was the looming question.

First, he had to survive a frozen night after wandering from discreet trails of ice and crevasses. Second, he would have to overcome the tests his philanthropic future determined for him. And third, he would need to delve into the heart of Western and Eastern politics and emerge unscathed to continue his push for change.

Mortenson would be summiting mountains more tumultuous than any earthly spire. His quest traversed a range of humanity, with crags of expectations, manipulations, and desires, connecting together the races of our species and the unique beliefs we hold too securely in our minds.

Greg Mortenson would eventually become the link between education, respect and peace.

The Central Asia Institute (CAI) is the result of the journey Greg began by returning off K2 – a journey of flights in perpetuity, sleepless days and nights, and the missed and irreplaceable moments with a growing family. Greg, a onetime mountaineer transformed into a philanthropist, began to build schools.

Flying from the Western United States to the deep abysses of Asia, to presentations at inanimate chair-backs and an anxious detention within a cell in the center of southern Afghanistan’s rising jihad – these experiences characterized Mortenson’s new life.

The first CAI school was raised in Korphe, and then a second and a third as Baltistani locals witnessed the care and concern of a few foreigners who came to their mountainous region with one goal on their minds.

From the outset, Greg was known to be different, different from previous mountaineers, different from most western minds. In his ultimatum is the reunion of the Asian cultures-their systems of belief, religion and lifestyles-with the broadening world of education. 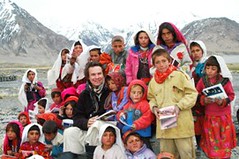 With steadiness and fierce grace that befuddles the ordinary businessman and politician, Mortenson exposes the problems of terrorism and resolutely proposes a cure with his school-building projects: Education.

Countering the widespread dissemination of madrassas, or strict Islamic religious institutions for youths with little to no opportunities, Greg sends a clear message of universal education for both male and female children alike as the world’s cure to poverty, disease and war.

And he sets a perilous new goal as he ventures from the northern reaches of Pakistan across the Khyber Pass into the heart of Osama bin Laden’s mountainous Afghanistan, where warlords and opium growers begin to accept his view of an educated society, the East and West together.

Three Cups of Tea harnesses his tireless spirit and initiates readers into his world of unbeatable determination.

As with climbing mountains, Greg continually surrenders himself to a system of education, seeking to bring those less fortunate into a world of opportunity. Yet with so little time, how could he begin the arduous process of putting the journey down on paper?

Greg leaves that to ghostwriter David Oliver Relin, while he surges forward with steam.

From the first departure toward conquering the world’s highest mountains in the most inhospitable atmospheres, Mortenson returns to his roots, battling strict forms of belief in order to implement a society of educated boys and girls.

Click here to buy Three Cups of Tea: One Man’s Mission to Promote Peace…One School at a Time

Cameron Karsten writes spiritual and health travel columns for Brave New Traveler. He left his formal classroom studies to indulge in dreams of travel at 19 years old, and has been wandering ever since. Visit his personal website.
Tagged
Books
What did you think of this story?
Meh
Good
Awesome

21 drinking games you can play in any bar
The 50 greatest campfire songs of all time
10 horror movie locations you can visit in real life
The 11 best roller coasters and thrill rides in Las Vegas
For the perfect day of hiking and Colombian coffee, head to Jardín